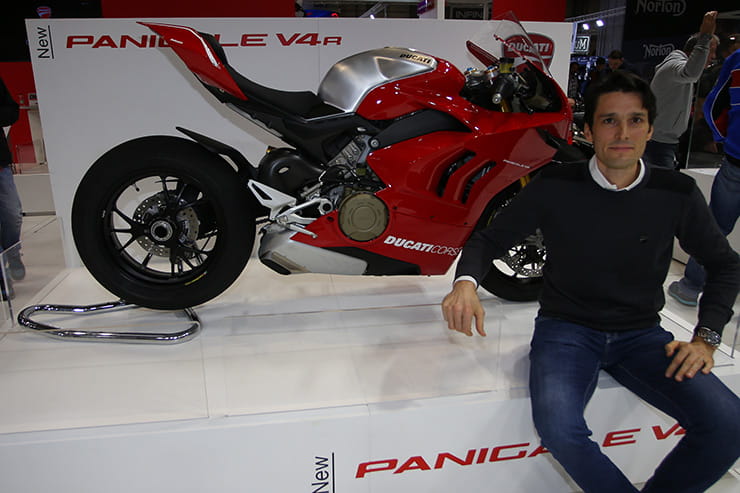 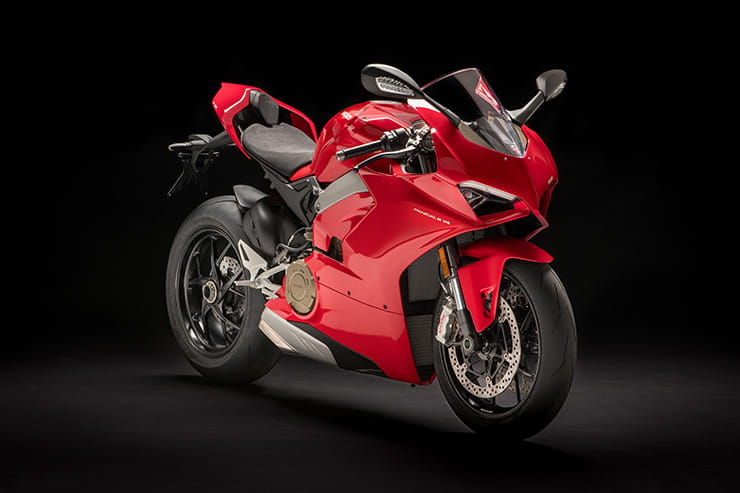 Ducati have a long and illustrious history in the World Superbike championship. Since WSB’s inception in 1988, the Italian firm has won a staggering 14 rider’s titles, 17 manufacturer’s titles and more race wins than anyone else. But recently the trophy cabinet in Bologna has been somewhat redundant as the firm’s V-twin has been outgunned on track.

Ducati haven’t won a WSB championship (either a rider or manufacturer’s) since 2011 when Carlos Checa rode the 1098R to victory. And, worse still if you are a firm as passionate about track success as Ducati are, despite all its cutting-edge technology their flagship model, the Panigale, has broken the firm’s run of victories. Every single V-twin incarnation from the 888 in 1990 through the 916, 996, 998, 999 and 1098 have tasted WSB success – except the Panigale, which has been soundly beaten by not only local rival Aprilia, but also Kawasaki. And that really hurts Ducati…

So what do you do about it? You hit back hard and a year after the Panigale V4 was unveiled, 2019 sees Ducati’s first season in WSB and the British Superbike championship using a V4 motor. And not just any V4 motor, in true Ducati homologation-special spirit the Panigale V4 R is a bike built with just one purpose in mind – to knock some cobwebs off that trophy cabinet. How special is it? BikeSocial caught up with Stefano Strappazzon, Vehicle Project Manager for the Panigale V4 R, at the Motorcycle Live show at the NEC to see what delights hide beneath its skin and what they have done to ensure WSB and BSB success. If you are a rival manufacturer, you should be very worried indeed… Did you develop the 1103cc engine first and then the 998cc or were they a joint development?

SS: “They were developed in parallel. We started the V4 with the R version in mind, however the 1103cc motor was the first to reach the market and we have spent the last year developing the race-orientated version as we needed more time to develop the whole bike with Ducati Corse to reach the performance we required.”

Were there pre-set targets for the R in terms of its performance?

SS: “With 1103cc V4 we were creating a motor with high torque to make it easy to use as a road bike, hence its larger capacity. But with the R our target was to have maximum performance for track use and racing. While we didn’t set a specific target, we went for maximum power and interacted with Ducati Corse to understand what they needed. The WSB engine is even more developed with even higher performance, but it is not for road use.”

SS: “I don’t know the stroke of the MotoGP bike, but they have the same bore and almost the same capacity so in principle they are very similar.” [Ducati quote the 2018 Desmosedici as 1000cc] SS: “The 16,500rpm rev limit is only in top gear, in all other gears it is 16,000rpm. The advantage we have is the desmodromic valve system, which is very helpful for high revs. The issue is how to follow the movement of the valve when they are moving so fast and the desmo system makes it easier to follow the opening and closing of the valves. [In a ‘conventional’ valve train the valve is shut with a spring, which can cause ‘valve bounce’ at high revs, which is when the motion matches the valve spring’s natural resonance, causing it to open independently of the cam with drastic consequences when it hits the piston! You can overcome this with double valve springs, which have different natural resonances meaning one counteracts the other, or in the case of MotoGP by using pneumatic ‘sacks’ to close the valves instead of a spring. Ducati’s desmo system mechanically shuts the valve, eliminating valve bounce, and is why in MotoGP they are the only manufacturer not to use pneumatic valves despite their bike revving to (it is believed) over 21,000rpm!!!]

SS: “Because we want to preserve the engine and its reliability, if you have 16,500rpm available in every gear you will stress the road engine too much. We want to have the possibility of this limit, but to also conserve reliability. This limit will not apply to the race bike, it will be able to rev to 16,500rpm in every gear.” So is the high rev limit designed to ensure that any rev caps imposed by WSB’s rules don’t hinder the R’s performance?

SS: “The maximum rev limit in WSB is based on the homologated road bike’s rev limit, so to have a high limit on the road bike is certainly advantageous… Ducati Corse will find it helpful. In truth, we hope to be capped as it means we are winning!” [Basically, Ducati have engineered in an artificially high rev limit on the R to dodge any caps that will be imposed upon them by WSB’s rule makers should they start to win…]

What else has changed within the motor?

SS: “We have lightened many components such as the crank, which is 1.1kg lighter than the 1100’s unit, and using titanium con rods instead of the 1100’s steel units, saving 100g each and also titanium intake valves. The lighter the engine’s internals, the less their inertia within the motor, allowing higher revs and also not absorbing as much power making them move. There is also less stress, making the motor more reliable, but on the R the main target was performance and revs.”

You talk about power, aren’t V4s all about torque?

The Corse prototype show at Brands Hatch ran a dry clutch, was this an option for the road bike?

SS: “We could have homologate one for the V4 R road bike, and the race team are testing a dry alongside a wet clutch, but we decided not to use it as it was no better than the standard wet clutch.” 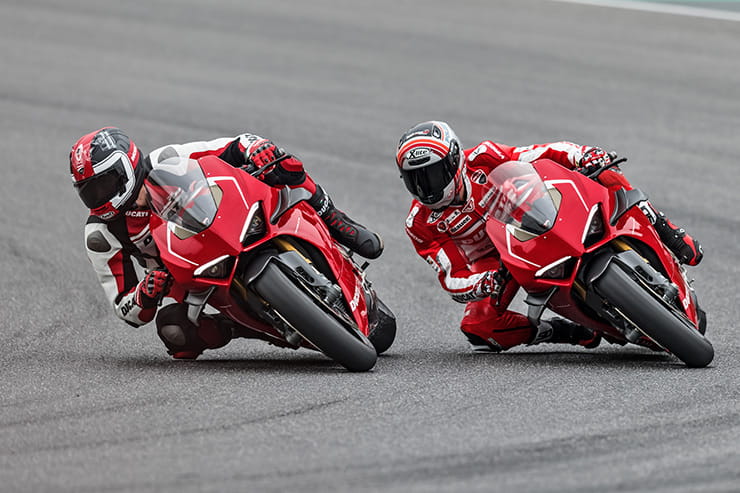 You said you developed the bike alongside Ducati Corse, what did the race team ask for specifically?

SS: “The WSB rules don’t allow that many changes to the bike and so their main requests were in terms of chassis and aerodynamics. We developed the frame with them to their specific rigidity, introduced an adjustable swingarm pivot and added the new fairing. WSB is a silhouette class, so very few changes to the homologated fairing are allowed. Corse asked for an efficient fairing and we developed an all-new side fairing, front fairing and screen for the R that are totally different to the Panigale V4 and V4 S models’ fairings. The R’s side fairing is new with vents to pull hot air away from the engine and the nose fairing is wider to increase the air flow around the rider and it also channels air onto the wings. The wings are even more efficient than the current MotoGP bike’s wings as they are the old GP16 style with the ideal shape and not the new shape where the ends are joined that MotoGP’s rules dictate. If you look, the wings are effectively up-side-down airplane wings with the tips pointing downwards, improving stability on the straights and also improving turning and braking. They are a big improvement and give 30kg of downwards load on the front, helping to stop the front floating and allowing the bike to accelerate faster. Aerodynamics are as crucial as a powerful engine nowadays because if you can stop the front floating you can use more power and less traction control – giving you better acceleration.”

SS: “WSB allows the cams and gearbox to be changed, but not the pistons, crank, valves and con rods and so we have developed special two-ring pistons for the R, titanium valves and the crank is a forged steel item. Ducati Corse suggested what would help reduce the motor’s weight and increase its power, so we also have a lighter alternator rotor and improved oil pump within the motor as well as a totally different intake system with bigger throttle bodies.”

How did you manage to make this meet Euro4 emissions regulations?

SS: “It was very hard and noise was the main challenge. If you remove the standard road silencer and fit a race Akrapovic it is well above the noise levels! A race exhaust allows the bike to hit 231bhp and drops the dry weight to 165kg as the race silencer is 5.5kg less due to the lack of restrictions.” 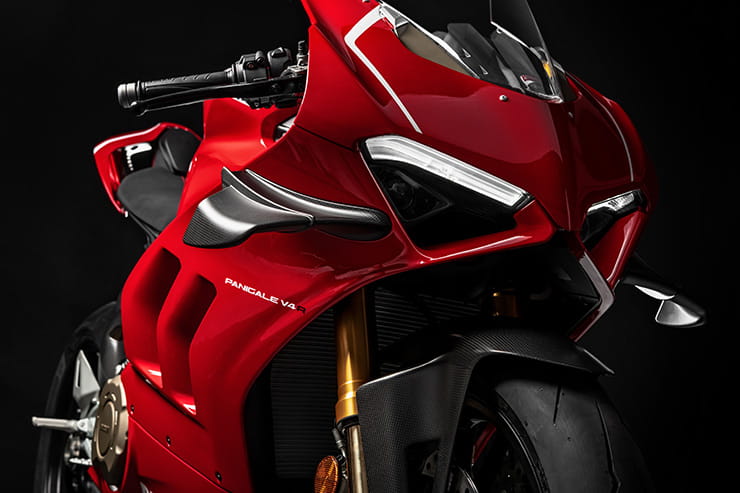 SS: “It is, we worked very closely with Ducati Corse to makes sure our first V4 in WSB is successful. The feedback so far has been very positive and we are confident…”