Steve McQueen – The King Of Cool: What He Likes In A Bike And Why 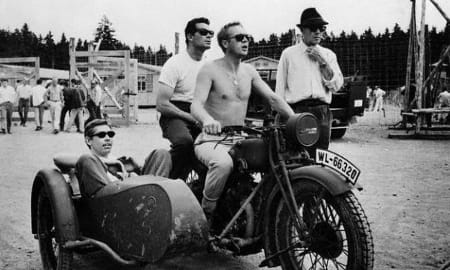 To celebrate Steve McQueen’s 84th birthday we take a look back at his love of racing motorcycles and revisit an incredible road test McQueen did in 1966 for Popular Science Magazine. We take a closer look at some of the dirt bikes the King of Cool originally tested, with the help of Classic MotorCycle magazine editor James Robinson, Spirit of the Seventies Managing Director Tim Rogers, and the Bike Social team.

The King of Cool and His love for Biking…

Charismatic actor, movie star, petrol head and dedicated motorcyclist, Steve McQueen was all of those things and more. He was the undoubtable King of Cool both as an actor on screen, and was the focus of many headlines off it. Known for his love of cars in the movies and that famous jump scene from the Great Escape (which was actually performed by his mate Bud Ekins), it was McQueen’s love of motorcycles that kept the man amused away from the screen. By the time McQueen passed away in a tragic death in 1980 from a lung disease at the age of 50, he owned more than 100 motorcycles ranging from classic Montesa motocross bikes to customised Harley-Davidsons and British classics. 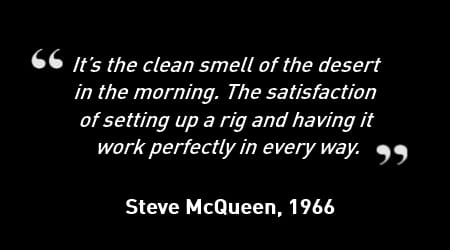 A dedicated desert racer who regularly entered dirt bikes in extreme races like the gruelling 500-mile Mojave races in California, McQueen often entered under the pseudonym Harvey Mushman. McQueen also took part in the 1964 International Six Day Trial (ISDT) in Germany, and famously stopped off in London on his way to the race, buying him and his official American team full Barbour International clothing to use in the race.

He may have not have eventually finished the gruelling six-day race, but even to enter the ISDT illustrates just how good a rider McQueen was. The ISDT (now called ISDE) was, and still is one of the toughest motorcycle races in the world. 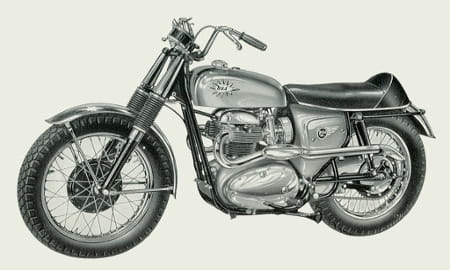 Bike Social: “This alternative to the Bonneville was a stripped-down desert racer version of the BSA Lightning. It was a bit heavy in reality but a bit of a bruiser. It was massively aspirational bike in its day and still is today, if you can find a decent one that is.”

What McQueen said in his 1966 road test: “The first bike I tested – the BSA Hornet – is designed for desert riding or scrambles. It has a powerful 650cc engine and a damn good air cleaner – real important for hard riding in the dessert. It’s important for the longevity of the engine because you don’t have to take the carburettor apart for get the slide unstuck from sand and grit, a problem they don’t have in the East. It’s a keen bike. But I found it awfully heavy. A lot of weight would have to be stripped off to make it competitive.”

What James Robinson, Editor of The Classic MotorCycle magazine says today: “Though the unit Beesa wasn’t as well loved as the earlier (pre-unit) version, the Hornet was a genuine, ‘hot’ twin which was able to give Bonnevilles a run for their money, particularly in the desert. Among the last generation of the heavyweight desert-sleds – and among the best too.” 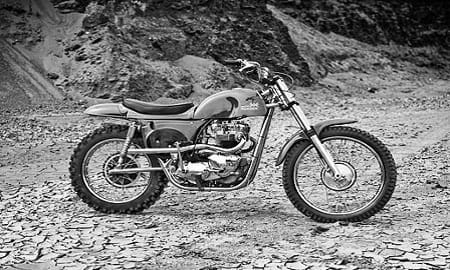 Bike Social: “One of the most iconic dirt bikes in modern history, there’s actually a new version of the Metisse available for sale today. 300 of the bikes will be built and the first one off the production line went to Steve McQueen’s son – Chad McQueen. It’s as beautiful today as it was when McQueen rode it.”

James Robinson:  “Many specials used a Norton chassis – but, actually, Nortons’ didn’t necessarily excel off-road, so what better frame and cycle parts to use then the Rickman brothers’ famous Metisse. Couple that with a Norton twin engine – by then among the best about – and it’s a recipe for bundles of torque. And fun.”

Steve McQueen:  “This is a TT bike with trials tyres and no knobbly treads. It’s a 750cc, four-stroke, two-cylinder that has lots of torque. It produces almost 60bhp at the rear wheels. It’s a handful. This semi-custom model isn’t a true scrambler. It’s more of a TT or track racing bike, because of its shorter forks which give you less ground clearance than I like a scrambler to have. Norton’s history in road racing is well known, but desert riding is a bit different. You need the torque and you also need the handling.” 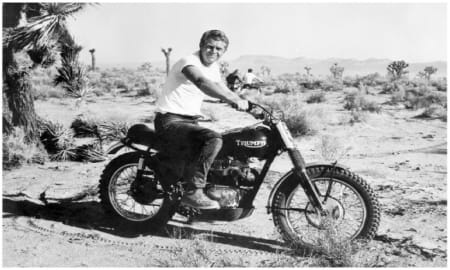 Bike Social: “The original and some say the best was the iconic bike of a generation looking to get their kicks on two wheels. It was and still is a true icon of motorcycling cool. It still feels like a decent motorcycle up against modern competition and actually out performs the modern Hinckley-built Bonnie in many ways. Achingly cool.”

Tim Rogers: "Triumph Bonneville. An icon and my personal favourite of the bikes here. I’m probably biased because I grew up a couple of miles away from the original Meriden factory and now at Spirit we work on the Hinckley versions regularly. It has that connection with McQueen that lives on to this day that no doubt fuels the desire of purchasers of machines in 2014. Then there’s the whole International Six Day Trials heritage that adds to the mystique although the bikes used there were TR6SC’s and T100SC’s. It was obviously a very capable machine in its desert scrambler guise."

Steve McQueen: “My feeling has been that the Triumph Bonneville 650cc has been the best for the desert until recently when the lightweights started to nip at its tail. It has more wins in desert racing than any other bike. It too is of the brute variety. I found its new unit construction to be quite an advance over the earlier separate engine and gearbox. The front end has a tendency to push but then you adjust to that and have a very smooth ride, and the Triumph front forks are bloody good.”

“Boy isn’t it great”, said McQueen after he finished testing the bikes for Popular Science. The movie star had just finished filming a movie called The Sand Pebbles where he got paid $750,000. Popular Science asked McQueen why does he spend his time cow trailing on a motorcycle? He said: “It’s the clean smell of the desert in the morning. The satisfaction of setting up a rig and having it work perfectly in every way.”

James Robinson, 35, is the editor of The Classic MotorCycle magazine, and has been for over 10 years. He owned a 1946 BSA B31 at 17, the first in a long list of classics bought, sold, traded and swapped, including machines from Vincent, Norton, Triumph, Velocette, Sunbeam, Scott, Douglas… with notable highlights including a BSA Rocket Gold Star and Velocette KTT.

Tim Rogers, is Managing Director of Spirit of the Seventies, creators of classic, stylish and custom bikes for those that look for something different and bespoke when riding. Completely immersed in the business, Tim works on the bikes, testing and all of the photography involved. Speaking on his love of bikes Tim borrows a line from Carol Shelby on what’s his favourite bike, answering ‘the next one’.