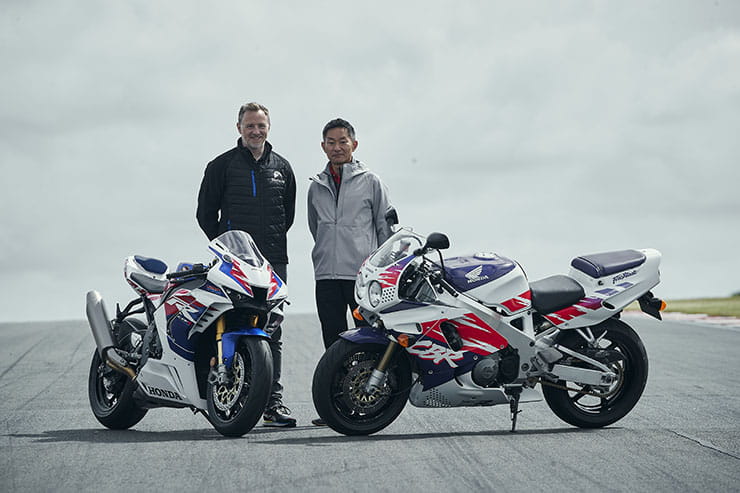 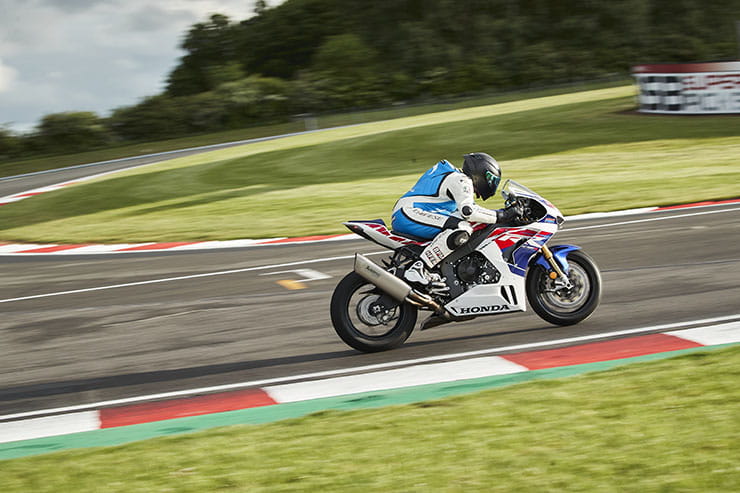 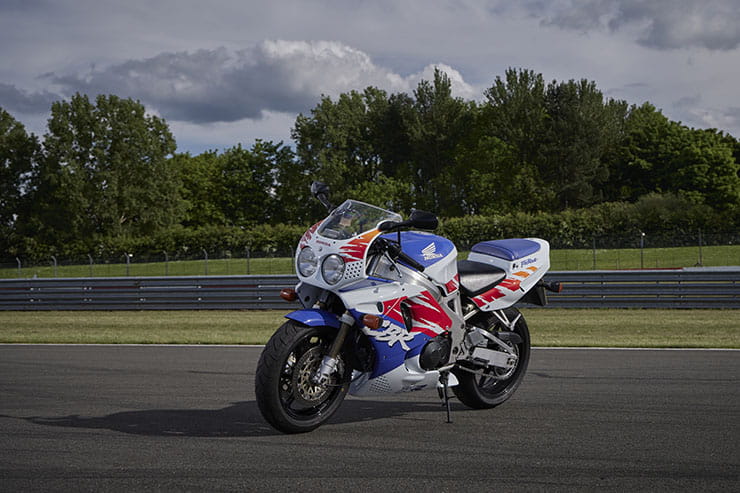 As the mighty, mercurial and much-loved Honda Fireblade celebrates its 30th anniversary in 2022 the tale of the tape demonstrates how Honda’s superbike has transformed since Tadao Baba’s ‘light is right’ creation. From the 1992 CBR900RR to today’s CBR1000RR-R we’ve seen an increase in capacity up from 893cc to 999.9cc, a 5kg weight saving down to 201kg, and an increase in dimensions including wheelbase, seat height, length, width, and height but a maximum power figure of almost double that of the original is where the story unfolds.

From 120bhp @ 10,500rpm up to 215bhp @ 14,500rpm is the savage truth of how generations of Fireblade, an icon in global motorcycling, have evolved into Fuyuki Hosokawa, the Large Project Leader’s, Honda Fireblade of 2022.

Over the years, the racetrack has been the spiritual home for the model, and where its DNA can be traced. Success has come sometimes sporadically, sometimes in waves when competing in production bike-based classes including Word and British Superbike and Superstock as well as World Endurance including the famous Suzuki 8-hour race, arguably most important of them all for the Japanese manufacturer, and of course road racing, notably the Isle of Man TT.

As the 30th anniversary celebrations flowed at the 3rd round of the Bennetts British Superbike Championship held at Donington Park, I had ten minutes with Hosokawa-San, the man behind the latest incarnation of Honda’s sportiest of Race Replica’s. 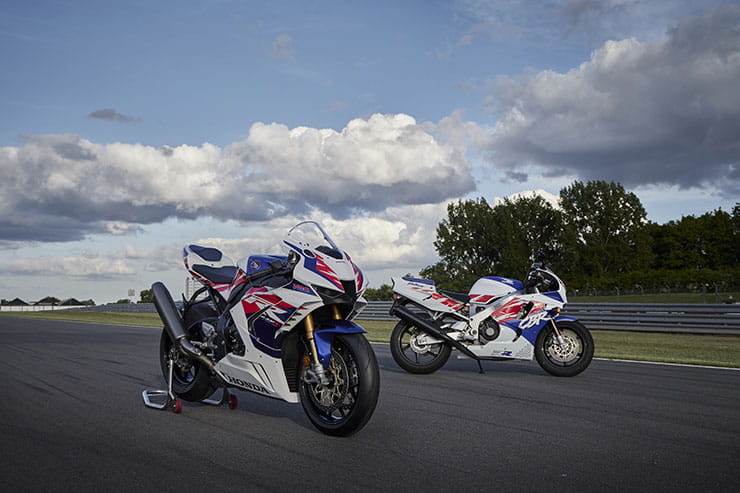 Have long have you been involved in the Fireblade project?

I joined Honda in 2000 and I’d always loved the Fireblade since before joining the company so after I joined the company, I bought a 2000 Fireblade and loved riding that. My first period with Honda was with different bikes but from 2008, I got the chance to be the Test Project Leader for the ‘blade. From 2008 my first experience with testing was to be the test rider, and then from 2012 model I was in overall charge of the whole testing team and that’s basically been my main focus ever since. The Test Project Leader’s main role in Honda is to work with the Large Project Leader to fix the concept of the bike and as we go through the development of the bike, you’re always making sure you’re on the way to meeting the concept that you fixed. For the 2022 model, I was actually both the Test Project Leader and the number one guy, so the Large Project Leader, so two roles.

When the ‘blade was born, most big bikes had incredible amounts of power, but they were also quite heavy, so the starting point with the Fireblade was how to take the weight of the bike to the minimum limit possible, how to make the bike with the best power-to-weight ratio, the reason for that was to make the bike as controllable and as fun to ride as possible. That was the starting point for the bike.

That enjoyment of the bike comes from its controllability, so throughout the evolution even though there’s been a bit of a change and a focus that means the bike is used as a race bike, well a race bike needs to be controllable as well, so if you’re not able to handle the bike the way you want to you won’t be enjoying it and you won’t be riding it fast and that is something that has never changed about the Fireblade, that controllability being the reason why it’s such as fun bike to ride.

How much of the 2022 road bike’s development was also focused on the race ability to compete in WSBK, BSB, Suzuka 8hr, for example?

Obviously developing a mass production bike and developing a pure race bike the regulations are different so it’s a slightly different thing but when you’re production-based racing like World Superbikes and British Superbikes, the potential of the road bike, which has to pass all the road emissions, regulations, etc. that has to be very high, and so I think the change that came in 2020 was quite a big one because there was a more significant focus making the base potential of the road bike something which would help us win races. It goes back to what I was saying before that a powerful bike is no good is you can’t control it, and that’s the same if you’re on the road or on the racetrack. So we think the bike, since 2020, has been more focused on the race track but that doesn’t mean it’s less fun to ride as a road bike, because what is generally what it useful and fun and fast to ride on a track is also useful and fun to ride on the road so there’s always been that element to it, as well, but the focus has been since 2020 more on that race-winning potential of the mass production bike. 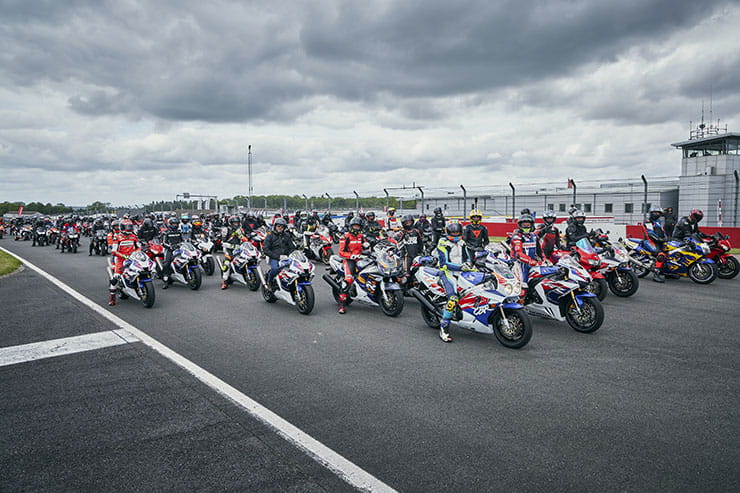 The power-to-weight ratio of the 1992 bike compared to the 2022 bike has naturally increased significantly, almost double, but how about the future of the Fireblade? What are the stages of development that you’re focused on?

As you say, it’s evolved enormously but in the future it’s hard to imagine a giant leap forward as a big revolution, so we’ll have to keep working little by little on improving the power and improving the handling. We will always have in mind that the fun of the bike and the enjoyability of the bike is born from that controllability.

In an extreme case, let’s say if we changed from a combustion engine to a motor, even if we made that kind of change it will always be about that controllability being what makes a Fireblade a Fireblade and what makes sports bikes fun to ride but I think that will not change in the future.

Why were the changes necessary between the 2020 model to 2022 model?

The real focus after 2020 when we felt as though we got to a really good place with fantastic top end power, the real focus for this bike was to also improve the low-mid power, so the power delivery in the mid-range in particular. So, as a development team, when we got together to think about the next steps, that was the thing we all agreed is what would make the bike that much better. The benefit of that is not only for race teams but it’s also equally as good for the customer to have that extra mid-range, so that was the real focus from the start for the development team for this 30th anniversary model.

Was it just a change to the engine components and gearing, is that correct?

And of course, for racing the gearing (because you can change the final drive in racing that isn’t such a relevant thing), but for people that ride the bike on the road, changing the final drive and changing the gearing, was something that we felt would be really important for them as well. In addition to that, for the mid-range power delivery change, there’s also that improvement to the gearing, so that’s the two main things that we focused on.

It'll certainly be interesting to stand here in another 30 years to see if there is an e-Fireblade by then?!

Who knows what will happen in 30 years’ time, I like the combustion engine but the thing that must be maintained is the ability on two tyres to have a bike that has the best balance possible that is enjoyable to ride. If that, in the future, becomes an electric motor then so be it, but the most important thing is to have the continuation of making the Fireblade as fun as possible to ride. And I’ll be retired in 30 years’ time!