How to... remap your engine 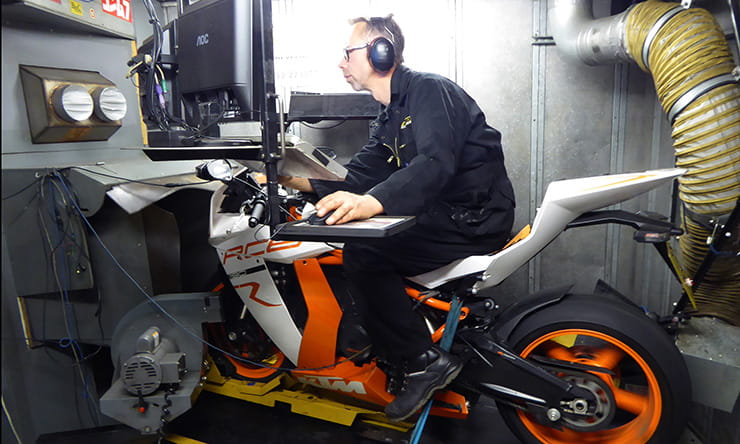 The power delivery of a modern, fuel injected motorcycle engine is managed by a computer called the ECU (Electronic Control Unit). On the fanciest bikes, the ECU is linked to traction control systems and quick shifters. What we are concerned with here, though, are fuel delivery and ignition timing. Variations in these, plus the temperature and density of the air the engine breathes are the key factors in determining the amount of power delivered to the back wheel and the smoothness of that power.

Smooth power delivery is more important for an enjoyable ride than maximum power. Most road riders, at best, can use 120bhp. Anything more than that is good mostly for bragging rights and the occasional bit of scary fun.

Sadly for us, when a motorcycle leaves the factory, the ECU is programmed mainly to comply with emissions regulations. Smooth power, is a secondary consideration.

Before 1 January 2006, when Euro 3 Emissions Regulations were introduced, it was different. You could squirt as much fuel into the cylinders as you needed, and if a lot of it got chucked out of the exhaust unburned, nobody cared.

The regulations control three types of filth that engines produce; Carbon Monoxide (CO), Hydrocarbons (HC) and Nitrous Oxides (Nox). To meet regulations, the engine has to run as lean as possible.

Volkswagen took a novel approach to emissions in the car world (different regulations) by choosing to lie – a fib that is going to cost millions of Euros.

Luckily, there are options that we can exercise without breaking the law. We can alter the fuel delivery and the ignition timing to get the power delivery we want.

For a long time, the only way to do this was to use a device downstream of the ECU which intercepted the outgoing signals before they reached the injectors. By modifying the signal, you could alter the fuelling. Additional modules could be added to control ignition timing.

The best of these was the Power Commander. It still has its uses, but in recent years, software has been developed which gives direct access to the ECU. You are not modifying the ECU output to get a better result. You are working inside the ECU itself, generating the signals you need which are sent direct to fuel injectors and the ignition system without the anomalies which can arise when they have been modified by an interim device.

My current bike is a 2013 KTM RC8R, which I bought a few months ago. It’s a great bike but the fuelling was snatchy coming off zero throttle, uneven on steady throttle openings and snatchy when rolling on the throttle at some points in the rev range. I took it to BSD Performance who remapped the ECU.

Tell Them What You Want
It’s not just about power and smoothness. A long distance rider may want better fuel economy, for example. Make sure the tuner knows what you want before the work starts.

Making it Safe
The existing ECU map is downloaded to a computer. This is for safety. If something goes wrong, the original map will restore the bike to its previous state.

On the Dynamometer
A dynamometer measures power output. BSD uses a Dynojet 250i which measures power at the only place it counts, the rear wheel. BSD remove the standard Lambda sensor, which analyses exhaust gases, and fit their own Lambda sensor. The bike is warmed up, usually under load which is generated by applying braking force to the dyno’s roller.

First Run
With everything warmed up, big fans are switched on to keep the engine cool and to make sure that there is sufficient airflow for the injectors. A power run is made and the results are analysed.

Tuning
Working from the results of the first run, alterations are made to the fuel delivery and ignition timing as necessary. Additional runs are made as needed to deal with any specific fuelling and ignition flat spots that the operator has discovered.

How Many Settings?
The range of adjustment offered by the software is comprehensive. Up to 2,000 rpm on my KTM, for example, you can adjust the fuelling for twenty different throttle positions every 200 rpm. From 2000rpm, the intervals rise to 250 rpm and at 4000 rpm and above, the intervals are 500 rpm.

It’s Not Just About the Numbers
A good dyno operator uses his or her feel for an engine to detect flat spots and other glitches while carrying out the dyno runs. They can sense what the bike is doing through the seat of their pants. That is the difference between an average remap and a good one. It takes experience.

The Result
Like my Suzuki GSXR750 K8 before it, my KTM has been transformed. It’s lost none of its excitement but is a whole load easier to ride, particularly in the wet. It’s absolutely smooth throughout the rev range. Peak power is 160 bhp, which is about 40 more than I really know what to do with, even on a track.

Cost
It costs from £275 plus VAT for a complete remap. That’s already cheaper than a Power Commander with ignition module, before the expense of a custom map.

Can you do it yourself?
Yes if you’ve got a dynamometer, the knowledge to use it and the experience to get good results. You can get hold of the software for most bikes, some free, some paid for. You can upload ready made maps but every engine is different you need a custom map made for the best results. Uninformed fiddling can destroy an engine, so be careful.

Is it Legal?
Yes, at the moment. The motorcycle MoT test does not include an emissions check, although that may change. If it does change, of course, you could upload a kosher map for the test and replace it afterwards. A bit like Volkswagen really, but without such a big fine…

Thanks to BSD Performance for their work in checking this story for accuracy. 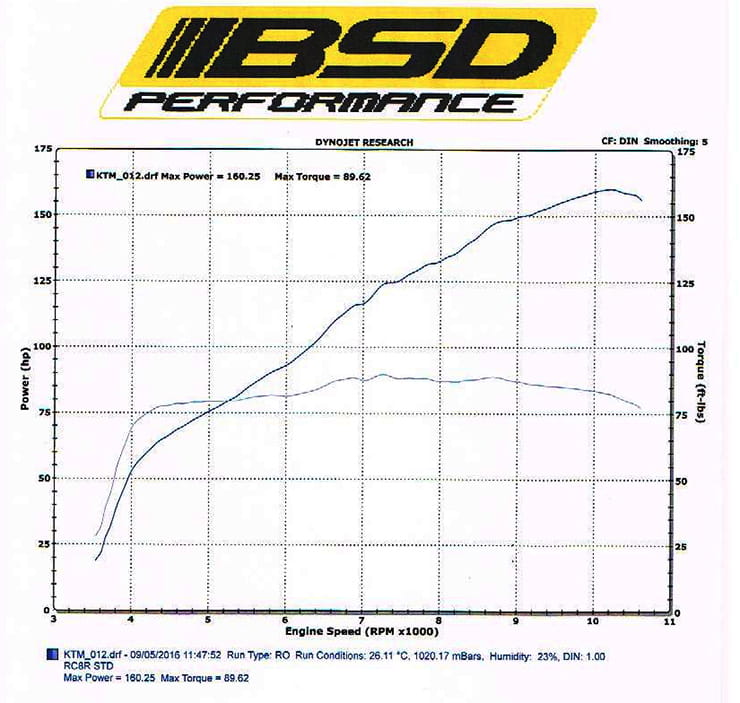