Try a Classic Bike Day at the National Motorcycle Museum 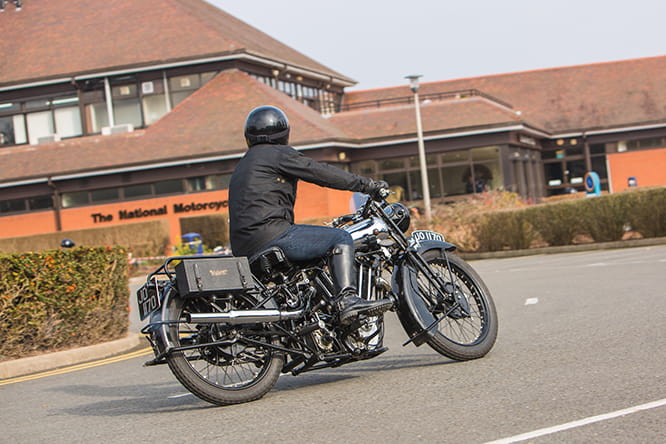 How many bikes would you like in your collection? Three? Five? A dozen? More?

Next question: what would you go for? A latest generation sports bike? An adventure sport? A cruiser for the sunny days? How about a classic or two? Maybe your first bike, the one you had pictures of stuck on your bedroom wall, or the machine your biking hero rode?

Unfortunately none of us are Jay Leno (although he might well be reading this, so one of us might be) so it's all just a bit of a pipe dream, really. Or is it?

What if I said you could choose from a garage with over 1000 bikes in it, from 171 manufacturers and spanning three centuries? That you wouldn't have to tax or test them, or even so much as check the oil any of them; and that it would cost you less than £35?

You'd think it was way too good to be true, wouldn't you? Well, it's not actually; in 2014 the The National Motorcycle Museum launched a 'friends' scheme, and for just £29.95 a year membership fee and £5 to cover insurance for the day, members are offered the quite unbelievable opportunity to bring the museum’s exhibits from behind the ropes, and ride them.

It's not just a select few machines they pull out for the 'Try a Classic Bike Day' either, museum director James Hewing explained how pretty much nothing is off-limits: “We wanted to give people the opportunity to ride some of the most desirable machines, those they would never normally get the chance to - Brough,Vincent etc. We are happy to use anything; the Brough SS100 we use is worth around £275-£300K. 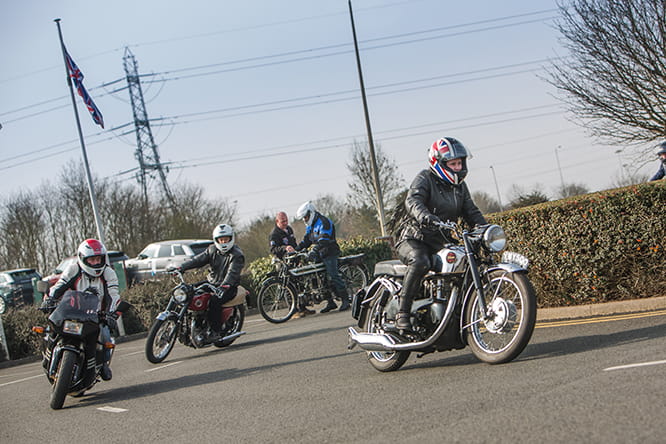 The vast majority of bikes in the museum were restored to run, so the mechanics just spend the five days before each event getting whatever we choose prepared. No drama.”

So there we were, stood in front of a row of 12 gleaming bikes. Normally there'd be a rope between us, but instead there were three museum mechanics, busy making last-minute adjustments, checking oil and topping up fuel.

Twenty five 'friends of the museum' had turned up for this, the first Try a Classic Bike Day, from all four corners of the country. Twenty five more had made the journey for the morning session. James says more are definitely on the cards, and members can expect different machines each time: “There are two more days planned in summer and autumn this year, which will be the same bikes, but with four surprises! We could do five or six days per year given the demand.

There will always be at least a third of the bikes that will be different each time, but we will always have the real 'big hitters' like Brough, Vincent, Goldstar etc. in the mix.”

As the name suggests, the day is really about trying out different eras and types of machine; giving a taster of right-foot and hand-change gearboxes, lever throttles, girder forks and rigid rear ends. As a consequence the course is kept within the safety of the NMM's forecourt, away from the bustle of modern traffic. Should riders want to take the next step, James and the team are also running Classic Bike Tours: an escorted ride around the Warwickshire countryside, on a museum bike. Essentially, you just hire the bike. The more rare/expensive the bike, the more the cost of hire. The inaugural run saw five riders out on various exotic machinery including a Brough Superior SS100, a Vincent Black Shadow, and a BSA Rocket Goldstar.

After a quick walk-through of the course, we were off. Although James and the museum staff are on-hand to help explain the basic workings and controls of each machine, and start them for us should we need them to, the set up if very informal. James shouted above the noise of the now running bikes: “Just pick a bike, do six or seven laps, then just pull in and swap with someone! You should all get the chance to ride everything at least twice!” 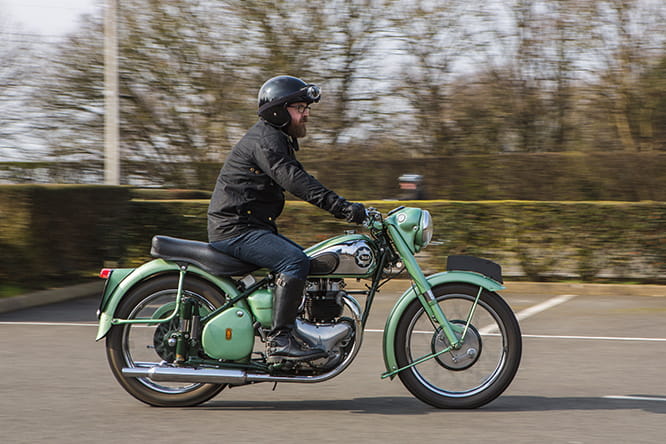 I opted for the BSA 500 Star Twin first, and although the right-foot change (one up, three down) and left foot brake took a lap or two to get my head round, it was a nice easy start. Next was the Ariel and the Velo, both equally forgiving and confidence inspiring, their lazy, long-stroke motors merrily thumping away despite my ham-fistedness.

Courage up, it was time for a hand-changer, so I signalled to a fellow rider that I'd like a try on the Sunbeam after him. A quick briefing on the gears: “It's a hand clutch, first gear is down and left on the lever. It's a lovely little thing!” He was right: a 'clunk' into first, a gentle feathering of clutch, and a bit of throttle and I was off. Despite it's age, it felt as tight and as controllable as those made thirty years later. A couple of laps in and I decided to try second: clutch in, right hand off the bars and down to the tank; where's the lever? There is it. Which way was it again?! Right, up, left, 'clunk', clutch out and thump, thump, thump... I'm in second! I spot another eager rider nodding at me for a turn, so I pull in, eventually manage to get it in neutral and peruse the parading pack to see what I fancy next. Kid in a sweetshop.

I wish I had the word-count to describe all 12 machines. Some were a little more of a handful than others – jumping on the F1 with its incredibly sharp disc front brake and two-stroke-like power delivery was quite a challenge after the flat-tankers - but rest assured that each one had me grinning within a couple of laps, and by the end of the second session I was as giddy as a sugared-up schoolboy. We all were.

My highlight? Too hard to pin down to just one bike. Obviously the Brough and Vincent were up there, and being able to ride two of the most iconic bikes ever produced within a couple of minutes of each other is something I'll not forget in a hurry, but for me the two hand-change bikes - 1928 Sunbeam 500cc and 1930 BSA Sloper 500cc – were the biggest surprise of the day.

Saying that, the Ariel and Velocette were both very nice. Ah, but the Tiger 100 just sounded fantastic...

Now I know how Jay Leno must feel. 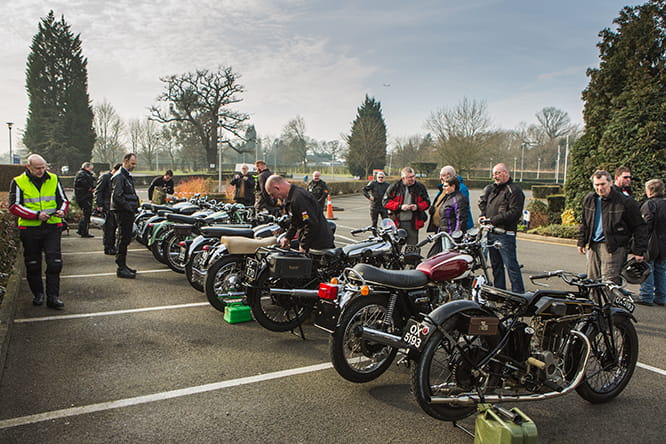 Fancy a go? Becoming a 'Friend Of The National Motorcycle Museum' gets you access to the 'Try a Classic Bike Day' and 'Classic Bike Tour' events, as well as their 'Workshop Days' – where you can learn the tricks of the restoration trade from the museum's expert mechanics.

It also entitles you to  unlimited free entry to the museum for a year, 10% Discount in the museum shop and restaurant, full colour quarterly newsletter, discounts at a range of museum partners and much more. Adult membership costs just £29.95 a year. Join up at: www.nationalmotorcyclemuseum.co.uk or call: 01675 443311

The National Motorcycle Museum opened its doors in 1984 with a collection of 350 motorcycles on display and was the brainchild of just one man: Roy Richards.

Roy passed away in 2008 but his work is continued by his widow Christine and sons Simon and Nick, and under their guidance the collection collection has grown to over 1000 machines, all of which are fully restored to the original manufacturers' specifications.

One of the biggest attractions of the museum is the comprehensive cross-section of British machines it houses, spanning the 60 years of motorcycle manufacturing in the UK. The museum holds the largest collection of British motorcycles in the world with over 171 manufacturers represented and spanning no less than three centuries: from the earliest 'pioneer' machine dating 1898, through to the latest British superbikes.