Turbos, VVT and onboard diagnostics. It's the future of motorcycling, and just around the corner 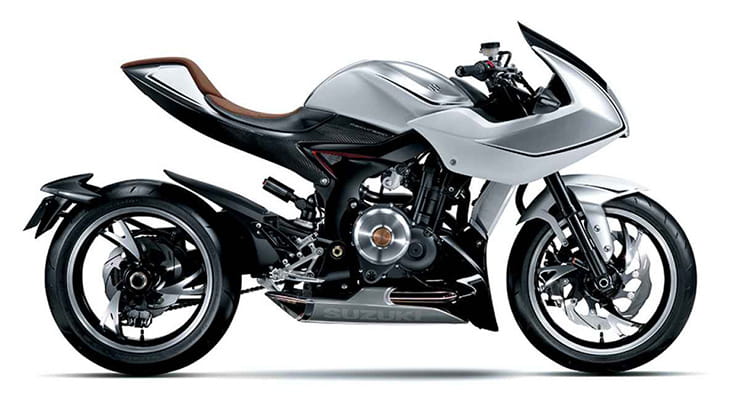 Recently Bike Social brought you news of the upcoming Euro 4 emissions regulations that will be brought in for all motorcycles on sale in Europe from 2017 and, while Euro 4 is going to be in the news for another few months as manufacturers launch their compliant 2017 models and discontinue the bikes that can’t be made to meet the limits, engineers are already working on the next step – Euro 5. These rules will come into effect from 2020 and are likely to lead to a whole raft of new technology becoming commonplace on the bikes we ride.

Like Euro 4, Euro 5 will be introduced in two stages. Newly type-approved vehicles after 1 January 2020 will need to comply, and existing types will have to be made to meet the rules if they’re to remain on sale after 1 January 2021.

That might seem a long way off, but given that a new bike can easily take five years to develop and will be expected to have a model life at least that long, everything being worked on in secret R&D departments right now already has its eye on passing Euro 5.

Increasingly strict emissions regulations since the adoption of the Euro 1 standard in 1992 have changed the way that vehicles have been developed over the years. While old school carburetted bikes were set up for maximum performance, the adoption of fuel injection, catalytic converters and latterly ride by wire throttles, have seen engineers faced with different challenges – that of getting bikes through emissions tests without significantly increasing weight or the cost to the consumer, and without a reduction in power.

In the car world, where Euro 6 is already adopted, we have seen lots of new technology come in to make vehicles cleaner and more efficient. Turbochargers, previously the exclusive domain of performance cars, are commonplace on humble hatches, with three-cylinder 1000cc turbos such as Ford’s ‘EcoBoost’ replacing naturally aspirated engines , while variable valve timing and stop start technology are no longer the rarities that they once were.

But how much tougher is Euro 5 for bike manufacturers than Euro 4? The answer? It's a lot.

Franz Berndt (pictured right), Head of Thermodynamic Development at Ricardo Motorcycle, a consultancy company that works with many leading automotive manufacturers on engine design, said: “Euro 5 is another cut in emissions by up to 40% for HC (hydrocarbons), and another challenge coming for Euro 5 is that for the first time the non-methane HC (NMHC) is regulated. Up to Euro 4 you just measure total HC.

“Under Euro 5, only 68% can be non-methane HC, but if you measure a (current) motorcycle engine, it’s up to 90% non-methane HC. It’s a particular challenge in a cold start and also in engines with a high valve overlap.”

With Euro 5 we might finally see a shift towards engine types that are still fairly unfamiliar to motorcycles. In particular, variable valve timing (VVT) – still a rarity on bikes – is likely to become much more commonplace. And as we’ve seen with Suzuki’s Recursion concept bike (588cc turbo charged twin producing 100bhp, pictured above) and its plans to introduce a turbocharged twin-cylinder machine in the near future, forced induction is also likely to play a role.

Now you’ve got the electronics available to control a boosted engine so there aren’t the safety issues that there were years ago when there were turbocharged motorcycles that had no traction control and were spitting people off. It’s an interesting technology.

Paul Etheridge (pictured below), Ricardo Motorcycle’s Head of Strategy and Sales, added: “Downsizing and boosting for cars has been popular and we think there are benefits for motorcycles as well to downsizing and boosting. It gives you a smaller package, it gives high torque potential, it gives good driveability. So there is an interest in boosting motorcycles. And now you’ve got the electronics available to control that boosted engine so there aren’t the safety issues that there were years ago when there were turbocharged motorcycles that had no traction control and were spitting people off. It’s an interesting technology.

Berndt agrees, adding: “I’m quite sure there are some motorcycle manufacturers looking deeply into this. Maybe not in the same use as Kawasaki with the H2, but also looking at a turbocharger where one advantage would be that you could make one engine and use it for different power mode considerations. It could be the same base engine used in different bikes, for example.”

Berndt said: “OBD 2 will be applied for Euro 5. This will have to provide, for example, misfire detection and lambda control… many things need to be covered that the motorcycle industry hasn’t done so far. Euro 4 OBD is looking after electric connections and short circuits. But motorcycle OBD 2 needs to monitor the performance of emissions-relevant components. You need to monitor the catalyst, how it’s working, you need to monitor to ensure the lambda sensor is working, the catalyst heating strategy…”

It’s not unknown technology – new cars have been OBD 2 compliant for a decade – but it adds more sensors and wiring, all increasing costs and complexity while making packaging an engine harder still.

But despite all the difficulties, the Ricardo engineers say that even old engines designed with current Euro 3 regulations in mind can be made to pass the 2021 Euro 5 regulations. “We saw with some demonstrator projects that it’s possible to achieve the same performance as a Euro 3 bike while converting it to Euro 5,” said Berndt, “This just depends on the effort that you want to spend on it, and the costs.”

But didn't we just vote to leave the European Union?

Ah. Brexit. While it’s still way too early to know the detailed ins and outs of how European rules will affect Britain after we leave the European Union it’s unlikely there will be any impact on the emissions laws that our bikes need to meet.

That’s for several reasons. One is that we aren’t signed up just to meet European Union rules but to UNECE standards. That’s the United Nations Economic Commission for Europe, and it’s harmonised with the European Union rules – so even after Brexit it’s likely we’ll still adopt the same emissions levels. Not to mention the fact that limiting exhaust emissions is actually a good thing for our environment, so even if the UK was free to make its own regulations, they would likely be just as strict.

Even if the country decided to go its own way and opt out of such restrictions, the simple fact is that manufacturers will still make their bikes comply with the toughest restrictions out there, since they want to sell in as many markets as possible. Manufacturers will not make bikes specifically for the UK market as, given that the small number of motorcycles sold here, it would be economically unviable develop bikes to another specification. The fact remains that any new bikes coming to market will be engineered to be sold in countries adopting the strictest regulations.

Given the timescale of leaving the European Union, its rules will still apply until long after the Euro 4 standard is in place, and with no deadlines set yet it’s even possible – albeit unlikely – that we’ll still be in the EU when Euro 5 comes into force. So don’t expect Britain’s expected departure from the European Union to have any affect on the adoption of emissions restrictions and the bikes that we ride. 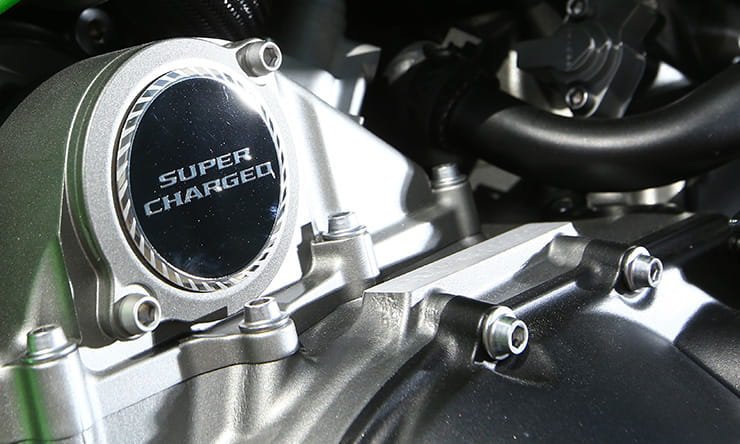