Metisse: The Inside Story 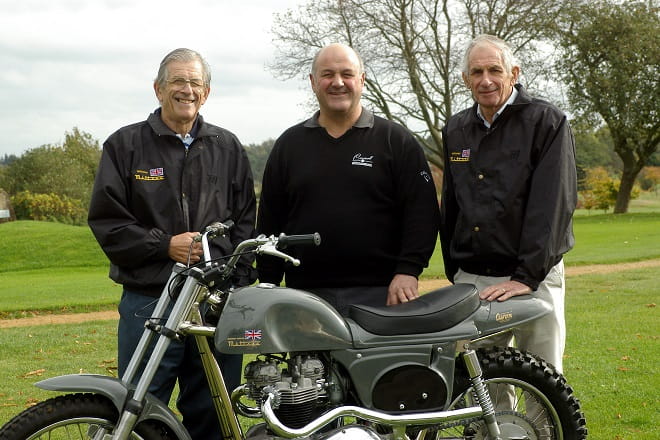 Metisse: the modern translation is 'mixed race, or hybrid'. As a motorcycle name, it was born in 1959 when scrambling brothers Derek and Don Rickman built and successfully raced a machine made up of a BSA frame, wheels, and gearbox, a Triumph 500cc engine and Norton forks.

It was the beginning of a line of successful off-road racers, road racers and street bikes. The business was built on a passion for motorcycles and innovative engineering. Machines from the brothers’ small factory in New Milton, Hampshire found their way to winners’ circles all over the world.

In 1966 film star Steve McQueen bought a Triumph-engined Metisse to compete in desert races in the USA and described it as “the best handling bike I’ve ever owned.” 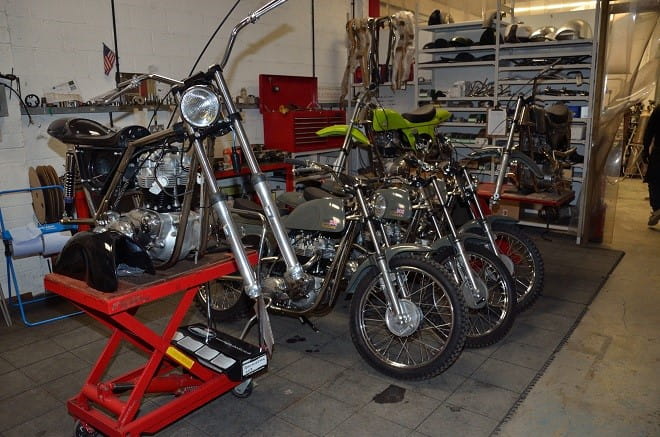 Jump forward 49 years and you can buy a replica of that iconic bike thanks mainly to two people, Anthony Bamford (former head of JCB,) who wanted a replica of the star’s bike, and Gerry Lisi, the owner of Metisse Motorcycles who made it for him.

The life of Gerry Lisi would make a great read, even without the Metisse chapter. He was born in Italy in 1949, the son of a former Italian prisoner of war who decided to return to England where he started a thatching business. Gerry took over the business and bought 156 acres of land to grow his own thatching straw. He contracted an allergy to the straw and had stop thatching. Undeterred, he built a golf course and country club on the land and made his living from that instead.

Engines have been one of his leading passions. He had a James Captain at the age of 12 which he got running after stripping and rebuilding the crankshaft with nothing more than a few hand tools. After leaving school at 15, he worked as a mechanic. At the age of 19 he built a racing Mini, scoring a class win in his first race. He started building race engines for other people and later went on to become an expert on the Ford RS1600 car engine. He had a spell working in various garages in Italy before going into the family business. 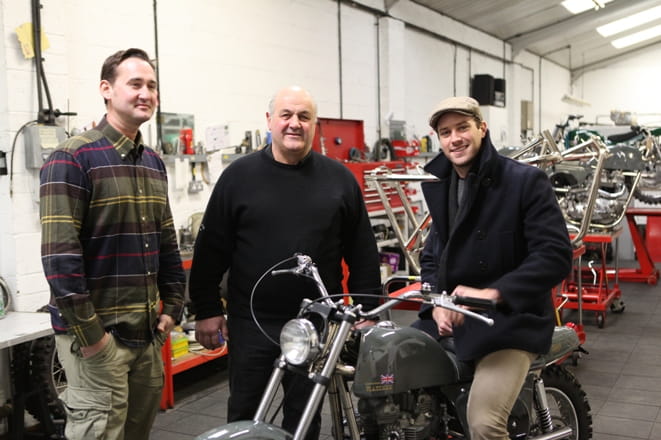 In 1999 Gerry went into partnership with Devon engineer Pat French to build replicas of the Metisse off-road racers for growing classic competition market. Pat left in 2001 and a year later, while still producing the scramblers, Gerry Lisi began to plan a new road bike, a street scrambler to be called the Metisse Mark 5. The chrome molybdenum frame was intended to house the Hinckley Bonneville engine, but when the deal was all but done, Triumph pulled out, leaving the new bike without a power plant.

Some people might have stopped at that point, or used second-hand engines. Gerry took a different approach. He drew up the layout of a 997cc, 360 degree parallel twin motor, then hired in expertise from the world of Formula One to refine his design and turn it into a running reality.

Although the production versions make extensive use of cast components, the prototype engine cases were machined from solid in the Metisse workshop. Only the cylinder head and inlet manifold were cast. 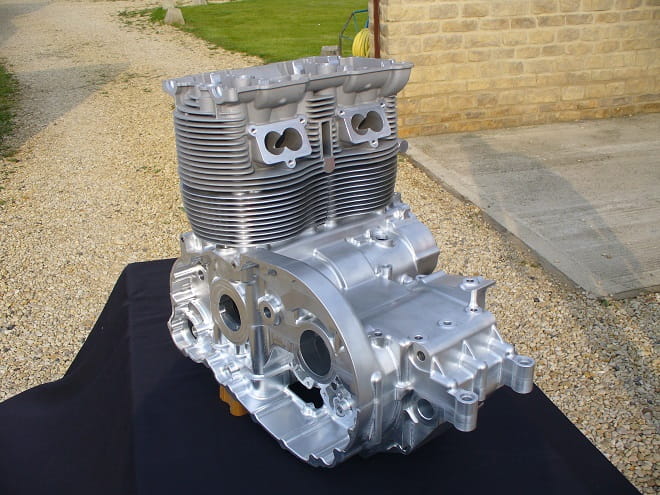 The twin overhead cam unit uses a mixture of air and oil for cooling, with oil jackets around each exhaust port. Balance shafts, gear driven from the centre of the crank, cancel out the vibration inherent in the engine layout. The transmission is managed by a Hinckley Bonneville gearbox running a specifically designed clutch.

The motor, which first ran in 2005, has the characteristics of a proper, gutsy British twin, producing 97 bhp at a lowly 8000rpm with a torque output of 70 ft/lb. The complete machine was first shown in public at Bealieu in 2008 but it is only just this year going into production.

Tens of thousands of miles of testing, much of it by Gerry himself, proved the engine to be robust. Experienced journalist and racer Alan Cathcart found the bike much to his liking in both the handling and the engine performance.

The bike is being offered in two forms. There is the Mark 5, which is a street scrambler, and the cafe racer version known as the CR. 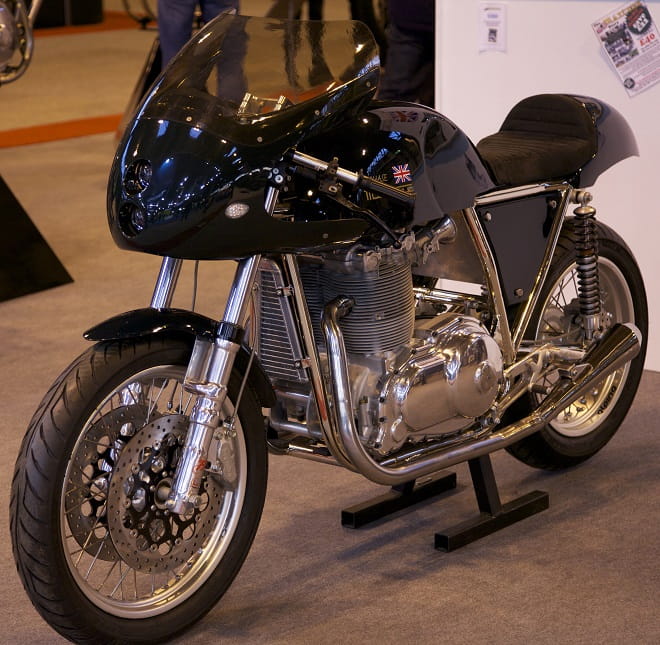 For anyone who has not undertaken the building of a bike from scratch, it is hard to comprehend just how much effort and dedication it requires. The world’s major manufacturers have staffs of hundreds and budgets of millions to transform their ideas into metal. Metisse have reached the production stage after 14 gruelling years with a handful of determined folk led by a man with both the vision and the staying power to bring it together.

“You’d fall over if told you how much money has gone into this,” Gerry told me.

The dream is almost complete. When I visited the Metisse workshops in Oxfordshire, there were three bikes being built up for customers; one street scrambler and two cafe racers. The cafe racers, in particular, look good enough to eat, and with the possibility of enlarging the engine to 1200cc and adding water-cooling, more performance could be available in the future. That said, 97bhp is plenty for the road on a bike that weighs 180kgs. 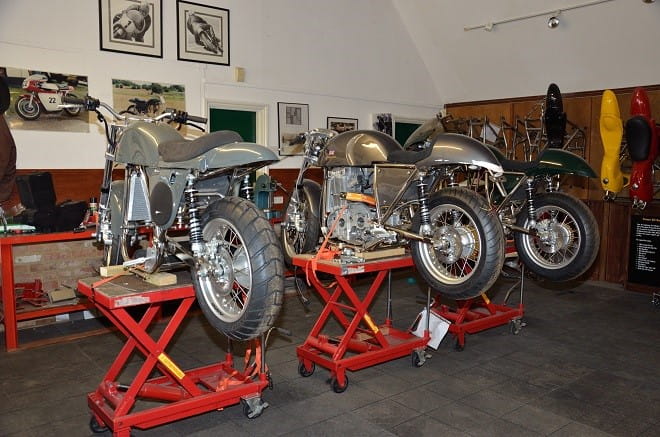 If you want one, it will cost you £28,800 including VAT. From order to completion will take eight weeks. For a hand built bike, that is a fair price. You get machinery and art in one package. Listen to the engine, look at the lines. I’m sure you will agree.