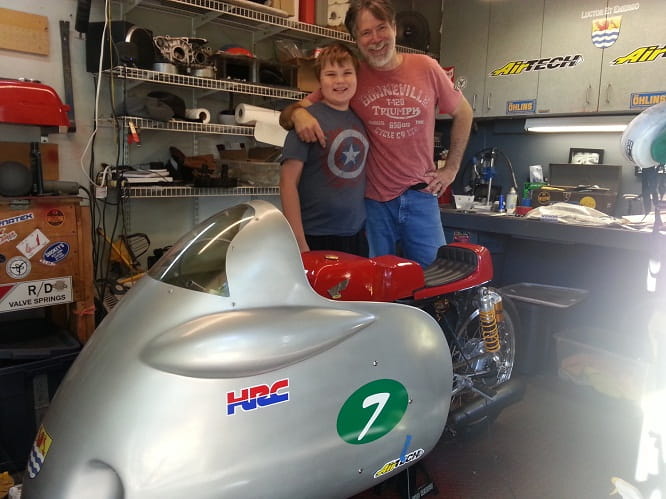 To say that Zeke DeZeeuw’s had a head start in his motorcycle-building career would be something of an understatement.

The Texan motorcycle enthusiast built his first machine when he was just ten years old - a CB 200 Honda nicknamed ‘Lucky.’

Now, two years later and at the 11th Barber Vintage Motorcycle Festival, DeZeeuw (even his name sounds cool) is showcasing one of his more recent projects.

“The bike we have this weekend is called ‘ZOOID’ because the design of the bike has a lot of trapazoids in.”

It’s hard to imagine many 12 year-old lads being preoccupied with ‘trapazoids’ but DeZeeuw says he pursues his highly-technical hobby alongside hanging out with his school friends.

“I still see my friends and do regular stuff with them and have a normal school life but I tend not to talk to them about what I do with the motorcycles. I just keep it separate I suppose.”

It’s hard to imagine how DeZeeuw maintains his ‘double life’. The spanner-obsessed youngster has already featured on American TV, in umpteen magazines and remains a highlight of the annual Barber Vintage Motorcycle Festival festival.

DeZeeuw’s profile started to grow when American motorcycle celebrity, bike builder and TV personality Bryan Fuller took him on as his protege.

“Bryan changed everything,” says DeZeeuw. “And strangely, when my father and I looked up the meaning of ‘ZOOID. ’ it’s defined as meaning ‘when an organism is adapted by a bigger organism that teaches it and protects it’, that’s kind of like what happened when Bryan Fuller took me under his wing.”

DeZeeuw’s machines are constructed in a 9’ 15’ foot shed at the bottom the the garden. “It’s really small and we hardly have any room in there, particularly as my dad’s 6’5 feet tall.”

The pair - DeZeeuw and father Patrick - have completed a number of bikes over the past two years - all in the shed - and every one of them is named. 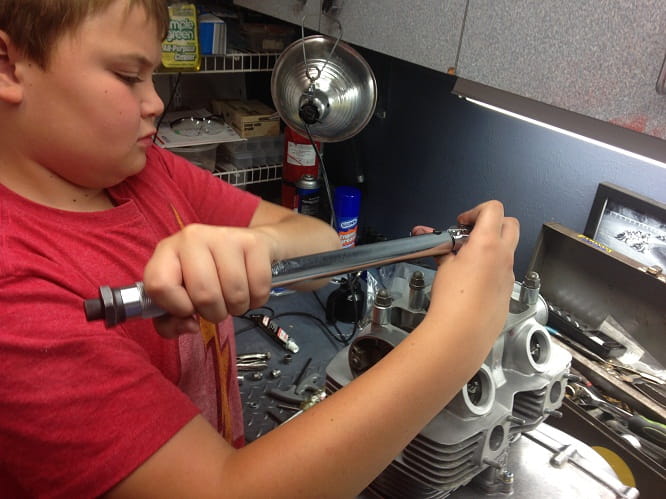 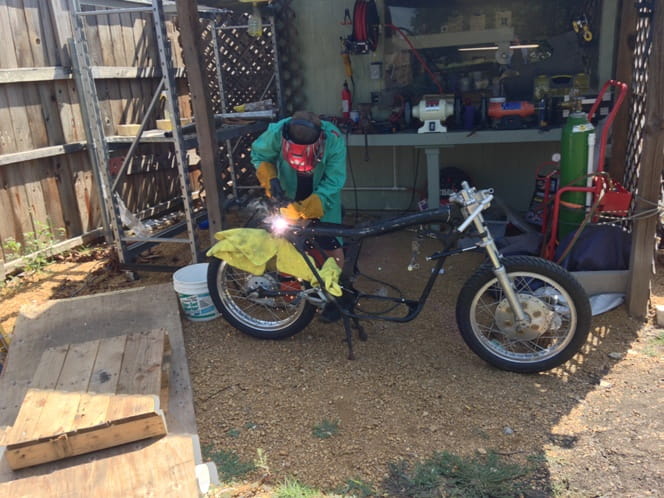 “We always give our bikes and identity. The second bike we built is named ‘Victoria’. It’s a CB175 Honda that was lying in an old scrap yard for a long time but the man who owned the scrap yard wouldn’t sell it. I kept asking and the eventually one day I said ‘I can make this into a beautiful bike’ and he finally sold it to me. It was lying under a load of exhaust pipes and I thought it was victorious that I managed to persuade him to sell it.”

The degree to which the DeZeeuws customise old motorcycles varies. “With the earlier ones we’d use the stock frame but customise the bodywork and handlebars. With the silver bike - the Zoid - we’re customising the engine as well as the bodywork.”

This passion for customising motorcycles started when Zeke was a young boy. “I said to my dad ‘dad, I want to build motorcycles.’ I find every type of motorcycle fascinating except Harleys. But my favourite motorcycles are the Japanese machines from the early to mid-sixties, especially the Honda RC166.”

With tweaks to the engines of their latter projects, the DeZeeuws are keen not just to make their bike look unique, but to sound unique as well. 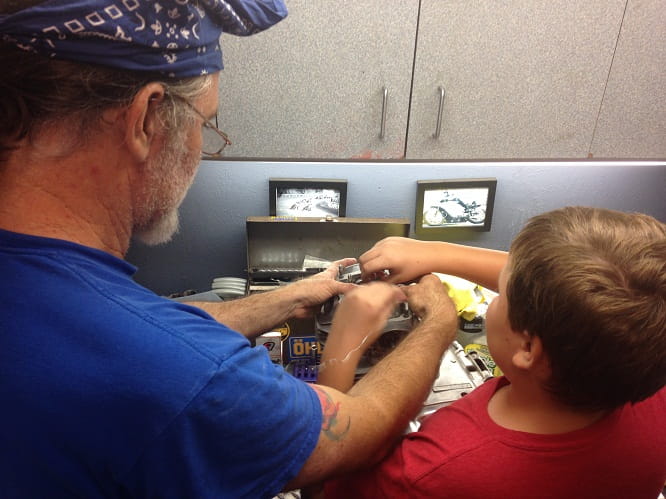 DeZeeuw’s projects are all photographed and documented on his website, Zoom with Zeke and he’s hoping to launch his finished ‘Zoid’ machine at the Hand-built Motorcycle Show at Austin, Texas next summer.

But that’s, of course, subject to him finishing it around school. “That’s okay,” he says. “Weekdays are for school but weekends are crunch-time - we’ll do it.”