Hybrid bikes – the secret stopgap between petrol and electric power 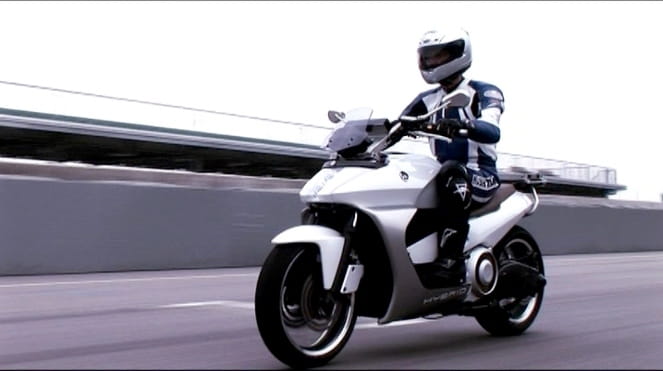 Hybrid bikes – the secret stopgap between petrol and electric power

We’ve talked before about how forthcoming exhaust emissions laws are going to transform the motorcycles we can buy – encouraging the use of forced-induction and accelerating the introduction of electric models – but there’s a third solution that several bike firms are quietly working on.

Hybrids. It should be blindingly obvious, really. After all, they’ve long since become mainstream options in the car world – not just for earth-mother, tree-hugging Toyota Prius drivers but for everything from luxury limos to supercars and SUVs. Ferrari, Porsche and McLaren all offer battery-assisted hybrids that will easily cruise past 200mph – an image that’s somewhat at odds with the trundling Priuses (Pri-i?) of the past.

And what, traditionally, has offered all the performance and technology of the world’s top supercars in past, at a tiny fraction of the cost? That’s right. Motorcycles.

The point here is that in hybrid cars, in their latest form, are no longer limited to appealing on the basis of fuel economy or exhaust emissions. Nobody buying a McLaren P1 or Ferrari LaFerrari for a couple of million quid has ever worried about how much their spending at the pumps. Nor are they likely to be up at night fretting about CO2 output and its effect on the southern rockhopper penguin population. The sort of millionaires able to afford these things probably made their money selling oil in the first place and will only worry about rising sea levels when Chelsea is flooded. Even then their main concern will probably be getting their hands on a suitably bling jetski to sustain their image.

So why are they buying hybrids? Because combining the instant thrust of an electric motor with the sustained top-end power of a petrol engine provides levels of performance that neither one could manage on its own. And if the lower emissions mean they’re taxed less, so much the better.

Would the same technology work on bikes? Several manufacturers clearly believe it will.

The most recent is Suzuki, which has patented designs for a superbike that combines a conventional inline four-cylinder engine with an electric motor that not only boosts performance but works to make the bike easier to ride – doubling as a form of traction control and a seamless-shift device for the bike’s semi-automatic transmission. 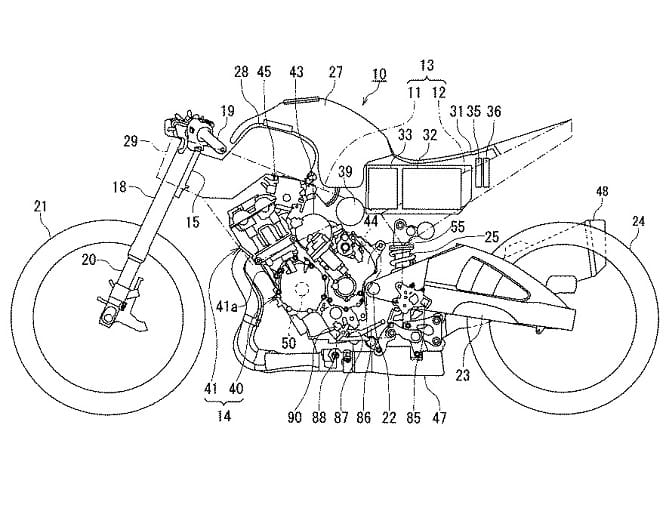 It’s a clever set-up that’s actually far simpler than it sounds. There’s a large electric motor bolted to the back of the engine that doubles as a starter motor and a generator, and is connected to an electronic control unit and a battery under the seat. According to the patent it can run the bike on its own, with the petrol engine disengaged and switched off, or it can boost the four-cylinder’s output. It can also create engine braking and even work to rev-match the semi-automatic transmission during gearshifts to make them smoother.

The downside? A bit more complexity and some weight, although the extra mass would probably be at least partially offset by the fact the bike’s economy would allow it to have a smaller fuel tank.

And Suzuki isn’t alone in its thinking. In fact, all four of the big Japanese firms have experimented with hybrids.

Honda has patented several designs, including two that might relate to the next-generation of Goldwing. Both dating back to 2011, one shows a four-cylinder Goldwing – downsized because its hybrid system would allow for that with no loss of performance – with an electric motor mounted at the front of the engine. A second design reveals a Goldwing with a conventional six-cylinder engine but with a hub-mounted electric motor fitted inside the rear wheel. 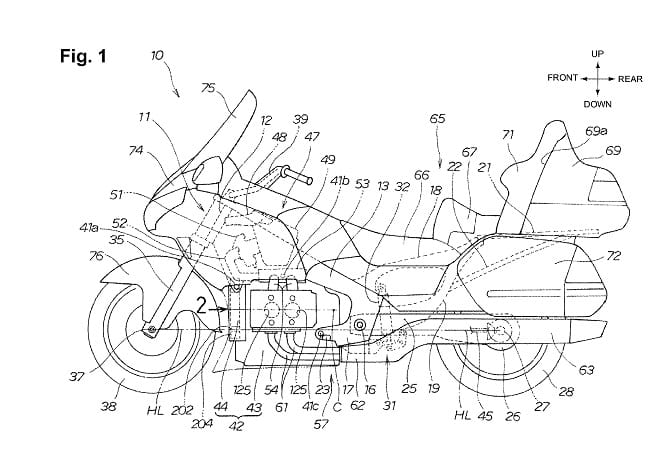 Those are by no means the firm’s only efforts, either. There have also been designs for a parallel twin, rather like the NC750, with electric assistance very much like that of the recent Suzuki patent – a bit like having an over-sized starter motor that can help out whenever the engine needs a boost. And further patents reveal a Honda hybrid concept that includes a smaller motor inside the front wheel’s hub, providing electric power to the front while the petrol engine drives the rear wheel. As with all the others, regenerative braking would keep the battery charged.

KTM has also looked at a very similar idea, with an electrically-powered front wheel fitted to an otherwise completely conventional bike.

Kawasaki’s hybrid designs date back several years, to 2007, but are again very similar to those now proposed by Suzuki. Like the latest Suzuki design they are sports bikes with electric motors mounted on the back of the engine, providing a boost when it’s needed.

Yamaha has also played with hybrid bikes for years, first showing the fruits of its labours back in 2005 when it revealed the Gen Ryu concept. Rather than opting for a simple solution, where an electric motor boosts the petrol engine or declutches it an runs alone, the Yamaha design took its inspiration from the far more complex transmission used on the Toyota Prius.

The result was a planetary gear transmission that juggled the speeds of the electric motor and the petrol engine, automatically swapping between charging the battery and spending its power while giving a twist-and-go riding experience and a seamless transition from one form of drive to the other. The Gen Ryu combined this transmission with the 600cc four-cylinder engine from an R6 and weird cruiser styling, and was clearly never destined for production in that form. However, it later led to the development of the firm’s running prototype, called the HV-X. Based on a T-Max scooter, it was much closer to being a production machine when it made a low-key debut at the Tokyo show in 2009. Weirdly, Yamaha put out very little information about the machine, but it featured the same Prius-style planetary transmission and briefly looked like it might be turned into some sort of production model.

While others are still looking at the technology, Piaggio has quietly been selling a hybrid version of its MP3 since 2009, initially as a 125 and now based on the 300cc version – although only in certain countries, and not in the UK. As with most hybrid cars, it can run on purely electric power (up to 20km/h) or combine both the 25bhp petrol engine with its 3.5bhp electric motor. 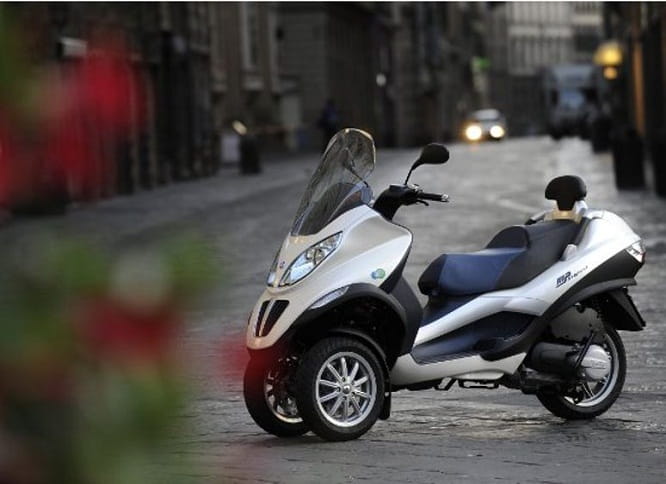 Are any of these hybrids likely to reach production? The jury is still out on that one. The ones developed for economy seem to have hit a brick wall in terms of demand – bikes are pretty economical anyway, and the additional up-front cost of a hybrid would take a long time to recoup. But the newer idea, like Suzuki’s latest patent, where the electric motor is used to enhance the bike’s performance and the riding experience, with any boost in economy merely being a happy side-effect, could give the technology the desirability it needs to break into the mainstream. Since many people now already have hybrid experience with their cars, the initial fears over the complexities of the systems are quickly receding, and we are reaching the point where buyers don’t really care about how their vehicle achieves its mix of performance and economy, as long as it does it. The same thinking might well apply to bikes in years to come.

How do you feel about the changing face of motorcycling?  or !