How it works: the exhaust 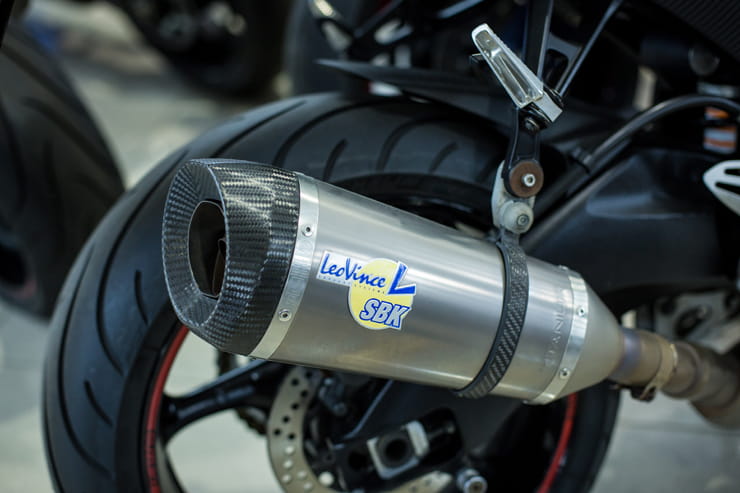 You might think the exhaust is one of the simplest bits of a bike – surely it just pipes the waste gases away from the front tyre and keeps the racket down? Well, yes, but it does a few other things too which explains the often-tortuous routing, prevalence of exhaust valves and catalysers.

One of its most important tasks is called scavenging – using pressure waves to help keep more fuel-air mixture in the combustion chamber ready for the spark, and then to help suck out the waste gases afterwards.

On two-strokes, this effect is crucial, but it’s effective on four-strokes too. It works by using the pulses of high pressure created when exhaust is expelled from the combustion chamber. If a proportion of these pulses can be reflected from the exhaust back towards the engine at the right time, the high-pressure wave will stop some of the unburnt mixture from escaping before it’s ignited. Also, the low-pressure bit of the wave will do the opposite, sucking burnt gases out. 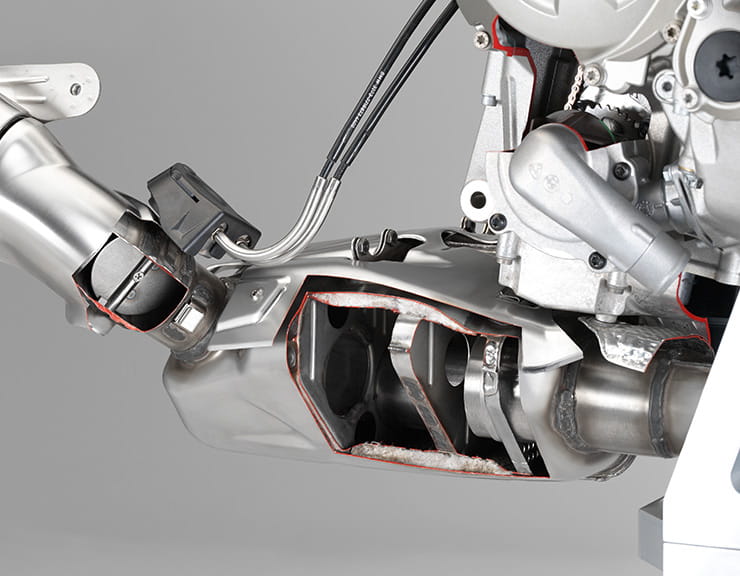 Above: This chamber is the catalyser on an S1000RR. Note the butterfly valve further downstream – this is the modern equivalent of Yamaha’s original EXUP valve, and is used to automatically tune the exhaust at different engine revs

To get this timing right (the waves travel at the speed of sound, so it’s tricky), the exhaust pipe lengths and diameters have to be spot on – hence the convoluted routes taken by some pipes, especially on Ducati V-twins where the rear cylinder is much closer to the back of the bike than the front one. Both pipes need the same length for the pulses to be timed right, so the rear one has to squiggle about to make up the distance.

But the exhaust lengths are a compromise, only working efficiently at certain engine revs (helping to give such a defined powerband on two-strokes). This means exhausts are tuned to give peak power where you want it - at high revs for race bikes for example, at low revs for cruisers. Both are inefficient at the wrong extreme.

Yamaha was the first company to attack this problem using a valve in the exhaust which changed the way those pressure waves bounced back at different revs, effectively tuning the exhaust as you rode along. Ride a 1990 FZR1000 EXUP (Exhaust Ultimate Powervalve) today and it still feels remarkably fit across the rev range even compared to bikes 28 years younger. 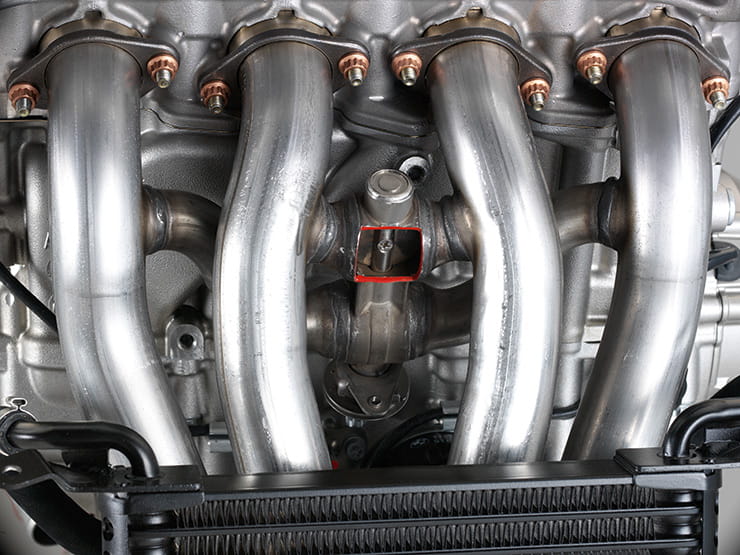 Above: Interestingly, the S1000RR has a second servo, operating a valve in the balance pipe between cylinders two and three to tune the exhaust even more accurately

A catalytic converter (cat) is that fugly misshapen box that designers usually try and hide under the engine, often combined with the collector, which is where the header pipes join together. Cats are often so big it looks like you’re trying to smuggle a frozen turkey under your bike. Inside is a honeycomb of precious metals (e.g. platinum) that cause a reaction between the exhaust gases that end up as water vapour and carbon dioxide. It’s clever, but requires precise conditions to work properly, so they’re very tricky to make work with carbs. Fuel injection can be set up to get the conditions just right though. Getting rid of the cat (de-catting) has two advantages - it saves weight, and removes restriction, allowing the exhaust to flow more freely. You’ll kill kittens and polar bears though.

Finally, we come to the silencer or end can. This uses baffles and convoluted pipework to bounce around the high and low pressure pulses (i.e. the noise) so that they cancel each other out. It used to be that replacing the stock silencer with a freer flowing aftermarket one would release significant horsepower, but that’s no longer the case. Even the best aftermarket end cans add hardly any power because manufacturers have got so good at tuning their own. There can be significant weight savings though.