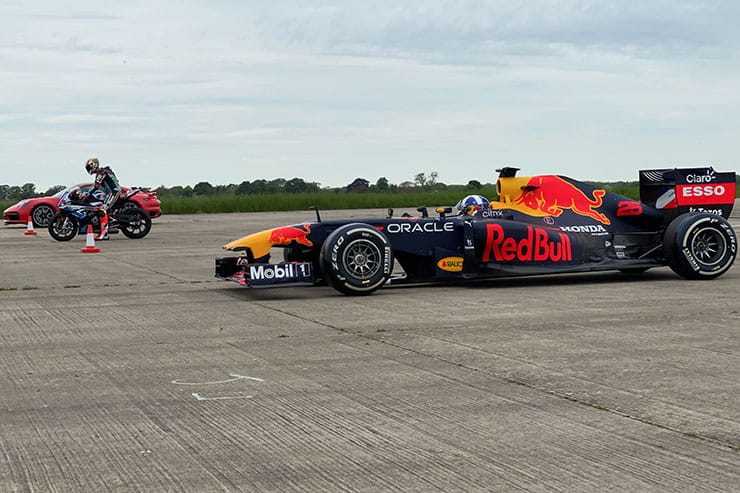 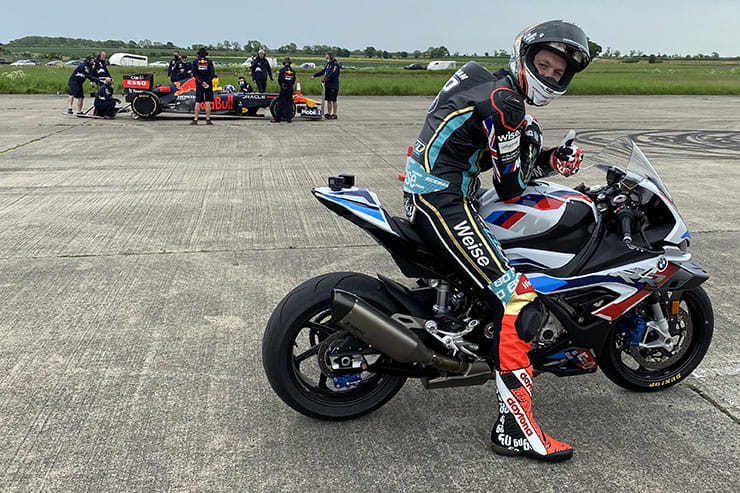 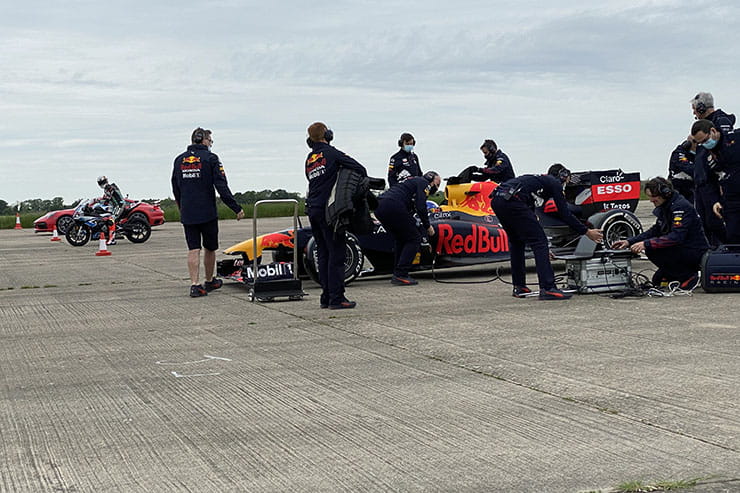 Let’s set the scene; we’ve arrived at a former RAF runway in central England hired for the day by car price-checking website, carwow, who’ve earned a stellar reputation for producing drag racing-style content for their YouTube channel which, at the time of writing, has more than 6.1 MILLION subscribers.

What do we notice first? A gleaming Red Bull-liveried articulated lorry, 12 mechanics, two Formula One cars and 13-time F1 race winner, David Coulthard. And what did we come armed with to pitch against the 750hp multi-million pound machine? A completely standard road-legal production bike in the back of a Sprinter. One that you or I could buy today from a BMW showroom. Hmm, this quarter-mile showdown is over before it’s started, right?

Wrong. Because we have the £31k 2021 BMW M 1000 RR with its vital stats of 212hp, 113Nm and 192kg. Plus, a not-so-secret ingredient; Isle of Man TT lap record holder and multiple BSB race winner, Peter Hickman, who’s not averse to a fast start. And the power-to-weight ratios of each machine aren’t that different, although the F1 car has the grip advantage of having four wheels and despite having so much power it can at least in theory use all four of those super sticky Pirelli tyres to get off the line.

Other than a standing quarter-mile drag race, the competitors will also contest a one-mile rolling start race, as well as a braking test from 100mph to standstill.

Not only is the down-force laden Formula One car going to provide competition to Hicky and his road bike, there’s another competitor in the mix too. Carwow presenter, Mat Watson, has to be involved and it’s not exactly a token gesture because he’ll be rolling in a 160-grand, 4-wheel-drive Porsche 911 Turbo S.

Tale of the Tape

Carwow’s full video showing the races and their results is further below but here’s our behind-the-scenes look at this extraordinary line-up:

F1 vs Motorbike: Drag Race (Behind the Scenes)

While the barely believable power-to-weight figures for the F1 car and the bike are neck-strainingly impressive, Hicky’s main issues relate to getting the power down. All of his is going through the one rear wheel, while the F1 car has too much for its rear wheels meaning Mr Coulthard has to be gentle on the throttle otherwise he’ll be spinning those slicks too much. The Porsche can lay it all down with 4WD and launch control meaning, in Mat’s words, “any old moron can launch it”.

What happened between these three performance machines when the flag dropped? Let’s take a look: 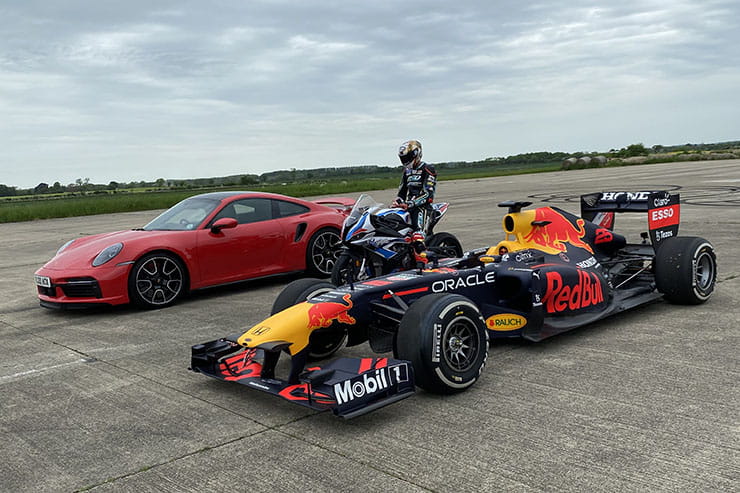 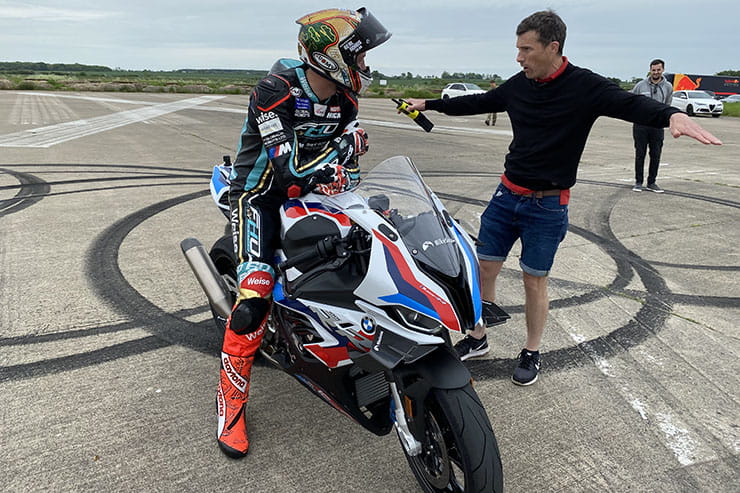 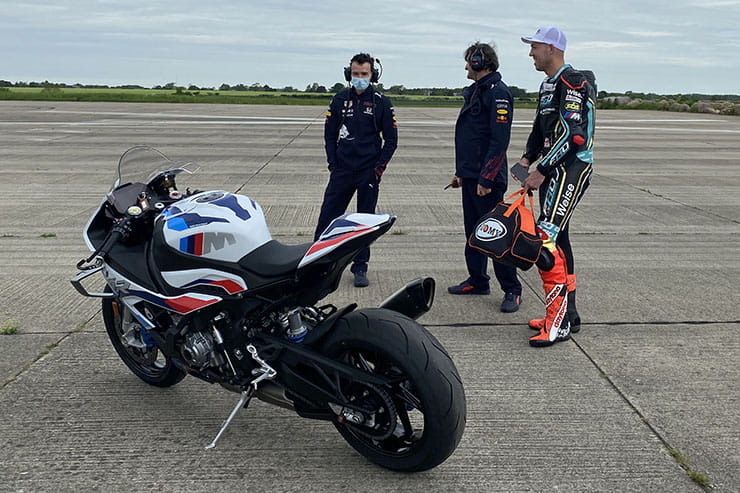 After his one and only ¼ mile drag start, Hicky offered this feedback, “It’s really difficult to understand where the bike is because all I can hear is the F1 car! I’m not used to using launch control because we don’t have it in BSB so once you engage it, you give it full beans but it’ll only rev to 10,000rpm then it’s about feeding the clutch out and keeping my foot on the back brake. The wings are helping control the wheelie here. I think the bike did pretty well and I’m impressed with the launch control on it.”