Exclusive interview: The man behind the 2018 Honda Africa Twin 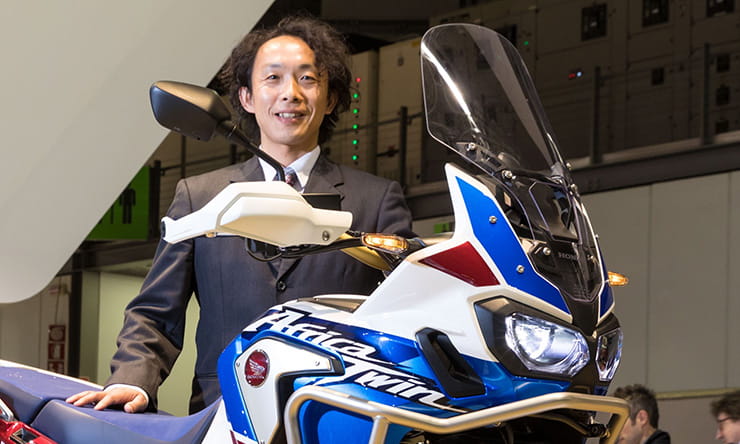 For 2018, Honda has released the new CRF1000L Africa Twin Adventure Sports, with a 24 litre tank, crash bars, large sump guard and long-travel suspension. This addition to the range includes the tweaks made to the ‘standard’ Africa Twin, which has new rider modes, a slip-assist clutch, revised inlet and exhaust ports and stainless-steel spokes. BikeSocial exclusively interviewed the machine’s Large Project Leader, Kenji Morita, to find out more…

How do you think the new Adventure Sport will affect sales of the Africa Twin brand?

There are many features that make this bike a good addition to the Africa Twin range, but at the same time, there is some overlap. 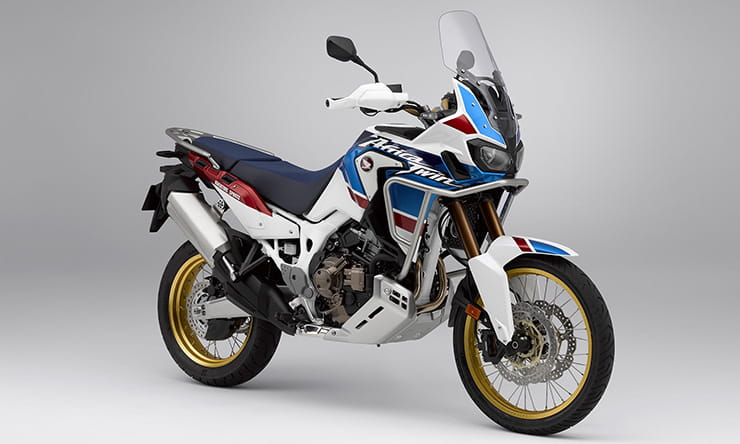 The Adventure Sport model has an increased range, among other enhancements

How much were the modifications to the current bike influenced by customer feedback?

We had a base of feedback from our customers, but at the same time, our own ideas.

Were there some choices made with the 2016 model that were a result of meeting a price point – like not using stainless-steel spokes?

First and foremost, we wanted to give a strong message to our customers, that from now on we are constantly evolving the Africa Twin, and we will keep making big developments to the bike. At the same time, we received feedback from the market, and of course they said “what about this, what about that”, and we took that into consideration for the 2018 model year. But we will keep showing our customers that we are really focussing on this Africa Twin brand.

There seems a rather conspicuous gap between the CRF250 and CRF1000… surely there’s a market for something in between?

<Morita San smiles wryly as my question is translated to him> Of course, we have heard the rumours and the voices asking for something between 250 and 1000cc, and we are thinking about filling that gap. And perhaps, yes, one day there will be something filling this gap in the Honda line up. At the moment, we are just, let’s say, thinking about it.

Do you think there’s a market for smaller adventure bikes that are more accessible to shorter riders?

Particularly outside of Europe, there are many people that are not tall enough to have their feet touch the floor, and of course this is something that we’re really taking into consideration. For instance, in Asia there is a low height version of the Africa Twin for the 2018 model year – that is something we did after customer feedback, but it’s not for the European market at the moment.

How did you lower the bike?

We shortened the suspension – the fork itself is shorter [it’s not simply dropping the fork through the Yoke – it’s a new part].

Would you consider bringing it to Europe if there’s enough demand?

Of course – if enough people ask for this, we would definitely consider this low version for the European market. We will monitor it.

How do you find the balance between weight and strength in an adventure bike?

It was very difficult to find this balance – what we did was go through a number of trial and error processes. We focussed on how to get the best handling for both off-road and on-road. We really concentrated on fine-tuning the stiffness of the frame; if you have a frame that is doing its job perfectly, you can reduce the weight for so many other parts.

Do you think there’s a market for a more road-focussed version of the Africa Twin, maybe with a wider, cast front wheel?

What we were thinking when we were making this bike was that we should have a total balance of on-road and off-road. Because of this, both performances are taken to a high level. Of course, many people say they are going off-road, but they’re actual stay on the tarmac. We made it as a very capable on-road bike for this reason.

Do you think there are any compromises involved in reaching this balance?

Of course, some people might think there are compromises, like the front wheel size. An off-road rider might choose 21 inches [as fitted to the Africa Twin], while other makers might choose 19 inches for the road. We wanted to create an adventurer – a bike you could take everywhere, but even if you don’t use its full potential, it gives you the emotion that you could go anywhere, if you wanted to. You have this idea of adventure. Some might think this is a compromise, but it is a feature, so you can choose any kind of road.