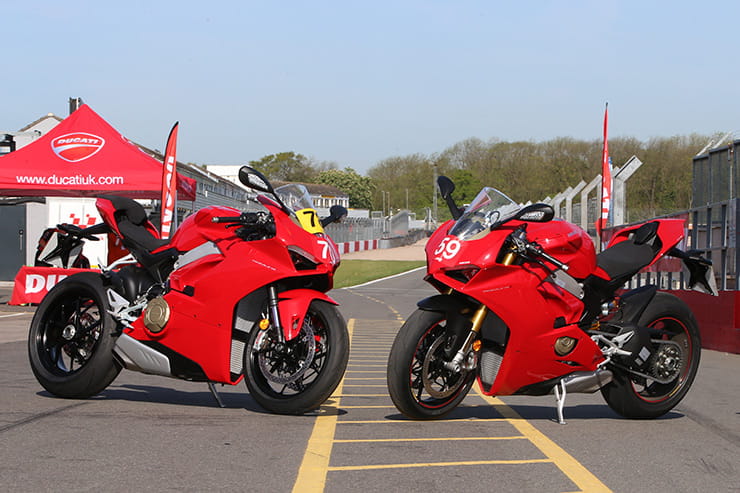 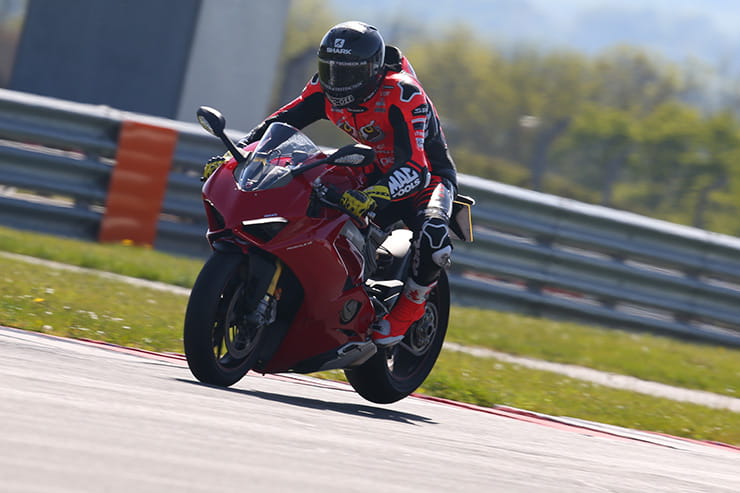 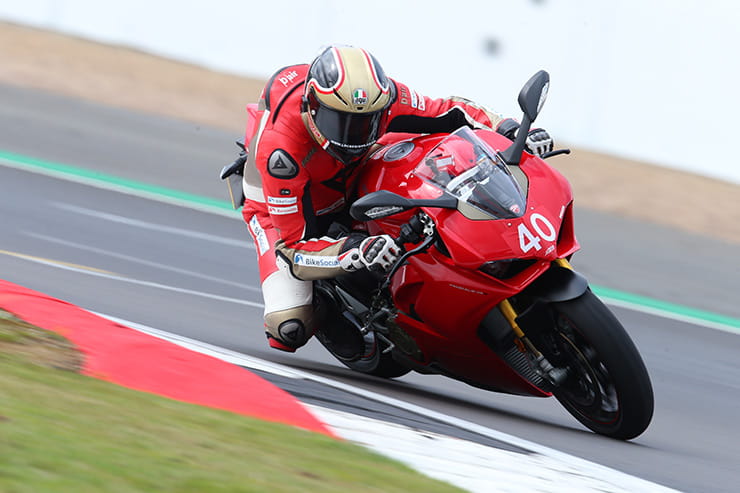 Choosing any vehicle… hell pretty much any consumable be it a TV, phone, coat, house, dog usually come with plenty of options. Usually, we have a budget in mind then never stick to it because the one with the extra goodies is justifiably within reach.

“Oh, it’s just a few pounds extra per week,” we kid ourselves. The extra 1” bigger wheels, 3” bigger screen or 5” bigger dog is necessary, right? If we’re to keep up with the Joneses then of course it is.

We see it with sales figures too. The 850 GS is a terrific motorcycle but when BMW dangles the 1250-shaped carrot with its dynamic this and that, taller whatever and longer range, is it the so-called ‘better’ bike? The number sold this year and for the last 15 years would back that for the larger of the adventure Beemers vs the next level of capacity down. Who judges you at the local bike café in terms of having a larger and more electronically-laden machine, anyway? You’d certainly be the butt of the jokes when you struggle to cock a leg over it then wobble away unconvincingly. The Dakar rally organisers need not worry when Mr GSA can barely cross a drain cover without the traction control light going doolally.

So, when it comes to spending either £20k or £25k on a bright red Italian sportsbike, who is to say that the highest spec of road-going Ohlins suspension isn’t worth every penny extra. The beauty might well be in the eye of the beholder but the ride quality is certainly in the rear of the rider.

To establish if the £4,800 extra of a Ducati Panigale V4S is worth spending over the standard model, we took the opportunity to ride both back-to-back at the Ducati Owner’s Track Day at Donington Park and Silverstone including the official low down from an Ohlins representative and a little cameo from Bennetts British Superbike title contender, Scott Redding, who races the homologation special, Ducati Panigale V4R, for the PBM team this year and is destined for the Word Superbike paddock next year on the same machine.

Almost £5,000 is a big chunk of money for a letter; 25% extra for an ‘S’ model in fact. But you know you’d regret not splurging a bit more of the kid’s inheritance if you pull up to the lights on your Panigale V4 only for an S with its posh wheels and additional suspension cabling to roll up alongside. Heaven knows what would happen if they had a full Akropovič race system fitted too!

To put it into context, the standard Panigale V4 already comes with a suite of electronical magnificence including ABS Cornering Control, Traction Control, Slide Control, Wheelie Control and a classy, fully adjustable Showa BBF suspension set-up among much more (detailed in the spec table below), yet the S comes with these little extras: 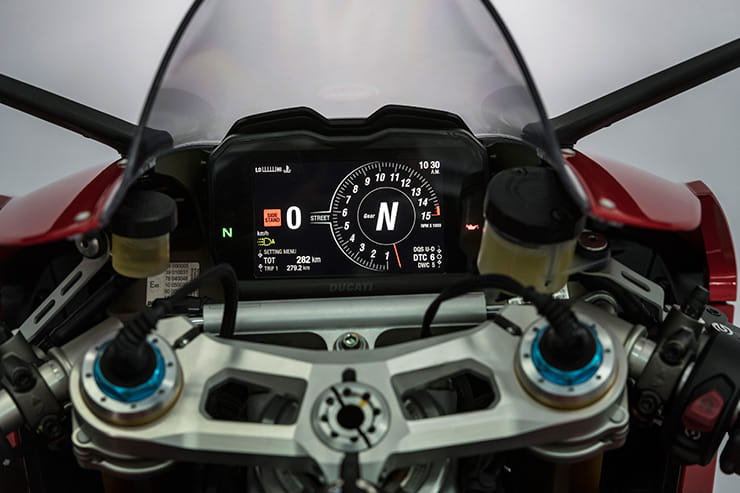 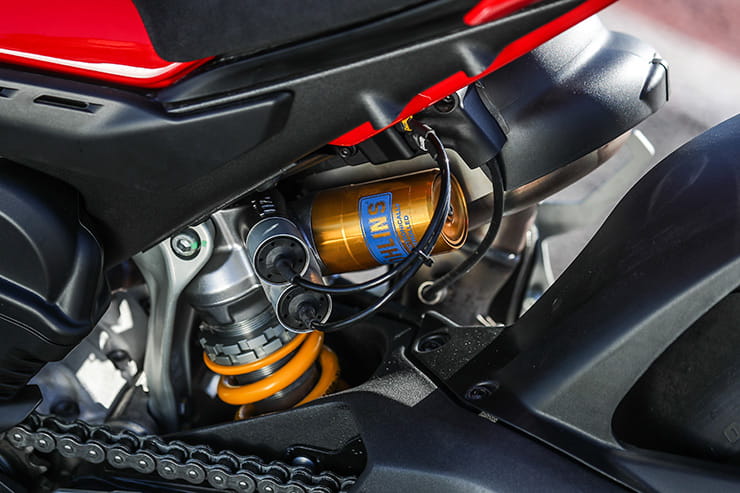 How does the Ohlins suspension work?

From P&H Motorcycles, Sam Chisnall, an Ohlins expert, was on hand to explain, “On the V4S, the electronic suspension is fully active meaning that it’s fully adjustable electronically. The bike will effectively adjust its own damping; compression and rebound, to suit riding conditions, that’s for both forks and shock.

“So, it will pick up information from the rest of the bike – throttle sensors, brake pressure sensors, speed sensors, engine sensors, things like that, and that will feed into the Suspension Control Unit which then make adjustments to the damping front and rear. It’s an Ohlins specific suspension control unit that is part of the bike as standard which then speaks to the other computers on board to determine what to change. It won’t know which surface you’re riding on but if you were to give it a bug handful of throttle it will adjust the rear for the situation, in that case.

“The main part of the forks are the same, internally in terms of the components. The biggest difference is the electronic stepper motor which does what the screwdriver used to do. Manually, pre-load is still adjustable, front and rear, which controls how the bike handles determining how the bike tips into a corner and bike stability.

“This is another rider aid that has filtered its way down from racing technology to the road. More experienced riders and serious track dayers might be more comfortable with the old-school clicks and being manually adjustable but once you get the preload and ‘rider sag’ set, and the bike is in Dynamic mode, it’ll adjust itself.”

So, if you’re lazy or you don’t fancy mucking about with suspension settings that you might not understand, then both confidence and ride quality arrive in spades if you trust the electronics to do its job. With 200+bhp available through my right hand then I’m more than happy to put my faith into the years of research and development from Ohlins and their long-standing relationship with Ducati. 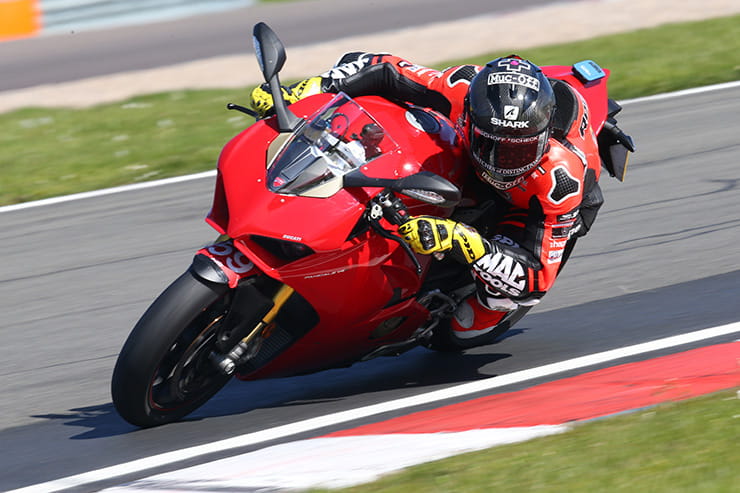 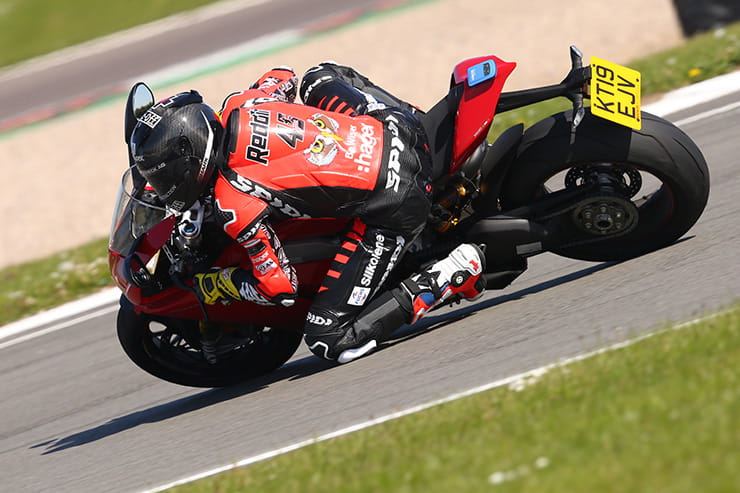 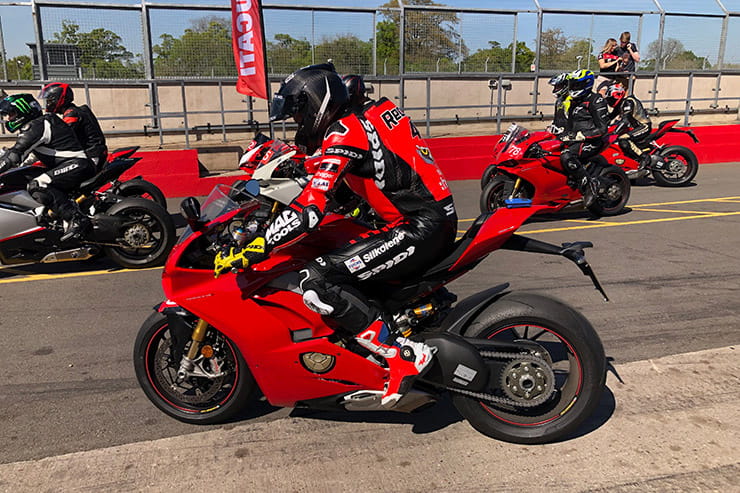 Having won 11 of the 24 races so far in the 2019 Bennetts BSB season, PBM Racing’s Scott Redding is used to a little success on a Ducati Panigale V4. However, the race machine is a little different to the road-going version… or is it?

The Gloucestershire man who heads into the season finale triple header at Brands Hatch with a 28-point lead has had his own standard V4 (with an Ohlins shock fitted) as a test bike to familiarise himself with some of the UK circuits but when let loose on the V4S road bike for half-a-dozen laps of the Donington Park GP circuit back in May, here’s what he had to say:

“It felt good. We had the Pirelli Supercorsa’s on the S, not like the slicks on mine but even with no warmers on after two, three corners, it felt good. It’s got more power than my bike and pulled a little better. It felt a little bit more rigid, which could be the wheels and I enjoyed riding it, it felt more like a race bike than mine. A 1m36s straight out of the box as a road bike is pretty good (his recent pole position time was 1m28.4) – I could happily race that bike as it stands there now. It performs phenomenally for the best of both worlds, as a road bike and a track bike!”

Hardly surprising that the man paid by Ducati to race a Ducati rates the Ducati but Scott Redding isn’t one to mince his words or shy away from an opinion.

I share Redding’s views, the Panigale V4 range is packed with electronics that cushion even the most inexperienced rider, and even though the standard Showa suspension is still incredibly plush (Ducati wouldn’t use any old shoddy forks and shock after all), the top notch electronic Ohlins is like having an expert and their screwdriver with you at all times making miniscule adjustments in the blink of an eye to make that ride quality even better. And unless you ride the two machines back-to-back covering the same road at the same pace, the differences would be hard to spot. It’s easier on track because the same corner comes around every 135 seconds-or-so making judging the effects of any modification in the damping simpler. Tipping into a corner at a particular speed and analysing the reactions of the bike’s front and rear then making adjustments, either electronically or manually, is not applicable for every rider, especially those who don’t understand what they should be feeling, but it’s going to offer the best opportunity to personalise a suspension setting – it’s up to you if that’s for track or road. 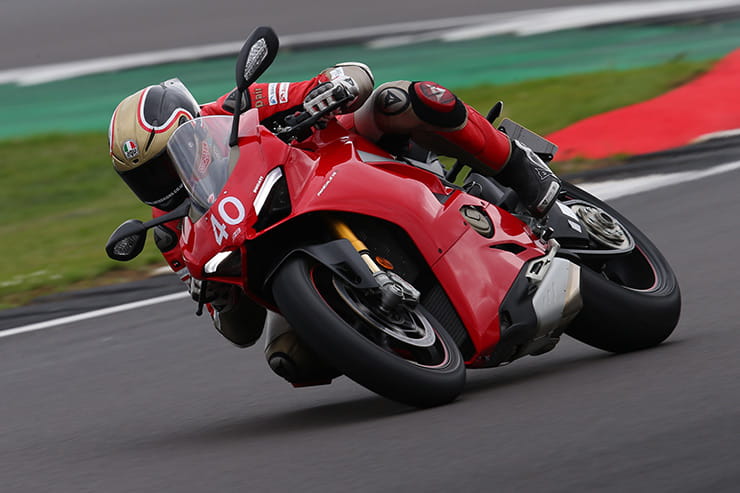 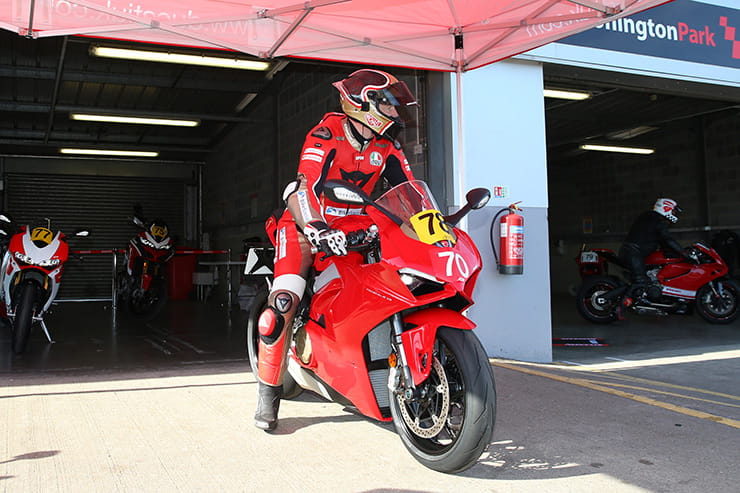 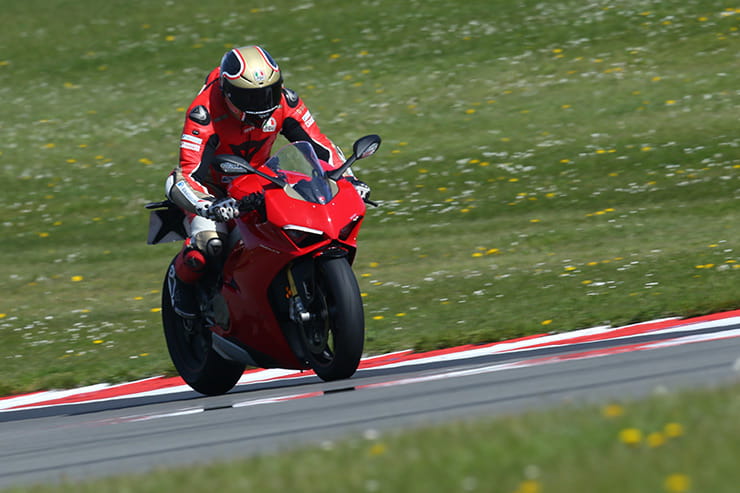