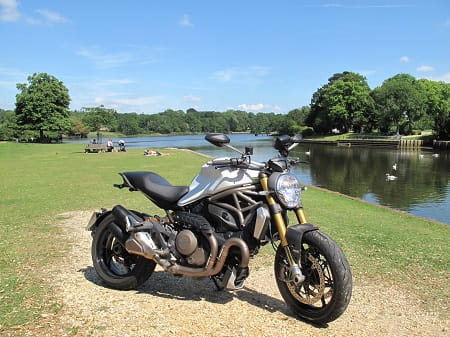 So far we've clocked 2636 miles on our long-term test Ducati Monster 1200S, and we’re well impressed. It handles better than an older generation Ducati sports bike like a 999, is way more practical than we first thought, and makes more power than a Ducati 996R so it’s no slouch on the road.

But what we’ve found more than anything  during our travels this month is that as long as you’re prepared to roll off the gas a bit, the Monster 1200S is also a practical motorcycle that can take 160 mile stints in the saddle.

We fitted a Touring seat from Ducati's accessory range. It's a 25mm higher saddle from the Ducati options list as at six foot four we were struggling with the standard seat, and the relatively cramped footrests so we got a higher seat from Ducati UK. It costs £198.53 and makes enough of a difference to justify the cost if you're taller than average. 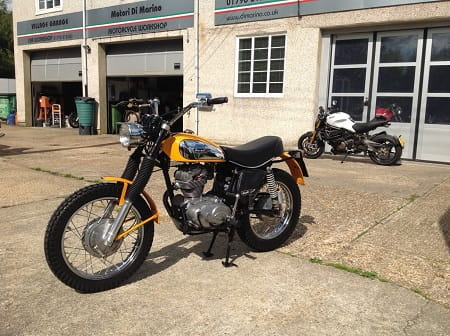 On a recent tour of Kent, Sussex, Surrey and the New Forest to see a load of Ducati dealers, some collectors for features and a stop off to see the new motorcycle section at Beauelieu Motor Museum the Monster was a worthy companion. It drew a crowd everytime we stopped as it's still a rare sight on UK roads, and was more than upto the jopb of fast A-roads, towns, motorways and backroads.

In fact, the Monster proved that it’s not exactly a tourer, but can cover distance if required with a large bag on the back and will record 50mpg if you treat it gently. Cane it and you’ll be looking at 29mpg and 100 mile visits to the green pump. 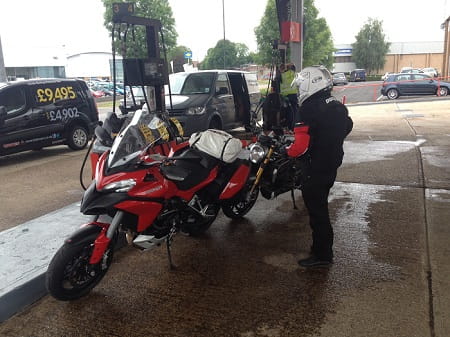 We hit the road with Tim Maccabee, MD of Ducati UK and spend two days swapping between the Multistrada 1200S Touring D-air he was riding and the Monster 1200S, covering some 457 miles over a couple of days. It wasn’t easy to strap a bag on to the Monster as the hooks under the seat were too close to the bike to get any tension in the bungees, and the rear footrests hangers are so chunky you can’t get a bungee round them. But, like we say, it’s not a tourer! 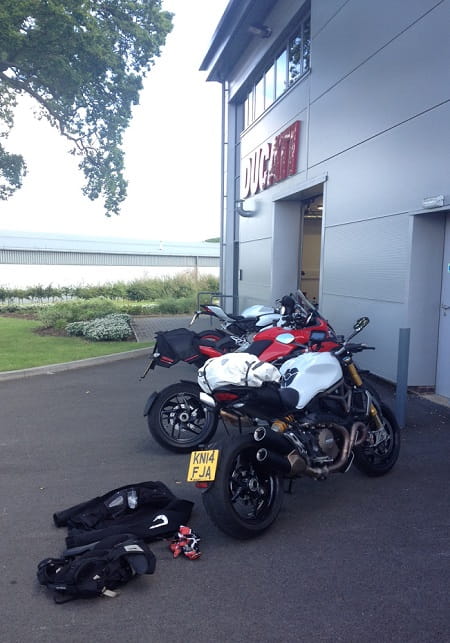 If the Multistrada was the bike to ride on fast A and M-roads, the Monster was of course the bike you wanted to ride away from straight roads. When the road was twisty, narrow and hilly, the Monster came into its own.

On the leafy lanes of rural Southern England you don’t want for much on the Monster. That 145 horsepower motor is stonking.

It’s a little aggressive on bumpy roads in the Sport mode, but in the slightly softer map of Touring mode the throttle isn’t so sensitive. You still get full-power though and you can roll it on using the most of that incredible mid-range. It’s so strong in fact that it took me around 2000 miles to work out there are neat red shift lights at the top of the dash telling you when to shift. You never have to rev it hard, so was quite surprised when I found them!

The brakes too are superb. Our bike is fitted with top-end Brembo calipers and ABS. If you try really, really hard you can get the ABS to cut in but only when grabbing a big handful. The brakes are stupidly good and will haul you up rapidly without too much fork dive thanks to the quality of the Ohlins forks. Some of the time it’s a bit rigid, but works well when you start to ride faster. If you’re not a fast rider then I’d recommend softening the adjustable suspension off a touch.

That power and the general hard-riding the Monster has had thrown at it means the rear Pirelli tyre is pretty much cooked after 2000+ miles. We’re impressed with the grip of the Pirelli Diablo Rosso Corsa II tyre, but would have liked to see a bit more wear from the rear. We’re about to try a set of Bridgestone’s new S20 tyres and will let you know how we get on with them.

I said it’s not a tourer, and it’s not. But I couldn’t help be impressed with its ability to cover ground. Both myself, and my Bike Social colleague Michael Mann have done some serious miles on the bike in the last month.

Coming back from Beaulieu to Peterborough in one hit of 160 miles would be hard work on any bike. The Monster just about got away with it, having to stop at 140-miles for a quick fill-up after many motorway miles.

We’ve ridden it quite a lot in town too, and although we’d normally not bother with ‘Urban’ mode, on the Monster it works a treat. Engage it and the bike makes 100bhp, softening all the power curves, increasing the amount of ABS and Traction control to maximum, and makes the whole thing much more pleasant and easier to ride in town. It proves that at around 115bhp, the forthcoming new Monster 821 should have plenty of go in it.

On a few runs chasing Tim Maccabee on the 150bhp Ducati Multistrada 1200S during our Ducati dealer tour road trip, I left it in 100bhp mode a few times. I was surprised that if you worked it a bit harder and used more throttle you could stay in touch. Shows how much power we really need ijn the real world I guess.

What is also obvious is that Ducati’s dealerships in the South of England are wide and varied, from the latest shiniest showrooms to good homely dealerships where everyone knows your name. But as we toured around all of them and more, the same vibe came from all of the dealers - ride a Ducati and you really are part of the family, it's an instant ice-breaker.

Missed our last update on the Monster 1200S? Read it here.

Thanks to Ducati UK and Tim Maccabee for arranging the road trip, P&H Motorcycles, Motori Di Marino, Beaulieu Motor Museum, Moto Rapido Ducati and WM Snell for putting up with us. 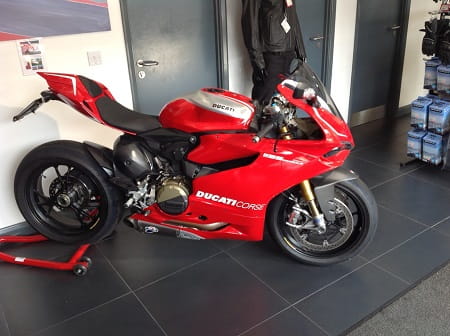 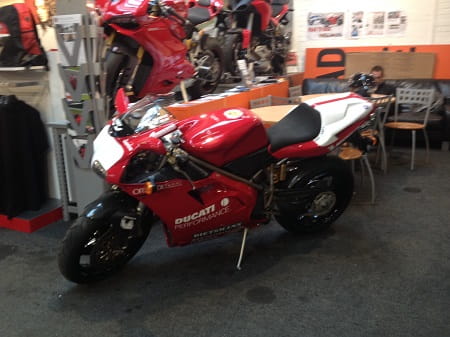 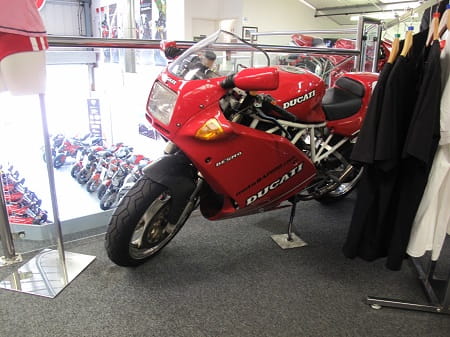