Do Loud Pipes Save Lives? 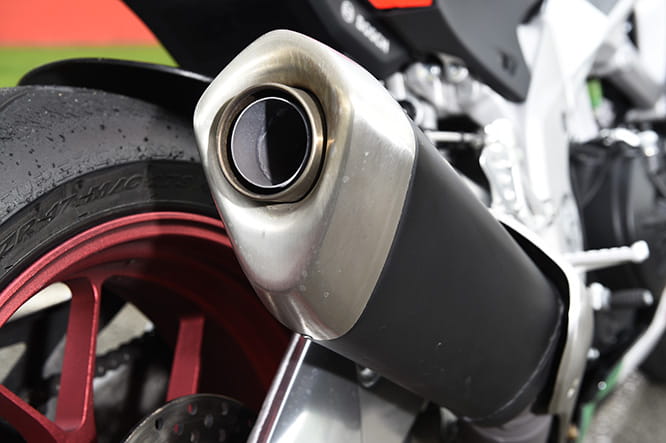 Many riders believe that a noisy pipe is the best way to get you noticed by other road users. It is a subject which invites discussion.

While a loud pipe may help you to get noticed, there are a few things that reduce its effectiveness as a safety aid. Bike exhausts point backwards so you’re constantly leaving the noise behind you which makes a loud pipe less effective as an audible warning. It’s not always obvious which direction a noise is coming from. Some drivers, indulge in distractions which make them potentially lethal: loud music (sometimes listened to on headphones/ear buds), mobile phones (including mobile texting by the super-intelligent), smoking, that irresistible cup of coffee and who can forget noisy children on the school run? While the Akrapovic system on my GSXR750 no doubt helps, my high visibility clothing is more effective. If I’m in any doubt about being seen, I use either the horn, a flashed headlight or both. 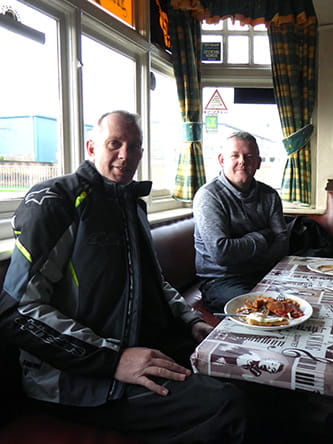 We went in search of some winter riders to ask if they thought that loud pipes saved lives. First stop was the Victoria Bikers’s Pub in Coalville, Leicestershire, where I found Lee (Kawasaki Versys 1000 – standard pipe) and Andy (1999Fireblade with Werx pipe) enjoying a late breakfast.

Lee said, “I think they are OK as long as they are used properly.” While Andy said, “They definitely help you get noticed especially in town and when you’re filtering.”

Heading over to Wheels Motorcycles in Peterborough, a Fireblade owner who told me that his bike sounded like “a gorilla with its nuts being tickled,” said he didn’t think it helped him get noticed “I just like the noise.”

One of his mates, who rides a Honda CBR1000F offered something rarely considered. “Loud pipes are definitely safer for pedestrians. Some standard exhausts are so quiet that they [pedestrians] can’t hear you coming, a bit like an electric car. I’m not sure it makes any difference when it comes to car drivers,” he added. The third member of the trio took up the point about cars, “I don't think that car drivers can hear you until you are right on top of them, however loud your exhaust is. They are too shut in.”

On the other hand, a Triumph fan (he’s got three, a Scrambler, a Thruxton and a Tiger) said, with a grin, “I’ve got loud pipes on all my bikes and I’m still alive.”

Though he went on to say, “I’ve never seen it as a life saving aid. I like the noise, but tone is more important than volume.”

The bloke standing next to him took up the theme and made an important point that was echoed by others I spoke to. “You have to be more socially aware about the noise you make nowadays,” he said. “It can be horrible for village residents.” 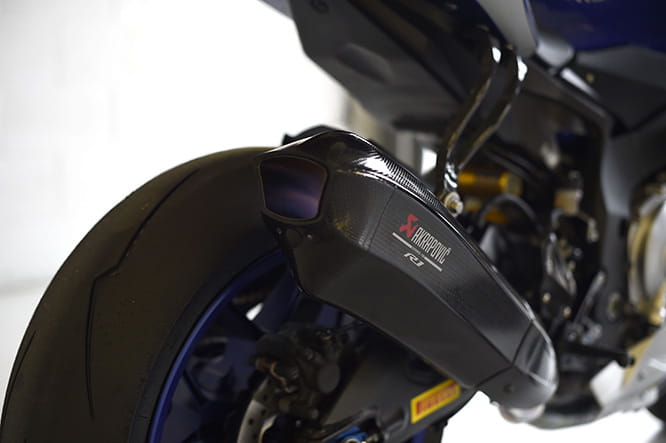 Most people agreed that you should knock it right town in towns and villages; high gear, low revs, an almost religious adherence to speed limits, no throttle blipping, but so far nobody I spoke to had come out strongly for loud pipes as life savers.

That changed when I asked the question of a B King owner. “Yes definitely,” he said and another riding walking past backed him. “Without a doubt.” This guy thought car drivers needed all the help they could get to notice us, echoing the comments made tome late last year by a guy riding a Harley Sportster with slash cut pipes whom I met while doing a story on hi vis clothing who joked that loud pipes should be made compulsory.

To finish off, I went down to my favourite local bike shop Bikes, Trikes n’ Stuff. Jay, who owns the shop, was in no doubt. “They [loud pipes] definitely save lives,” he said and asked the question “Why isn’t there a law about noise limits inside a car? They [car drivers] can have music on as loud as they like and it’s legal and it makes it impossible for them to hear what’s going on around them.” Jay went on to say, “80 per cent of my customers have aftermarket pipes and as well as the safety bit, the pipes are often much better quality than the manufacturer’s original.”

Pipes and the Law

Any new bike sold in the UK must comply with UK law on noise. The OE exhaust has to carry the manufacturer’s name and part number. If you fit an aftermarket exhaust, the police can prosecute you if it does not carry the relevant BS markings. If you want to know more, click here for the Government website.

Exhaust marked ‘Race Use Only’, or ‘Not for Road Use’, are, of course, illegal. Oddly enough, the guidelines for MoT testers do not require the presence of BS markings. Systems marked with ‘Not for Road Use’ or similar wording will fail but apart from that, this is the official advice for the tester on failure:

If you don't like reading lengthy government documents, you can find the full info on How to Avoid an MoT Fail by clicking here.

What was interesting to hear was that most people, whether or not they believed loud pipes saved lives, thought that we all need to be careful not to piss people off with our noise while using safety as an excuse.

So what do you think?

Opinion among the riders I spoke to seemed evenly split between those who though a noisy pipe was a safety aid and those who thought that it didn’t help much at all beyond just sounding good.