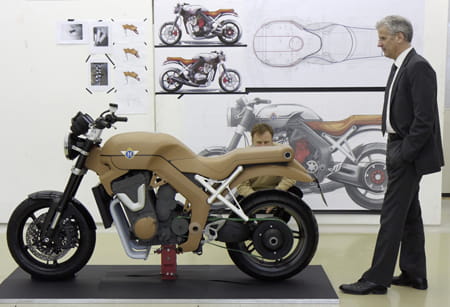 Horex is a small volume German manufacturer who can trace their origins back to 1923 when it was founded by the father and son team of Freidrich and Fritz Kleeman who owned a number of diverse companies, including the Rex Glassware Company based in Homburg who decided to diversify and produce motorcycles. (The name comes from the amalgamation of the first two letters of the town Homburg and Rex.)

The new company, like many others at the time, used four-stroke engines supplied by an outside company, in this case Columbus, another German company based in Oberursel, also owned by the Kleemans. The two companies were merged in 1925 to make life simpler and produced bikes with single cylinder engines ranging from 198 cc to 600 cc, before moving onto twin cylinder versions in the 1930s.

Some of these had four valve heads and in 1935 they won the German sidecar championship with a supercharged twin and even marketed a 980cc twin as well before war stopped play.

The factory survived almost unscathed and started post-war production of a 250cc single until the capacity restrictions were lifted by the Allies and this soon grew to a 342cc machine called the Regina, which soon found favour with racing motorcyclists as well as government departments.

Despite then increasing the range further by producing a 500cc parallel twin, by 1955 the company was struggling and by 1958 production had ended with Daimler Benz taking over the rights to the company in 1960. 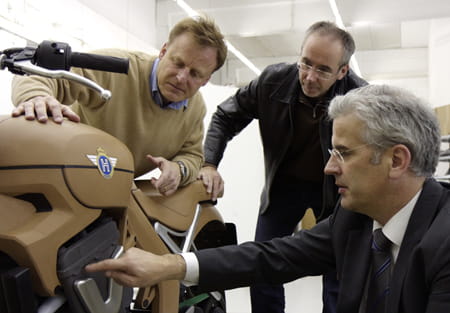 However, in 2010, it was announced that the brand would be revived by a whole new team of people and that a Horex motorcycle with a new narrow-angle, six-cylinder supercharged engine would be available for sale in Germany, Austria and Switzerland by the end of the following year and so it was with launch of the VR6 Roadster which is still selling well.

The new bike features an aluminum bridge frame with a steel steering head with WP inverted forks and a single sided swing arm at the rear end again using WP suspension. Final drive is by belt on this very modern machine.

On the rolling chassis front it may not have been too different from existing machines, but in the engine department it was quite different, using one that had actually been in development since 2006. Thanks to the narrow-angle of the 1218cc V6 it is able to use a single cylinder head which has three camshafts – a first for a motorcycle engine. 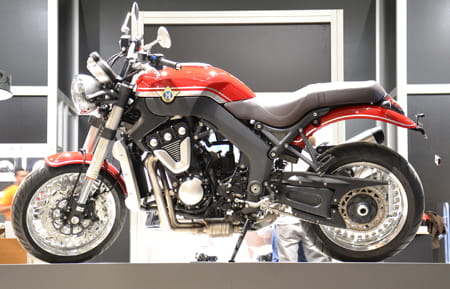 Now the company has just announced that in addition to the standard Roadster, there will be the VR6 ‘Classic’- a bike that was first shown as a concept at last year’s International Motorcycle Show in Cologne. It will be sold alongside the original and differs in that it has a two-tone paint scheme and wire spoked wheels (that use tubeless tyres) along with a different seat.

The man primarily behind the design of the ‘new’ model is Peter Naumann, a design professor at the University of Munich. He said: “The Horex VR6 Classic pays a tribute to the legendary bikes originally built in Bad Homburg. The classic Horex red in combination with silver accent stripes is reminiscent of the famous Horex road and racing models.” 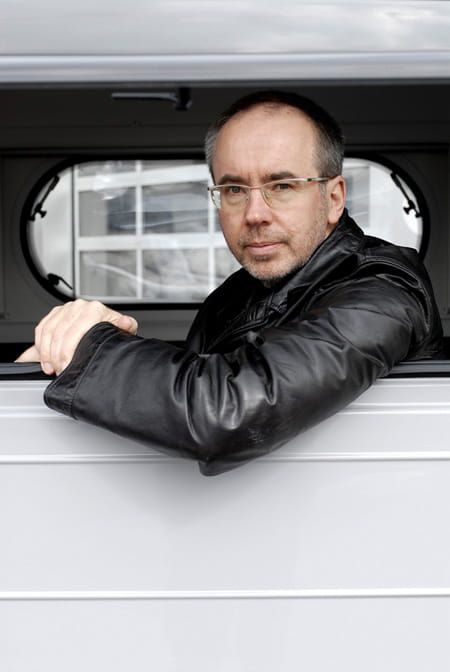 On the engine front, Fritz Rombach from Horex said to go with the visual changes, they have moved the torque further down the rev range, by adding interference tubes to the bends of the 6-in-2 exhaust system to reduce back pressure, in conjunction with a new engine mapping system that increases torque in the low and medium engine speed ranges.

However, if all this has whet your appetite for one you will still have to travel to Germany and pay 24,500 euros, or go to either Austria or Switzerland which are still the only other two countries where the bike is on sale at present!

To learn more about our Classic Motorcycle Insurance click here.