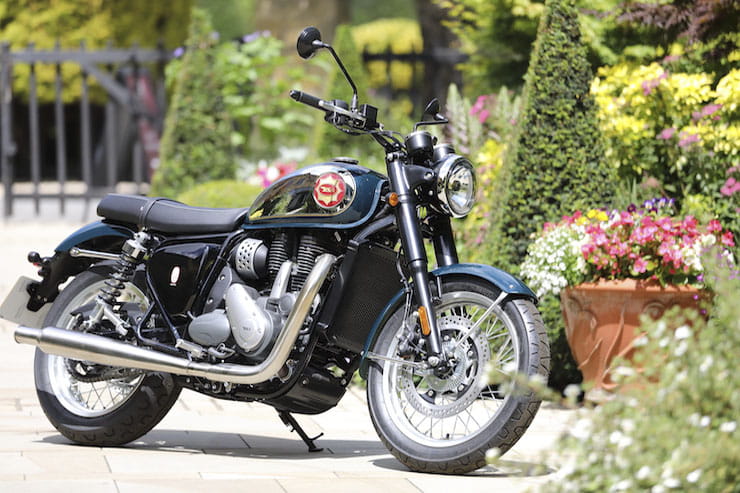 It’s one thing to revive an iconic motorcycle, but when said classic happens to be the muse that has gone on to inspire an entire segment of like-minded models, it becomes much less of a challenge and more about respecting a rich heritage.

Indeed, while today’s retro-themed motorcycles may be distinguishable by their signatures, these are just the garnish of a traditional silhouette pioneered in the UK at a time when Great Britain set the global standard for cutting-edge motorcycling.

Back then, no British brand encapsulated the gravitas of motorcycling better than BSA, whose motorcycles such as the Gold Star, Bantam and Lightning - the contemporary revolutions of their era - live on today in the spirit of models like the Yamaha XSR700, Kawasaki Z900 RS and Triumph Bonneville.

Considered one of the world’s biggest and most revered motorcycle marques during the 1960s, while BSA didn’t get far into the 1970s before folding, it’s a measure of the company’s status that it remains so fondly regarded 50 years later.

For this reason, it is perhaps little wonder India’s Classic Legends - via parent company Mahindra - sees such value in not only reviving BSA, but doing so exactly from the point of origin.

"When we started this, we decided the engineering, styling and testing had to be British," BSA Director Ashish Singh Joshi tells BikeSocial in an exclusive interview during a press engagement taking place - very deliberately - in the picturesque village of Broadway, where bunting lined streets, cobbled paving and whimsical boutiques succinctly reflect the grandeur BSA is attempting to re-capture.

"It is easy if you’re doing a badge exercise, you’re just picking up someone else’s product, but we were doing it from the ground up. 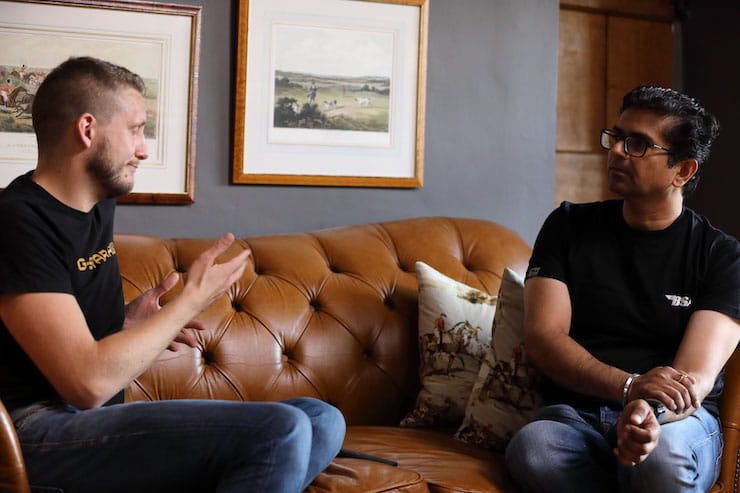 For now, BSA is having to compromise on its ‘British is best’ approach due to the lingering impact of COVID-19, plus the headache of both Brexit and - fittingly at this moment - government cabinet reshuffles. As a result, the first Gold Star 650s to roll off the belt will do so in India.

Nevertheless, the Gold Star 650 is otherwise a very British creation with its design, development and engineering originating right here in the UK, while Classic Legends remain committed to building future BSA models here too when the time comes.

"From day one when we imagined this machine, we said it had to be British designed and engineered.

"It was the plan to produce in the UK too, but that was before COVID. We didn’t want to wait for it to clear, so we went ahead and established a facility to manufacture it in India. Without COVID it would have been established here, but we are still talking with the government so once that is sorted, we will set up here."

At a time when most manufacturers are out-sourcing much of their production overseas to keep costs down, BSA eschews this trend by instead coming back in the other direction from east to west.

While not necessarily the easiest or cheapest method, Classic Legends co-founder Anupam Thareja believes the UK’s superior engineering expertise and the value-added reputation of a ‘Made In Britain’ product is worth far more.

"I’m anti-corporate, my accountant will tell me ‘What’s wrong with you?’ [choosing UK over India], but I say I will go from here. I’ll go to every other market before I go to India, we can always sell capacity in India.

"The charm this little island carries - the accent, your sitcoms, the sense of design… Indians love it too and you’re asking me to hide that?" 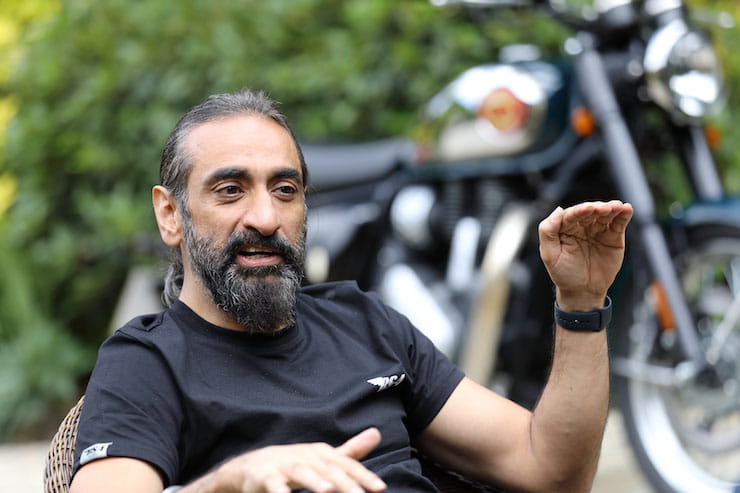 It’s a responsibility amplified by the decision to relaunch BSA with a modern-day reimagining of its signature flagship, the BSA Gold Star 650. Indeed, such is the affection for this model, BSA were actively avoiding reviving its most famous motorcycle initially, so as not to risk both the motorcycle’s legacy and - by extension - the future of ‘new BSA’.

"We didn’t start out wanting to make the Gold Star. It’s a risky strategy… a very risky strategy," Thareja says. "I am passionate, and this is a dream project, but logic was telling me don’t do it.

"What if we get it wrong? If you get the Gold Star wrong, you get BSA wrong. The flagship is here now, it’s a responsibility for the motorcycle, therefore the brand."

However, after stylists were given a blank sheet of paper, they filled it with a model that BSA says unequivocally revealed itself as the Gold Star.

"When we started off, we told the designers we do not want a Gold Star," Joshi adds. "We said we are designing a BSA, we will figure out what name afterwards.

"Then the first sketches came back, and everybody turned around and said ‘that is the Gold Star’. It was like the bike had manifested itself.

"From BSA’s past, if you remove the Gold Star from the line-up, quite a lot of the machines had special design cues on them, but we didn’t want to call it [first bike] a Gold Star. It was the flagship, and you don’t start with the flagship because we’ll be under the microscope. 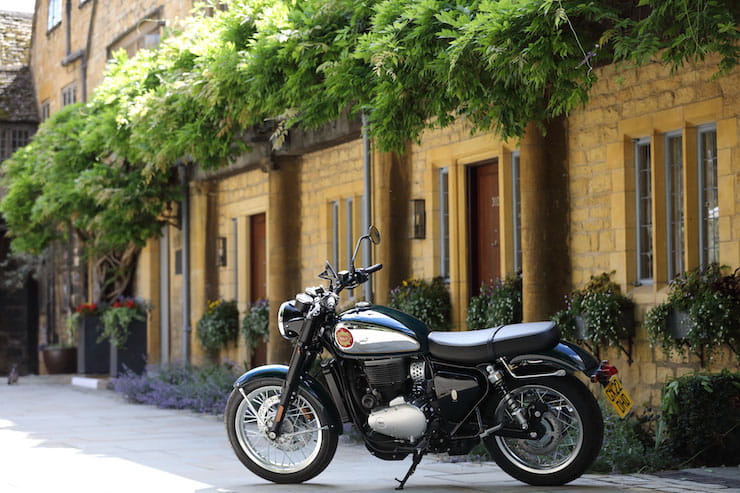 The pressure of modernising a muse

Given the original Gold Star’s traits continue to be reflected in modern-day interpretations of BSA’s rivals, re-designing a model so synonymous - not only to BSA but an entire segment - added another dynamic to the task at hand.

Nevertheless, by sticking to the basics, the BSA Gold Star 650 is a triumph. Keeping it simple with a look that blends nostalgic flair - from the polished finish and vintage detailing - with contemporary quality, even the choice of a large-capacity single-cylinder engine harks back to BSA’s origins.

"If you are relaunching something, you need a connection with it. You can’t just break away from the past, you need a base to build on and then you figure out how much you want to move away from that.

"This machine is our bridge. Is BSA going to go and do something else? Yes, but the DNA will still remain, it will still be unmistakably BSA.

"Beyond that, a Gold Star engine needs Gold Star performance. When debating engine choices, we decided the twin was an easy choice but then we looked back and wondered why people stopped investing in single-cylinders."

The BSA Gold Star 650 comes at a time of rude health for the modern classic segment as models once considered old-fashioned evolve into fashion statements. This is no better represented than by Royal Enfield, once dismissed as being too basic, now considered one of the industry’s most authentic and charming brands.

It’s popular in the UK too with both the Meteor 350 and the Interceptor 650 nestled within the top ten on the sales charts. For the BSA Gold Star 650, the latter is viewed as its closest rival and to which its success or failure will be judged against.

However, Thareja plays down such a rivalry, saying BSA will adopt a ‘quality over quantity’ approach with the UK market - rather than target volume in India - which it has no plans to rush.

"I don’t think it is a like-for-like comparison [with the Interceptor 650]. I think the responsibility of BSA is to expand the market if we can, that’s a broader objective. I’m taking a decade's view of this."

Charging into an electric future

While the Gold Star 650 wears its heritage as proudly as the crest on its tank, it’s worth reminding the announcement of BSA’s return back in 2020 actually spoke of an entirely different vision for the brand.

Indeed, BSA planned to reposition itself as a forerunner of the burgeoning electric movement, a significant factor in the government awarding a £4.6m grant towards establishing a manufacturing base in Birmingham and investing in the UK’s electric technology expertise.

BSA even developed an EV prototype before charging the higher profile Gold Star 650 as its comeback lead. Nevertheless, electric remains a significant part of BSA’s future and while questions remain over how to weave a modern (albeit divisive) powertrain into such a classic image, Thareja hints an EV model could become the follow-up to the Gold Star 650. 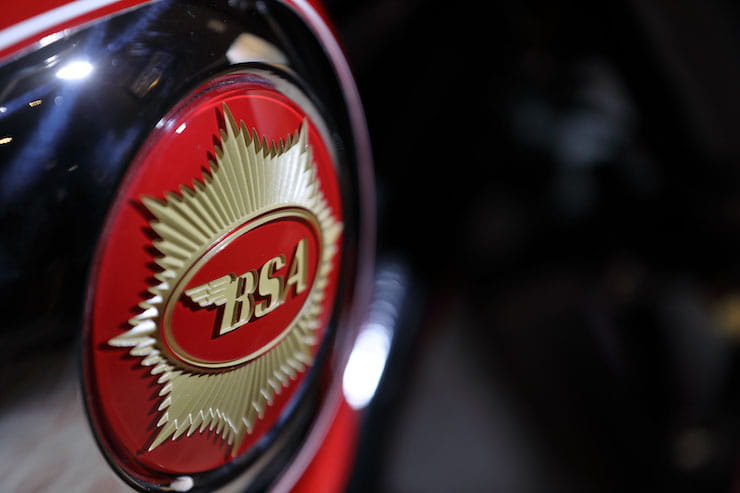 If electric represents the future for a brand so integral to motorcycling’s past, then BSA’s present is perhaps best reflected in speaking to intrigued passers-by in Broadway as they stopped to gaze over the Gold Star 650 parked outside the venue.

With many recalling memories and references of a time gone by, it is clear the affection for BSA has endured many decades for good reasons.

It is this historical immortalisation that Joshi believes has deterred others from attempting to bring BSA back sooner.

"BSA was an unsullied brand, it had never been revived, so there was quite a lot of intrigue into why people had not tried relaunching BSA, and the answer was there is a task to build between the past and the present.

"We instantly warmed to the brand, and it became very apparent to us that this was the brand we wanted to do things with. And we want that history, that heritage to come along too."

Even so, while the responsibility to both BSA and its legacy isn’t lost on Thareja, he certainly doesn’t view it as a burden.

"BSA is such a big brand, [bringing it back] had to happen. There is a sense of responsibility, but we’re having fun."