How tarnished Norton got its sparkle back 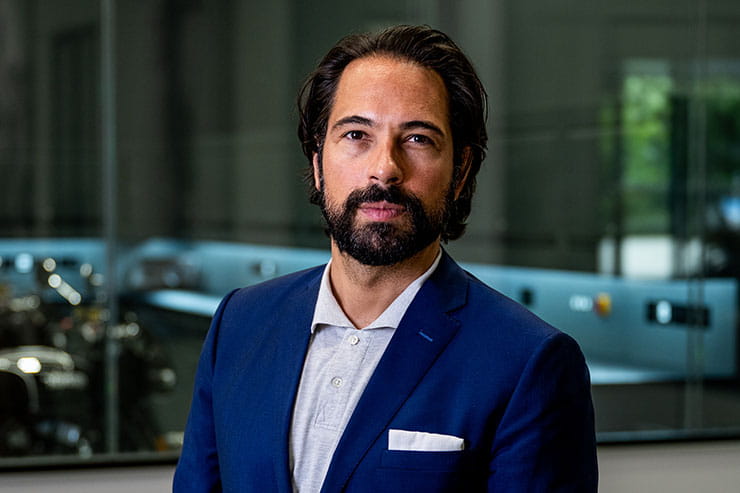 For a company imbued with a history as storied as Norton - brimming with chapters that are as illustrious as they have been tumultuous - there are no doubt myriad days one could point to in the British marque’s 124-year timeline that could be regarded as ‘of great significance’.

And yet, for all those 45,300 or so days stretching right back into the tail-end of the 19th century when Norton was founded, it is this day - 15 June 2022 - that the firm might well be destined to look back on in 20, 50, 75, 124 years’ time as a date in the proverbial calendar circled with the thickest of ruby red marker pens.

It is the day the Norton V4SV - a substantially upgraded version of the company’s flagship sports bike - gets its official launch, and we were among the first few to ride it. It is also the first brand-new motorcycle to emerge out of Norton’s shiny new Solihull headquarters since it was rescued from collapse by India’s TVS Motors.

So, while paying due respect to the V4SV, the magnitude of this particular Wednesday is less about how the motorcycle itself looks, handles and performs and is instead more about what it represents as a prominent, chrome-plated border dividing the rocky, storm-lashed terrains over Norton’s shoulder from the sun-kissed, smooth-riding routes of a brighter future ahead. At least, that’s what the forecast promised.

Those are the words of Christian Gladwell, Norton’s newly appointed Chief Commercial Officer and latest hire to its renovated senior management structure speaking to BikeSocial in an interview to mark the launch of the V4SV. 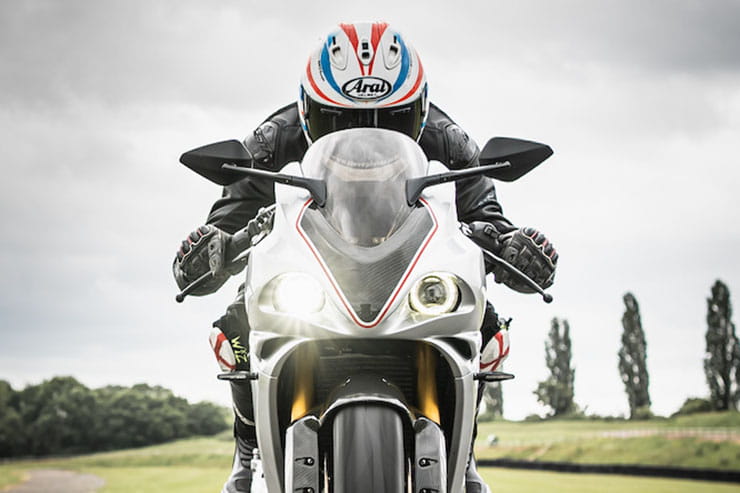 Smooth though the road may be towards Norton’s future, it is also a long one… and Gladwell will be carrying a lot of baggage along the way.

Arguably the person at Norton with the toughest job - perhaps except for the Quality Control officer - Gladwell’s task is to not only bookend its recent past, but curate the company’s story going forward as an affluent, prestige manufacturer of a luxury product befitting of its lofty £44,000 price tag.

It’s a tough set of KPIs (Key Performance Indicators) for any company pitching to a customer base expecting nothing short of exceptional, let alone a manufacturer that once promised attention-to-detail only to be tarnished by attention to the details of its numerous scandals.

However, Gladwell is convinced a long-standing ‘fondness’ for Norton’s iconic brand outweighs and will ultimately outlast the significant damage to its image.

“I approach this with humility,” he replies when I ask how he plans to reconnect today’s Norton with the heritage of its glory days.

“One of the key reasons I took this opportunity was because this is an iconic business and an iconic brand. ‘Iconic’ is a word used way too often, but truly, Norton is a brand where there is such fondness and desire from our customers and the wider population for this to succeed.

“Norton is a great British brand, and I don’t mean that in a narrow-minded parochial way, I mean in an extravagant, innovative, forward-looking, inclusive way… you don’t get these opportunities too often.”

It’s a responsibility that has been amply assumed by TVS Motors, India’s fourth largest motorcycle manufacturer. Domestically, TVS offers a range of affordable, low-capacity motorcycles and scooters, but while these no-nonsense run-arounds are a far cry from the grandiose models associated with Norton, they have been integral to its survival.

Indeed, far from diluting the Norton brand - as some more cynical commentators feared - TVS has instead committed a huge investment in reviving, nurturing and emboldening the brand.

TVS has wiped out Norton’s debt, completed due diligence by fulfilling existing orders, expanded its UK workforce and pumped £100 million into a new production facility. It even took on the responsibility of fixing models built to shoddy standards under Norton’s former management despite being under no obligation to do so.

So, while the practicalities of Norton’s reboot are now all-but-complete, it turns to Gladwell now to spread the good word.

“Norton has been crying out for investment and long-term stability. The people and the customers deserve that.

“The first thing we needed to do in this business was to drastically improve the quality of what went out the doors. Every single person knows that, and it has taken an extortionate amount of investment and time to get right. A lot of initial investing has gone into re-tooling, new suppliers, new materials… all during a global supply chain crunch.

“This is a journey, and you have to do this authentically. We would say we are moving in the direction of ‘modern luxury’, which is why we took the decision to look at our back story in terms of product and cherry-pick a couple of highlights and re-engineer them.

“We want to retain authenticity and a connection with our long-standing customers, while developing a forward-looking ten-year product plan, which of course includes electric and the notion of mobility.” 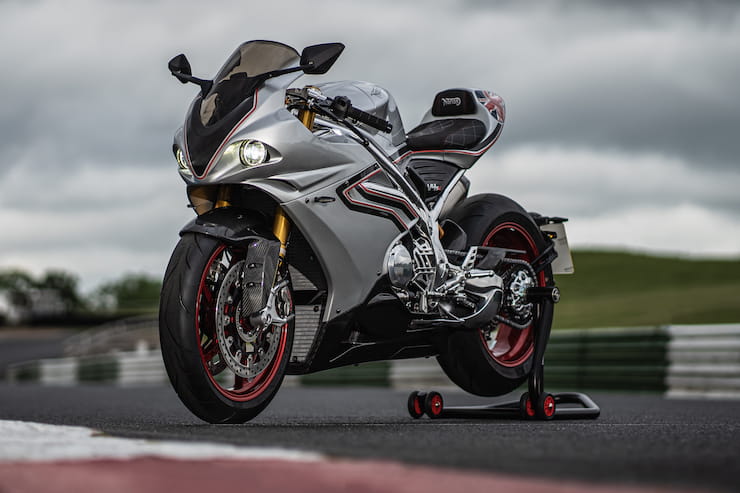 With a career portfolio featuring stints with Bulgari, Burberry and Breitling, while Gladwell’s credentials make him an ideal candidate to fulfil Norton’s vision of being viewed through luxurious rose-tinted Cartier spectacles, he also approaches the role from the perspective of being a biker himself.

Not only that, but he also happened to already own a Norton… and yes, the quality is subpar.

“I have a 961 Sport special edition and, full disclosure, it is the motorcycle I ride the least because the quality is not good enough.

“I have a Ducati SportClassic Paul Smart, which is a lovely bike, but I’m 6”2 so I can hardly fit on it and my wrists scream at me every time I do it, but the difference is it works, it doesn’t vibrate, and the gear change isn’t trying to snap my foot off all the time.”

Norton isn’t the only one changing though. The motorcycle industry is staring ahead at upheaval over the next two decades as fossil fuels are phased out in favour of electric power, putting Norton at a crossroads when envisioning its ten-year plan.

It’s a precipice that Norton views as its opportunity to stop playing catch-up and instead forge itself as an innovator of luxury, nostalgic motorcycles with a very modern conscience.

That’s not to say the Nortons of the future won’t still be emotive though.

“The perfect Norton has to be two bikes.  The bike you use every day to be an EV; it’s got to be convenient, it’s going to delight you with the little things, whether that is the user interface, whether that is the ergonomics, whether it’s the things you didn’t expect an electric motorcycle to do. That could be haptic design, ergonomic design. It will give you little thrills along the way.

“Then you have your weekend ride, which will have a combustion engine. That will be a limited build, it will be the way you reward yourself, the thing that excites and makes you feel special with every single touch. Both of them are going to have commonality of design, commonality of experience and they are going to make you feel luxurious.”

The future is just that at this moment. As of now, this new V4SV serves as the ambassador to Norton’s new era, and it carries a huge amount of responsibility on its sleek shoulders.

But, going back to Gladwell’s words at the top of this feature article, ultimately talk is cheap and the Norton V4SV is not. Now it’s up to the physical product to prove this is a reality and not hyperbole.

“Get on the bike, feel the gear ratio, feel the quality of it, feel the excitement and feel the fact our bikes don’t like others on the planet.

“Feel the fact they are more ergonomic, they are going to involve you more, they won’t be the fastest or chase horsepower but equally when we interpret the notion of a superbike, this is what it would be.