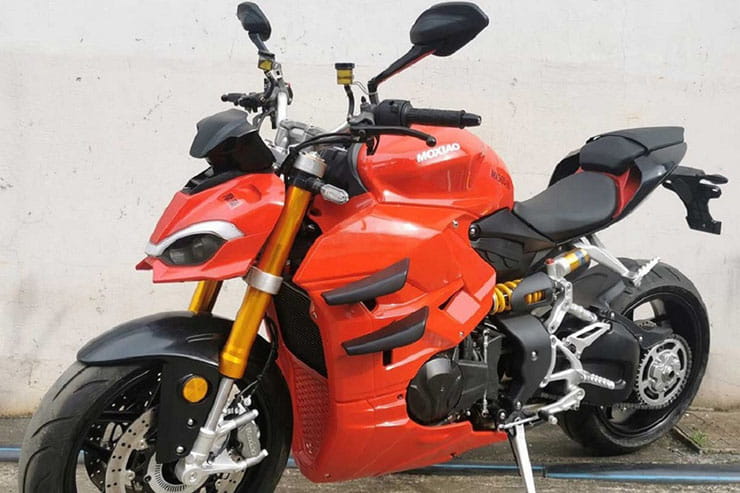 China might now be finding its groove when it comes to original, quality motorcycles to market in Europe but these ten copycat motorcycles show old habits do still die hard:

Of all the motorcycle brands to take inspiration from (trans: rip-off), going for Ducati as your muse is akin to going for the King as your bloodthirsty target.

Prestigious, desirable, iconic… No manufacturer does thoroughbred motorcycles quite like Ducati. Indeed, it’s a hallmark that commands respect in all corners of the world, enough to surely deter any impersonator from being brazen enough to do it the disservice of an impression?

Enter Moxaio, one such very brazen Chinese motorcycle company. In fact, its brass is so bold that it has not imitated one Ducati, but three models to pedal in its domestic market, not to mention a rather unconvincing take on the BMW R 1250 GS Adventure (see below).

Having made headlines last year with its first effort - the Ducati Panigale 959-inspired Moxaio 500RR, which was so off the mark that even the colour wasn’t right - this time the firm has set its sights even higher with these questionable renditions of the Panigale V4 and Streetfighter V4. 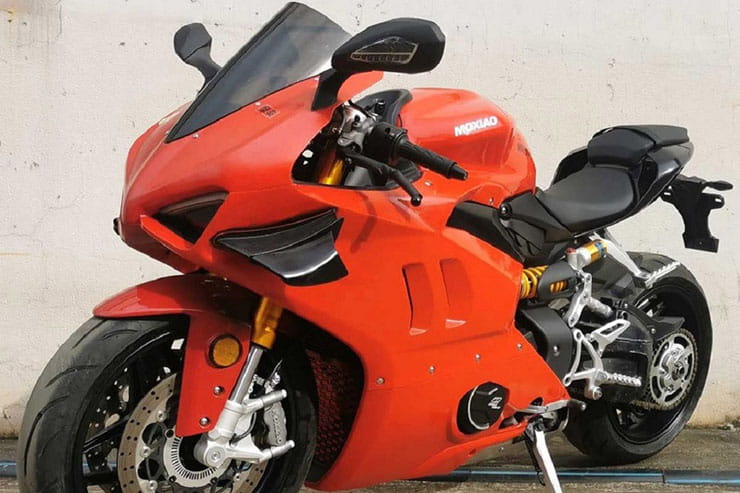 Not so much a mirror image but a very blurry, cracked one, the Moxaio MX650 brings seven years bad luck with its mimicking of the Panigale V4, a model that appears to have been stuffed in a motorcycling equivalent of yoga pants by bulging in all the wrong places.

The look is wing-tipped off with a pair of would-be aero devices that we suspect only serve to provide extra grip when you accidentally snag a bag on it.

It is just as well then that the MX650 doesn’t have much force to push down, its 650cc parallel-twin engine wheezing in at a rather breathless 66hp… quite a fair few ponies less than the 211 stallions packed into its would-be (very) distant relative.

The appeal doesn’t multiply on the more intricately styled MX500, which distils the sporting elegance of the Streetfighter V4 into a hunk of ill-fitting plasticky panels, again flanked by winglets that are all show and no airflow.

Then again, one must admire the attention to detail of the fake gold Ohlins forks and Brembo-style brake callipers, but really, if you covet a Rolex, would you really nip down the market for a Bolex? 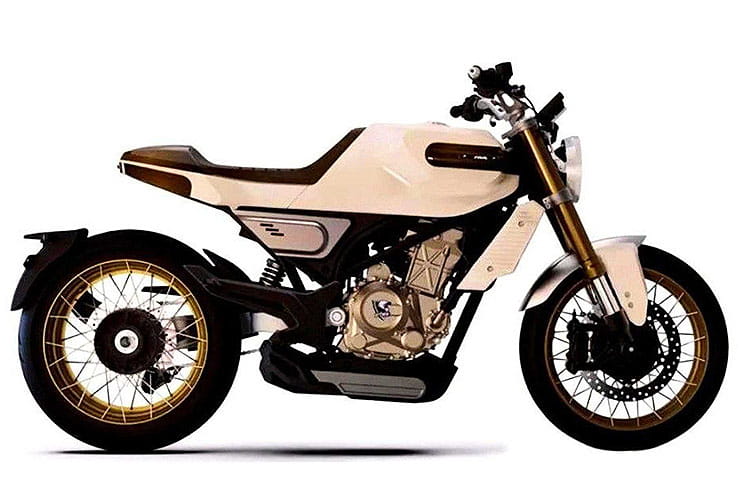 If you’re trying to disguise the fact your ‘original idea’ for the design of a motorcycle was in fact inspired by a dodgy print out of another model, then calling it the ‘Feiken’ is a flat-palm in the face moment. Then again, if you have a sense of humour, then you’ve nailed it.

To an extent it has also ‘nailed’ a fair few elements of the original design, though this can be largely explained away by the fact the chunky, neo-retro Husqvarna Svartpilen 401 from Sweden is already a distinctive dash-cutting roadster.

If the Svartpilen is Ikea though, then the Feiken appears to have skipped a few steps in assembly, leaving you with an allen key and several panels still on the floor. Still, the silhouette is fairly faithful and the multi-spoke gold rims striking, but we don’t have much faith in the damping potential of that front suspension and the 28hp 249cc engine is so small it doesn’t quite nestle into the frame.

Extra marks for effort but best leave Scandi-noir to our friends in the north. 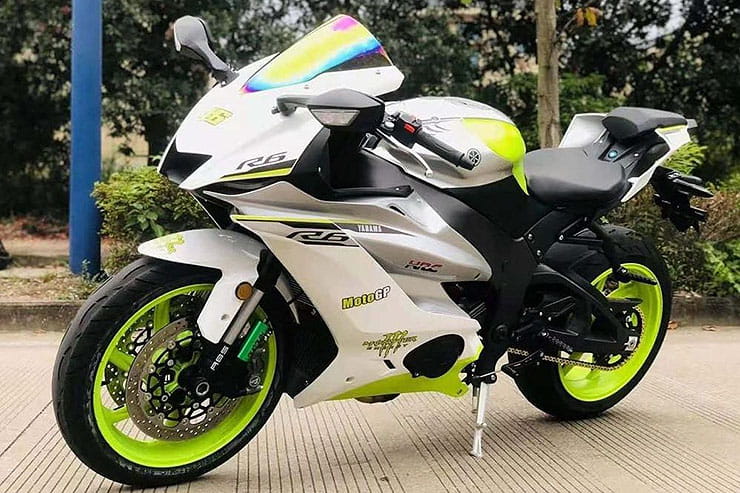 Perhaps more than any other manufacturer, Yamaha has been ripe for target among enterprising Chinese firms looking to prise a quick buck out of the population by using its models as a tracing exercise.

While this is substantially more effective than the amusingly titled Yayama (it’s funnier if you say it out loud), Huaying have not only put a fake moustache on a Yamaha and called it their own, it’s even called the, wait for it, R6.

Credit where credit is due, this one appears to have been painstakingly recreated with a successful take on the prominent nose and slender headlights, though leaving it with the same R6 side-fairing logo as the Yamaha is just a lazy giveaway.

Fortunately, there is some jazzy fluro-yellow wheels and inserts to distract and sizzle your corneas, but anyone hoping for some similarly hot-footed thrills on the road will be disappointed to know the 500cc engine coughs out 37bhp, rather than 118bhp.

Still, if confused branding is your thing, not only have Huaying gone to the non-effort of not changing the name, there’s an HRC sticker, a non-licensed MotoGP logo and - of course - a #46 on the nose to give off some Valentino Rossi vibes.

In short, this is the perfect motorcycle to confuse the DVLA, which might be actually worth something. 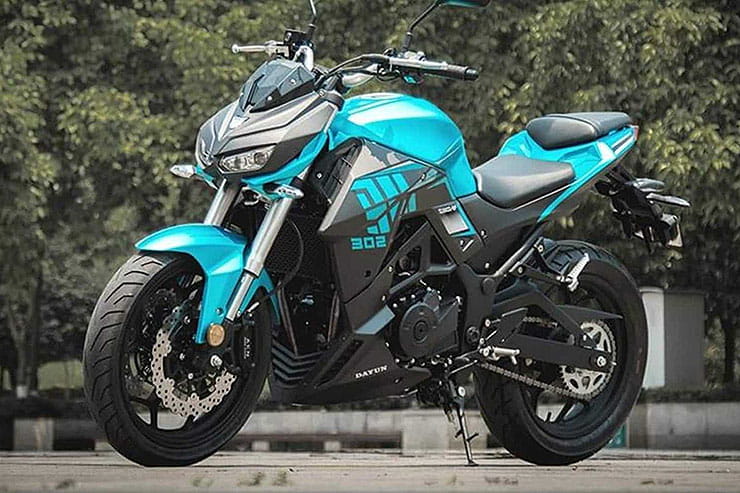 The 200-300cc bracket is a saturated motorcycle market in Asia so how is one to make your urban roadster stand out from the crowd… you shrink the design of the, err, sports tourer Kawasaki Z1000.

Indeed, without the benefit of scale, you might be thinking the Dayun Chi 302 is a bigger motorcycle, but in reality it’ll fit in your hold luggage.

In fairness, the Z1000 is not a bad choice to replicate being both unremarkable and understatedly handsome at the same time with Dayun doing a solid job of replicating the front-end especially before distracting you altogether with some funky day-glo paint jobs.

Just don’t get it in Kawasaki green though, have some class… 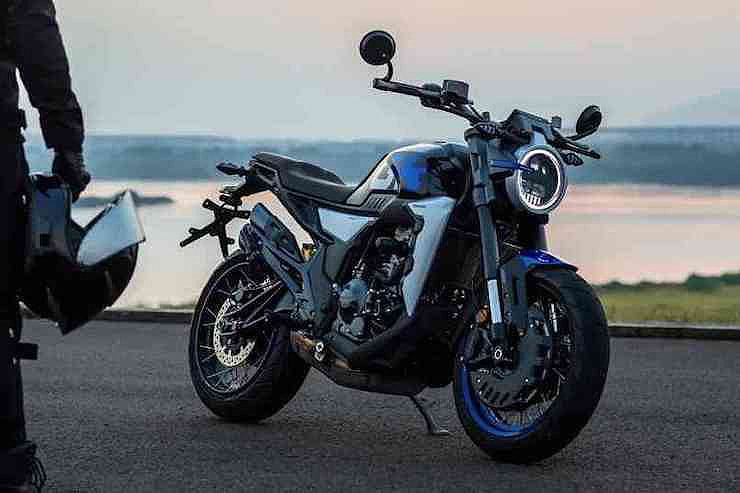 Honda pulled off quite a trick when it launched the ‘neo sports cafe’ look that has gone on to adorn the current generation CB1000R, CB650R and - recently launched in the UK - CB300R nakeds.

It’s a style that has become rather commonplace across the motorcycle market with its blend of retro-ideology revamped in a contemporary finish.

Others skirt a little closer to what is fair use and others just pop it in the photocopier. In the case of the Shengshi GK350, it’s even pointed directly at its hero in the marketplace, ‘stanning’ with its circular headlamp, multi-spoke rims and front-brake covers.

From the side we may detect a bit of Royal Enfield Himalayan, but fair play to Shengshi, if you’re going to imitate anything, go ‘Big Red’. 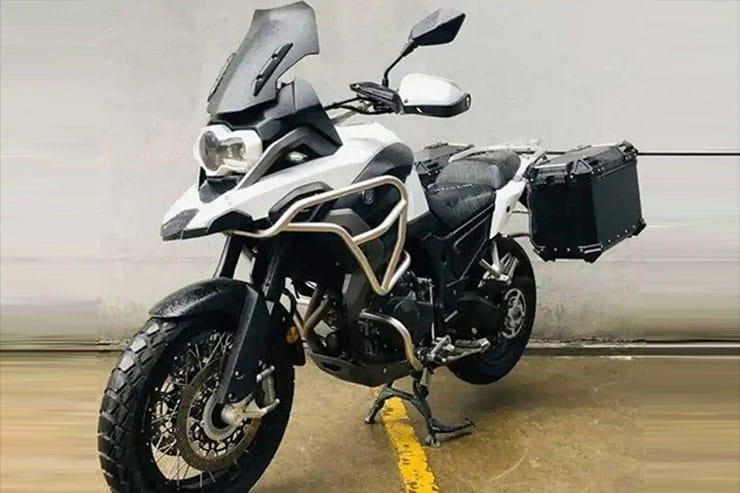 Well, here is a name we recognise (albeit still can’t pronounce).

Not content with creating some cringing scaled Ducati ‘fan art’, Moxaio has taken its penny and gone right in for the pound with its foray into the adventure motorcycle sector by lifting the design off the Daddy of them all, the BMW R 1250 GS Adventure.

Demonstrating a fair amount of ‘moxie’ - see what we did there - the hallmarks of Europe’s best-selling motorcycle are very much in evidence on the MX500-7D, from the winking headlight arrangement and the crash bars that ‘could’ be BMW if you squint… take a few steps (kilometres) back… and open your mind to a world imagination.

However, if your mind is closed and you don’t have time to travel, then there is no excusing the form over function approach to a motorcycle that looks about as capable of scaling rocky terrain as it does making common sense.

Also, is MX500-7D the name of a motorcycle or a COVID vaccine? 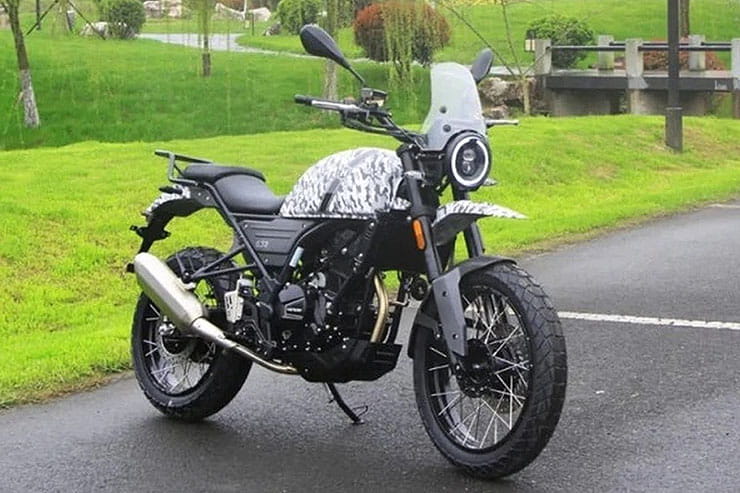 If the general consensus among Chinese imitators is to mirror an affluent model and sell it as cheap as dim sum, what happens if the motorcycle you happen to be reimagining is already pretty bargain bin already?

Well, in the case of the Hanway G30, a Chinese take on one of our favourite Indian takeaways - the Royal Enfield Himalayan - you, believe it or not, upgrade it.

As far as cases to answer for, the G30 is a particularly faithful (or is that faithless?) take on the pint-size off-roader, but instead of mimicking its basic sensibilities and honest mechanicals, it has gone ahead and added a TFT dashboard, ABS and an LED headlight.

It even matches the Himalayan’s otherwise modest power output with a 26hp from its compact 250cc engine.

Oh, and the best bit, it may have more kit than the Himalayan but converted like-for-like from Chinese Yuan to British pound, it’s £3000 cheaper than a motorcycle that is only £4,599 to start with. 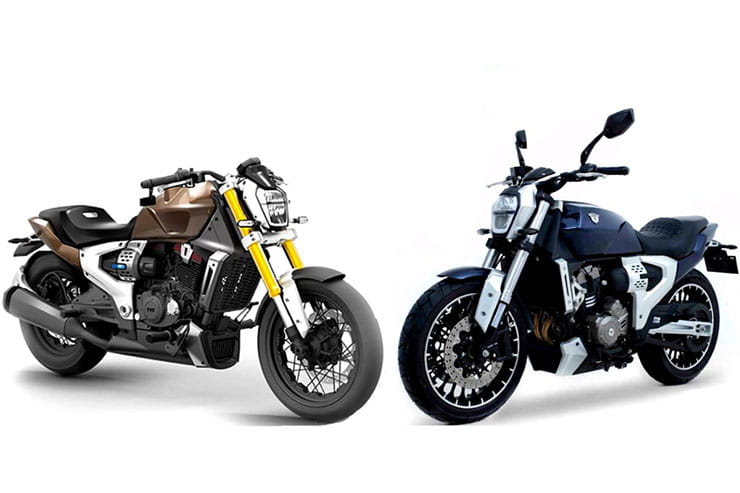 We have saved the best-worst until last… despite the fact you probably don’t recognise the motorcycle the Xianglong JSX500i is copying.

Indeed, lifting the design of an existing motorcycle is one thing, but it is entirely another to do so of a model that hasn’t even gone on sale yet!

Yes, this is the Xianglong JSX500i, the doppelganger of the TVS Zeppelin, a concept model first previewed in 2018 and slated to go on sale in summer 2022. 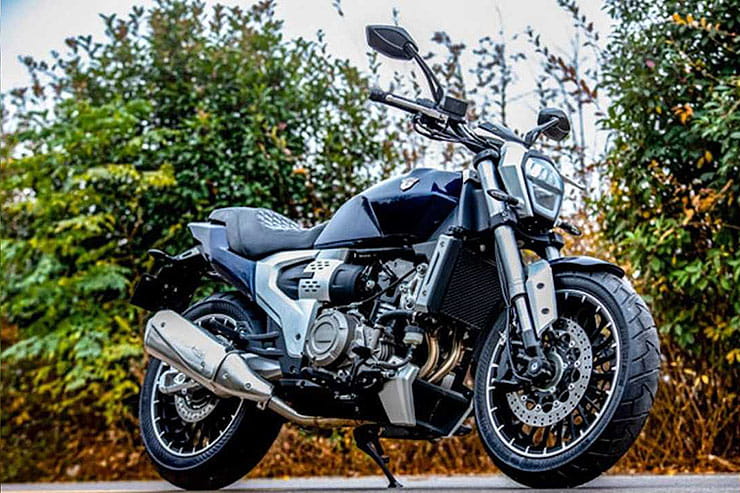 Turns out that was too long a wait for Xianglong, who simply went ahead and beat TVS to the market boasting an almost identical front-end, profile and even the distinctive side-panelling that reminds us of a gun from Moonraker… snooze you lose.

While most manufacturers seemingly no longer have the willpower to navigate their way through red tape to go after these cheeky impersonators, surely there is a sinister line being crossed when dumbed down intellectual property is getting out there before you’ve even turned your property into a product…