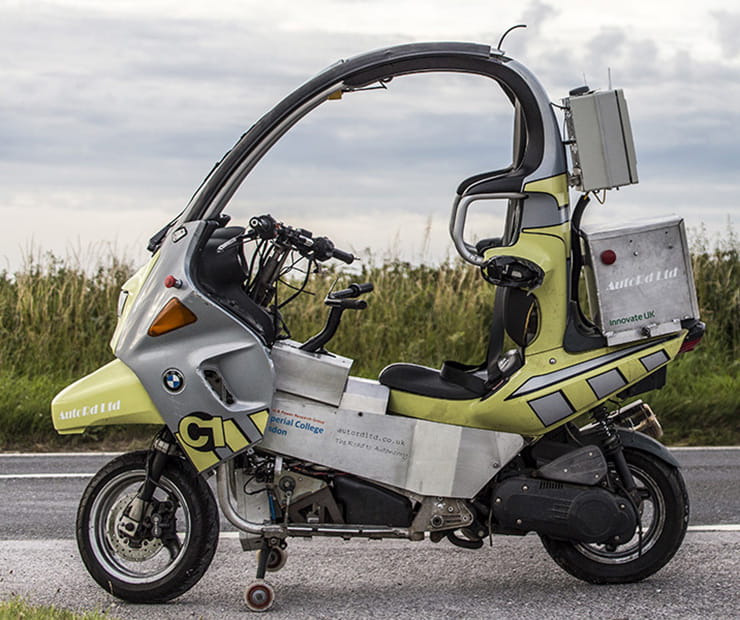 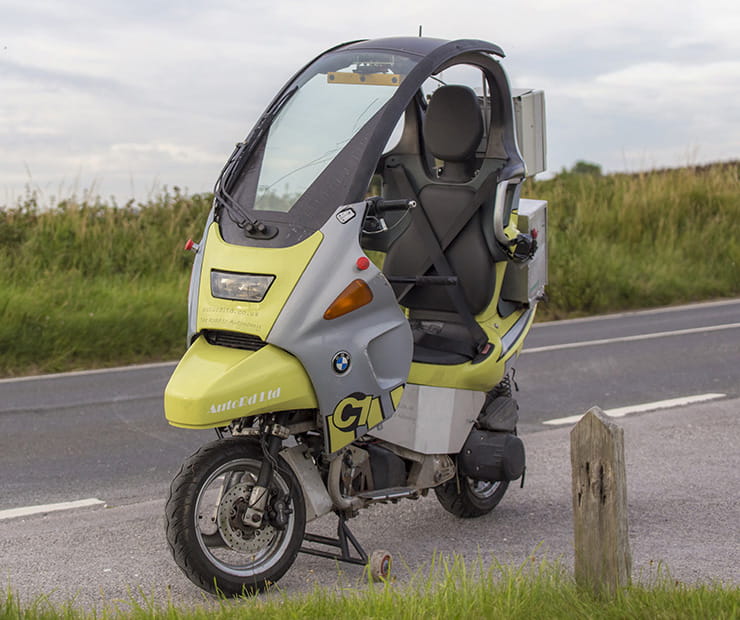 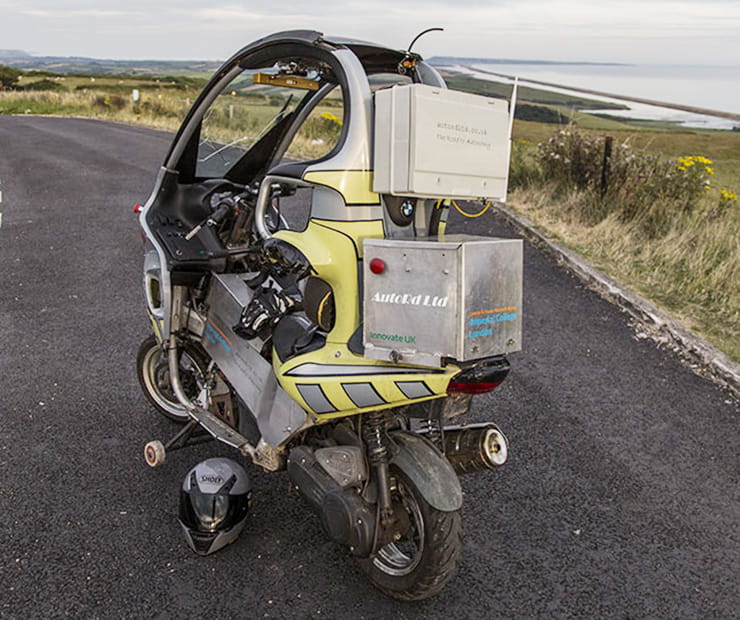 A Taunton-based company has released details of its autonomous motorcycle technology, in the shape of a self-riding BMW C1.

With plans to offer the world’s first motorcycle-based riderless taxi, AutoRD sees this idea as being extremely successful in bike-dominated cities like Ho Chi Minh.

The company was launched in April 2016 by Torquil Ross-Martin, who has over 17years of experience in autonomous vehicle development, and 25years in automotive systems, having worked for Ricardo Consultancy Engineering and Toyota Racing Development USA. He led the UK autonomous driving and advanced assistance development projects at Tata Motors – owners of Land Rover and Jaguar – and was the leader of the team behind the autonomous Heathrow Terminal 5 pods.

Besides the potential in a taxi system, AutoRD says its technology will allow ‘hand of God –like rider assistance to explore the full performance envelope without fear of crashing.’ It’s also claimed to allow for ‘radical new styling directions and even greater handling capabilities.’

We spoke exclusively to Torquil about the system… 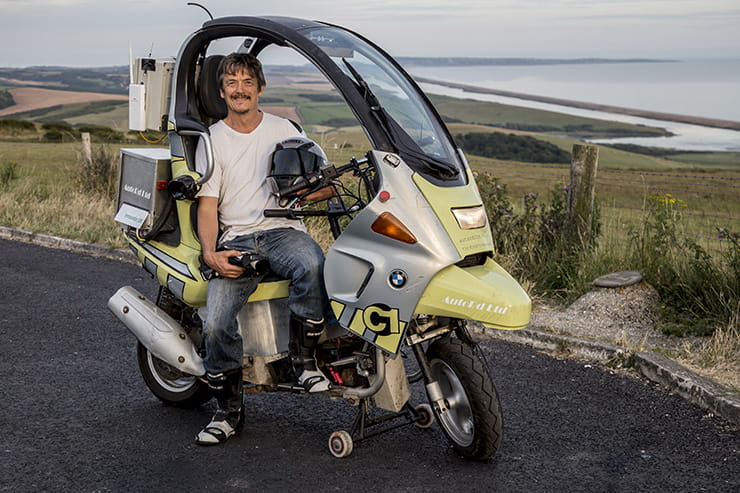 How did this project come to life?

I’m a lifelong motorcyclist and while working on autonomous cars I realised there was an exciting and important opportunity ahead.

What’s the advantage over autonomous cars?

The system will have the same advantages as any bike has over any car – it’s more efficient in energy and road space use, causes less congestion and is less likely to get stuck in traffic.

How does it work?

It just uses a large flux capacitor and some di-lithium crystals [laughs]. Okay, and a computer, some sensors and actuators. There are no flywheels and no gyroscopes.

Is it all about total autonomy, or will the technology you develop assist self-ridden motorcycles?

Both. There are a lot of limitations in conventional motorcycle design and performance that can be removed by applying this technology.
It’ll allow harder braking and cornering, but ultimately it will also do two other handy things: It’ll take away the fear that we all have when we pitch a bike into a turn – that we’ll overdo it and low-side. It’ll catch that.

And it will keep the motorcycle on the road when the rider either approaches a bend too fast (by knowing what is coming then shutting off and braking to slow in time) or if the rider bottles out of making the turn, because they THINK they can’t make it, when the bike CAN – in this situation it’ll take over steering control.

What are the current limitations and challenges?

So far we’ve focussed on demonstrating control – the ability to make the bike do what it’s told. The bigger challenge now is enabling it to decide what it should do. It’s not currently aware of its surroundings, but the company is working on that.

You’ve used a BMW C1 in the demonstration – what type of bikes do you see being capable of using this tech in the future?

It can go onto pretty much any motorcycle, though of course some modifications do need to be made to integrate it.

How far away from production is it?

We are quite close in relation to Advanced Rider Assistance (ARAS) functions – which include autonomous emergency braking and collision avoidance by steering –  but at least six years from full autonomy.

Bikers in the west are likely to think that it’s defeating the object of a motorcycle – the interaction the rider has and the emotion. What would you say to them?

It won’t take anything away – it just provides more options – and will ultimately involve many more people in motorcycling.

Of course, when such things are mentioned people tend to try to think up circumstances where it might be a bad thing – so it’s important to bear those in mind – but ultimately there will be a lot more lives saved by stopping single vehicle ‘run off the road’ accidents occurring than will ever be lost due to, say, not being able to complete an overtake (that would have left you going too fast to make the turn). And what’s more, the bikes will have the data to prove it.

We’ll be following the development of this project with interest, and hope to see it in action shortly…