Brains, beauty, blonde hair and a penchant for fuel mapping

A race mechanic’s job is at the heart of a rider’s success.

Whoever’s in the saddle - the ultimate test on track is down to the person with the spanner.

And not only does the job carry a huge amount of responsibility, it’s also glamorous: race mechanics are integral to any team. At a national level, they’re frequenting the likes of Brands Hatch, Silverstone and Donington, at top level the schedule takes in the likes of Mugello, Le Mans and Sepang.

Yet, in spite of the exciting lifestyle, fewer and fewer young people are applying for race mechanic apprenticeships.

At least that’s according to Honda Racing boss Neil Tuxworth. He said: “It’s harder and harder to recruit young mechanics. Many don’t want to work bank holidays and seem to prefer desk jobs to getting their hands dirty. And many to go straight to MotoGP level, boycotting the grass roots experience that older mechanics started with.”

“There just doesn’t seem to be the numbers applying who used to apply,” he said.

Tuxworth’s sentiment is echoed by SIC’s Moto3 GP technical director Mark Woodage, known to many in the industry as ‘Brains’. He said: “ Young apprentices are hard to come by. I’ve had a few apprentices come and work for me and it’s hard work. There are so many people who just want come and wear a shirt and drink beer.”

Woodage, on the other hand, started the hard way.

“I was an apprentice with Frank Wrathall with one day a week to attend my engineering course at college.”

Woodage is one of racing’s best known race engineers. He's worked in BSB, MotoGP and World Supersport and recently started his own business, MJW Specialists, building engines for the likes of sidecar racer Tim Reeves, as well as setting up machines for Michael Dunlop.

“There are also a lot of people willing to help out for free and then end up landing work as mechanics in teams but they don’t have the solid foundation that trained mechanics and engineers have,” he said. “It makes it harder for those of us who did the proper training.”

But there is someone bucking the trend. And at 5’3 feet tall, a size six figure and long blonde hair, Amy Cosford, it could be argued, cuts a surprising figure for a budding race mechanic. 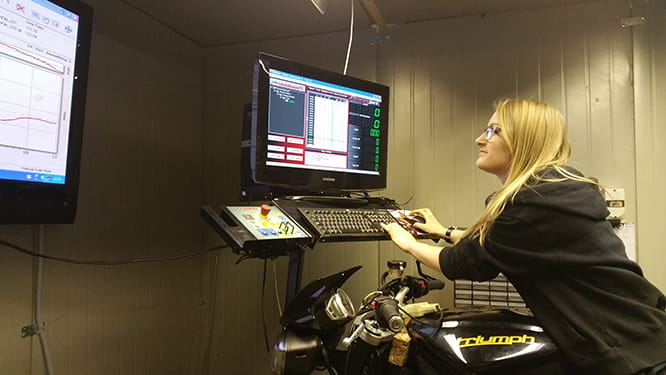 “I love telling people what I’m training to do,” she says. “They always look really shocked but I genuinely love being involved with bikes.”

Cosford is about to embark on a BEng in Motorcycle Engineering at the University of Wales Trinity Saint David in Swansea, an establishment renowned for its engineering prowess. Amy will be the only girl on the course.

“I’m so excited about starting. Ive already worked on a few projects and am really interested in maths so my favourite area at the moment is telemetry and fuel mapping.”

Amy was all set to pursue a career in psychology after completing her A’ Levels but a pillion ride on her step father’s R1 changed all that.

“I was on the back of the bike and thought ‘this is what I want to do - how wonderful if I could be around bikes all the time?” she said. “I’ve always followed MotoGP and World Superbikes and watch what the teams’ mechanics are doing really closely,” she said. 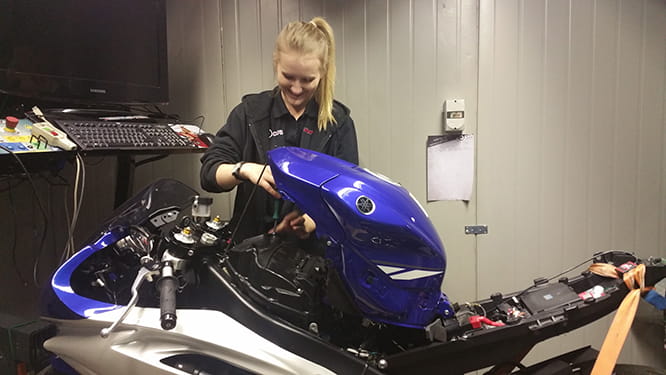 Her keenness for the subject is such that she’s won the overall student in the Motorsport class of her college course, a BTEC Extended Diploma in Vehicle Maintenance and Repair (Motorsports). “That reassured me that I’m doing something right. But I know I have a lot to learn and will be seeking lots of experience at grass roots level this year onwards but my aspirations are set on MotoGP, that’s the goal.”

Indeed she is: on hearing of Tuxworth’s reports about the dearth of aspiring race mechanics she said: “Give him my number!” 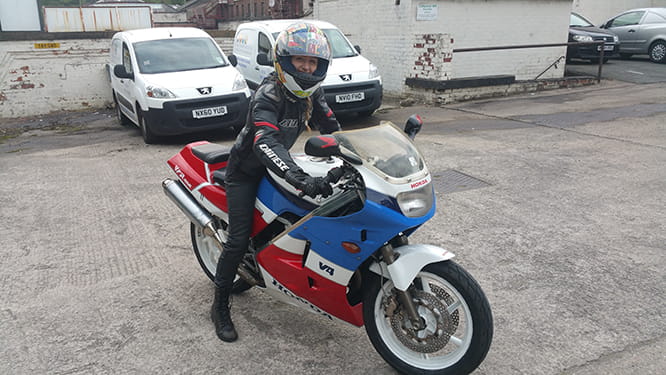