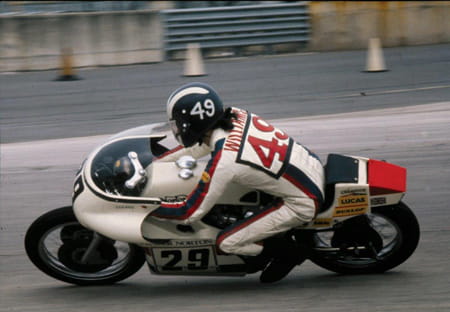 British bike fans will no doubt be celebrating the fact that Ian Mackman and Daniel Hegarty brought the two new Norton motorcycles home to finish in the prestigious Senior TT last week with Mackman netting a bronze replica for his 24th place.

But 40 years ago a certain Norton works rider by the name of Peter Williams, who was also their motorcycle development engineer, won the F750 TT on a motorcycle of his own design. Riding in the John Player colours who were the teams main sponsor, Peter lapped at 107.27 mph which was just under the outright lap set by another TT legend Mike Hailwood in 1967 as he took the win.

Impressive to say the least when you consider Hailwood was on a multi-cylinder machine and Williams was on a bike powered by an air-cooled push-rod Commando engine mounted in the now famous monocoque-frame that he designed. 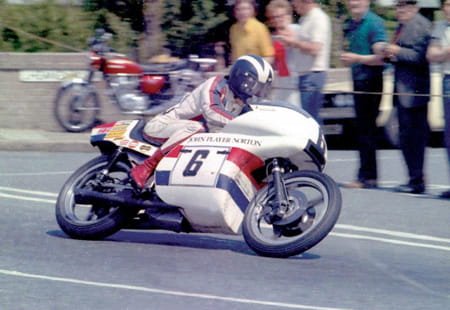 Made in stainless steel, the chassis also formed the fuel tank and took 12 men weeks to construct. Not surprisingly, only four were built and these are conservatively valued in excess of a quarter of a million pounds.

The good news for those who lust after such a machine is that the man himself is now set to make 25 faithful replicas of his original machine as part of the Peter Williams Motorcycle Ltd. company he has set-up.

CAD design and CNC laser cutters will ensure the frames are built in a much shorter time and improve the accuracy of the process.  Renowned Norton specialist Mick Hemmings will build the engines using all new parts, including a new cam design from Peter.

The new bikes will be as accurate as possible using bespoke parts such as cast magnesium wheels and forks, created from the original ‘70s drawings and where these have been lost, an original bike was used as a reference point for the rest of the components.

The new company hope to deliver the bikes to customers this year as a fitting tribute to the original machines as everything is ready for production. While the £65,000 (+ VAT) price tag may seem steep, these new bikes will able to be used in anger unlike the originals allowing owners to understand how advanced they were at the time!