Bikers: Our own worst enemies 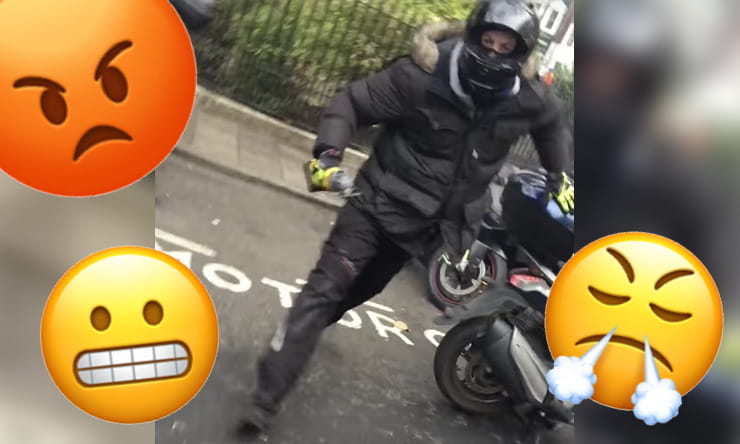 Correct me if I’m wrong, but isn’t biking meant to be something we all love? Shouldn’t we share our passion for everything to do with motorcycling? Isn’t it our duty to keep spreading the good word to anyone who’ll listen?

The ‘brotherhood’ of bikers has rarely seemed more exclusive, and the passion that’s being put into negativity around motorcycling is, frankly, ruining it for everyone.

Everybody (except me apparently), loves a shaky video of a gang of scumbags threatening bystanders while they brazenly angle-grind through some poor sod’s chain to get to their Panigale. They’ll share it far and wide, because sparks and fights are exciting.

You’ve seen the video shot in Soho. It happened in December 2016. It’s still getting shared, because it gives people a chance to show how awful owning a bike is these days.

Apparently, the fact that those criminals got 12 years in prison isn’t anything like as exciting or worth sharing though.

I met the officers behind those arrests and saw the work they do every single day. I took a videographer with me; you can watch the short movie here. You might even want to share it, but it probably won’t go far. Good news doesn’t sell.

Because of the huge effort put in by officers around the country, bike theft is down. The latest figures show that it’s dropped by more than 20% since 2017, and it’s continuing to do so. But you wouldn’t know it to look at social media, or even much of the mainstream press.

I’m not naïve – bike crime IS a problem, and everyone needs to be aware of it. But if as much effort was put into locking our bikes up as it is to indignantly sharing a post of somebody getting mugged, the theft rates would drop even more quickly. And fewer people would be put off riding by the negativity that surrounds it.

Consider for a moment whether it would be better for social media biking groups that are campaigning for riders’ rights – particularly in London – to share a post of a violent robbery (something that accounts for a very small proportion of thefts, but nobody films the scooters stolen because they’d only used the steering lock), or a considered piece of advice about how to keep a bike secure. They know which will get shared more, and more shares is always good, right? I’d argue not when it’s feeding the fear of crime that’s putting potential new riders off.

Of course, it’s not our fault as bikers; “it’s the police for not caring” (see above, or watch our recent interview with the Merseyside officers who slashed bike crime here). Or it’s because the police are “too busy looking for speeders” (really? I can’t remember when I last saw a copper speed trapping – they simply don’t have the resource anymore). Maybe it’s the courts for giving out “too lenient sentences” (to be fair, I don’t have much of a counter to that), or the councils for “not giving us secure parking”. Oh, hang on, they do. We just can’t be bothered to use it. Swanky ground anchors were fitted in some London boroughs as a trial, but when one of the theft investigators from Datatag was in the city recently, he noticed that a good few machines did have chains on them (great), but hardly any bothered to use the ground anchors (why?). 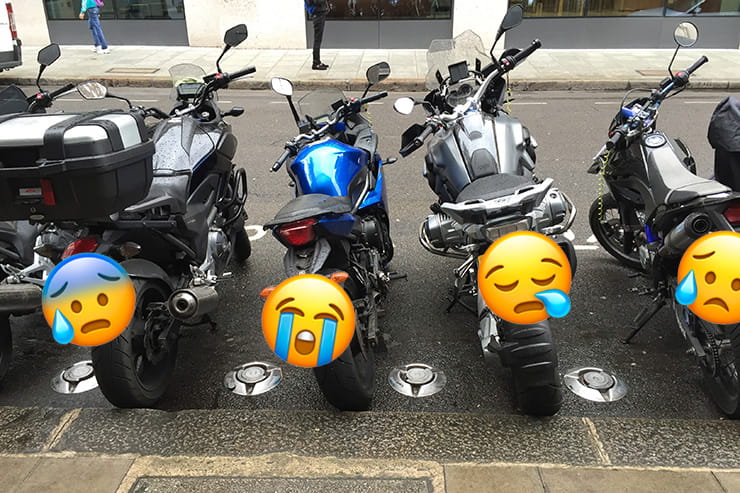 If we don’t use the security kit that councils provide in trial runs, why would they invest in more?

MAG (Motorcycle Action Group) has worked hard to convince Birmingham council to develop a dedicated motorcycle parking area, complete with security. Their biggest challenge though, is to convince riders to use it.

Maybe reinforcing the fear of theft shows everyone how tough we are as ‘proper bikers’ in the same way that it’s important to remind people how crap car drivers are, and how dangerous the roads are. “Don’t start riding a bike – if you keep it long enough without having it pinched, you’ll only end up getting knocked off it.”

Again, I’m well aware that riding a motorcycle is a relatively hazardous thing to do. But so are many other things. And you really can ride defensively without having any less fun in the process’ you’ll enjoy it more too because you feel more in control of the ride.

If you find yourself getting increasingly angry at the ineptitude of drivers on the roads today (and I’ll grant you, there are some terrible motorists), I’d really urge you to book yourself onto one of the brilliant (and cheap) BikeSafe courses – they are NOT a bunch of coppers trying to make you ride slowly; I’m not allowed to say how fast I went on my course, but suffice to say there was something truly memorable about making serious progress on back roads with a fully marked police rider right behind me. And I’ll always remember getting off in a layby, thinking ‘uh oh, maybe I pushed it a bit too much’, only to have him trot over and say; “That was great fun. Ready to go again?”

Taking a BikeSafe course will also make you think ‘what if,’ and that’s all defensive riding is about – thinking for the drivers who don’t seem to be able to think for themselves, so you don’t find yourself in a position that’ll get you furious. Or worse.

If you’ve read this far, maybe you agree. Maybe you love biking as much as I do, and you understand that if there were more bikes on the road, we’d all be safer (a study in Brussels proved it.)

But there won’t be more bikes if we keep telling everyone how rubbish riding is, so as you’re here, at the end of my rant, why not pick one of the good-news stories below to share? Together we can counter the tales of misery that the others seem to relish…