Although you can get on the road legally for the first time at the age of 16, being restricted to AM category machines, ie sub 50cc mopeds that have a maximum speed of 30mph, isn’t everyone’s cup of tea. But at 17 you’re eligible for A1 category machines which opens up a whole new world of possibilities.

The strict definition of A1 category machines is of motorcycles or scooters up to 125cc and with a maximum power of 11 KW or 15bhp. Once you’ve got your provisional licence you must complete CBT (Compulsory Basic Training) before heading out on the road with L-plates. But with such a huge range of eligible machinery available, which should you go for? Here’s our pick of the best in price order beginning with least expensive: 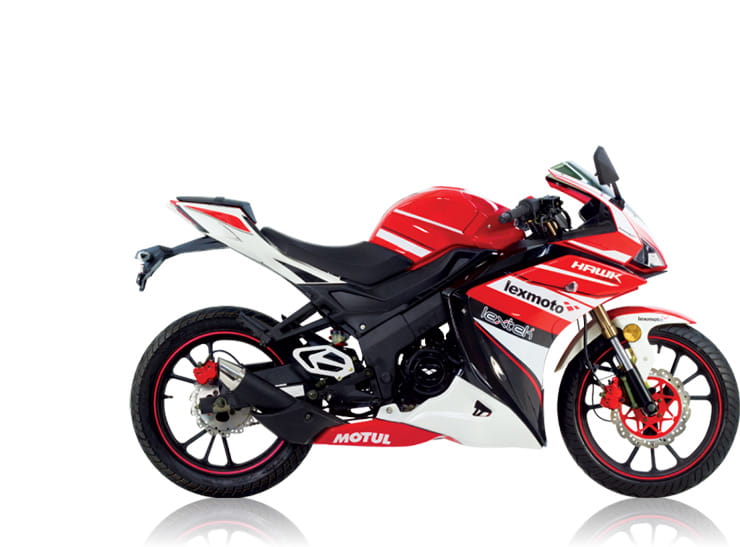 Lexmoto are the most successful and popular of the sometimes-derided Chinese-built budget learner bikes and with an ever-growing range of 50s and 125s at bargain prices plus continually improving spec and style, it’s easy to see why. Its latest sports offering is this Hawk which is powered by a fuel-injected four-stroke, single-cylinder motor held in a twin spar frame and equipped with inverted forks and wavy disc brakes it’s wanting for little. And, with styling clearly inspired by the latest Ducatis yet a price tag under £2000 – or less than half that of rivals from Yamaha and Aprilia – their popularity is understandable. Just be aware that quality, durability and residuals are yet to match their more expensive rivals. 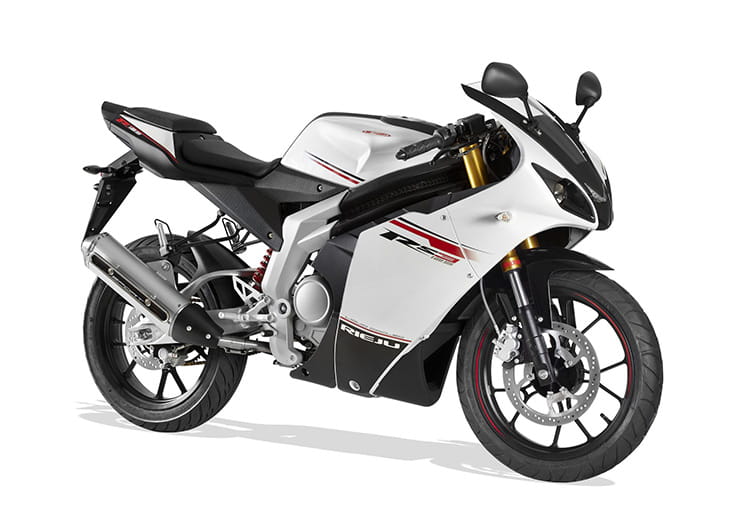 Spanish manufacturer Rieju have built up a credible reputation for stylish, sporting lightweights but has the tempting advantage of pricing its machines midway between the premium Japanese and Italian offerings and the budget Chinese bikes. The RS3 comes in both 50 and 125cc forms and as the latter uses the Minerelli-Yamaha four-stroke unit along with a six-speed gearbox, USD forks and dual projector headlights all wrapped up in racy styling that’s a match for anything. Overall? Not quite as durable or with as solid used values as a YZF-R125 or RS but for many the best of both worlds… 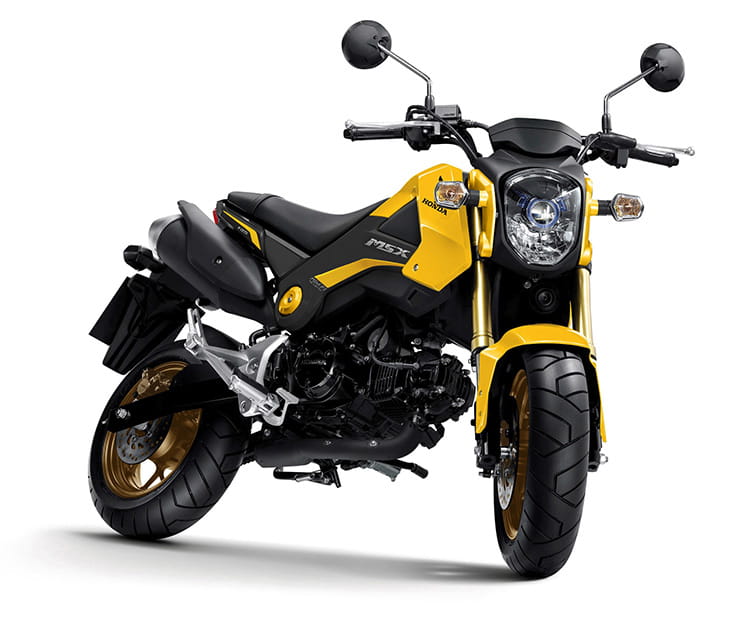 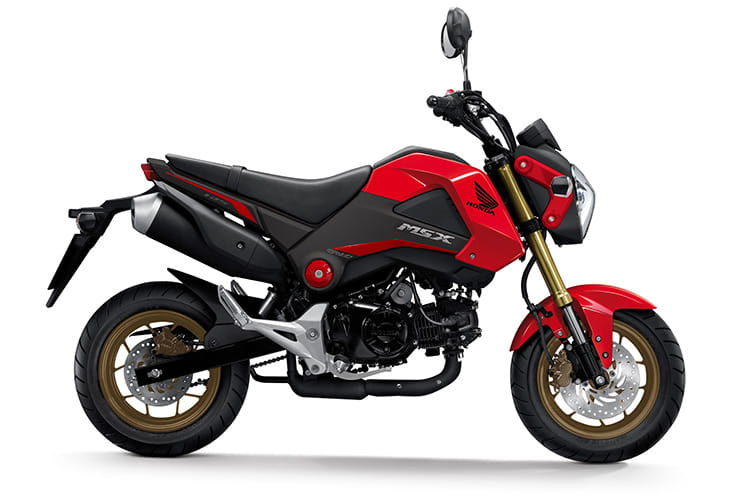 The MSX – or ‘Grom’, as it’s called Stateside – has proved one of motorcycling’s sensations since its introduction in 2013. This ¾-sized, 125cc mini bike has become a cult machine in much the same way as its inspiration, Honda’s original DAX monkey bike, did in the ‘70s. With its emphasis on fun, dinky, 12-inch wheels and cute styling, the MSX isn’t really intended to be serious transport and, indeed, could be terrifying over any sort of distance, but as a town or toy bike it’s great fun. What’s more, being a Honda, it’s both well made, a doddle to ride and has developed a huge following with customized versions a big hit. 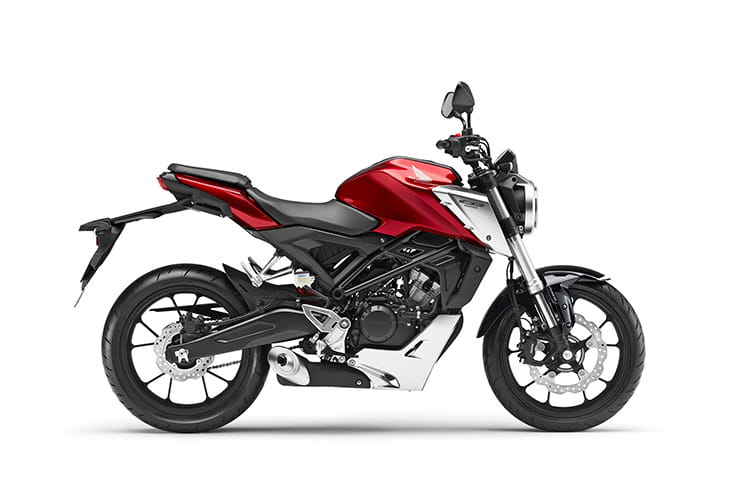 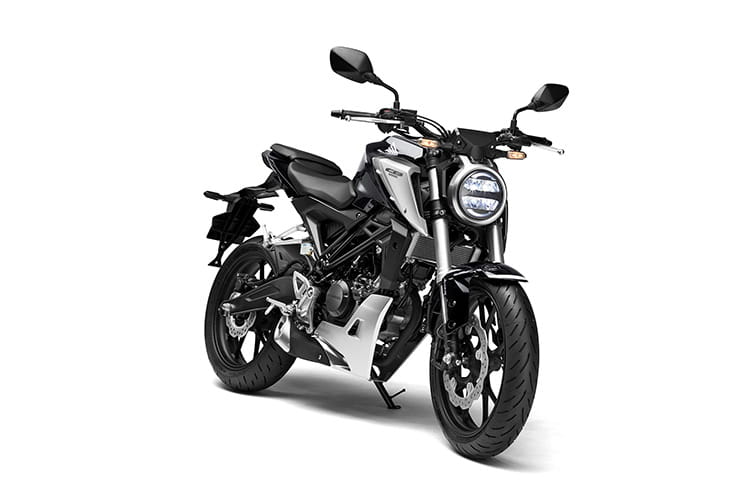 New-for-2018, the CB125R is the junior member of Honda’s new ‘Neo Sports’ roadster family (the others being the CB300R and CB1000R) and with features such as LED lights, colour TFT screen, fat inverted forks and wavy disc brakes on top of a decent liquid-cooled, DOHC single-cylinder engine and sporty chassis it has a lot going for it. Great ergonomics and typical, easy Honda ‘usability’ combine with funky looks and a decent price to give the Duke and MT125 a real run for their money. 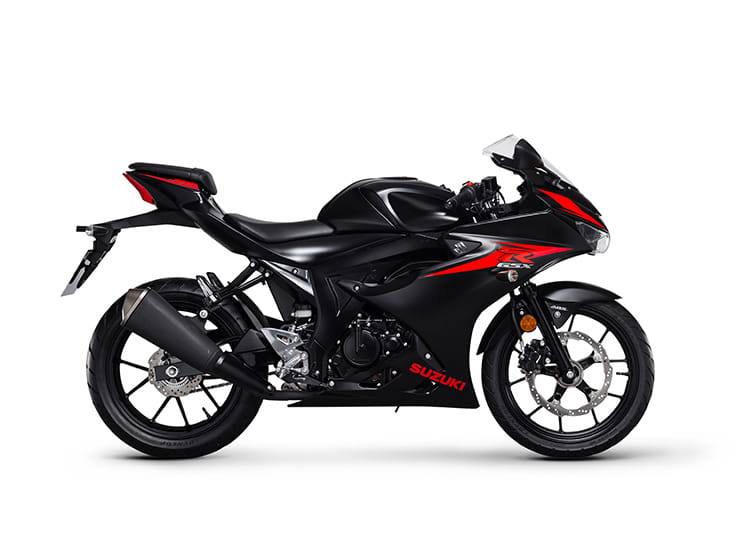 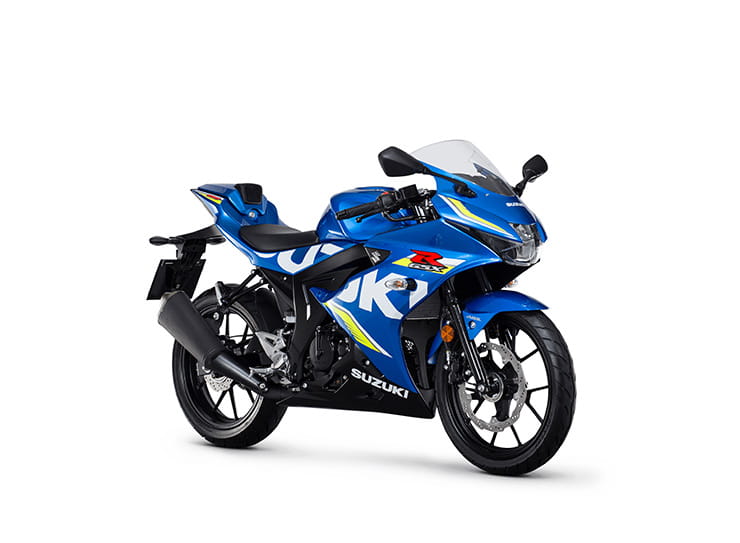 It’s been a long wait for Suzuki’s first four-stroke, 125cc learner sportster but the GSX-R125, introduced last year, has been worth it. With an all-new, liquid-cooled, DOHC single-cylinder engine, box-section frame and MotoGP inspired styling (if you want the replica blue livery it’s £100 more), it certainly looks the part. Being light and perky, it’s among the briskest offerings in the class (although there’s not much between them) and it’s well priced, too. In fact, the only real criticism is its slightly basic spec compared to the likes of the Aprilia and Yamaha, with spindly, conventional forks and the like. But, at this price, what do you expect? 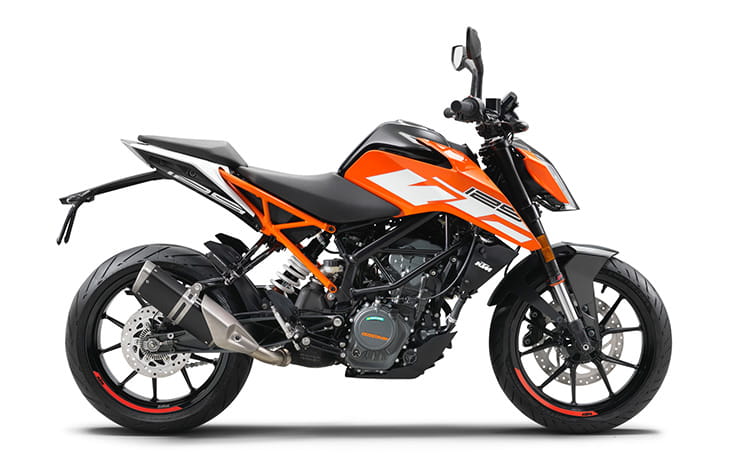 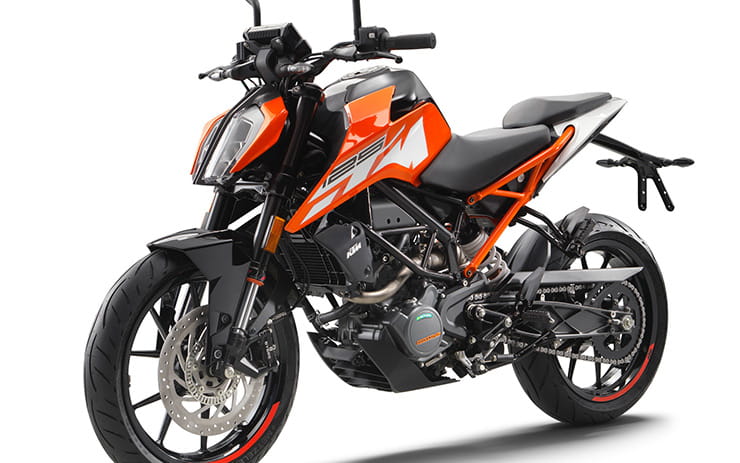 ‘Naked’, upright, roadster versions of sports 125s have a lot of appeal as a learner bike as they have virtually all of the style and pizazz of their sports siblings but in a more manageable, novice-friendly, upright package and, shorn of their fairings, usually at a more affordable price – and the 125 Duke remains the definitive example of the breed. First launched in 2013, it’s nimble, punchy, stylish and great fun to ride while it’s 2017 updates, including FTF display, LED headlight and more keep it bang up to date. Not the cheapest, but if you want your street 125 to have bags of street cred, it’s certainly among the best. 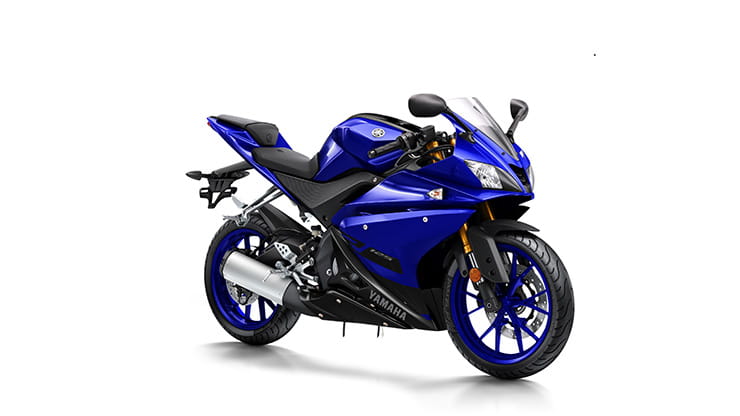 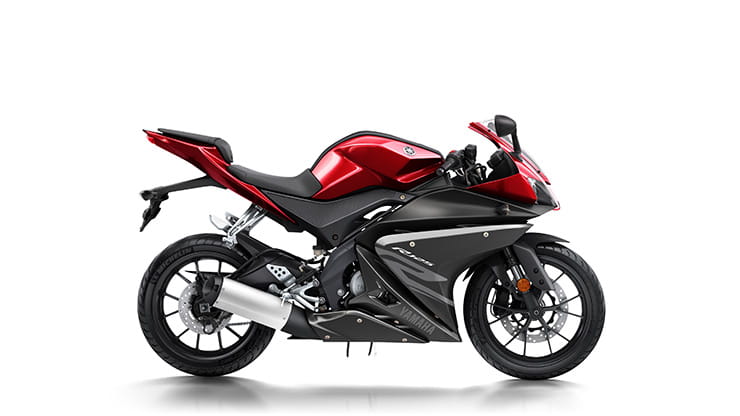 Yamaha’s take on the supersports 125 may date all the way back to 2008 (it was updated in 2014) but with great Rossi-alike looks, good proportions, spec and build quality and sweet details such as a multi-function LCD display it still pretty much has it all and it’s not hard to see why it’s been one of the most popular learner bikes of all time, with almost 50,000 sold in the UK. Both unintimidating and rewarding to ride it’s just as popular today, new and used, although with new prices now approaching £4700 it’s now one of the priciest options out there. 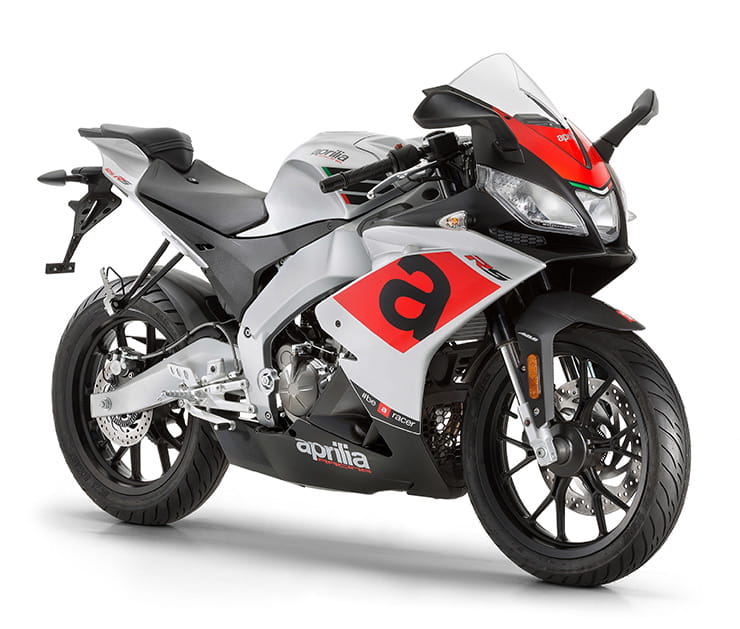 Historically the most desirable of all 125 sportsters and the closest the category gets to true Italian exotica. And although the days of the RS being a GP-style screaming two-stroke are long gone, the latest four-stroke incarnation remains the most-lusted after and sportiest of all learner category machines. Styling-wise it’s a mini-RSV4 superbike while in terms of specification the little Aprilia has the best of everything (especially in £100 pricier ‘Replica’ trim which even has racer livery), from its USD forks to aluminium beam frame. Though learner legal and still easy to ride, RS is about as thrilling as a machine of this size can be – with the price to match