The Single Life: 6 of the best thumpers

Since the Honda CB750 hit the streets in the late sixties, we've all been a bit preoccupied by multi-cylinder, mega-horsepower machines.

Don't get me wrong, there's a lot to be said for a K1600GT when you're crossing continents two-up with luggage, but I can't help thinking that the motorcycling experience has been diluted a bit by the fly-by-wire, traction-controlled, switchable-riding-mode, two-wheel tech fests. If you're craving something more visceral, raw and back-to-basics from your riding, then a single is what you need.

What they lack in out and out performance, singles more than make up for with sheer ride-ability: lightweight, nimble, torquey and bursting with character, there's few better bikes on which to blast down a twisty B-road or carve up commuter traffic than a big single.

Those thrills usually come cheap with a thumper too: you'll be laughing at your multi-cylinder mates' fuel consumption, and with just one of everything to change, their servicing bills too.

Convinced? Here's six of the best: 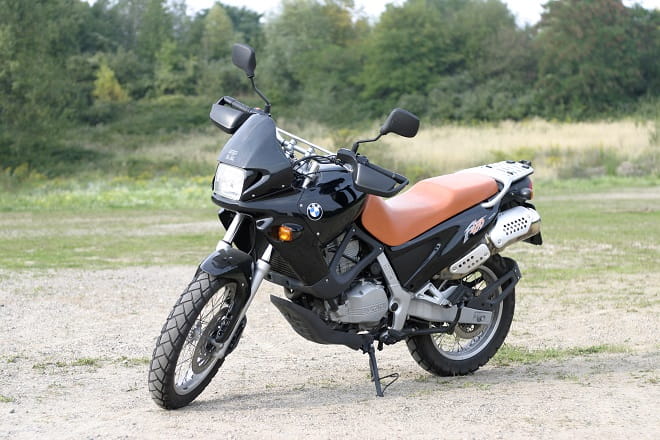 The F was a massive departure - and gamble - for BMW, but it's certainly paid off. It first appeared in the BMW range 1993 and is pretty much still there: the G650 is essentially just an updated version.

Not the most refined engine in the world – it's Rotax, not Bavarian built – but it's punchy, pretty bulletproof and easy to get along with. There's a myriad of versions to choose from the older street-focussed Strada and Funduro, through the weird and wacky CS/Scarver, to the mini adventure bike GS and Dakar.

Not the most exciting single out there, but they are plentiful, cheap and dependable. 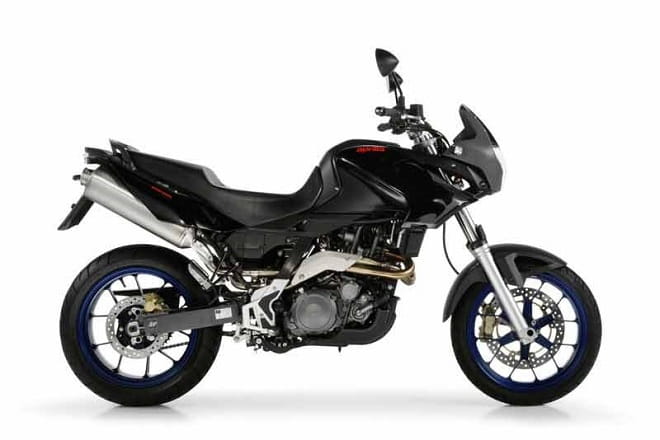 Remember these? Essentially a 'street' version of Aprilia's venerable Pegaso, it was for many the better bike.

That's not to say it's just a weekend toy though; a good spec, comfy seat – low too, at just 780mm – civilised in town and more than capable of motorway miles, it's a viable choice for every day use too. 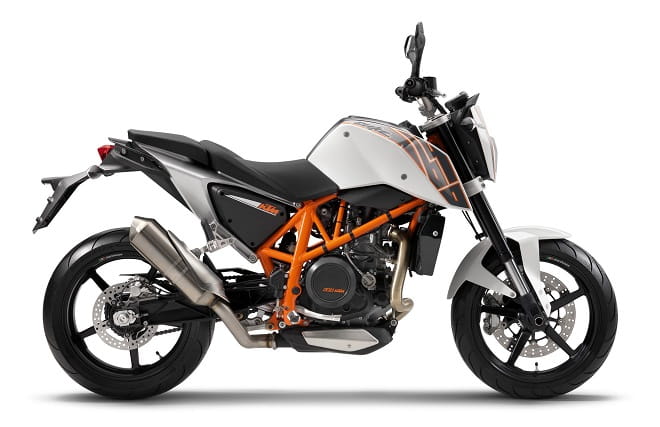 Once the proper hooligan's choice, the Duke has matured into a very well-rounded package. That's not to say it's gone all podgy and unfit: 67bhp, 150kg, and dripping with WP suspension, Brembo brakes etc. etc. means with the right rider on the right road, the Duke is hard to beat. And, now it's grown up a bit, less experienced pilots won't get their hands bitten off by it either.

A tad expensive and not quite as well finished as the Japanese competition, but a real lesson in single cylinder science. 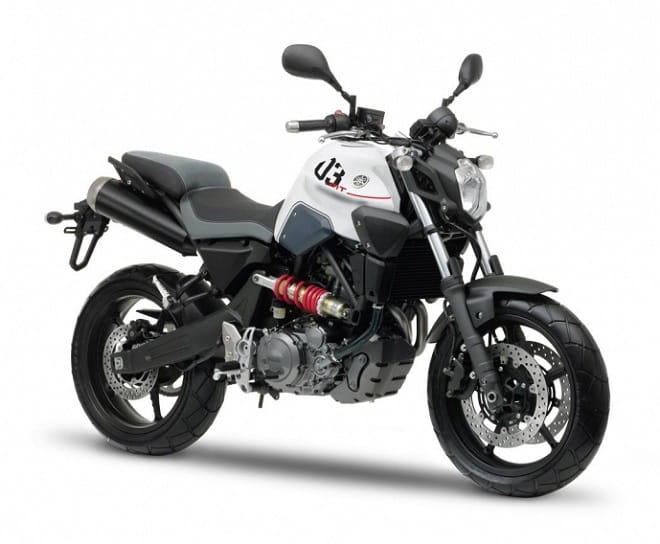 No one quite knew what to make of the MT-03 when it was launched, so it was largely overlooked. Those who did missed out, Yamaha's “roadster motard” is a great urban/commuter tool and lots of fun in the twisties too.

Basically it's that trusty old XT660 motor – fuel injected this time– wrapped it in a compact, lightweight chassis, with a flashy lateral suspension system and roaster/supermoto styling that still looks fresh today.

Super smooth – for a single – comfy, bags of low down and midrange torque and nice and manoeuvrable with those wide handlebars. Seem to hold their value well too. 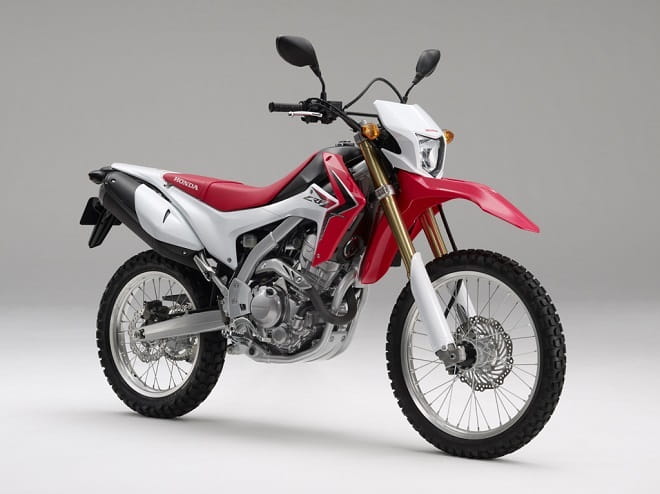 The CRF proves that you don't need big cubes to have big fun. The CRF uses a CBR250R motor, tuned for more low and mid-range power. Soft, user friendly, quiet and putting out a fairly respectable 23bhp, it'll get you to work and back in the week, and handle green lanes – or potholed tarmac ones – much better than many larger off-roaders.

Cheap to buy, run, insure and maintain, and with that typical Honda build quality, you could do a lot worse than the CRF.

Don't fancy getting muddy at the weekends? There's a supermoto version too. 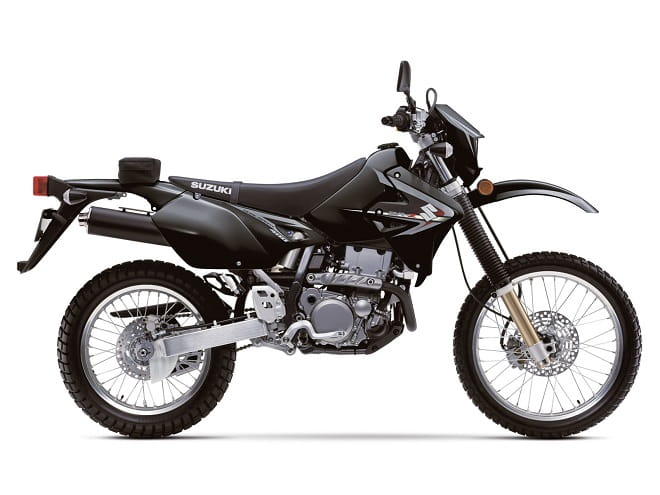 As happy bimbling around town as it is tearing up green lanes, ther DRZ is a real two-for-one bike. Stick on some knobblies and you can fling it around on the green lanes, that soft suspension and easy going SOHC motor forgiving even the most ham-fisted pilot.

When you get tired of that, pop on some road rims and rubber, and you can pootle around the back lanes or carve your way through the morning commute.

There's loads of them around, so can pretty much choose what you want to pay. And their tough, durable and simple enough to service yourself.  A seriously cost-effective second (and third) bike.

Also worth a look:

Decent performance for a 125cc, razor sharp handling and serious dollops of style. If you're new to riding, down-sizing from a bigger bike or just want something nicer than your average to commute on, the MT-03 is about as good as they get.

A little taste of how things used to be. The Enfield's lazy long stroke motor won't set your world on fire, but the Harris chassis and decent suspension and brakes, mean it's not all about nostalgia. Looks good too.

Another taste of days gone by; Yamaha's 'new' SR400 is pretty much the same as the old one was – aside from the fuel injection. Small, underpowered (it only puts out 23bhp) and with kick-start only, it's not for everyone/every journey, but it is ripe for tuning and customising.

Fancy something different? If you can find one, Derbi's weird flat-tracker-cum-supermoto will certainly turn heads. Small, light, nimble and with that Yamaha 660 motor again, it's decent fun. Just don't try and go too far on it...

With a respectable 44bhp and 139kg kerb weight, the middle Duke (it's sandwiched between the 125 and 690) is a bit of a pocket rocket. Looks good, goes well and with the usual KTM chassis and brakes, handles well too. It's also A2 licence compliant.

Have we missed any? What single would you argue the case for?