How to stop your motorcycle from being stolen 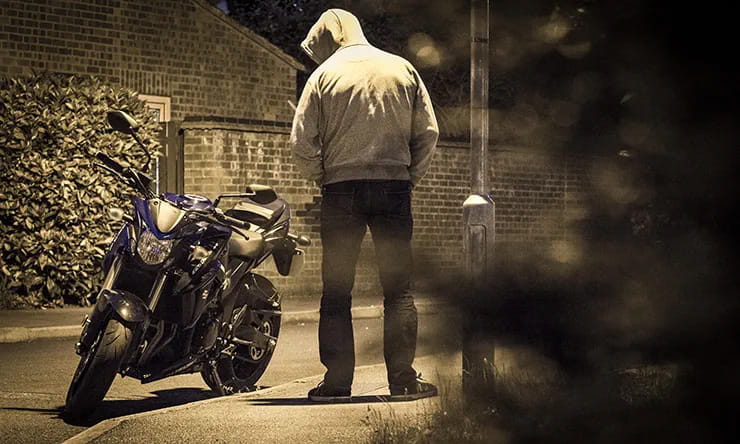 Criminals are showing signs of ‘making up for lost time’ as the country escapes the grip of lockdown, with motorcycle thefts on the increase.

That’s the message from the Motorcycle Crime Reduction Group (MCRG) – a collaboration of police forces, security manufacturers, motorcycle brands, consumer groups and a handful of insurers, including Bennetts – but there are encouraging signs for UK motorcyclists. Well, most of them anyway…

A multi-layered approach to security does work

One recent success to come from the group is MCIA Secured, the Motorcycle Industry Association’s five-star rating system that helps buyers understand how secure their bike is, and encourages manufacturers to include all five elements that go towards a top rating:

The vehicle marking system is an interesting one as while it doesn’t provide any obvious physical advantage, data shows that it’s a significant deterrent to thieves; Since 2013, 336,694 motorcycles have been registered with Datatag – which sees visible as well as hidden markings on the bike and key areas – yet only 0.28% of them have been stolen. That’s one in every 357. Compare that to the national average revealed by MAG back in 2019 of 1 in 46 (that was a particularly bad year).

Anecdotally, police officers and tracking companies were clear in the latest MCRG meeting that motorcycle theft is on the rise; as we come out of lockdown, the opportunities for thieves become more common.

And then there’s the fact that, while the signs are that crime’s on an upward trend, it seems extremely unlikely that this year will see anything like the terrible figures of 2019, when 27,000 powered two-wheelers were pinched. In the first eight months of 2021 there have been 10,549 taken.
For a few more figures, 36% of 2021’s stolen motorcycles were recovered, and 52% of the stolen scooters (which tend to be dumped then stumbled upon). These numbers are down on 2019, when 43% of motorcycles and 63% of scooters were got back, which likely points to the fact that a large proportion of motorcycles are stolen to strip down in order to feed the demand for cheap second-hand parts. 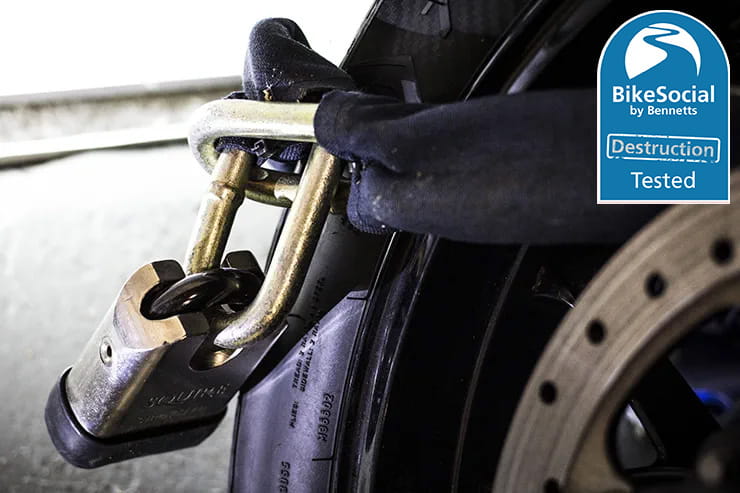 Why aren’t trackers improving the figures?

With motorcycle trackers fitted to many new bikes at the point of sale, and many self-fit options becoming available, you’d perhaps expect more bikes to be recovered, not fewer.

There are a few issues with this though, the first being that only a relatively small proportion of stolen machines will have a tracker and they won’t necessarily be whatever is the thieve’s favourite of the moment.

But it is very important to know that a tracker can’t just be stuck under a seat – police forces are finding more and more bikes with the seats or tail units ripped off after they’re taken, and it’s something we saw ourselves when we went out with Stolen Motorcycle Recovery London; while GPS jammers are a real possibility, they’re far less likely to be used than a bike be pushed away and hidden for a while to see if it has a tracker. As a matter of course they’ll often pull the seat off for a look, so whether you’re fitting your own tracker, or having a monitored device with a subscription professionally installed, make sure the time is spent getting it properly hidden. If you’re not happy with a dealer instal, do complain.

Trackers DO work, and the police WILL respond – as much as possible – to a live tracking event, though there is no denying that using a company that provides 24/7 monitoring will see forces far more likely to get involved, and some tracker companies now even work with private security providers to ensure someone gets to the location of your bike as quickly as possible.

What YOU can do to prevent motorcycle theft

Layer your security. Ensure your bike has a marking system like Datatag on it (BikeSocial members can save 30% on it) and use a lock. As to which one, our handy guide rates the best to suit YOUR needs, as the best lock is the one you use; check it out here.

That should be your minimum, but from there, using a cover is a big help, and a tracker can really improve the chances of getting your bike back, with the leaders in motorcycles – BikeTrac and Datatool – quoting typical recovery figures of less than a few hours, right down to just a few minutes!

London is, by far, the motorcycle and scooter theft hotspot of the UK, but wherever you live or wherever you’re travelling to, invest in a decent lock, use it, then stop worrying and get on with enjoying motorcycles.