Road rage: What should you do if someone pulls out on you? 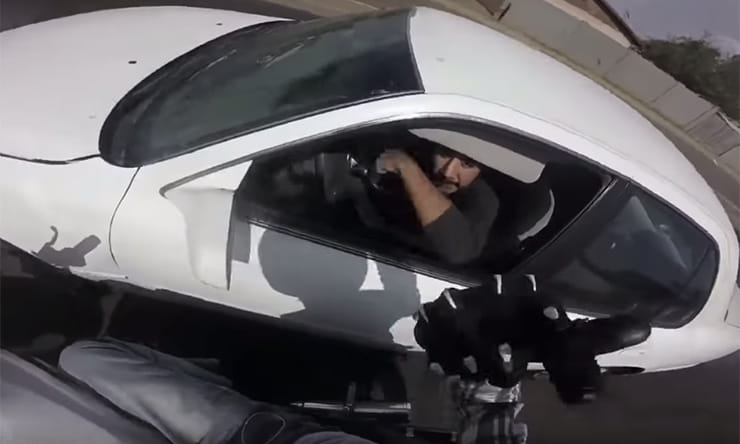 We’ve all seen the videos of bikers breaking mirrors. A car driver – a cager – blindly pulls out (probably on their phone), nearly taking out an innocent motorcyclist. The rider gets in a rage. They maybe even smack the driver’s window or try to kick the mirror off the car. What would you do?

What should you do?

What if, through no fault of your own, a driver pulls out on you because they didn’t see you. You’re a top rider who commutes every day – or simply lucky – so you manage to avoid them.

What should you do next?

Well the answer is – perhaps surprisingly – nothing more than making sure you’re composed enough to continue your ride.

There’s nothing to be gained from gesticulating wildly at people, or worse. Generally, they’ve made a mistake; remember we’re only talking about relatively low-level offences here, and while that driver could probably do with some education or even a fine and points on their licence to get them off the road, it isn’t going to happen through you giving them a lecture.

What should you do if someone pulls out on you?

I watched a video on social media recently where a car pulled out on a rider who was doing around 60mph. That car was hidden at a junction by another car, though even when it pulled out the rider kept moving towards it, beeping his horn before pulling alongside and hitting the wing mirror then riding away.

In no way am I saying that the rider was at fault initially. 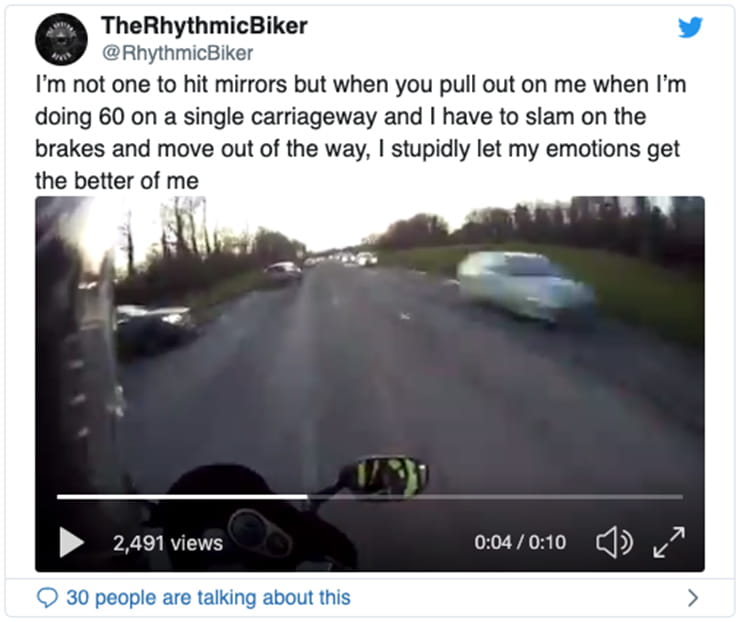 The rider had a video camera on, so instead of hitting the car he could have simply uploaded his footage to his local police force. Most UK forces now have an online reporting system for traffic offences; in fact Detective Superintendent Andy Cox of the Metropolitan police has just reported a significant increase in dashcam referrals. That’s because it’s quick and it’s easy to do. 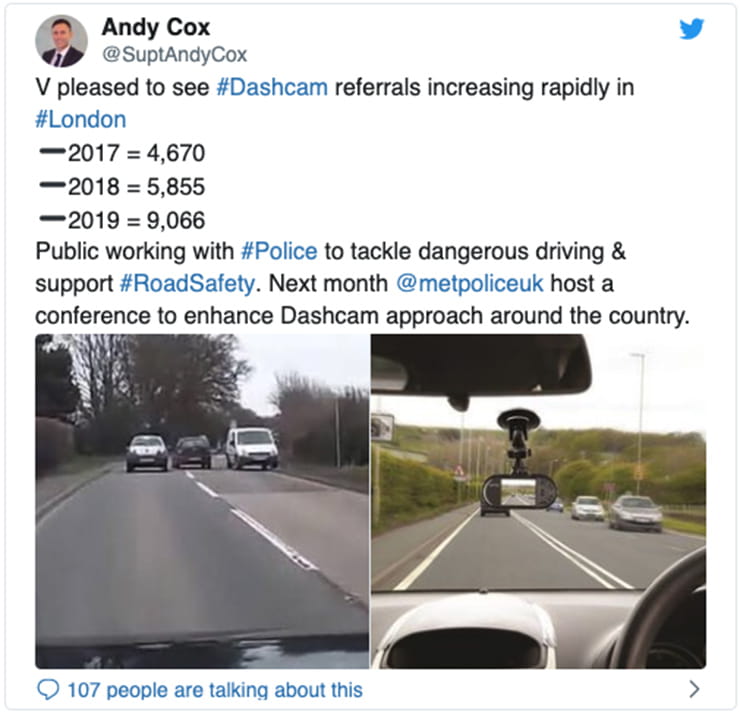 In our example, the car’s registration number was clearly visible and the police could have done something about it; the driver would have been spoken to and might have received points on their licence for driving without due care and attention. Surely that’s a better way.

Doing it that way means there’s a chance the driver would either learn from their mistakes or be banned, and you just might help the next poor biker that was going to be pulled out on by them, and maybe not have been so lucky.

Why not teach them a lesson yourself?

Many minor traffic offences aren’t recordable, so while you can get points or a ban, you don’t get a criminal record for them, like the following:

Offences that DO result in a criminal record include:

So we’re only taking about relatively low-level offences here – no one’s going to get a criminal record or go to prison (unless the offence was deemed dangerous driving). Until, that is, another offence is committed.

Public order offences, assaults and criminal damage are most definitely criminal offences and if you let the heat of the moment get to you – and the driver sends in their own dash cam footage – you could end up with a criminal record for something that started out as a low-level incident.

That could affect everything from career opportunities to your family life; countries like the USA have a visa waiver programme for UK citizens, but that doesn’t apply if you’ve been arrested or convicted so you’d have to apply for entry. Imagine telling your family that you can’t go on holiday because of the time that idiot pulled out in front of you and you smashed their wing mirror off.

In all circumstances we, as motorcyclists, are pretty vulnerable, especially at junctions.

It doesn’t matter that you were in the right if you end up injured.

I’m not telling everyone to rush out and book further training (although there is plenty available), just please have a bit of understanding that junctions are dangerous places and some car drivers aren’t the most attentive. They’ll continue to be inattentive until they get dealt with and possibly banned, but also remember that there aren’t that many bikes on the road, which means drivers rarely see them so aren’t used to looking out for them. That might sound like an excuse, but studies across Europe have proven that Mediterranean countries with more bikes and scooters on the road are safer places for those riders because drivers expect to see bikes.

Some forces, like West Midlands Police, are actively using unmarked motorbikes and plain clothes officers to catch offenders; that’s a good start but the police need to do more.

We could learn a lot from the cyclist lobby who have placed so must pressure on the police that they’ve had to act...