FIM approved helmets to be mandatory 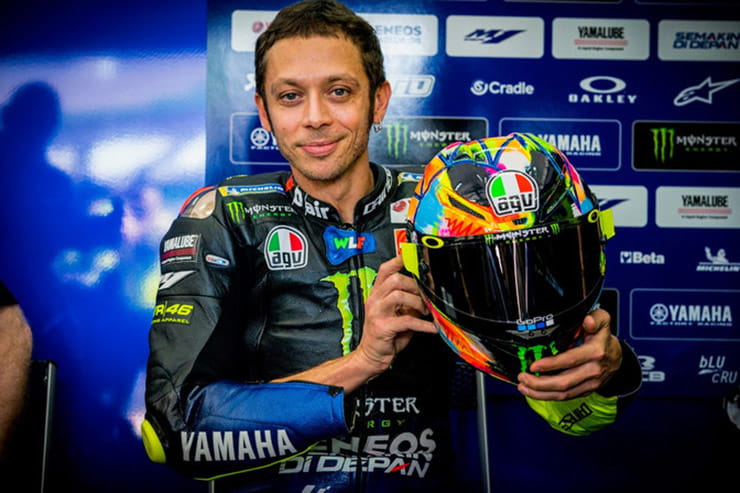 From 3 June 2019, all racers – Valentino Rossi included – competing in MotoGP, Moto 2, Moto 3 and World Superbikes will be required to wear helmets that have been approved to FIM homologation standards. It’s an expensive process for manufacturers as ten helmet samples per model AND per size need to be supplied to the FIM’s lab.

While the tests in many ways reflect the current ECE 22.05 standard that road-legal UK lids must adhere to, a new oblique impact test is, arguably, a very worthy addition to the procedure, and will help to ensure the utmost safety for racers in everything from drag racing to MotoGP.

The original requirement was for all racers in all FIM circuit events to use the homologated helmets from the start of the 2019 season, but due to a large number of late requests by manufacturers, the date has been delayed. With only one lab (the Impact Laboratory of the Aragon Institute of Engineering Research (University of Zaragoza)) carrying out the tests, it’s been stated that ‘no assurance is given that a helmet will be homologated for the 2019 season unless it reaches the laboratory, with the necessary paperwork approved, before the end of February.’

The only solid commitment that remains is for FIM homologated helmets to be mandatory without exception from the first circuit racing event of 2020.

What is the new FIM helmet test?

Unlike the process for ACU (Auto-Cycle Union) helmet approval, every helmet worn by a racer at an FIM circuit event will have to go through a homologation process that involves impact and penetration testing. Some of these lab tests are conducted in much the same way as that used for current road lids in the UK and Europe, but with the addition of an oblique test, which sees the helmets strike a 45° anvil to more closely mimic the blow that a rider thrown from a bike would be likely to receive.

During this form of impact, it’s possible for the helmet to snatch slightly, leading to a violent displacement of the brain inside the skull, which has been shown to lead to brain injury. It’s the reason MIPS (Multi-directional Impact Protection System) has been developed – you can find out more about it here.

While the ‘head forms’ that sit inside the helmets when they’re tested are the same weight as those used during ECE 22.05 approval, an FIM-homologated helmet reaches greater speeds; road helmets sold in Europe will pass if they transfer a peak acceleration of 275g to the head at a linear impact speed of 7.5m/s (16.8mph). For a helmet to meet FIM approval, it must also not exceed 275g, but at speeds up to 8.2m/s (18.3mph).

Linear impact tests are carried out on a flat anvil, using three of the ten helmets that have to be supplied for every size of the model being homologated. Across those three helmets, a total of 13 linear impacts are carried out (never in the same spot for each helmet), covering the entire surface of the lid.

Two more of the helmets are used for the oblique impacts on five locations – three on one lid, two on the other

The sixth lid is used for a penetration test of the shell, the seventh is a ‘reference helmet that’s stored for future reference, while the remaining three can be used for any ‘extra tests’ that might be deemed necessary.

The FIM tests compliments the existing helmet standards – for a lid to be considered, it must first meet the requirements of ECE 22.05 Type P (full face), Snell M 2015 or JIS T8133 2015 Type 2 full face. It must have a non-removable protective lower face section made of the same material as the main shell, and it must have a strap with a double-D fastener. The shell must also be of a one-piece design.

Are FIM homologated helmets the same as the road versions?

While all FIM lids must first be road approved, their construction might be changed for racers. For instance, Shark told us that its Race-R Pro GP FIM Racing #1 is ‘exclusively intended for Shark racers’ and is ‘not being marketed to the general public.’ The company goes on to say that, compared to the ECE 22.05 Race R Pro GP, the FIM lid has a different shell structure and a more dense EPS foam, so is slightly heavier.

How does FIM testing compare to SHARP?

SHARP helmet testing is a government-funded consumer information initiative that was launched by the Department for Transport (DfT) in 2007, and gives buyers the chance to assess how much more protective lids are than the ECE 22.05 baseline.

Tests are carried out using a flat anvil, and – like the FIM tests – oblique anvil. The linear tests also include a kerb anvil – something ECE 22.05 does, but the FIM doesn’t (there aren’t road-type kerbs on closed circuit racing).

While SHARP’s testing involves slightly higher impact velocities than the FIM’s standard, the FIM test sees the helmets suffer a larger number of impacts before the test’s complete.

Can an FIM-homologated helmet be custom painted?

According to the FIM, ‘Custom paints are still allowed, and don't interfere with the homologation. However, the helmet is tested and homologated with one cover paint of which we keep the reference.’

Alban Rojas, research and innovation manager at Shark helmets in France, went on to explain to BikeSocial that solvent conditioning is carried out on the helmets during FIM homologation testing, but that it’s the same process as that in ECE 22.05 – it’s nothing new, and isn’t linked to the paint process; “The solvent conditioning is to check the resistance to chemical attacks of all the materials of the helmet related to security, like the shell, absorption elements, strap etc..” he told us. “The FIM accepts custom paint as it knows that some riders have different graphics for each race, especially in MotoGP. However, the FIM will monitor the difference in weight between custom-painted helmets, and the weights declared by the manufacturers on the application form.” 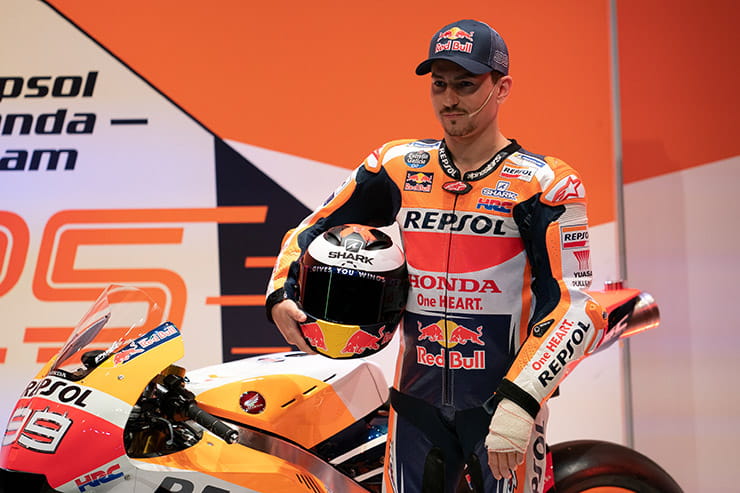 Shark was one of the first to gain FIM approval, so Lorenzo, Oliveira and Zarco will have the latest homologated helmets

Which motorcycle helmets are FIM-approved?

At the time of writing, the following lids have been FIM racing homologated:

In addition, the following have passed the tests, and are pending homologation:

Finally, the following brands have helmets that are submitted, waiting to be tested:

At the time of writing, four helmets had been homologated to the FIM’s requirements

What helmets do MotoGP racers wear in 2019?

With HJC already waiting on the final homologation of its RPHA 01R, Cal Crutchlow's switch from Arai won't be causing him any headaches. Here's the most up to date list of who's wearing what in the MotoGP championship this year...

What races are affected by the FIM regulation?

Events that can continue to use ECE, Snell, JIS lids until the end of the 2019 season are:

The standards explained here are covered in the FIM Racing Homologation Programme for Helmets (FRHPhe-01), which was published in July 2018, and will be updated to FRHPhe-02 in July 2020.

The FIA (Federation Internationale de l'Automobile) has also introduced a new ‘Super Helmet Standard’ that will come into force for all Formula 1 events from 2019.