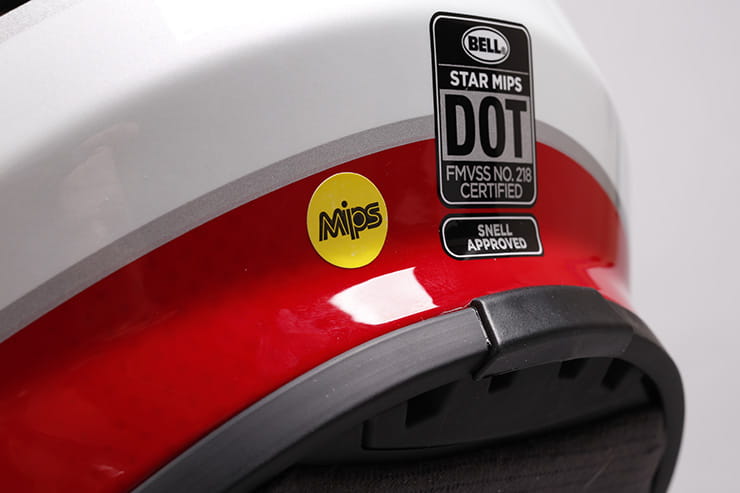 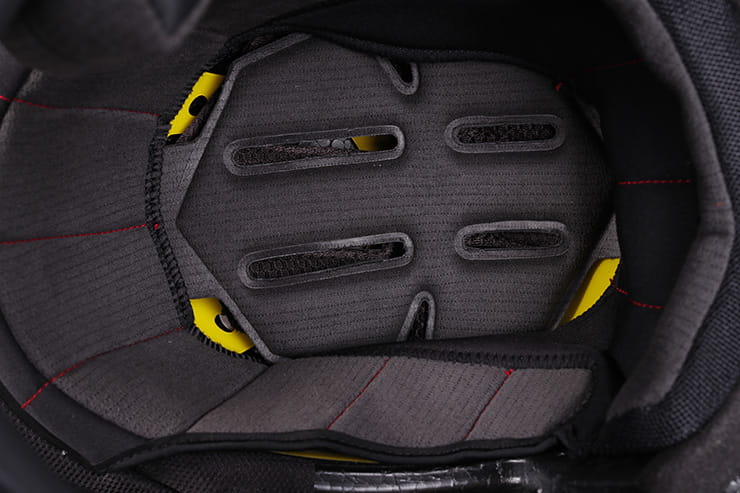 There can’t be many motorcyclists who go out for a ride expecting to crash, but that’s exactly what pro skiers and competition cyclists do; they try to avoid it, of course, but they know there’s a very good chance they’ll fall. They were the early adopters of MIPS…

What does MIPS stand for?

MIPS, or Multi-directional Impact Protection System, is basically a thin insert between a helmet’s skull cap and expanded polystyrene shell. Hans von Holst, a Swedish neurosurgeon, and Peter Halldin, a researcher at the Swedish Royal Institute of Technology developed the technology to reduce the risk of rotational motion trauma to the brain.

What does MIPS do?

By adding a MIPS layer to a helmet, the lid itself can shift between 10 and 15mm around the head in any direction upon impact, which reduces the rotational forces transferred to the brain in those first 5-10 milliseconds. 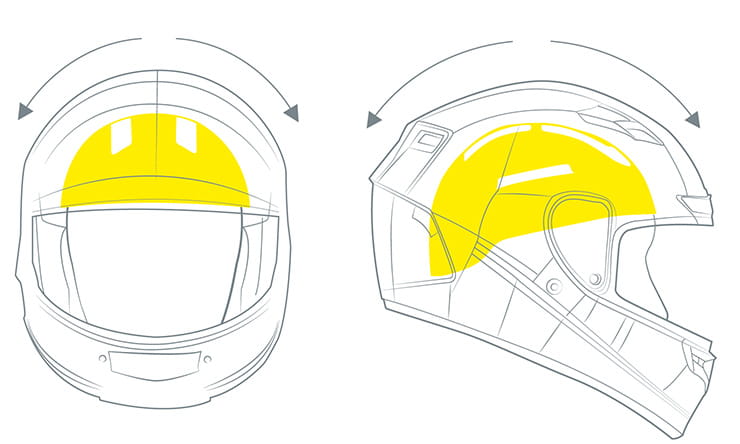 Why does rotational motion trauma matter?

Any impact to the brain is potentially fatal or life-changing. Helmets are designed to reduce the force transmitted to the head in the same way that your skull has evolved to protect your brain – a hard outer shell to spread the load over a greater area, and a soft interior to dampen energy.

In the head, three thin membranes (meninges), and the cerebrospinal fluid cushion the delicate brain. That fluid also allows the brain to shift and rotate slightly, something the typical motorcycle helmet doesn’t let your head do.

A straight impact to the head, while wearing a helmet, will transfer the energy along the same axis, but in a crash you’re likely to strike the ground at an angle… at that first impact your helmet could be twisted or rolled, and it’s MIPS that is claimed to reduce the amount of this directional force that gets to the head, helping the cerebrospinal fluid protect the brain from damage that could lead to concussion or worse.

A Swedish study found that, during the first year after a head injury, the risk of dementia was approximately four to six times greater. This risk quickly reduced over time, but never returned to normal. From the data, which started with 3.3million people, the odds of dementia occurring 30years after a brain injury were determined to be 25% higher. 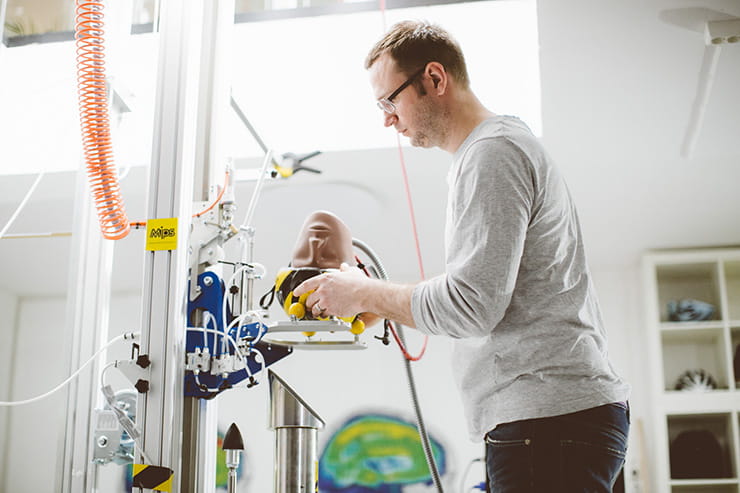 Does MIPS make a difference to the fit of my helmet?

Adding a MIPS layer to a helmet isn’t a case of simply dropping it in yourself. If a helmet manufacturer wants to install this technology, it work with MIPS to design it in during manufacture.

There are a few different solutions available, depending on the design of the lid, but it’s very thin and weighs between 25 and 45grams.

It will of course add cost to the helmet, depending on the design and the engineering that needs to go into the implementation, but it’ll likely be anywhere between £20 and £50 at retail for motorcycle products.

How MIPS moves inside your lid

Are there any alternatives to MIPS?

6D’s ATS-1 carbon-fibre helmet has its own unique design of suspension built into the shell, which is said to reduce rotational force as one of its benefits, while some incorporate patches of shear material. There are others too, like Leatt and its '360-degree turbine technology', which is claimed to reduce rotational acceleration by up to 40%. Arai too has always held firm that its shell designs are intended to reduce snagging in an impact.

With its integration into 302 helmet models so far (not to mention about 140 granted and pending patents), MIPS looks set to dominate the market in rotational motion trauma reduction. 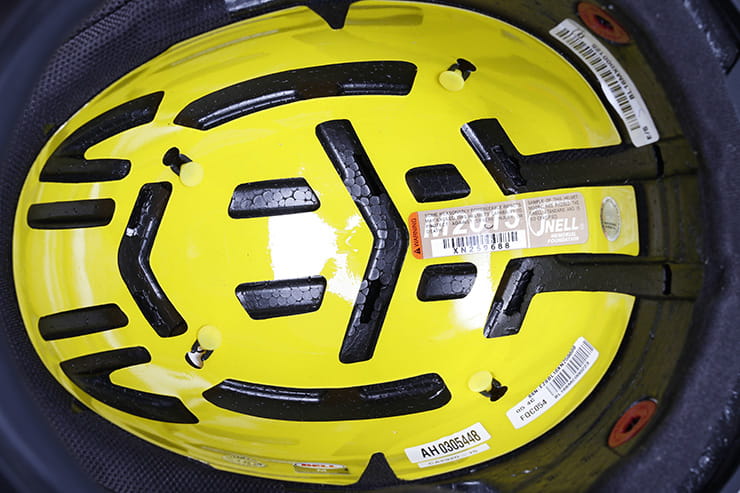 The MIPS layer is the thin yellow plastic and soft material on the polystyrene liner, seen here inside a Bell Star helmet

Which helmets have MIPS in?

The majority of motorcycle helmets for sale with MIPS in 2018 are designed for off-road, from 13 companies like AlpineStars, Fox and KTM. But there are road lids available, from the likes of Bell and Kabuto. Other manufacturers will be releasing lids in 2019, while discussions are ongoing with more brands for release further down the line.

In cycling, there are already 44 companies offering MIPS-equipped lids, including Bell, Giro and Smith. Snow sports are covered by 21 manufacturers like Oakley, Scott and Rossignol, while equestrian currently has two – Armis and Back on Track.

Does MIPS work and is it worth having?

We’re going to be reviewing a MIPS-equipped helmet very shortly, but hope we don’t get the chance to find out how effective it is in a crash. We are however planning to visit the MIPS lab, where we’ll be able to carry out tests with varying impact scenarios, and gain the data that will show what influence the technology can have.

Some reports have cast doubt over the advantages of MIPS, particularly in direct perpendicular impact testing, though others have found that – in an oblique impact more likely to represent a crash – MIPS-equipped cycle helmets do reduce the risk of brain trauma.

While some claim that the movement of the scalp limits the need for MIPS, or that similar results could be obtained with a slip-on external cover, what’s not disputed is that rotational forces should be minimised.

Like sports users who have to consider crashing, take a moment to question ‘what if’. And with that in mind, if there’s a system available that can reduce the risk of damaging the brain in an accident, what reason would you have for not using it?