'Clutchless snickers': changing up and down gears without a clutch

We know how to change gears up without using the clutch. But did you know we can shift down, too? Here’s how it works:

Italian Moto2 racer Mattia Pasini won his home race at Mugello earlier this year; the first time he’d won since 2009. Impressive enough; but what really caught people’s attention was the way he controls his race bike.

A motocross accident early in his career left Pasini lacking enough strength in his right arm to brake properly. So he transferred his front brake to the left handlebar – which meant his clutch lever was shrunk and slotted in beneath the brake lever.

And that means, even though there are no autoblippers in Moto2, Pasini only uses the clutch twice in the race: once at the start to get off the line, and once at the end. All other gearshifts in between are without using a clutch. 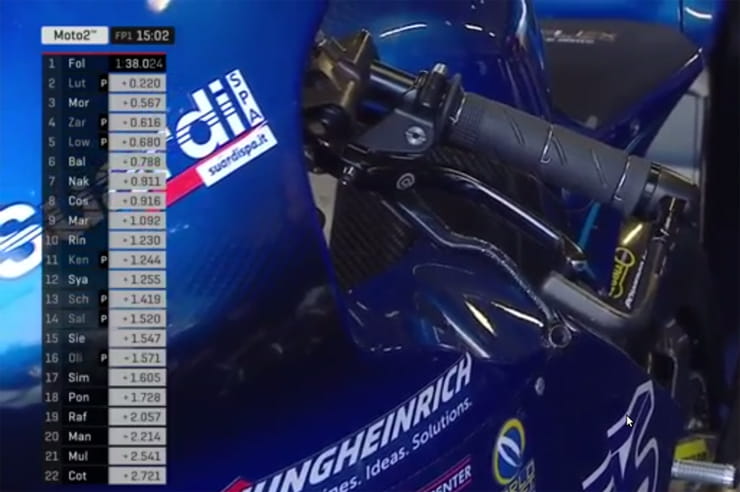 To many riders, this seems like madness – for a start, won’t clutchless downshifts wreck the gearbox? And even if they don’t, won’t they upset the bike?
The answer to both is no, and to prove it we’ve fitted a 2017 Honda FireBlade with four cameras; we’re filming the throttle/front brake (inset bottom left), clutch (inset bottom right), gear lever (inset top left) and a dash cam showing throttle position (centre).

The rider accelerates from a standing start through the gears without using the clutch other than to pull away – you can see the throttle position reading briefly flicking to zero as the gear is shifted up.

Then, from top gear, the rider brakes (using the front lever in the conventional place on the right), blips the throttle to match engine revs with transmission speed, and shifts down each time.

Again, you can see the throttle position briefly flare as the rider blips the gas. It’s even possible to slip the box into neutral before coming to a halt without ever touching the clutch lever.

Of course, this isn’t at race pace – Pasini must be much more accurate (and probably a bit more brutal) with his downshifts – but it shows... well, it shows you can give your left hand a rest, if you want to.

No gearboxes were harmed in the making of this clip. Probably.

BikeSocial: riding technique - Clutchless up and down shifts