UK fixed speed cameras – how accurate are they? 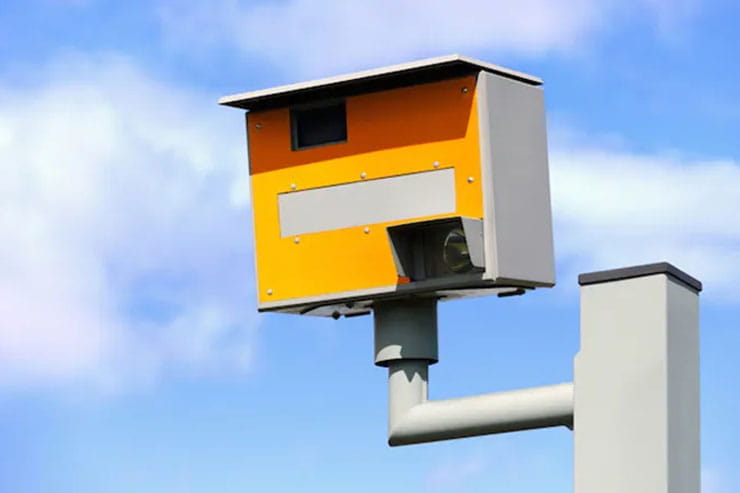 In a nutshell, no, it’s not ok to factor in a speed that is above the posted speed limit. The guidelines issued by the National Police Chiefs Council are, I think, in place to stop unnecessary prosecutions through variables in the speedometers used by the public in their own cars. Police equipment used in speed detection is calibrated to read correctly.

What are the guidelines for speeding enforcement?

Strictly speaking, anything over the posted speed limit is the point at which you can land in the realms of prosecution, but the police and road safety partnerships operate on a limit of 10% + 2mph where they don’t take any action. It’s a guideline issued by the National Police Chiefs Council but it’s only guidance, it’s not the law and they don’t have to follow that guidance.

Above 10% + 9mph and then its straight to court

Can a forward-facing camera read a reg plate on a bike?

No, but if it’s a camera in a van it will still record a speed and the camera van operator only has to record the bike and then note the reg as it rides by. Once that’s been entered into the evidence chain that is all that’s needed.

Is the camera always pointing out the back of a camera van?

It usually points out of the back or the side, but they still work as vehicles travel away from the van. It’s best to assume that a camera van that has been deployed is working correctly and that the operator knows how to use it. It’s their job so why wouldn’t they take pride in their job?

Speed camera that can film a car a thousand meters away

How far can the cameras see?

Roadside automatic cameras detect within the zone that’s painted on the carriageway; the white lines painted across the road. Average speed cameras operate over a much wider range, measuring the time it takes a vehicle to pass through two of the cameras. The cameras don’t have to be in sequence, can be anywhere in the loop and a lot of average speed cameras are rear facing.

The latest mobile cameras have a theoretical range of about one thousand metres and there are portable versions that are essentially the same as those used in camera vans. The difference being that they don’t require a van as a platform and can be put on a tripod at the roadside.

Gloucestershire police showcased one camera on the A417 that was operating at 642 metres although the car that is being recorded is in shot much further away than that (see video above). The quality is really good, and the camera can also be used for seatbelt, mobile phone and tailgating offences. It also captures the brown and white HGV on the nearside drifting out of its lane (at 0:15) which in terms of running into the back of stranded vehicles is a real issue however either the operator doesn’t see it because they are focused on the red Fiesta in lane 3, or they decide to take no action on it. 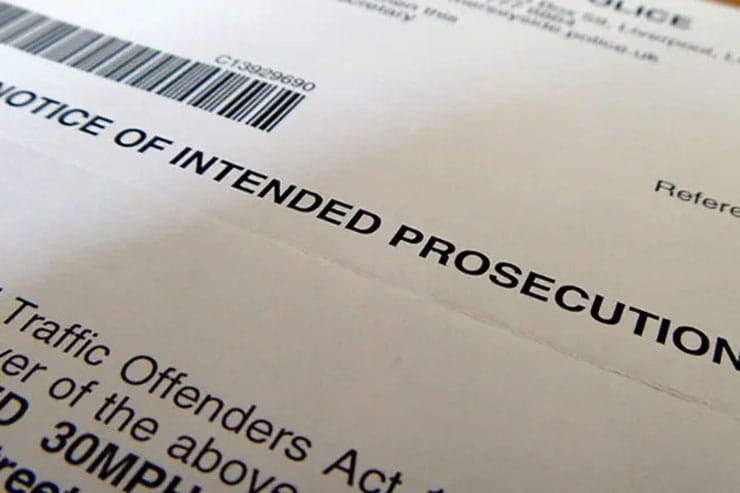 How will I know I’ve been caught speeding?

If a rider isn’t stopped at the roadside, then the registered keeper will receive a Notice of Intended prosecution and a Sec 172 notice asking the keeper to name the driver in the post within 14 Days with a reply date of 28 days. Even if it arrives late, it’s important to reply to it as failure to nominate a driver, the sec 172 offence, is a separate offence which carries its own penalties, six points and a fine up to £1000.

What are the penalties for speeding?

Get stopped at the side of the road and the action a police officer can take ranges from a verbal warning to a speed awareness course or prosecution. If you get flashed by an automatic speed camera, then the verbal warning part is out of the window. The bare minimum for prosecution is at least three points on a driving licence and a fine of £100 via a fixed penalty. Riders might get offered a speed awareness course, which generally costs around £100 but doesn’t put points on a licence. You can attend one if you haven’t been on one in the previous three years. I haven’t been on one, but I have heard that some people find them as a nice wakeup call and reminder. I’ve also had people asking for a course rather than the points, which stay on a driving licence for four years, but it’s not really designed as an easy option to keep in your back pocket.

Are there alternative penalties for speeding

The options to either educate or prosecute remain the same across the speed range so exceeding a 30mph limit is treated the same as exceeding a 70mph limit but it does differ if the speed is way out of proportion to the posted speed limit.

Speeding penalties are worked out in 3 bands, A, B and C with A being for speeds nearest the posted speed limit and C being for greater speeds. The bands apply irrespective of the speed limit so a higher speed on a 60mph national speed limit road, from 91mph will see a penalty in Band C at court. That will mean a fine of around 150% of the riders’ weekly wage up to a maximum of £1000. That maximum fine if the speeding takes place on a motorway is £2500 and as an addition, Band C offences come with either 6 points or a discretionary ban of between 7 and 56 days if the magistrates deem is necessary.

Isn’t a sneaky way of making money for the police?

Sadly, it doesn’t go towards the police Christmas party, the money from the fines goes directly to the government to be spent within the general government budget however the money from running speed awareness courses goes to the local Road Safety Partnerships to assist in running other forms of educational courses, Merseyside Police, for instance, used some of it to run road safety education aimed at elderly drivers.

A study by the Department for Transport showed that people who had a been on a speed awareness course had a reoffending rate of as much as 23% lower than those who took the points instead.

Can I get off with speeding at the roadside?

Not from an automatic camera, any camera which solely relies on an administrative function to progress a case once a threshold has been reached will simply start the process. That same camera won’t catch drink or drug drivers but that’s not what it’s there for.

A rider stopped at the roadside might get an officer who uses their discretion, call it getting off if you like but that won’t happen every time.

Being a Freeman of the Land, crying, asking the officer if they haven’t got better things to do like catching real criminals, telling them that you know the Chief Constable or that you pay their wages generally doesn’t work either, I know, I’ve heard them all. It’s best to go to court and state your case (although its best not to say the same things to a magistrate either).

How many riders speed?

During 2020, 58% of all motorcycles that used the UK motorway network in free-flowing conditions exceeded the speed limit, say the Department for Transport in their speed compliance report. The figures look slightly better if we look further into them where only 22% were more than 10mph over the limit but that was still higher than all other vehicle types. If we look at in a glass half full way, it means that nearly 4 out of 5 motorcyclists didn’t exceed the speed limit by more than 10mph during that free-flowing journey.