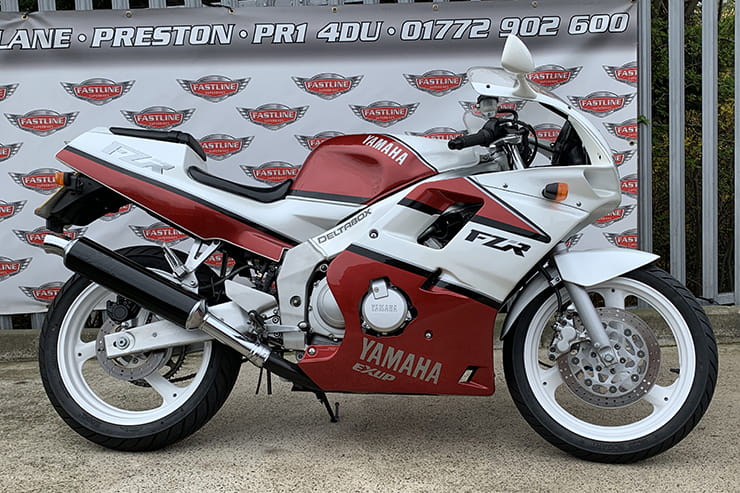 There’s a rumour that’s been doing the rounds for a few years now that Kawasaki are building a four-cylinder Ninja 250 for the far eastern market. It might be true and, if they do, with the latest in fuel injection and ignition technologies our guess is that it’ll be bloody marvellous in a completely crazy kind of way.

Like everything else in life it’s nothing new. Back in the late 1980s and early 90s all the Japanese manufacturers made a four-cylinder race-replica 250 for their own domestic market and more than a few of them made their way to the UK as grey imports.

Limited by Japanese regulations to 45bhp and 112mph (180km/h) and mostly weighing-in at around 140kg, none of them were fast. But if you were patient, small enough to get behind the bubble and prepared to keep the revs above 14,000rpm, they were a lot quicker than any of the four-stroke 250s released before or after. 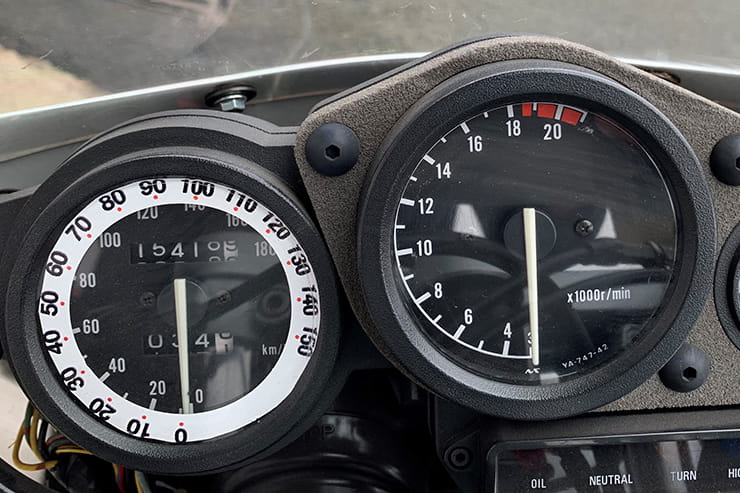 Honda’s CBR250RR and Yamaha’s FZR250R were the best of the bunch, redlining at 18,500rpm and capable of troubling the 112mph speed restriction with a following wind. We imagine that they appealed (and still do) to the kind of people who enjoy carving a detailed model of the Eiffel Tower onto the head of a pin because it must take that kind of dedication to miniaturisation to stay interested for more than five minutes.

Actually, that’s unfair. Step off a bigger bike and the novelty of 18,000rpm does take a little over five minutes to wear off. But stick with it, give yourself time to adjust and get used to it and, you’ll be surprised how much fun can be had at 80mph when you know that losing a couple of thousand RPM makes the difference between ‘home-on-time’ and ‘dinner’s-in-the-dog’.

Having an EXUP valve in the exhaust pipe gives the Yamaha a little more bottom-end power than the Honda, but the purpose here is to rev as quickly as possible – how much power your engine makes on the way feels largely irrelevant. 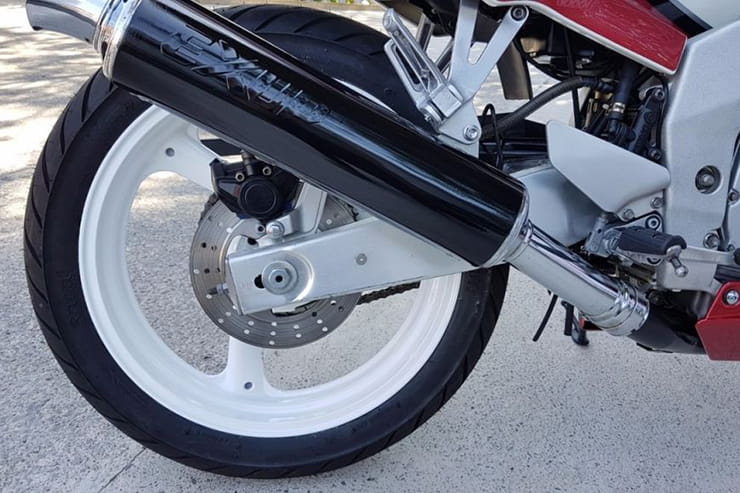 Enjoying something as bonkers as an FZR250R is an exercise in discipline, calculation, three-dimensional high-speed trigonometry and sheer bloody-mindedness. Momentum is everything and to maintain it on a busy road means looking far ahead into the distance, planning your overtaking well in advance, estimating the severity of a corner long before you get there and then not slowing down, at all, ever.

Overtaking is relatively easy if you’re concentrating, but cornering takes a while to get right.

Your ears, listening to the sound of four tiny pistons narrowly avoiding 16 even tinier valves 300 times each second, fool you into believing the km/h speedo must be reading mph and the engine is running on helium. Sitting atop a shrunken, flighty, softly sprung lightweight chassis exaggerates this sensation and so, as you approach a corner instinct makes you brake as hard as you dare, while slamming down three gears. Release the brakes, hammer the inside handlebar and waft around the corner on almost-no-lean angle because you are now taking a 60mph turn at around 35mph. Dammit. Not again.

In time you understand that this is not a bike to compare with anything else. Forget the fantasy of chasing down bigger bikes on a twisty road, instead just enjoy being on something so utterly unlike anything else you’ve ever ridden that it forces you to ride completely differently. 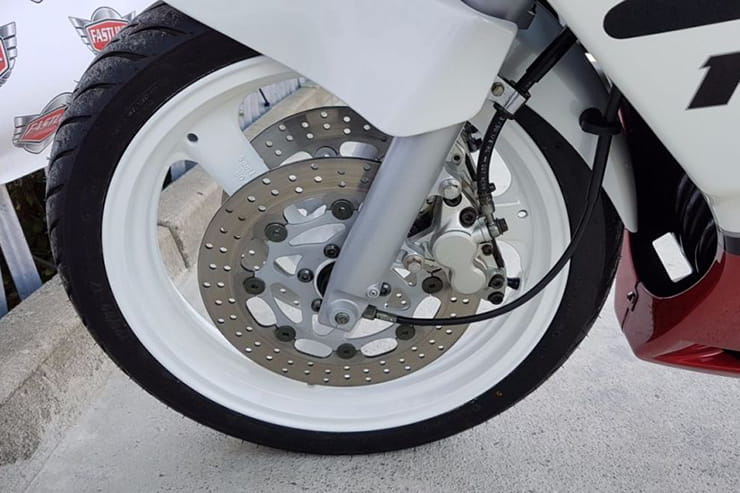 The tiny dimensions mean that getting your knee down (if such things matter to you) is laughably simple because every part of your body is almost down all the time. Enjoy the noise and choose your route based on completely different criteria to every other bike you’ve ever ridden.

The other upside to riding an 18,000rpm four-stroke 250 is that by the end of the summer your riding will be so much better than before because you’ll have lost that habit of arriving at a turn 30mph too quick, having to brake hard, upset the suspension and then wobble round at twenty degrees of lean.

Instead you’ll be scrubbing off a little speed over a longer period of time (because heroic braking simply crushes bugs between the bottom yoke and the mudguard as the forks crash down onto their bump stops), giving yourself plenty of time to size up the corner and then accelerating out on a positive throttle, suspension working with you at lean angles you never saw on that overpowered sports bike you had last summer.

The biggest challenge of a four-cylinder 250 race replica is finding a good one. Nowhere near as many were imported as the 400s and not that many survived the last 20 years since the grey import boom.

This one, on sale at Fastline in Preston might look pricey, for such a niche machine, but you’ll struggle to find another in anything like as good condition. Earlier models had a steel frame and single front disc brake, but these later bikes (1989-94) had an alloy Deltabox chassis, just like the FZR400RR, projector headlights and funky, coloured switchgear. It feels like an expensive bike because it was an expensive bike. By the time you’d bought a tatty one, sourced the parts and fixed it up, you’ll have spent a lot more than the £4199 price tag on this one. 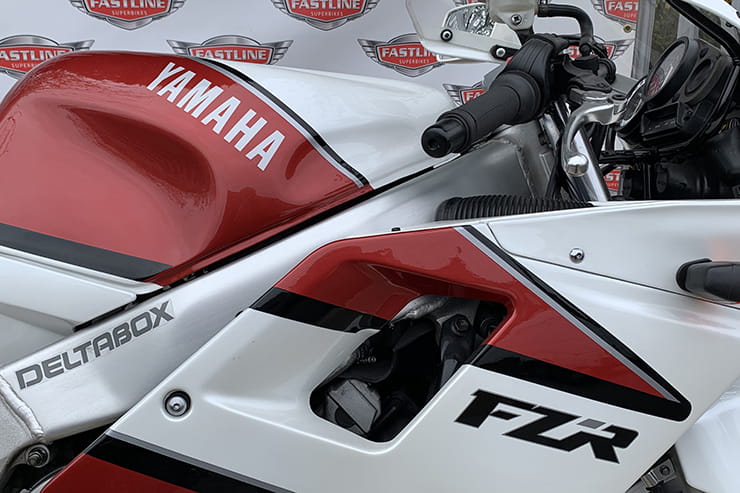