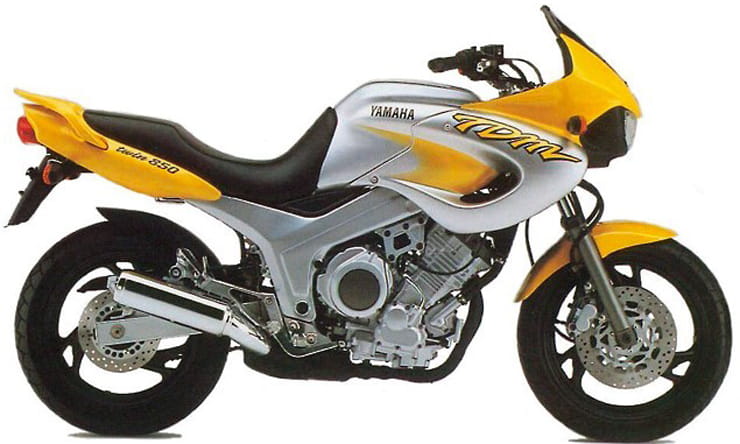 If you’re a former sports bike owner of a certain age, you’ll remember the excitement when Yamaha unveiled the first TDM850 at the end of 1990. The men in the tuning-fork polo shirts explained that this was the road-focused, sporty version of their XTZ750 Super Tenere – a bike that dominated sales in Europe but was largely ignored in the UK. Back then we bought sports bikes and not much else. Trailies were for bearded old fellas who liked mud and Motorcycle International magazine.

But the TDM looked very interesting indeed Ok, the 849cc 10v water-cooled twin was missing a couple of cylinders for most of us, but it had a Deltabox frame, as used on Yamaha’s FZR range and their GP bikes too, a couple of cool-looking bug-eyed headlights, cast wheels, huge FZR-type brakes and a sense that this was the upright urban superbike those of us who’d already fallen head-over-heels for a TDR250 had been waiting for. Knowing how good the TDR was, surely a four-stroke, 75bhp version with added size, space and reliability had to be amazing?

Sadly, by the time it arrived, we already knew it wasn’t. Initial press reports spoke of soft power, a stiff gearbox and suspension that was a lot less sporty than we’d hoped for. Bouncing around your favourite back road, comprehensively failing to keep up with a CBR600 while desperately trying to select a gear didn’t seem so appealing, especially because the TDM cost more than Honda’s also new-for-1991 CBR600FM, which made 15bhp more, weighed 20kg less and was just as good an all-rounder without the funky styling. 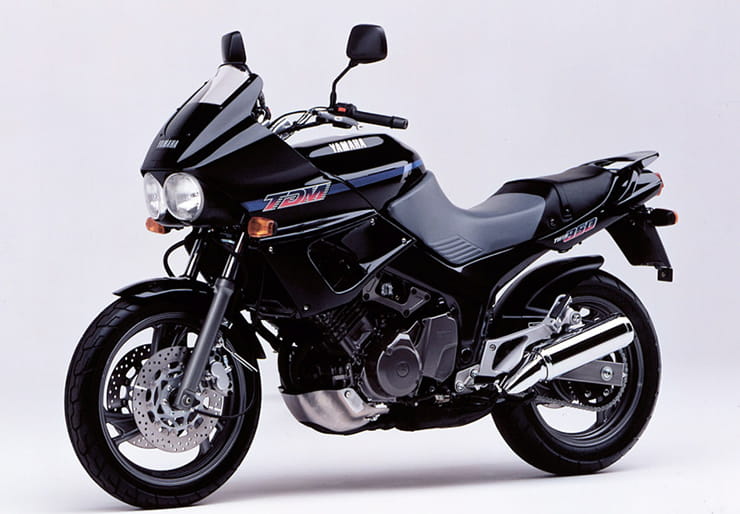 Fixing the suspension was tricky, not helped by the fact that Yamaha had fitted soft forks and a shock absorber that had two springs – one for solo use and a second one unlocked by a lever for pillion riding – but no real range of adjustment. If only they’d used FZR units things would have been very different and we’d have put up with the awful gearbox (probably).

Which isn’t to say the TDM was a bad bike, just nowhere near as good as we’d all wanted it to be. It took Yamaha five years to fix it, giving the 1996 TDM some proper suspension a slightly better gearbox and a funky 270 degree firing order that supposedly made the parallel twin feel like a vee.

The 1996 bike, launched at the same time as the even more funky sporting TRX850 was a massive improvement, but by then the moment had passed. In an age where big twins were exotic, desirable and almost exclusively Italian, the off-beat Yamahas were a curiosity, but the motor’s v-twin pretensions were more Honda Transalp than Ducati 916. 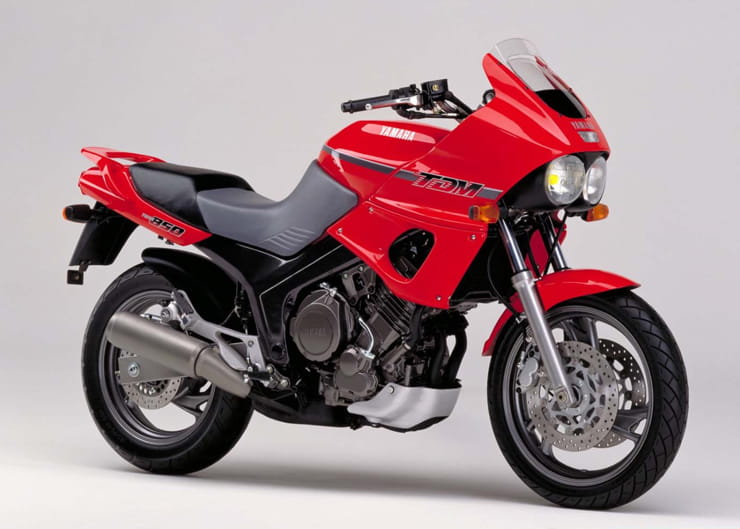 But the TDM was an innovator. Fast forward 20 years and everyone makes a cast-wheeled, softly sprung roadster based on a trail bike (apart from Honda, obviously who make the Crossrunner – a road-style trailie based on a road bike). Most are pretty good too; usable, practical, highly competent and mostly, good value too. Triumph’s latest Tiger 800 revamp is a great example as is Yamaha’s own Tracer range. The TDM concept has finally been validated.

Buy one now and it’ll almost certainly need a lot of work. The 90s weren’t Yamaha’s finest hour for build quality and most TDMs ended up as hacks, blatting to work and back on a shoestring budget.

It’ll almost certainly never be a classic, but if you’re curious and find a half-decent one, a TDM should make a good project to fix up and improve for not much money. Except prices (at least asking prices) are high. Make that very high. A 20 year-old TDM850 is apparently worth the same as a FireBlade or VFR800 and more than a Fazer 1000 that’s three years newer. They’re good, but not that good. This modern classic lark can be very confusing.

The later bikes (2001-on) became 900cc, but didn’t really go much faster and the early 850s (which are still cheap, when they surface) are still the best looking and most worthy of attention… if you can find one. 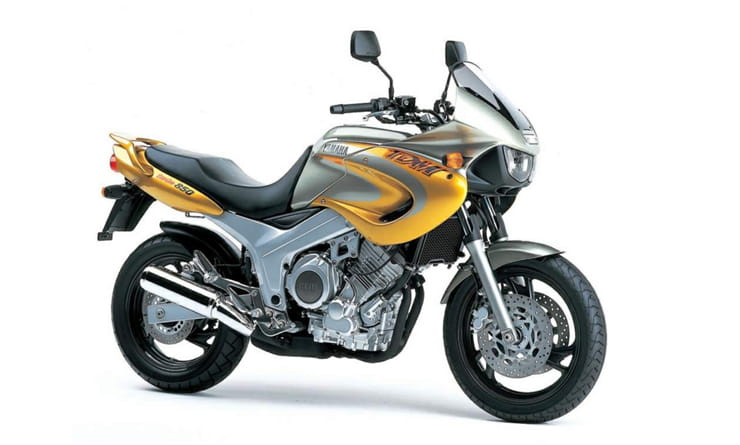