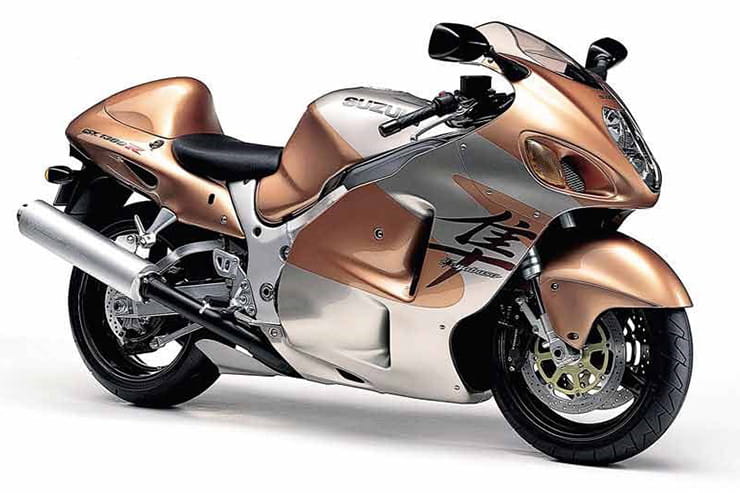 Biking cliché no18; ‘I don’t really go mad on a bike, but it’s good to have the power to get me out of trouble’. Can we just say that if the required solution is a Suzuki Hayabusa, then you must be getting into an awful lot of trouble.

The biggest challenge buying a Hayabusa is ignoring the ads for the very early unrestricted models. Those bikes are supposedly more desirable because the legend is that they do 200mph. Apparently all the models that followed are rubbish because they are restricted to a pathetically slow 186mph.

I have never ridden a motorbike on the road at 186mph and I’ve been lucky enough (and stupid enough) to be a  road tester for 23 years in some of the daftest of times.

Even if I ever did hit 186mph on the road, I’m pretty sure I’d run out of bravery and road a long time before I eked those final 14mph out of an early Hayabusa. And that’s forgetting that the early bike is now 20 years old and therefore, unlikely to be still putting out the full one million bhp. Even if it were, those ageing suspension bushes, swing arm, steering head and wheel bearings  would make it weave so badly you’d shut off long before things got too speedy and that’s before we consider the 20-year-old fork oil, brake hoses and everything else. 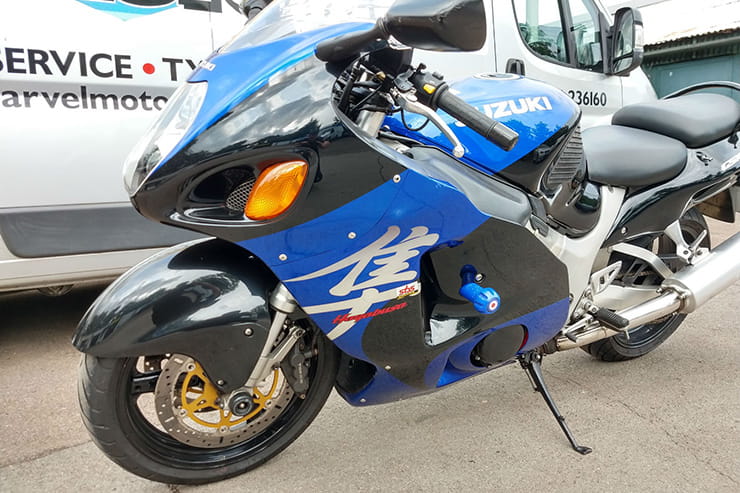 Of course, actual owners are much braver than me and the forums are full of tales of how you can tell if your Busa is unrestricted by how fast it pulls through the 220mph speedo after 190mph. Thankfully, those of us with the magic nasal hair can detect the smell of Busallshit down the fibre optic cable of an internet router.

The sensible Hayabusa buyer pays the right money for the newest, cleanest, best maintained example they can afford because that is the best way to enjoy what this amazing motorcycle will do. The rest of us, baulk at the idea of spending £7k on a heavyweight, 186mph toupe, but can’t help wanting an early Hayabusa in our shed, next to the 1990s two-stroke 250 and and underneath the Katana poster.

And believe us, an early Hayabusa is still an amazing motorcycle. If Yamaha’s V-Max represented the end of the first generation of Japanese musclebikes, then the original Suzuki Hayabusa definitely signalled the end of the second. The kind of bike you buy when your wife (or husband) has left you. The two wheeled equivalent of a weekend in Vegas.

Climb aboard and enjoy the room. This is not a sports bike – the title is GSX1300R, not GSX-R1300 and that’s important. The Hayabusa is one of those hard-to-characterise machines like Kawasaki’s ZZ-R1400. Not comfortable enough to be a sports tourer, not nimble enough to be a sports bike. It’s an iron fist in a bloody-great iron glove. Like one of those enormous Mercedes coupes that turn out to have a ten-litre engine. 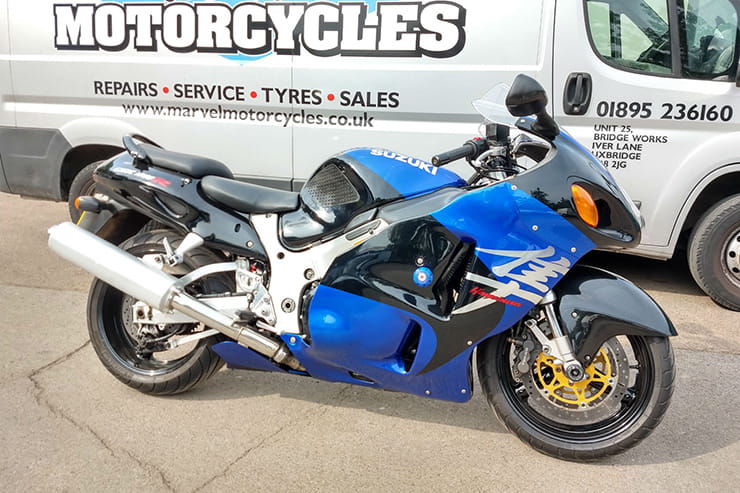 It’s a big bike, spacious too, but not as comfy as you’d hope.

The Hayabusa’s chassis exists as a cradle to carry that engine around in. It does handle, in its own way. Or at least it should. If yours doesn’t, then spend some time and money sorting it because this is a lot of motorcycle to hurl at a Cotswold if you haven’t had the suspension, the bearings and the brakes fixed.

Those early bikes we spoke about are generally the 1999 models. BIKE magazine printed a photo of their press bike ridden by an experienced speed tester, passing a radar gun at 200mph. The photo also clearly showed that the radar gun was well past its calibration date, so the actual speed might have been a shambolic 198mph (or perhaps, of course 202mph). Anyhow, the 200mph legend was born. Hayabusas trickled steadily out of UK showrooms because back then we were a lot more interested in going round corners than doing 200mph and, in the era of parallel imports you could buy a heavily discounted Honda Blackbird for £2000 less.

Suzuki restricted the Hayabusa’s speed for the 2000 model year, but there were plenty of unsold 1999 models still around so the 2000-registered bike you buy might still be unrestricted as you’ll discover when it soars past 190mph in your dreams. 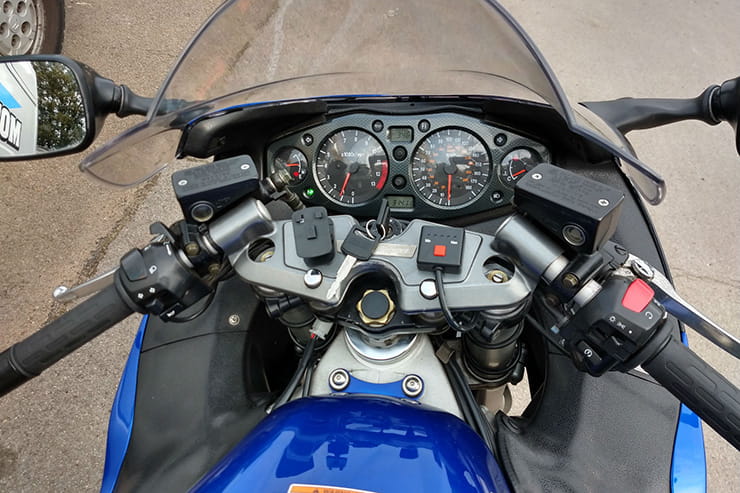 The unrestricted bikes have a 220mph speedo, later ones ‘only’ go to 200mph

Aside from all the ageing chassis parts a used Hayabusa makes a very good buy. Possibly the greatest example of a ‘I could if I wanted to…’ You rarely see them ridden fast on the road, although a great many of them have gone very fast indeed on the drag strip. The world wheelie record of 217.85mph average speed over a kilometre is held by a tuned Hayabusa. They aren’t generally bought for commuting, make disappointing tourers (not that comfy solo, worse with a pillion and luggage destroys the experience) so mileages tend to be reasonable. Reliability is astonishing, even when tuned for drag racing where they can make several hundred bhp on a standard bottom-end and still be unburstable.

Problems on standard bikes are rare. There were some issues with alloy subframes cracking on the very early bikes – allegedly made worse if you replaced to twin exhaust silencers with a single item. These early subframes were replaced with steel items under a semi-official recall and there have been no problems since. 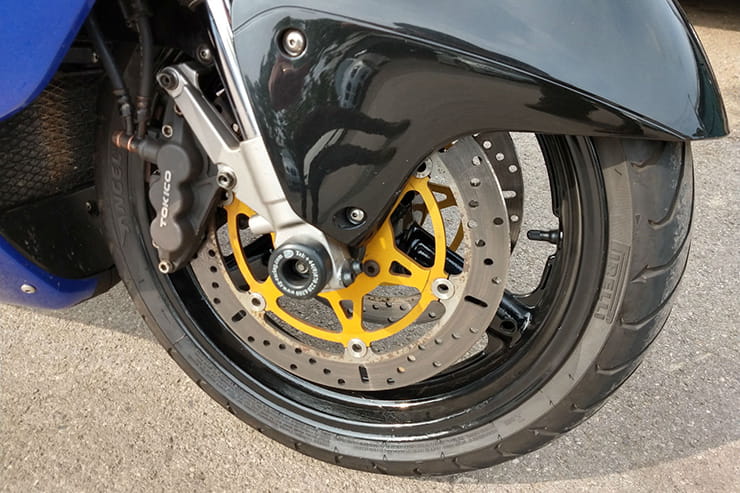 Brakes were always a weak point on early Hayabusas.

Six-piston brake calipers should be effective, but early Hayabusas have a reputation for marginal stopping performance (especially on bikes ridden through winter) that degrades quickly over time. The last of the current models have big Brembo four-pot calipers which are much better

Suzuki substantially revamped the Hayabusa in 2007 and bravely did the press launch on the terrifyingly quick (and famously unforgiving) Salzburgring racetrack in Austria. The new bike had more power, more capacity, less weight and improved suspension. It was a considerably better bike, but the world had moved on and, while sales were steady, it took some tempting discounts to shift them.

Euro 4 emissions laws killed off this current Hayabusa and the early models are starting to go up in value. Used prices have always been stronger than Honda or Kawasaki rivals because there are kit cars and race cars that use the Suzuki engine, keeping demand high. If buying an early one check for crash damage, expect the suspension and brakes to need attention and be aware that when an advert says, ‘full power’ what it actually means is ‘unrestricted’. They all made the same power, it was the speed that was restricted.

Suzuki are working on a replacement, rumoured to be either turbocharged or supercharged and drawings of it have been carefully ‘leaked’ over the last few years. BikeSocial understands it will be announced in mid-2019, but Suzuki R&D seem to have been on holiday for much of the last decade.

Right now you can still buy a tidy early Hayabusa for less than £4000. Spares are plentiful and, even in a world of 200bhp sports bikes that accelerate much faster, there’s something about the brute force of a Hayabusa shrinking the horizon doing its best to get you into and then, presumably out of trouble that still keeps us wanting one. 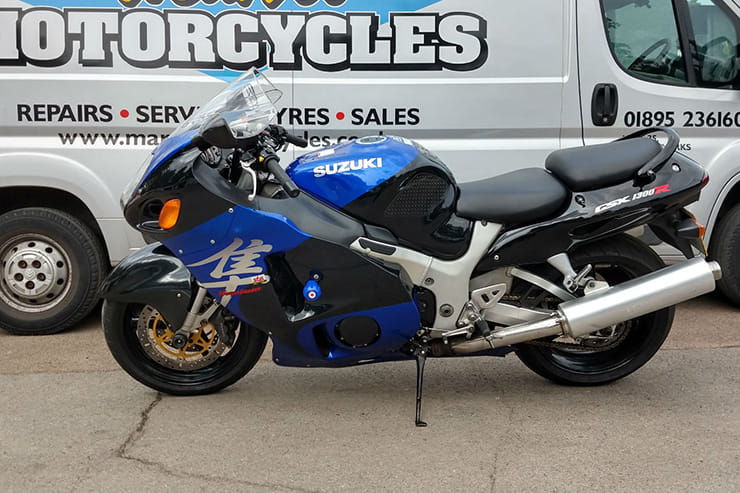 Standard exhausts give good power and add structural integrity to the back end.

Bike in pictures on sale for £2950 (at time of writing) at Marvel Motorcycles Uxbridge.