BikeSocial Publisher. Has been riding since before Frankie said ‘Relax’, owned more than 100 bikes and has written for, edited or published most of the UK’s best known bike magazines. Strangely attracted to riding high miles in all weathers, finds track days ‘confusing’ and describes the secret to better riding as ‘being invincible’. 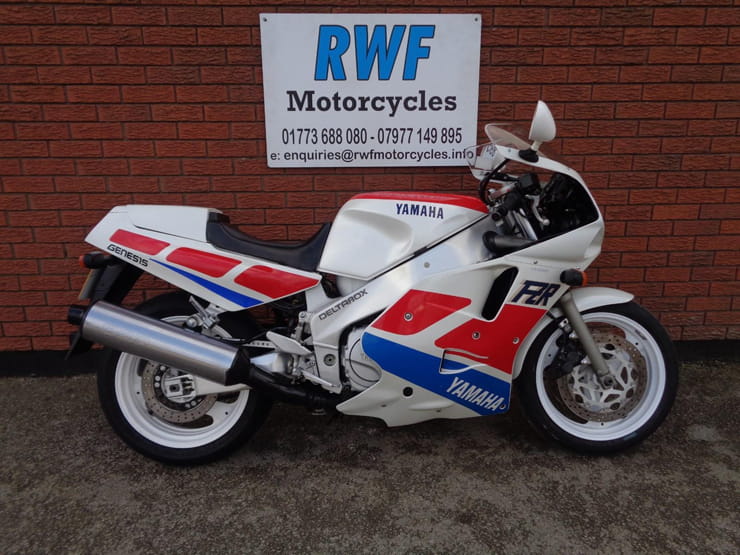 1989 was a good year for sporty biking. Kawasaki’s GPX750 caterpillar emerged from its chrysalis as the fully-formed ultra-aggressive and hard-as-nails ZXR750. They also launched the almost-as-aggressive, hard-as-nails 250cc two stroke KR-1. Suzuki gave us the GSX-R1100K – a modern update on the ‘too much power, not enough tyres’ concept that we thought the Japanese had forgotten and Yamaha gave us a trio of belters.

First up was the limited edition FZR750R OW01 – a race-ready superbike that was road legal, but only just rideable and cost almost twice as much as the ZXR750. Then there was the FZR600 – a proper headbanger’s sports bike for the masses. And the FZR1000R – a serious update of 1987’s FZR1000 that pretty much set the formula for sports bikes still being followed today. 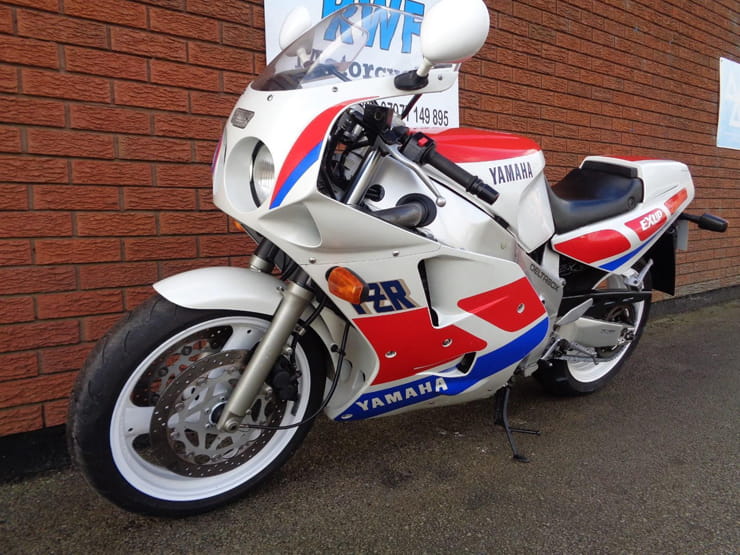 The new FZR1000R took Yamaha’s ‘Genesis’ concept one step further with a sculpted, alloy frame that looked just like the GP bike and Suzuka racers. The five-valve-per-cylinder, 1002cc motor gained a few more bhp, but more importantly a whole load more flexibility through some serious engine tuning and a gizmo called EXUP that turned the bike’s exhaust system into both a race pipe and a road pipe in just one unit.

EXUP or Exhaust Ultimate Powervalve, was a sort-of four-stroke version of the YPVS system Yamaha had used in their two strokes for a while. The valve in the exhaust stayed shut at low revs, increasing back pressure and boosting power. At higher revs a servo motor opened the valve, turning the exhaust into a free-flowing race pipe, allowing impressive peak power figures from an engine with strong midrange too.

In standard, unrestricted trim the new FZR made around 130bhp at the crank and 125bhp at the back wheel. For some European markets (including the UK) Yamaha restricted the output by fitting (easily removed) rubber webs across the carb manifolds. We got a 125bhp version, while France and Germany got 100bhp and poor old Swiss riders got just 70bhp. Thankfully, all it needed was a Stanley knife and half a day to get the tank, airbox and carbs off and on again. 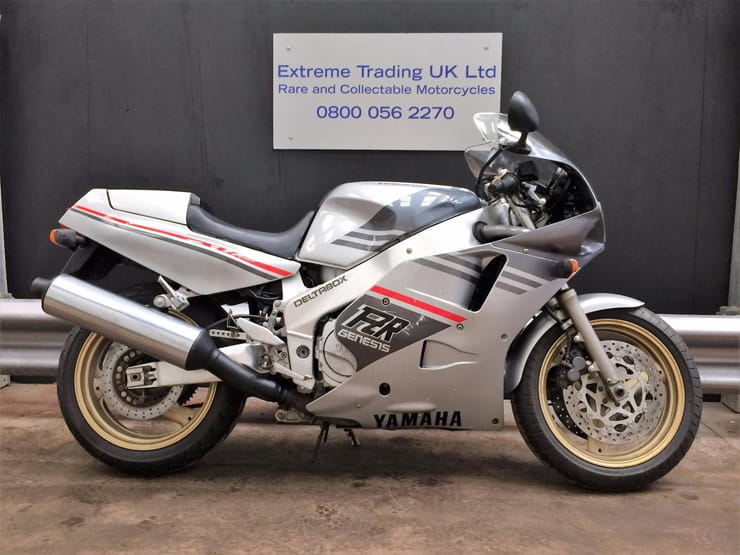 Today, an FZR feels low-slung and tail heavy, but that was how bikes were backthen. A seat height of 763mm was about normal for a sports bike of the time. Kawasaki’s ZXR750 sat 760mm tall, Suzuki’s GSX-R750 was 780mm and even Honda’s ‘not-exactly’shabby’ RC30 was 785mm. Interestingly, the GSX-R1100K’s seat height was 50mm higher than the FZR and similar to a modern sports bike. And yet, the Yamaha ran rings around the Suzuki according to the superheroes of superfastperformancebike magazine, mostly because the GSX-R was running geometry and suspension designed for tyres that hadn’t been invented yet.

By the time most of us could afford one a few years later, the GSX-R’s handling reputation was shot to pieces and most of the FZRs had been stolen and recovered or were sitting even lower at the back as the not-quite-quality-enough rear shock gave up the ghost after a single summer (along with the front brake discs and clutch plates). 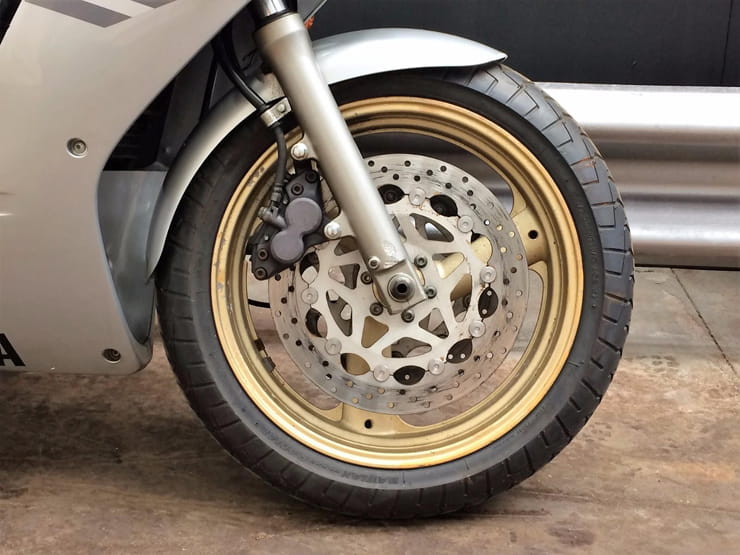 This lack-of build quality meant that almost all of us who owned one never got to experience the FZR’s true genius when new, which is why, 29 years on, they don’t have the collectible value of the GSX-R which actually got less terrifying and dangerous as tyre technology caught up with the chassis.

The ultimate irony was that sports bikes evolved to be more like the GSX-R (in attitude and suspension complexity at least) than the FZR in many ways. The Suzuki had plenty of power, in a more peaky engine, delivered through a short, sharp chassis on first-generation radial tyres that were a long way from good enough. I rode a well-looked after GSX-R1100K a few years back on modern tyres and it handled well for an old bike. In comparison an FZR1000R these days feels long, low and difficult to steer. 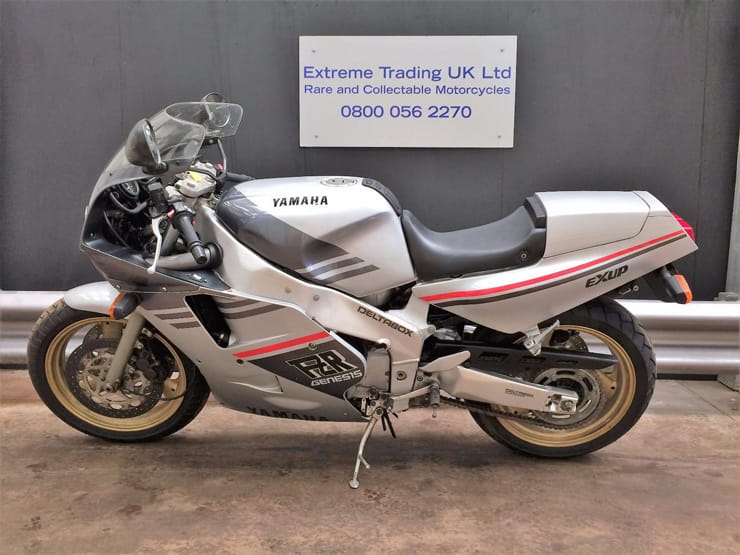 It doesn’t take too much to sort the Yamaha out – a decent replacement shock, fresh fork oil, modern rubber and a brake overhaul can turn a £1500 hound into a £2000 hound-that-handles. Thing is, you can still buy a mid-90s FireBlade for the same money which runs rings around the FZR.

Dealers are starting to ask speculative prices for early EXUPs, but most of the later models are still bumping along the bottom like the stop-gap Thunderace that replaced it. Don’t forget that many of those 1989-91 bikes were stolen and recovered (the FZR-EXUP almost single-handedly caused an insurance crisis in 1991) and be wary of anything with race-replica paint and a polished frame (because you have to strip the whole bike to polish a frame and why would you do that unless you had to?) If you really must, then make sure they didn’t accidentally polish out the original frame number at the same time. 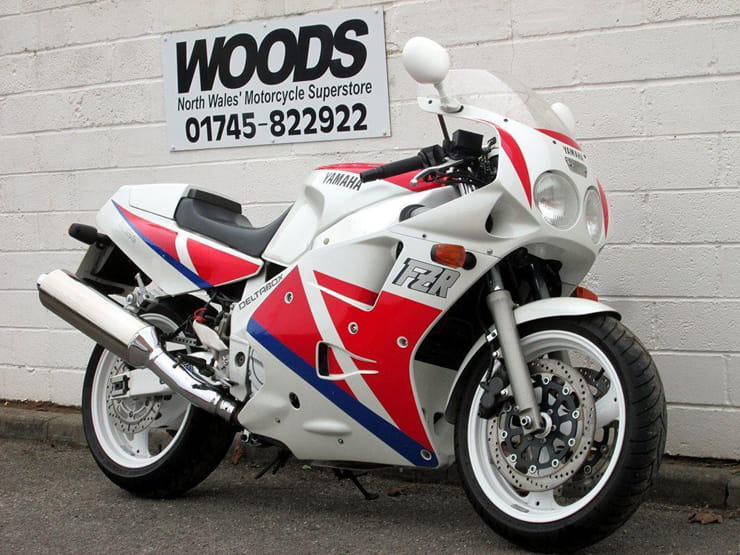 It’ll be a while before the FZR becomes a proper classic and that’s a shame because it genuinely is a landmark motorcycle – the bike that set the blueprint for pretty much every sportster that followed. So buy because you must have one and not as investment. Expect to find a seized EXUP valve, knackered suspension, warped front brake discs, an engine burning a bit of oil and a service history that stopped at 20,000 miles (because the next one was the biggie where the valve clearances – all 20 of them – needed adjusting).

Most parts are still available and used spares are plentiful, but pretty much anyone who did make a decent race shock or exhaust for an FZR stopped making them a long time ago.

When new the FZR wore a 130-width front tyre and 170-section rear, on 17-inch diameter rims. You’ll struggle to find many tyres in these sizes now, but the bike handles fine on the more common 120 and 180 sizes. 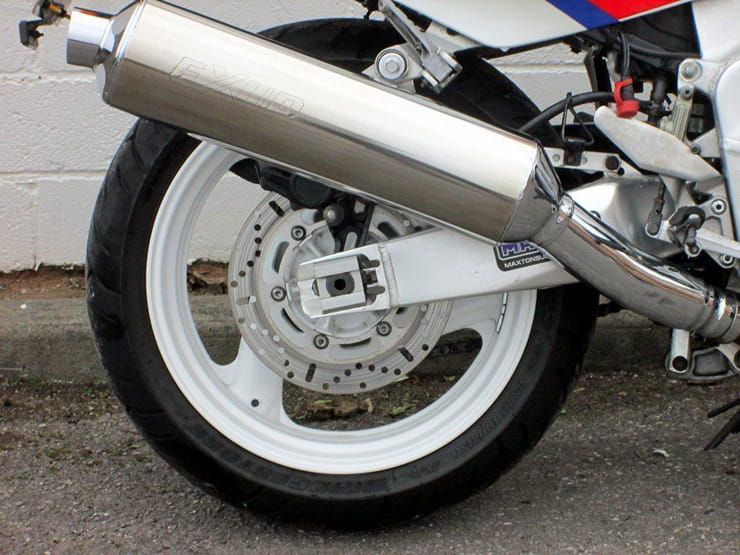 There’s no denying the brilliance, quality and performance of a new bike, but nothing stirs the soul quite like a ride on a classic, vintage or modern classic machine. And that's why we've launched this amazing competition for classic owners to enter.

Get a quote for your classic bike before the end of the year and you'll be entered into a draw to win this fantastic classic 1995 Ducati 916BP; arguably THE bike of the 1990s.