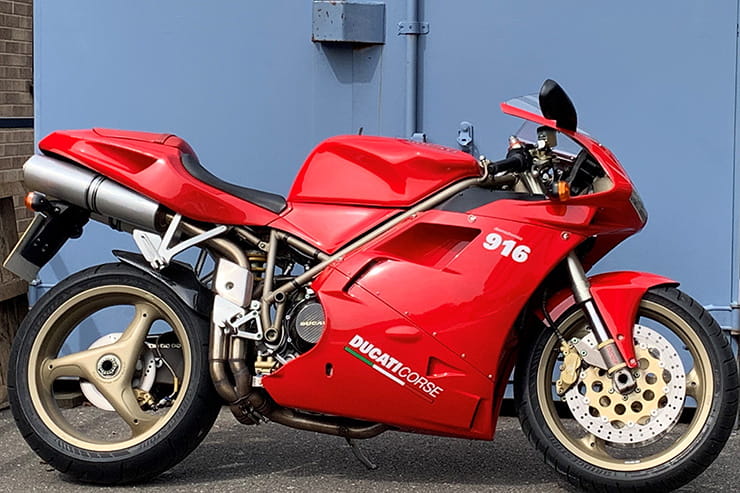 It looked beautiful in 1994 and it still looks beautiful today. A masterpiece

I’m not going to prattle on about the history of Ducati’s 916. You know it won more WSB titles than any other bike, you know it was the crowning glory of designer Massimo Tamburini’s brilliant career and you know the tales about it being temperamental and unreliable.

Before yesterday I hadn’t ridden a 916 since 2007. Today, I’ve been scanning the classifieds, absolutely intent on buying one…or maybe more.

I’d forgotten how tiny it feels – no bigger (or at least no more bulky) than a two stroke 250. Slightly taller perhaps, slightly heavier too (but it hides the weight well) and it feels a world apart from the 851/888 series that came before it even if, under the skin, the changes were surprisingly small. Honda’s VTR1000, Suzuki’s TL series or even Aprilia’s enormous-feeling RSV1000 took turns at beating the 916 at horsepower, speed, comfort, reliability and value-for-money, but none of them will ever be a genuine grade-one classic. 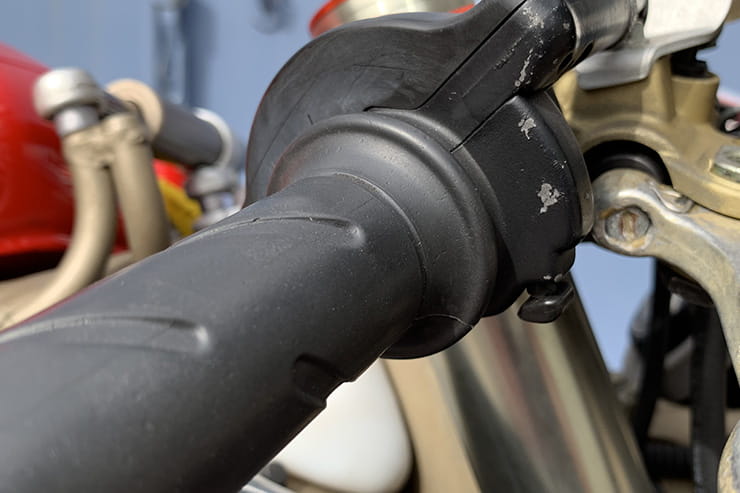 At just under six foot I’m a touch too tall for the 916 and I’d forgotten how wrist-heavy the riding position is. Add in the heavy, snatchy clutch plus the intense exhaust heat roasting your thighs and the few miles through town to your favourite back roads will remind you why no one rides sports bikes anymore.

But once you get there – that moment when you tuck in and open the butterflies on a fuel-injection system that was light years ahead of the Japanese – it all comes flooding back. In a world of 170bhp adventure bikes, the 916’s modest 100bhp sounds a bit limp. Trust me, it isn’t. Where others are overwhelming, the Ducati is confident. Where others need electronic restriction and sophisticated control, the 916 just drives like the perfect analogue sportsbike that it is. On modern tyres a 916 finds traction in ways that ordinary riders don’t usually experience. Even now, after all these years of sportsbike development there’s a confidence and almost supernatural magic to the way this bike – a quarter of a century old - can attack a turn, asking questions of its front end that no bike this old should be able to answer. Tuck-in, tune-in, throw it on its ear. You’ll never touch the pegs down on the road and you’ll never get tired of the direct connection between right hand and the seemingly perfect amount of traction delivered. It’s like an RC30...times two. If you’re on a twisty road, in second, third or fourth gear between 5000-9000rpm this bike can still feel like everything you ever wanted in a motorcycle. Simple, emotional, visceral. 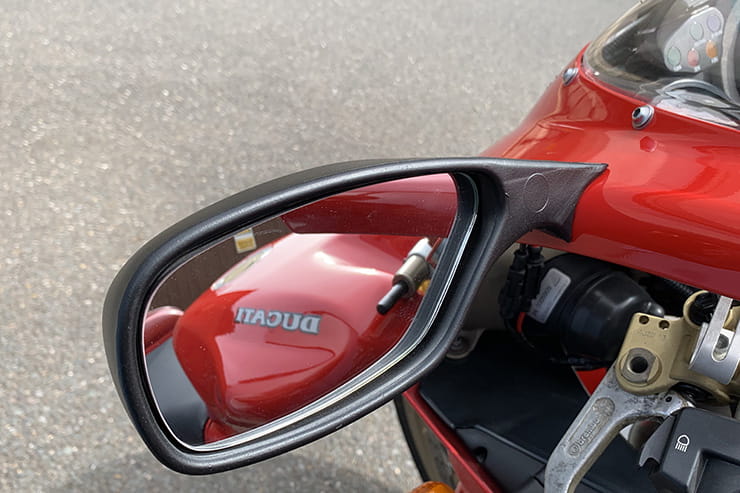 Mirrors don’t move, but anti-shear tangs stop them breaking the fairing in a tumble

And when you park up, take a few steps forward and look at it, you still get ‘that feeling’. The lines are perfect, the detailing is exquisite, the minimalistic approach to building a motorcycle is a lesson to every other bike built after it. Plenty of great bikes do function or form, but few do both as well as this one. Ironically, the only thing that hasn’t aged well is the underseat exhaust – a victim of too many badly done copycats, both official and aftermarket.

Obviously, at some point you’ll remove the scarlet-tinted spectacles and understand that there are dozens of bikes built in the intervening 25 years that will be faster, better handling, easier to ride, easier to live with, more reliable and cheaper than a Ducati 916. We’re nostalgic, not stupid, which is why we’ve resisted buying a 916 for all these years, even when they were selling for £3000. But things are different now. The world has woken up to modern classics and, in a market where Honda RC30s and RC45s cost £25k+ where Yamaha OW01s and YZF-R7s cost £15k and £25k respectively, there is an enormous hole where the 916 should sit and prices are going up…fast. 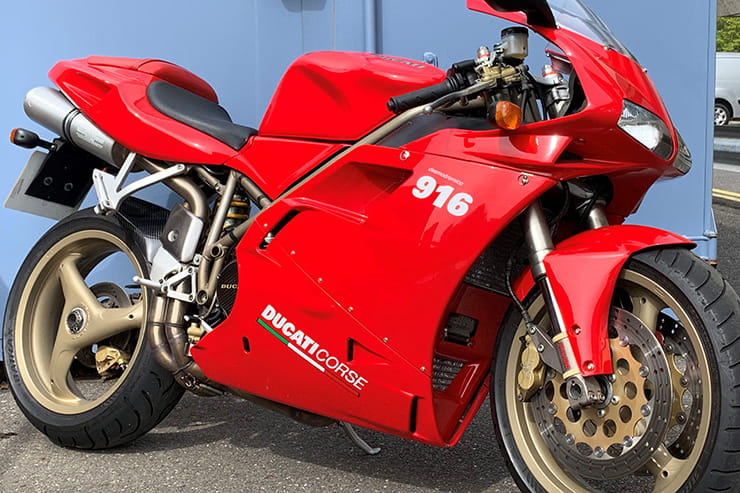 It won more WSB races than the Honda RC30, RC45 and Yamaha OW01 put together, but can be bought for half their price or less

There’s a weird logic working here. It’s the same one that always drives classic prices. Bike gets old, bike gets cheap and cheap bike gets bought as a hack. In the old days that was the point where they were turned into choppers, streetfighters or café racers, but recently you can chuck in ‘cheap-trackday-hack’ or club racer into that list. Fifteen years ago cheap 916s were all over UK trackdays being thrashed, crashed, kicked straight (the beauty of a trellis frame) and rebuilt. By 2010 if you wanted to buy a decent original Ducati 916 you’d have to look hard and pay good money. So prices for those good ones started going up.

At this point the track day crowd saw the prices increasing and realised that converting their bikes back to standard road spec and a daft price on ebay was worth a punt. Before long, a few of them sold and that daft price became the going rate. And because prices are going up, the speculators move in. Prices plateau when supply exceeds demand, but then takes off again. 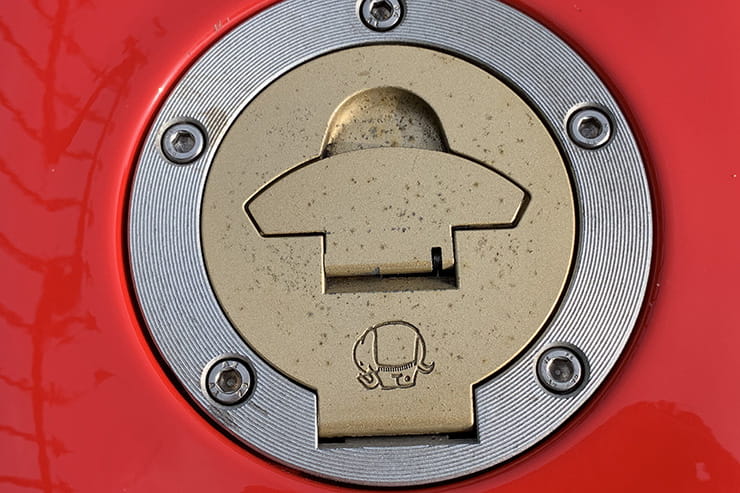 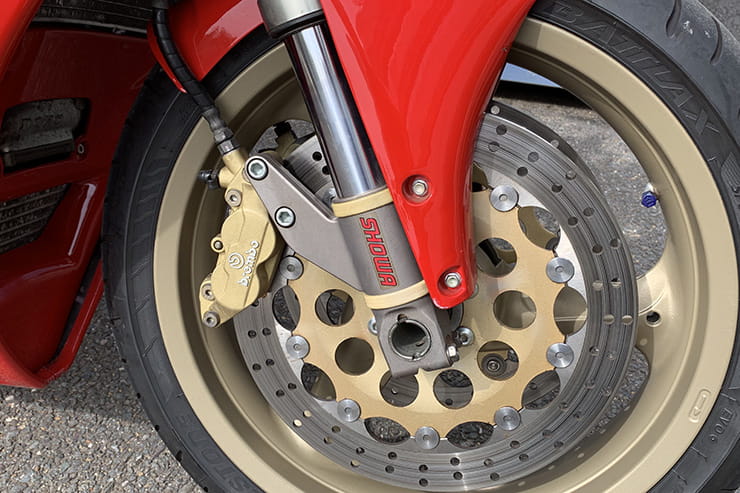 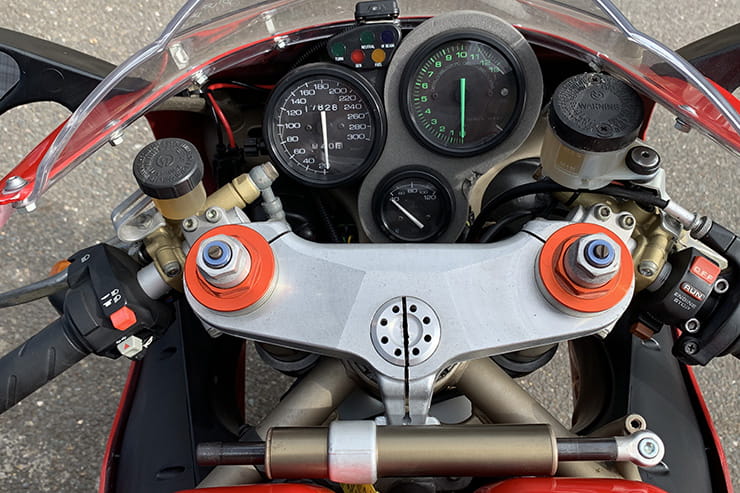 Thing is, there’s a point where many of those track hacks have been back on the road for long enough for the serious problems and major damage to have been repaired or replaced properly. Which means if you know what you’re looking for and patient enough to hang on for the right bike, you can get a genuine bargain that’s had the hard restoration work done and is about to go up in price.

Ducati 916s used to have a terrible reputation for reliability, but plenty of specialists have worked out how to fix the problems. Spares are still relatively easy to come by and used parts are plentiful.

Back in 2007, the magazine I was running decided to investigate the reliability myths. We bought the cheapest bike on the market (£3000), from the bargain basement of a dealer who didn’t sell Ducatis. Sold-as-seen in the most naïve fashion. It was a 25,000-mile bike with no service history and just to make it even more dumb, we didn’t do an HPI check either. How bad could it be?

Apart from the aftermarket fibreglass bellypan and front end off a later 998 model, the answer turned out to be ‘not too bad’. Most of the essential modifications had been done, the frame was straight, engine good and there were no real horrors. We spent a few quid having a Ducati specialist take it to bits, check everything and service it and then we rode it for a summer (including a 2500-mile trip to Misano and back). 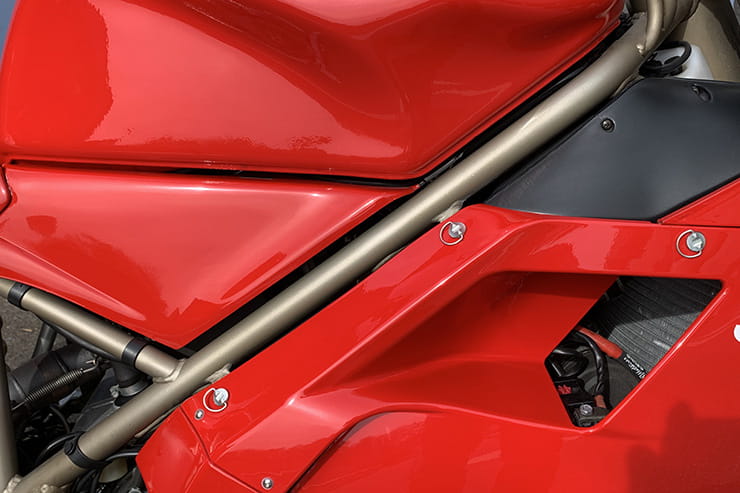 These days you’ll pay £6000 for any half decent 916. Make sure you check the following 11 things at the very least

Not that it stops the owners of 996, 998, 999 and even 1098 models advertising their bikes for silly money, applying the classic tag. Buy it because you want one, by all means, and a 996 or 998 is a considerably faster and more reliable bike to ride than a 916. Just don’t buy the bigger ones (unless it’s an SP or SPS model) as an investment. 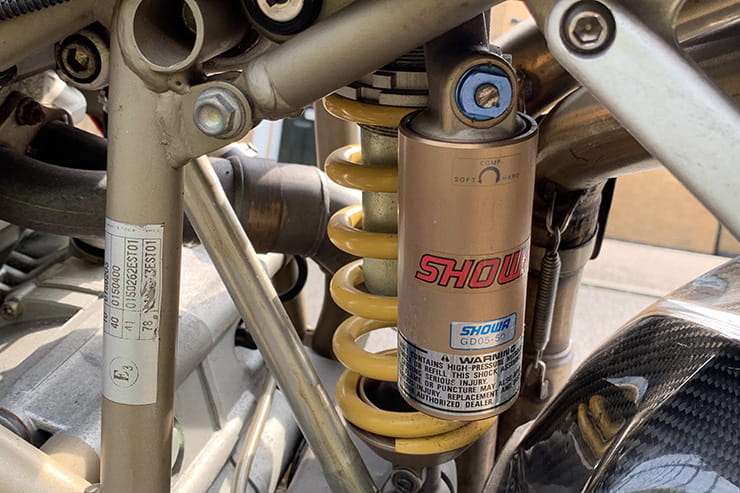 One way to still find a tidy 916 for decent money is to look at the Japanese import specialists. Ducatis are still reasonably priced in Japan and the bikes tend to be lower mileage and in much more original condition. The example in our photos was imported by Fastline Superbikes in Preston. It’s an early 1995 dual-seat Biposto model. One of the first, showing just 11,000 miles, almost totally original and just sold for £6999 including a full service, new belts, battery and tyres. It goes like a nicely run-in, spot-on example. The suspension still works properly, the brakes are excellent and there’s no sign of any damage. 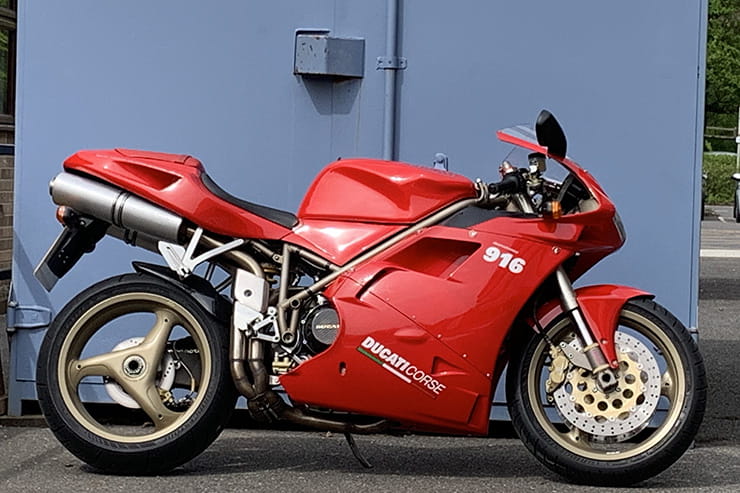 If you can find one as good as this for less than £10k, buy it now. Prices are rising…fast