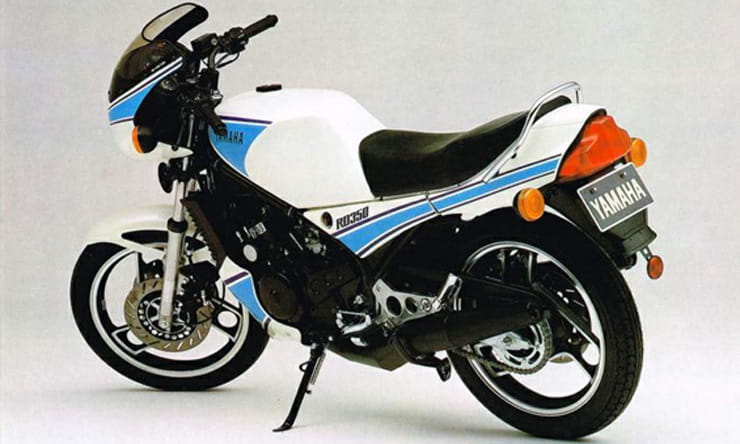 Yamaha’s original LC was a small capacity ‘dream’ bike that had a generation of unemployed YTS teenagers gagging to own one. It was always going to become a classic even if we didn’t realise (or care) back then. Early LC history is a bit like seeing the Sex Pistols live; everyone claims they were there, but only a few rich kids actually were. When launched in 1979 the RD250LC cost an awful lot more than the competition. Most new riders of the time (leaving school straight into the biggest recession the UK had seen for decades) were lucky if they had the money to buy an MZ, CZ or old BSA C15, never mind Yamaha’s race-bred rocketship. Aside from a handful of racers and diehards prepared to live on raw potatoes, for most of us LC ownership came five years later, when the second generation YPVS model dropped prices of a well-used original to just a few hundred quid.

And for us, the experience was even more spectacular because nothing else at that price offered anything like the performance of an early LC.

By the time the second-generation LC was launched in 1983, Britain was learning on a 125 and the RD (now only brought into the UK as a 350cc) was our first big bike, when we had an actual job. It’s a different emotion, which is why the YPVS doesn’t share the same classic status as the original despite being a much better bike.

Faster, easier to ride and much better handling, but still fun too. Just like it was in the late-80s when we bought our first one. Typically they were a couple of years old, tuned and modified, almost certainly an ex-racer, but still a cheap bike for chasing the bigger boys on their heavy, old bigger bikes. 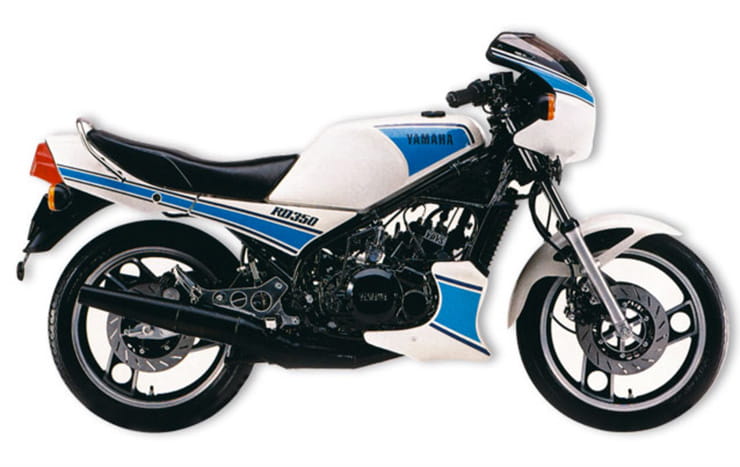 It didn’t matter if Kevin’s CB750F1 had the full Jock Kerr big bore kit and Alfa 4-into-1, S&B filters…whatever. He was carrying 100kg excess steel in a wobbly 1970s chassis with dodgy brakes, clenched-everything and the biggest flat spot this side of East Anglia. I remember being one of those ‘biggest-is-best’ riders and being humbled on every ride by a couple of mates on fast LCs. A two year-old YPVS could brake impossibly late, turn on a fivepence and, thanks to the Powervalve system’s broad spread of power, it could accelerate strongly enough to leave me and Kev on our overpowered dinosaurs in a haze of Shell 2TX.

Rose-tinted man-talk makes much of the original LC’s powerband, but the YPVS was a far better engine. Yamaha’s simple exhaust valve allowed midrange and top end power from a small two-stroke motor. A claimed 60bhp was more than Kevin’s 750 actually made anyway, but an all-up weight of just 145kg was a whole pillion-weight less.

When Yamaha added the fully-faired F-version, the LC became a genuine all-rounder, capable of scratching, touring and commuting. Surprisingly comfortable and easy to ride fast or slow. You could get 40mpg and carry a passenger too. Reliability was good on untuned bikes – the biggest issues were a minor problem with the rear shock absorber preload adjustment that used a small rubber band that stopped working when the adjuster seized.

The one you buy now will have a lot more problems. Old two strokes are a money pit, your decision is whether you want something to ride or a project. 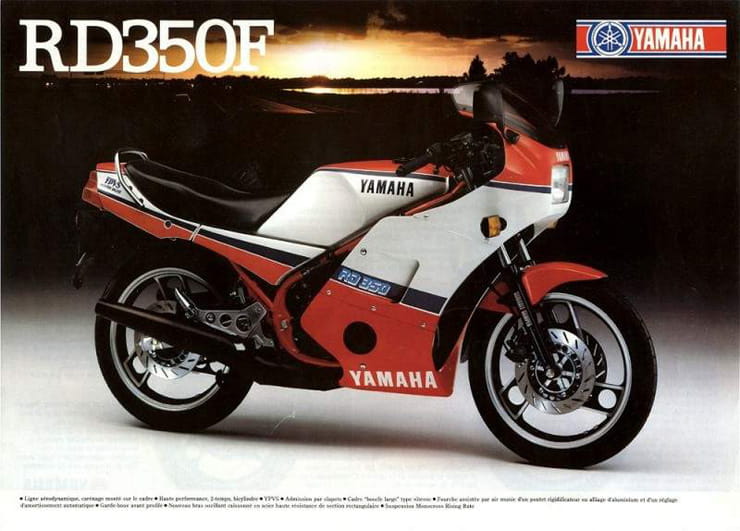 The truth is that both are the same thing, it’s just you don’t know the first one is a project till you get it home. Most restorations, no matter how thorough will need work because, at the very least you’ll spend the first three months replacing all the parts that drop off.  This happens because when the bike was stripped and rebuilt you and me are incapable of tightening up the exhaust bolts, airbox rubbers, electrics, number plate and a hundred other things that ‘aren’t the most important parts, but still need fastening properly’ like the factory did in 1984. It’s not called a ‘shakedown’ for nothing.

Buying a well-restored bike is cheaper in the long run, even after you’ve spent six months finishing it off because everyone underestimates the costs of rebuilding an old bike. Usually by a factor of about five.

The left-field alternative is to buy a complete running project and spend your cash purely on the engine, suspension and chassis, ignoring the cosmetics completely. That way you avoid the idiots claiming the fuel tank they have for sale is ‘the last red and white one in the UK’.

Don’t forget also, to try the long-running dealers. A few years back some chancer on eBay was selling the cable ties for early LCs that went around the handlebars for £15 each. You could still buy the original Yamaha part at a main dealer in Yorkshire for under a pound.

Is it worth it? The simple answer is ‘yes, of course.’ Even after you’ve paid £5000 for your immaculate, as-new 1985 RD350F, you’ll have a bike that is so different to modern bikes, but still fast, thrilling and capable enough to keep up, without the excess weight of thirty years emissions requirements or unnecessary tech. And the view of the clocks, sound from the pipes and smell of the burning semi-synthetic oil will make any ideas that adventure bikes might be the future seem as dim as they really are.