How to buy a classic bike at auction 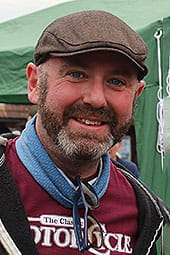 James Robinson is the editor of The Classic MotorCycle magazine, a monthly publication specialising in machines from the dawn of motorcycling through to the 1970s and occasionally beyond. Visit www.classicmagazines.co.uk for more information. 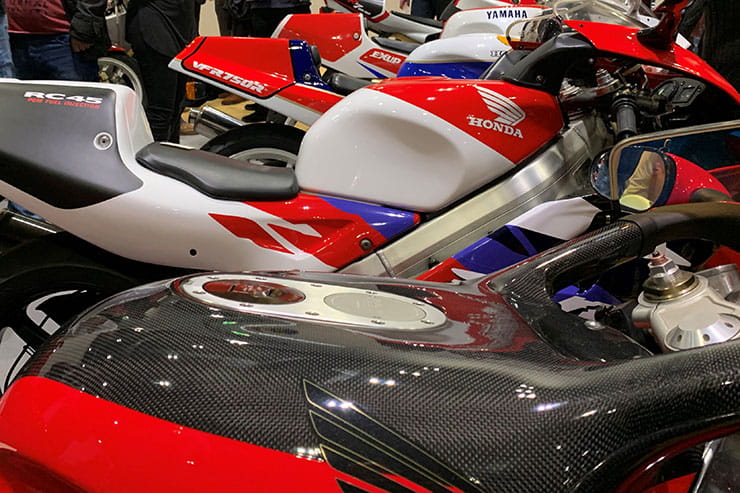 Old motorcycles get sold at specialist auctions for a variety of reasons. Sometimes it’s because it’s a grade-A ultra-rare classic or famous race bike that only comes up for sale rarely and the smart way for a seller to get the biggest audience and most money is in a prestige auction at one of the major auction houses. Other times it can be because a collector passes away, the family inherits the bike(s) and selling the lot in an auction is the most convenient, hassle-free and confident way to sell. And, of course, there are dozens of other reasons in between.

Buying a classic at auction isn’t necessarily the best way to buy a spotless, perfectly running bike with full-service history and fresh MoT that’s ready to roll. Bikes are sold-as-seen and although the auctioneers will try and get as much information as possible from the seller, sometimes there’s not a lot to go on.

And, in the weird world of classic bike buying, a non-running, slightly tatty bike can be worth more to collectors than a beautifully restored example. Ben Walker, head of motorcycles at Bonhams says, “Some collectors enjoy the process of fettling, others have their preferred specialist restorers that they like to use and for some, originality and patina add extra value. Plus, as strange as it seems, not all collectors are buying their bikes to ride.” 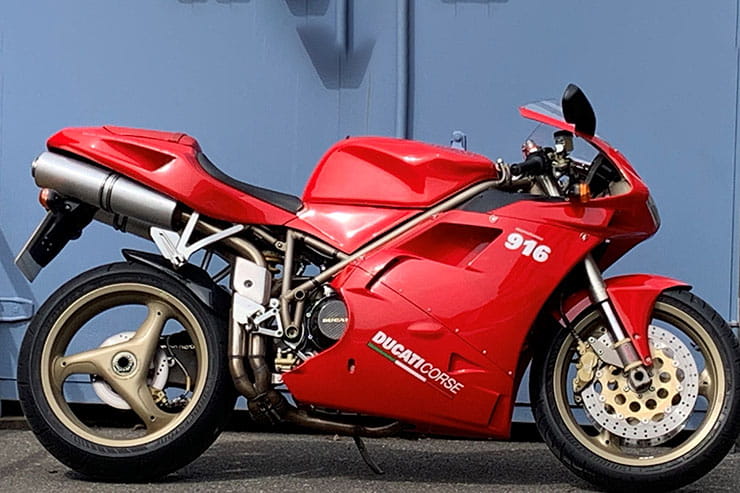 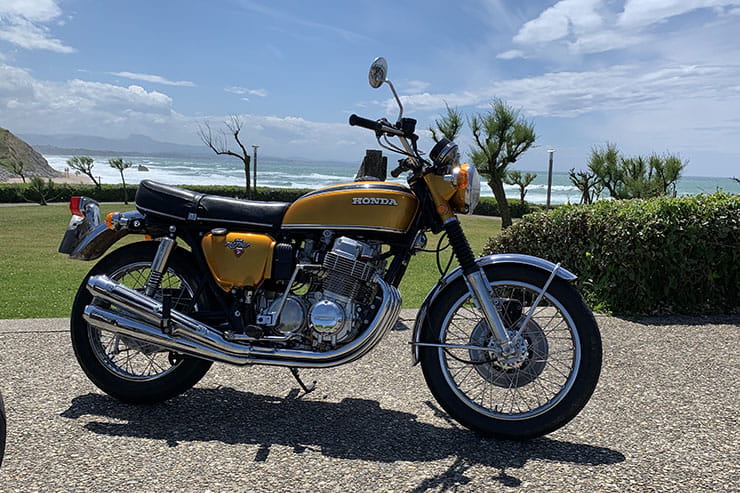 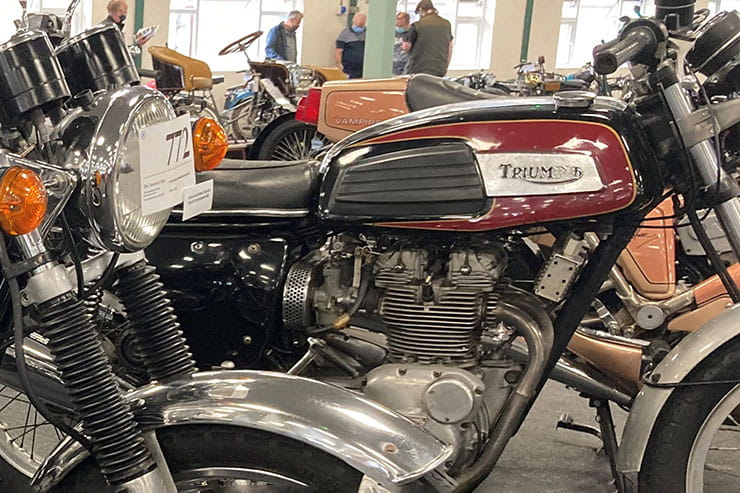 Set a price limit and stick to it

“Auction fever affects us all,” says James. “A friend of mine always writes three different figures; what she’d ‘like’ something to cost, what she’s prepared to bid, and what she could afford if it comes to it. But she rarely – if ever – strays beyond the second figure.”

When setting your own figures make sure you’ve allowed for the auctioneers' fees, VAT (if applicable) and the costs of transporting the bike home. If you’re buying a historic race bike for a six-figure sum, this is a lot of money. But even buying a run-of-the-mill 1960s British classic, you can easily end up paying more than it would have cost you from your local classic dealer.

Be realistic in your classic bike auction valuation

Before you enter the sale room, you should have a good idea of what the bike is worth. Looking at previous sale results and thinking ‘I’d have bought it for that’ is pointless. You wouldn’t and couldn’t have, because someone else bid that. So you’d have had to bid at least one more bid, and who knows where that would have taken you? Equally, don’t assume the catalogue guide price is the reserve. It could be, but most auction houses put a guide price at the very bottom end of expectations because they want to encourage as many potential buyers as possible into the auction and to bid on the item. 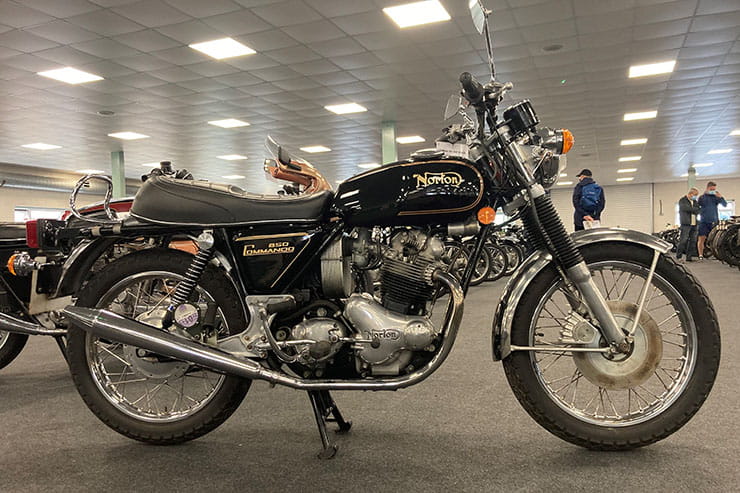 This 1974 Norton Commando was previously owned by legendary rock star Keith Emerson. The paperwork proves it and added a significant amount to the price paid

The oldest joke in classic bike trading is ‘BSA only made five of these and I’ve got all six of them in my garage.’ Many old bikes have had many of their parts replaced over the years. Sometimes it’s wear and tear, others because motorcyclists like to modify and, in the case of old race bikes because they get crashed, blown-up and rebuilt so often. If all six frames from a famous racer’s GP bike get restored and rebuilt using sets of crankcases also from the same team in the same season and are then furnished with restored bodywork from other bikes, it doesn’t take long before six separate people are claiming to own the championship winning bike from that particular season.

If you’re paying top-dollar for a unique and prized race bike, you need to be sure it’s actually unique and original. The best auction houses do their homework and only claim what they can prove. If the proof doesn’t exist (‘You’ll be surprised how often a collector passes away without the family being aware of the importance of paperwork relating to valuable bikes’ says Ben of Bonhams), the value of a bike can be seriously impacted.

Back in the real world of road bikes, if you are new to classic bikes, you’ll be interested to hear that not all bikes wear their original registration number. The machine might have been imported much later from other countries (huge numbers of British classics have been re-imported from the USA for example) and given an age-related reg-number. Original registration numbers and matching, original engine and frame numbers have long been prized, but on some bikes, things like gearbox numbers (many older bikes have separate gearboxes), for example, are considered too. 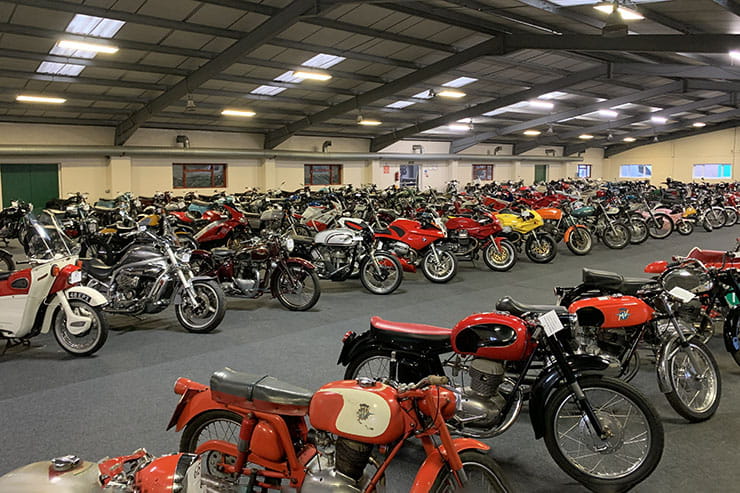 At a big auction like the Bonhams Stafford Show sale, the bikes are lined up and other parts of the lot are usually viewed separately

Check what else is included in the lot

There may well be more bits and pieces along with the bike. Often, a motorcycle – in particular, an old motorcycle from a collection – will have spares and accessories with it. Or, even better, the original fitment parts that were taken off when the owner modified it. These parts are all worth money and, even the period modified parts you might swap back with the originals will be hard to find now. In the classic world (especially the older veteran and vintage bikes) pretty much everything is worth money.

Ben Walker from Bonhams says that when he goes to value a bike or a collection, he always asks what else there is and, if the sale is part of a inheritance sale, he asks if he can look around the garage or the office if the deceased had one. This is often where you find the treasure trove of spare parts, paperwork, manuals and more, which are all worth money to the seller while increasing the desirability to buyers.

Act quickly when the auction is over

Be aware that sale rooms attract light-fingered opportunists. At a recent major classic bike auction a Vincent lost its carburettor top, while one buyer bought a gearbox and a couple of sprockets, to find that, on collection, one of the sprockets had ‘disappeared.’ Collect your purchases as quickly as you can. 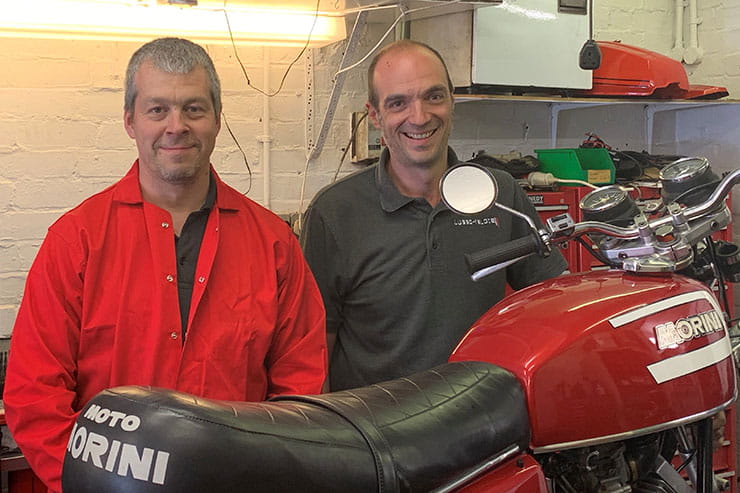 One of these men is a leading UK classic bike dealer, the other is a mechanic. In the wild, they can be hard to tell apart. Both are lovely people, but in an auction, they are your rivals.

Know who you are bidding against

If you are bidding against a dealer, you will always (well, nearly always) win, as he or she is looking at paying a figure where there’s still a profit margin to be had. Given that auction prices reflect the perceived value of the bike in the room, plus the auctioneers' fees, plus VAT, the hammer price needs to be pretty low for a dealer to be interested (unless it’s a particularly collectible machine and the dealer already has a client waiting for it).

So, if you want the bike for yourself, a dealer can usually be outbid. How do you recognise a dealer? Sometimes it’s obvious – they’ll be wearing branded clothing or something similar. If not, then you can get a good idea of the people in the room by watching the auction from the back of the room. Private buyers and collectors will mostly be bidding on one or maybe two items, but dealers are likely to be bidding on multiple lots. Dealers will generally back away when the price reaches a certain level so, anyone bidding on lots of items, but winning few is likely to be in the trade. 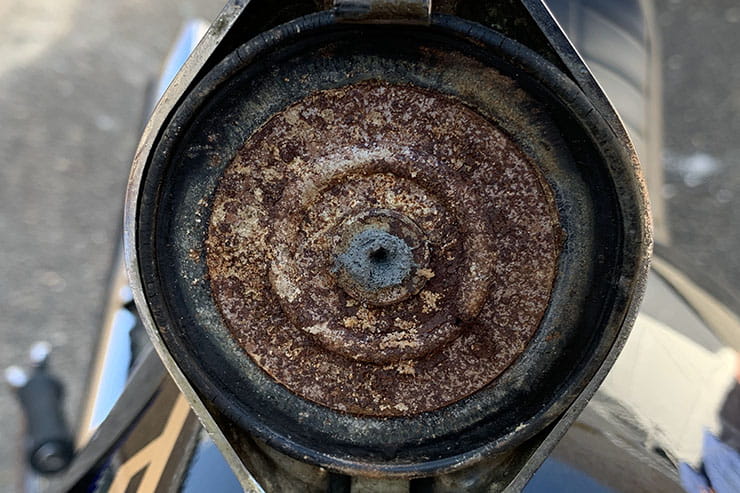 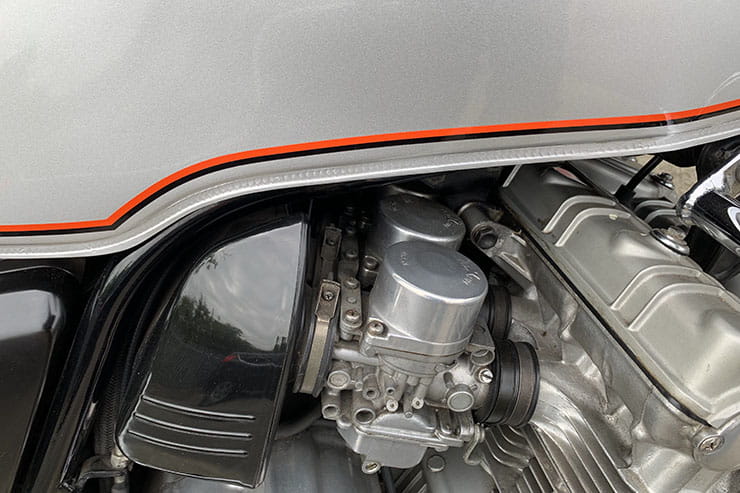 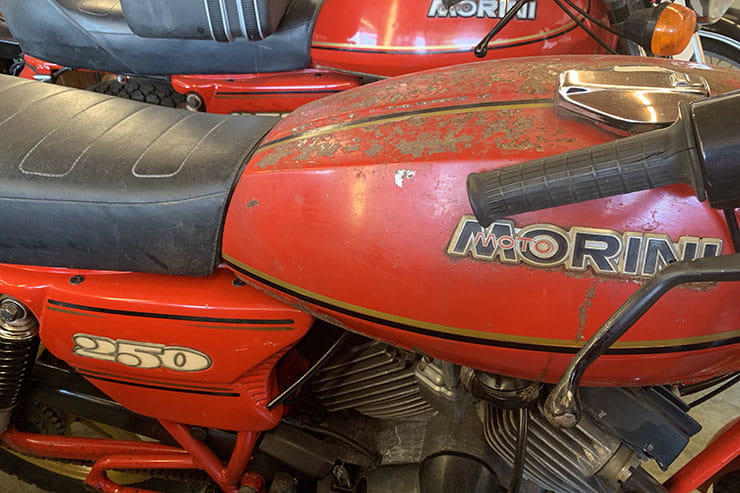 Spotting the rusty tank is easy, but six-gummed-up CV carbs and 45 years of multiple owner ‘improvements’ take a bit more investigation. Give yourself time and set your valuation accordingly.

Check the bike carefully and factor-in the additional costs

Auction bikes are sold-as-seen. At classic auctions it’s unlikely you’ll see them running or being ridden into the hall. The catalogue will give an indication of condition, but it’s up to you to check. Buying a relatively common bike at a classic auction is a good way of spending too much money on a bike needing too much unseen work. Taking a mate along to double-check is a very good idea, as is ticking items off a checklist.

A damaged or badly rusted petrol tank may cost a fortune to refinish – a machine with good paintwork can represent a bargain as even if other work is needed. A good paint job is a big expense saved. 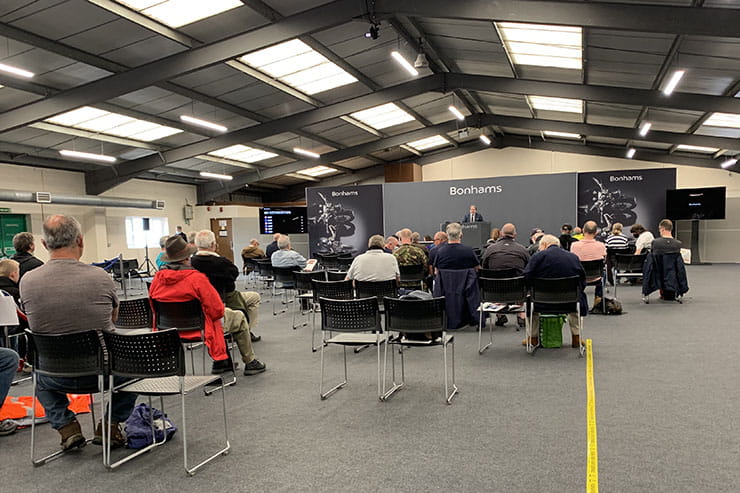 Forget ‘Bargain Hunt', the big classic bike auctions are very civilised with many overseas bidders on the phone or online.

The auction house staff will be around before the auction to answer questions. Say hello, be friendly, take the opportunity to make use of their expertise. It’s their job to get the best price for each bike but also to ensure all potential buyers get a chance. Once you’re a familiar and trusted face, then often you’ll be looked for in the crowd, and if there’s two of you trying to place the same bid at the same time, the final nod might come your way.