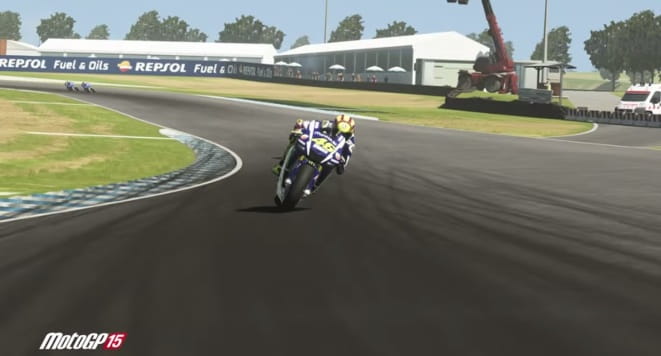 MotoGP is more than a race series, it’s a brand. And like any sports brand worth its salt, MotoGP has long featured annual video game, featuring all the current riders, tracks and bike liveries.

The licence has again been handed to Italian company Milestone. They’re real specialists in two-wheeled simulators, being responsible for the 2013 and 2014 versions of the MotoGP game as well as all the Superbike World Championship games from 1999 onwards.

Check out the official launch trailer:

This year Milestone also branched out on their own with the launch of Ride, an entertaining-but-flawed street bike based racing game, and much of the MotoGP 15 game’s engine is shared with Ride, which isn’t a bad thing.

Like most racing games, MotoGP 15 is as easy or hard as you want it to be. Set everything to its easiest level and it feels unengaging as win races by half a lap. Set everything to the hardest setting and you’ll be rolling through the virtual gravel at the slightest sniff of the throttle.

For me, the first night playing the game was spent finding the settings that I wanted, adjusting the controls and just understanding the game. Once I’d got over that, I was really able to start enjoying the game.

There are several ways to enjoy the game. You can either head out for a quick race, or you can create a character and go through the career mode, picking up better rides along the way as you move from Moto3 to Moto2 and finally the MotoGP class. You can play full race weekends or set it to three lap sprints. Rider assists dull the physics of the virtual bike but make it much easier. There’s also a rewind function to effectively undo any crashes and mistakes. I bet the real MotoGP riders wish that one existed in real life.

The harder the game is, the more realistic it becomes. It’s pretty tough, this MotoGP business. On an easy setting, you’ll be winning championships on Mahindras and ARTs. At the top level, you’ll need to have a factory contract with the big two to be crowned champion. It can take a bit to get going, but the more you play, the more you appreciate the features on the game. 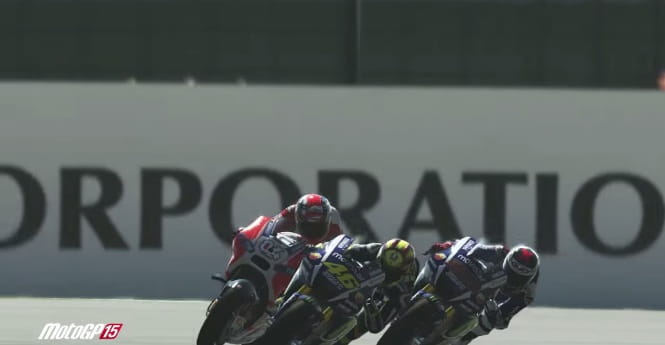 Some nice touches are the classic two-stroke bikes and riders, and the various ‘scenarios’ that keep the game fresh, even if they are not hugely realistic. As you’d expect, the facility also exists to compete against fellow racers online.

For Brit fans, one downside is that our own Cal Crutchlow, Scott Redding and Bradley Smith are all ‘locked’ characters, meaning that you can’t just pick up the game and enjoy a quick race as your favourite rider. You’ll have to play the game for a long time before getting them too.

Motorcycling is still a niche business and bike games are unlikely to sell in the vast numbers enjoyed by car franchises such as Gran Turismo and Forza Motorsport. As such, you do feel that MotoGP 15 is a significantly lower budget production than those lavished on the best four-wheeled simulators. It’s a little buggy and you can definitely see some of various game assets being reused throughout.

In conclusion, it’ll be hard for bike fans not to enjoy MotoGP15. Of course, the sensation is nothing like that of riding for real, but it’s entertaining and once you find the level you want to play at it can be very engaging, as I found out when many a ‘quick session’ turned into an all-nighter. 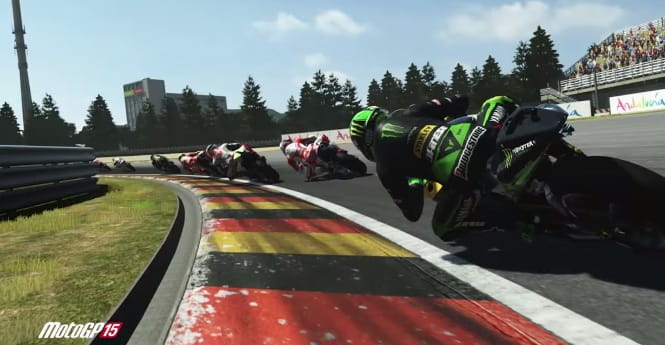 We tested the game on Xbox 360 and Xbox One, but it’s also out on PC, Sony Playstation 3 and Playstation 4.Whether it is worth upgrading from earlier versions is a personal matter but if you’re looking to get a bike racing game for your console, it’s almost certainly the best out there.

And yes, the Bike Social logo does appear on Scott Redding's helmet.

Have you played it? What did you think?  or !