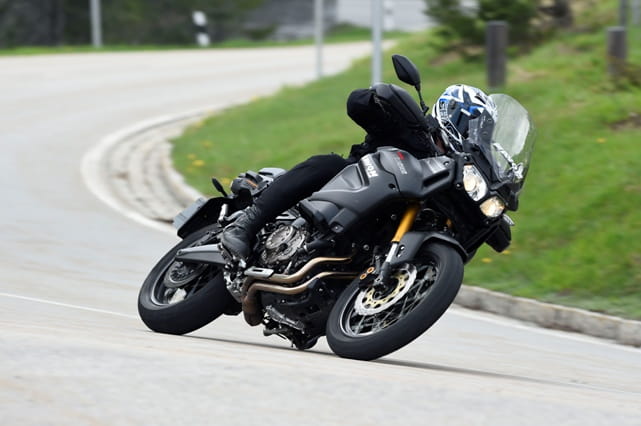 Avon’s new TrailRider has a tough job in life: to satisfy the Adventure bike market. It’s a big ask.

Taking on the Adventure bike market from KTM’s Super Adventure with all its power and electronic sophistication to the softer Suzuki V-Strom 650 in the same tyre is no easy task. Adventure bike owners do have a habit of expecting much: good cornering ability, long distance mileage, reliable wet grip and neutral handling on every type of road on earth. No pressure there then Avon – pun intended.

Replacing the dogged but by now aged ‘Distanzia’ model, Avon’s TrailRider was launched in a humid central Germany. A long road ride looping from south of Munich to the Bavarian mountains taking in some classic twisting roads, as well as a decent dose of urban riding, some Autobahn blasting and even a sneaky bit of off-road in their too was a sound test of any tyre. It was enough mileage to get a good feel for the TrailRider and a great chance to test it on most the major, larger capacity Adventure bikes: BMW R1200GS, Yamaha Super Tenere, Triumph Explorer and Honda’s Cross Tourer among others. 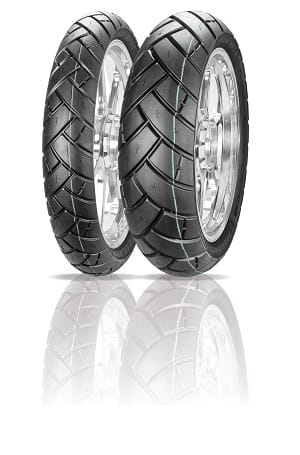 All of which proved no problem for the TrailRider. You have to go some way to find a poor tyre these days, which is a twisted way of saying this is a good tyre but I’m pushed to qualify all the positive notes I’ve made about Avon’s newest and most advanced tyre to date without sounding totally positive.

Adventure bikes are heavy beasts, mostly with a fair dose of power and a decent chassis, which allows you to push-on through the bends and cover distance fast. Bavaria’s mountain roads, and the foothills leading up to them, are certainly a good place to test tyres and definitely one of those times when you’d easily argue you’re as fast on an Adventure bike as you would be on any other type of bike – sports bikes included.

The TrailRider lived up to the task all the way from the moment we first rolled up the road to the high-speed Bahn-blast back eight hours later. They feel consistent and sure-footed which is a massive cliche but frankly it’s the simple truth.

Warm-up is good but then it should have been in the humid central European weather we experienced on this launch test – I’d like to try them in colder climes to test that aspect better though. A reassuring hold on the Tarmac remains consistent with no peaks or troughs in performance as the ride switched from slow, busy streets to fast blasts up mountain passes or 100mph on the German motorway.

Two aspects of the tyre design help with this: the increased silica content in the TrailRider’s compound and Avon’s slightly devious-looking (but apparently effective) ‘sipes’. What are sipes? Good question. Look closely at the tyre and you’ll see little cuts in the tread blocks, look even closer and you’ll see inside those cuts what appears to be small mouths with teeth inside. These are sipes, which in fact are not unusual on many tyres (but few have teeth). Their purpose is to aid warm-up by allowing the tread to move more easily. But, because they have little teeth inside which stop the sipes from closing up under load, they also help keep the tyre a consistent temperature once warm as well as aiding water dispersing. It’s a clever if slightly quirky idea but it does seem to work.

Avon’s motorcycle tyre engineer, Ashley Vowles, says a lot of effort went into improving wet grip on this tyre: “if you think of making a tyre like baking a cake we worked hard on getting the mix right so we could use more silica to improve wet grip. Improving that was one of our priorities with the TrailRider.”

Sadly we didn’t get too much chance to test that aspect. Some rain fell during the test ride but not enough for me to say too much other than I felt confident not backing off the throttle as we blasted through the damp patches under the Bavarian forest trees overhanging the roads.

Avon also claims the TrailRider is their most advanced tyre to date with a higher silica content than any other motorcycle tyre and by Vowles’ own admission: “the best possible tyre we could make.” It’s reassuring to hear a tyre engineer say, “there’s no aspect of this tyre that we’ve held back on.” Cost compromises aren’t uncommon, especially in the car tyre world, but Vowles claims every aspect from development to getting the product built and on the tyre fitters shelves is as good as Avon is able to produce. 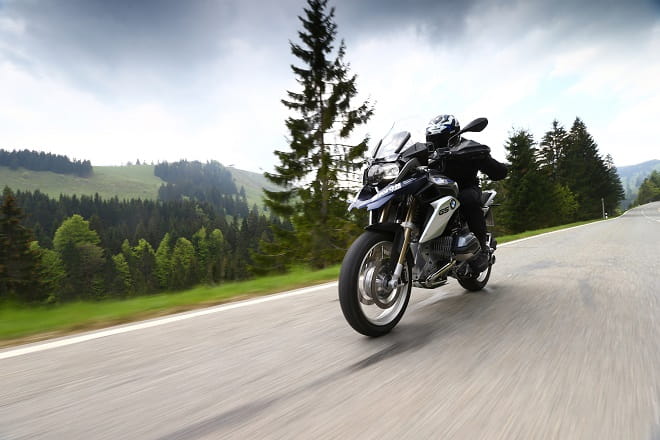 There are many positives to say about the TrailRider but perhaps the most impressive for me is the way it affects the attitude of these heavy bikes in the corners. The transition from upright to full lean can be slower on a heavy bike, with all the weight pushing a tyre flat as you brake, they can quite slow steering. The TrailRider all but quashes this, steering relatively quickly compared to some dual-sport tyres. Which is no bad thing because it makes the likes of Yamaha’s Super Tenere (a hefty beast on twisting roads, with a slightly vague feeling front end on some tyres) along with BMW’s GS more agile. The Avon’s livened both bikes up and helped encourage trust in front end grip into and through corners.

A dual-compound (rear) and Avon’s Advanced Variable Belt Density (AVBD) give the tyre strength when upright, so it maintains it’s shape and wears less in the centre, but allows a larger contact patch on a softer compound when you lean.

All of which is exactly what you’d expect from a dual-sport tyre: competent, not too noisy, sure-footed, confidence inspiring and well, grippy. The TrailRider does all that.

The TrailRider is available next month in 18 sizes, including some cross-ply options.

For more info including stockists and prices www.avon-tyres.co.uk