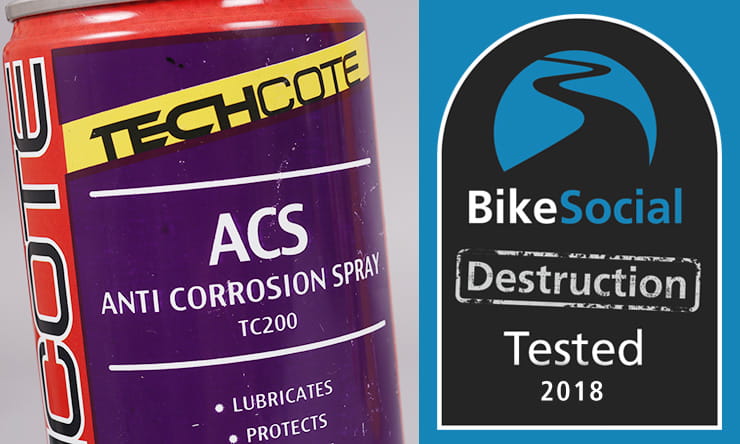 Tech-Cote ACS (Anti Corrosion Spray) TC200 was developed in response to the higher cost of some other corrosion protectants. It comes in an aerosol can that gives a powerful, fine mist of the product, making it very easy to apply to your bike, and drive into the more hidden areas.

Because it starts to dry as soon as it contacts air, it’s not available in a bottle for use with a compressor and paint gun. While it does ‘set’ quite quickly, it doesn’t go hard so won’t crack.

It was a very impressive 19 weeks before the steel plate coated with ACS TC200 showed more than 20% coverage of rust; it far exceeded ACF-50, and was beaten only by XCP Rust Blocker.

Rinsing the plates every day with the relatively aggressive fan pattern on the hose did appear to accelerate the degradation of this product, but until that point it was really too close to call between it and XCP Rust Blocker. Once washed with a 15% solution of Surfex HD cleaner, the rust spread significantly.

We have seen test results that saw ACS TC200 give relatively poor results, but because it flashes off quite quickly it’s very important that, in any test, it’s applied in the same way as it would be on your motorcycle – by spraying directly onto the surface, and not for instance being decanted into another container before the test plate is dipped. 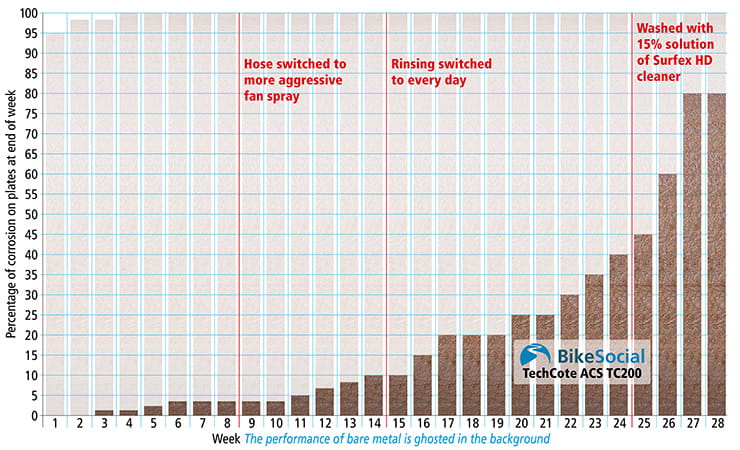 Once sprayed on and left to dry for 24 hours, ACS TC200 leaves a matt finish, with no visible colour. It’s a brown liquid, but any excess can be easily thinned down by wiping with a clean rag.

While it dries to a gel-like consistency, in our test we found it retained as much sand when dusted on as the others, and an equal amount as XCP and SDoc100 was left after rinsing. When hosed with the fan pattern, as in the rust testing, all the sand was removed. 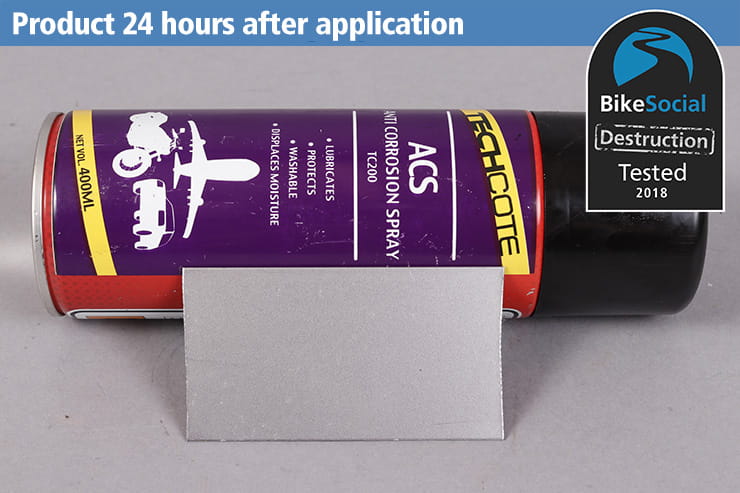 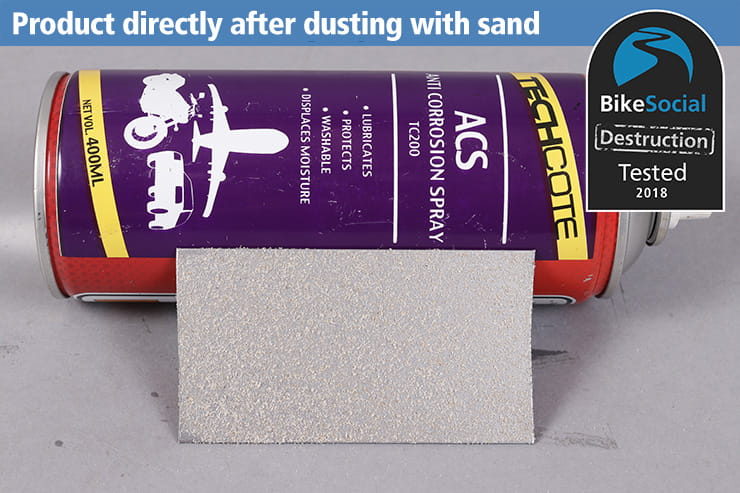 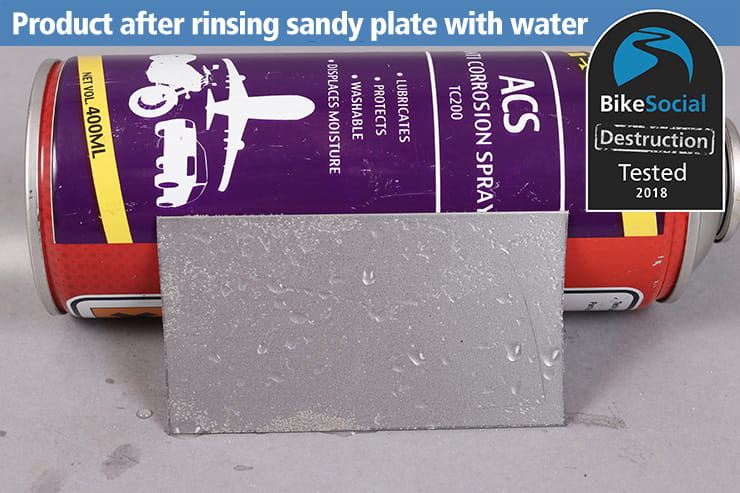 After three months, our test O-ring was encased in a gel of TC200, but when removed and gently cleaned it was found to have no damage, swelling or deformation at all.

Tech-Coat ACS TC200 offers excellent performance for a very reasonable price. It outshone every similar product except XCP Rust Blocker, but the result were close.

It would appear that TC200 is more susceptible to washing than XCP, but given the duration of the test, it’s a close call; TC200 certainly offers some of the most efficient protection against rust for your motorcycle. 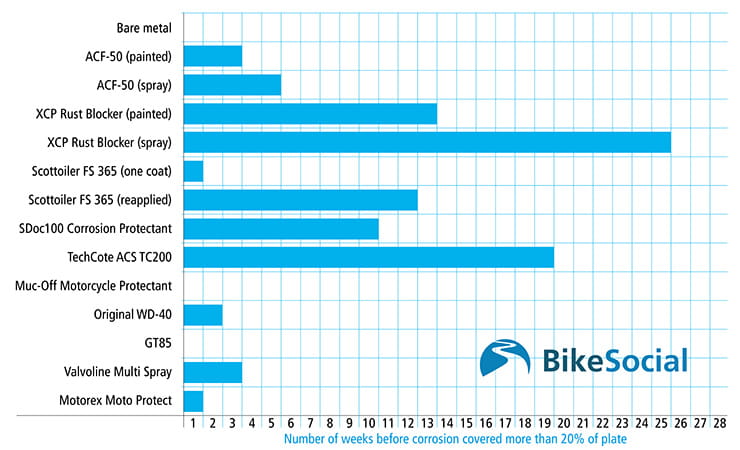 Full timelapse of the test