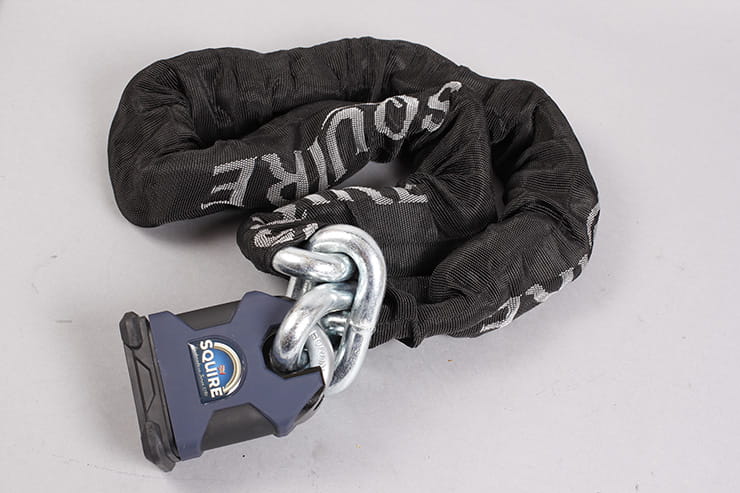 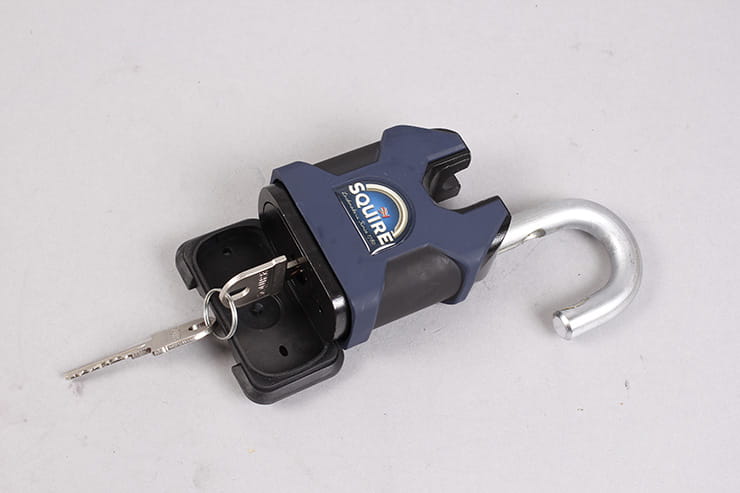 The 1.2 meter Squire Juggernaut security chain comes with an SS65CS padlock, and is approved to Sold Secure Motorcycle Gold. It’s covered with a soft, tough fabric sleeve that’s riveted at either end. This type of sleeve commonly holds moisture, so you might want to pop it in a plastic bag if carrying in your luggage after use.

All of the chain’s links are the same size, with one end passing through the other before securing in the padlock. Only the end links have space to accept another, so you can’t shorten the chain by passing through a mid link.

The padlock, which comes with two keys, has a plastic casing to protect your paint, and a rubber flap to keep dirt and moisture out of the keyway. We found this design to be rather fragile, the flap’s retaining strap tearing easily and allowing it to be lost. Using 42” bolt croppers, we couldn’t break the Juggernaut chain. With a sledge hammer, plenty of space, and an anvil, we broke it in 1 minute 39 seconds. Using an angle grinder, we cut through the round links, which measure 14.0-14.7mm in thickness, in an average time.

While it outlasted the chain in a sledge hammer attack on an anvil, the padlock soon showed signs of damage, and completely shattered in three minutes.

With an angle grinder, it was possible to cut through the 12.6mm-thick shackle but it took longer than the chain. 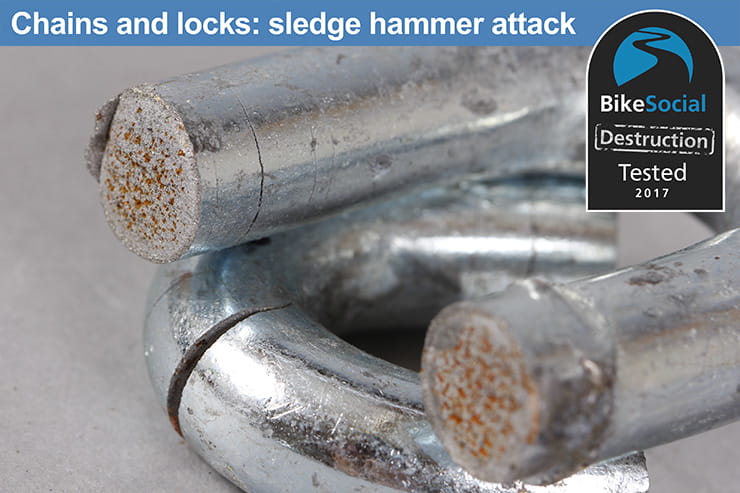 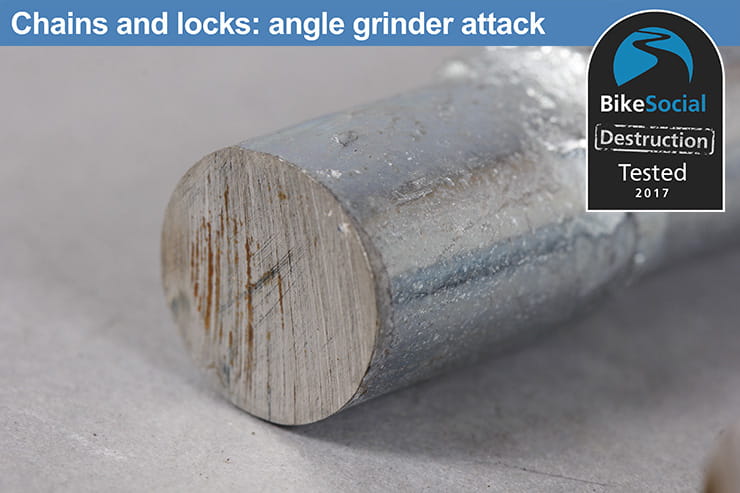 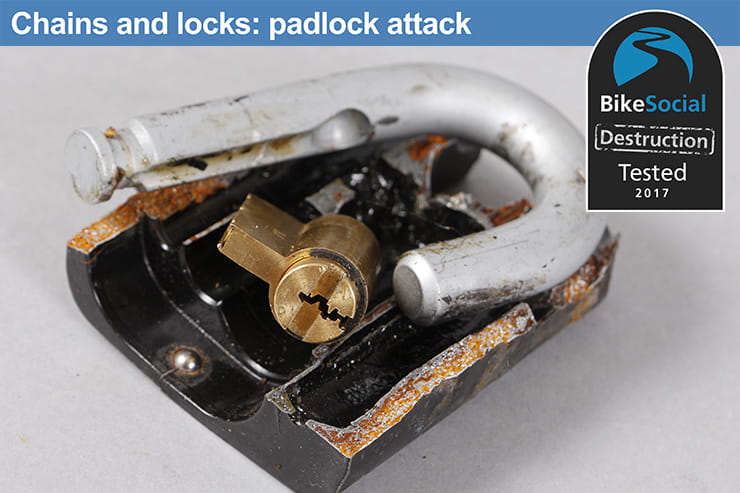 For its weight, the Juggernaut offers a good level of security, assuming it’s kept tight and off the ground to avoid a noisy attack with a sledge hammer. In this case, the solid angle grinder result and resistance to bolt cropping allow it to offer very good, portable security. Its weaknesses are disappointing, but such a prolonged and noisy attack is unlikely, and can be negated by using it properly.