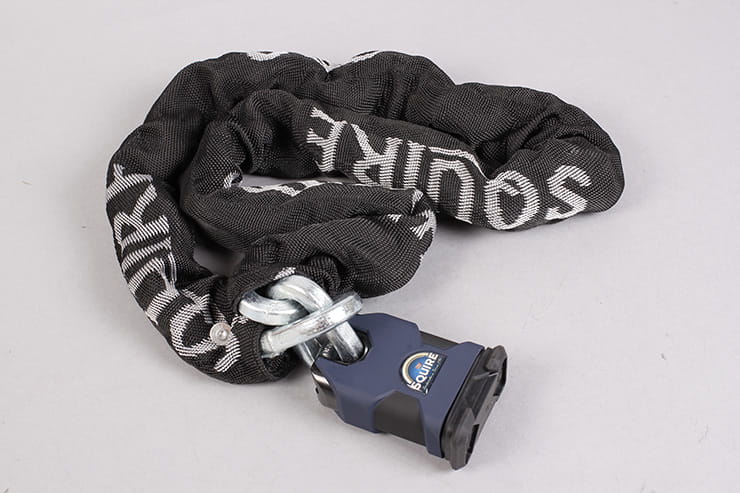 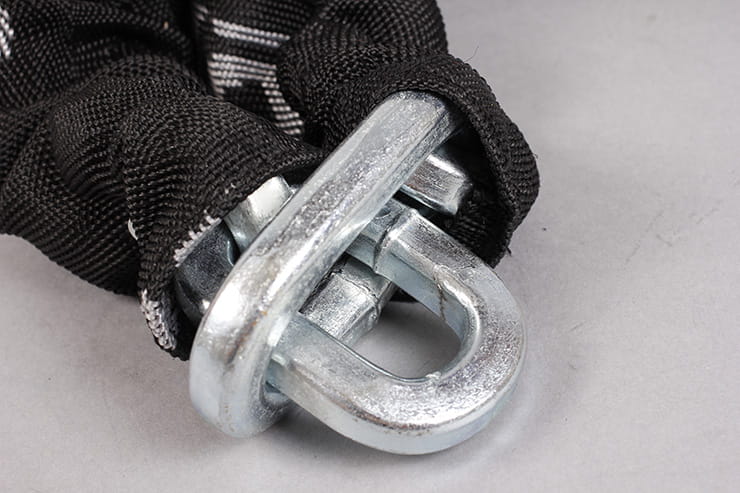 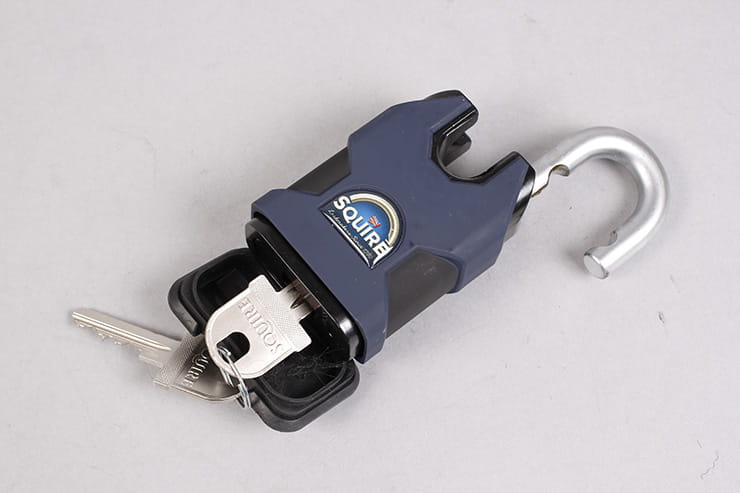 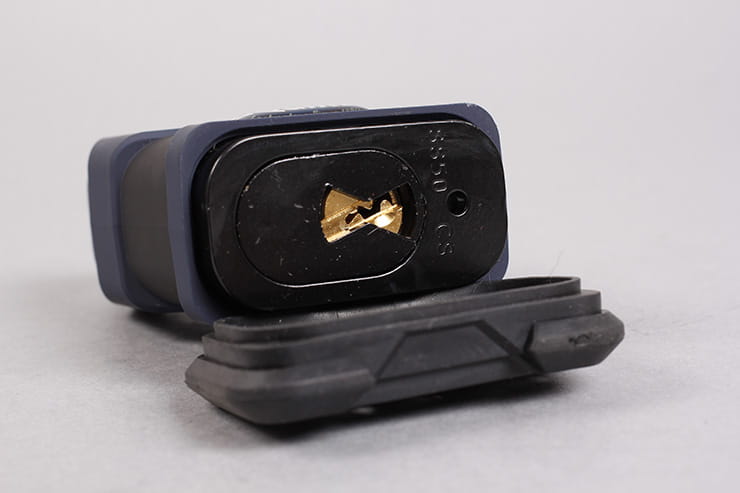 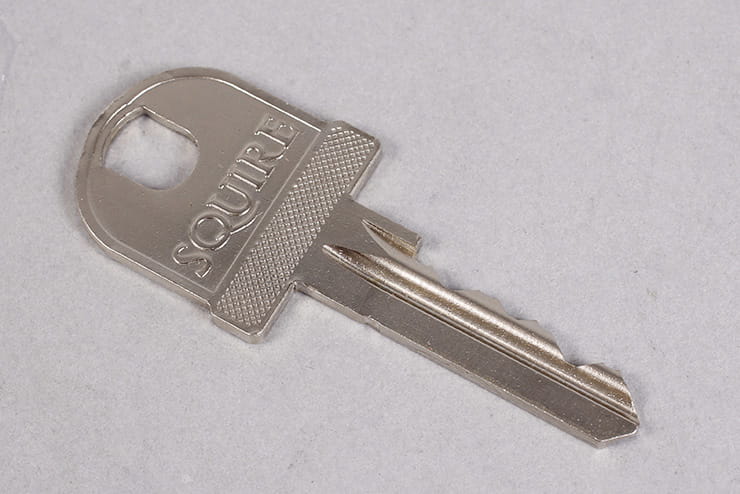 The 1.2m Squire Immense chain is supplied with an SS50CS padlock. Both are covered to protect your paint – the chain with a soft but tough fabric sleeve that’s riveted at both ends (this style of sleeve can hold moisture if used in the wet, so be aware if carrying in your luggage), and the padlock with a plastic sleeve.

Two keys are supplied, and while the padlock’s keyway is covered with a rubber storm flap, it’s a little too easy to tear the retaining strap, so it could get lost. 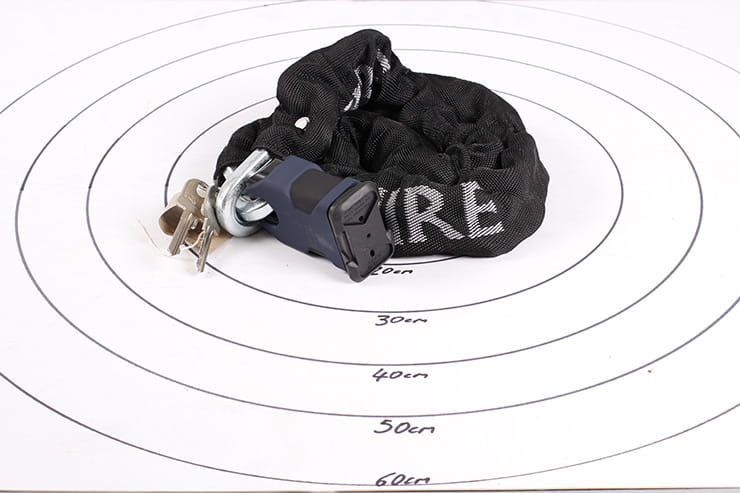 We were able to cut through the chain in using 42” bolt croppers but it took a huge amount of effort and two people taking it in turns. With an anvil and plenty of space (the worst case scenario), the sledge hammer attack saw the chain crack in two blows, and fail entirely after three.

It’s much stronger than the chain, but the padlock showed signs of damage reasonably quickly, so we continued to hammer it on the anvil, finding that it shattered in 2 minutes 43 seconds. It’s still tough for such a small lock, and attacking it with an angle grinder saw the 10mm-thick shackle cut through with more effort than the chain, so overall the chain is the most vulnerable area. 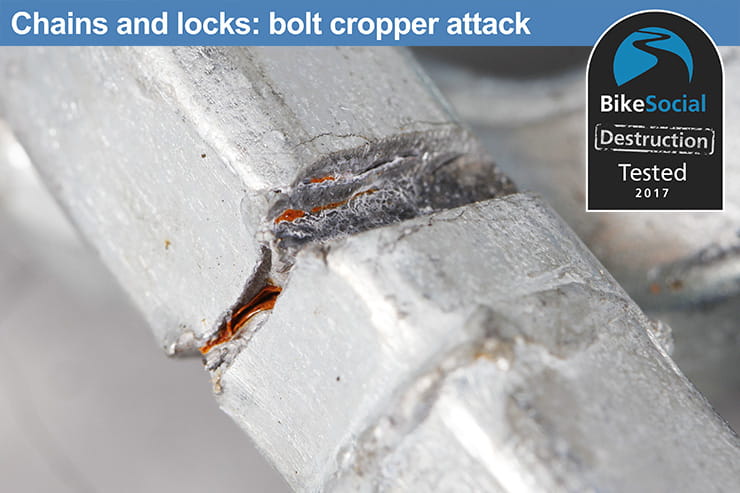 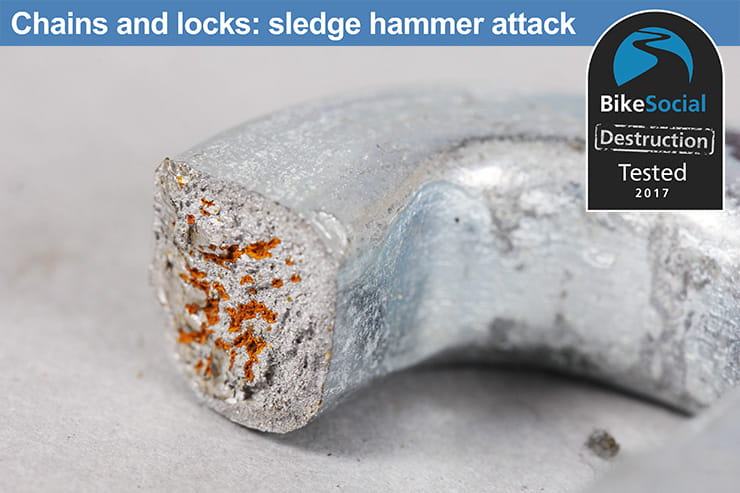 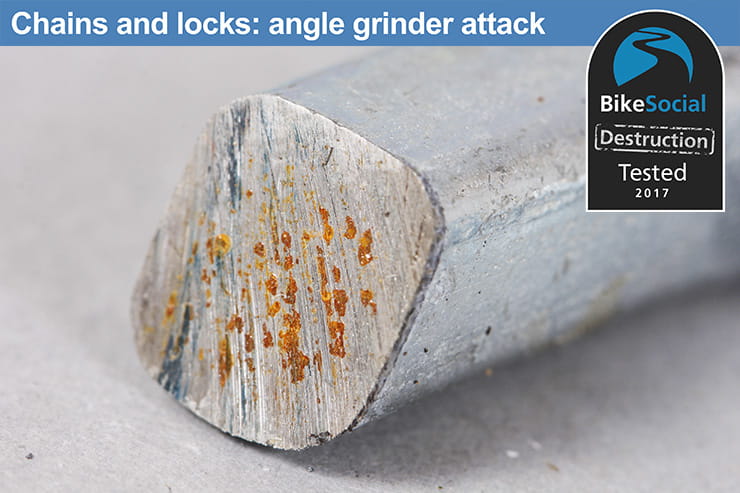 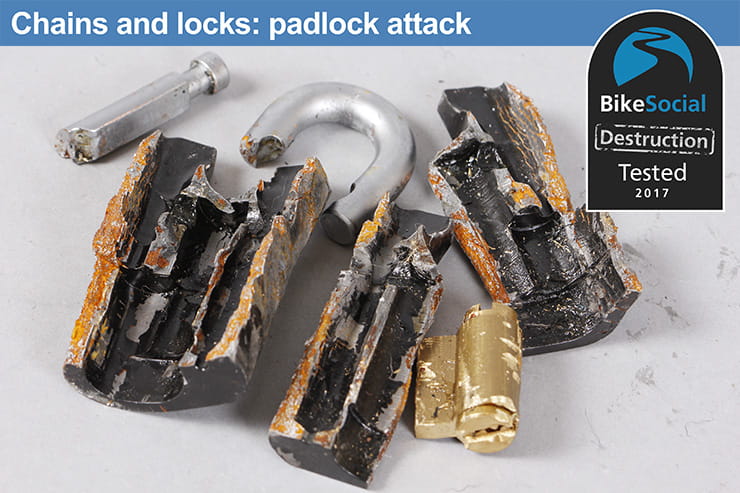 As a relatively light and portable chain and padlock, the Squire Immense and SS50CS is a useful deterrent, particularly when you bike’s parked in busy areas. The sledge hammer attack is disappointing, but keep the chain tight and off the ground (as you should with all chains) and this attack becomes irrelevant.

While the bolt cropper attack gains an average rating, it’s at the higher end, and required a lot of work to get through, so this is still a tough lock that will deter all but th emost determined thief.