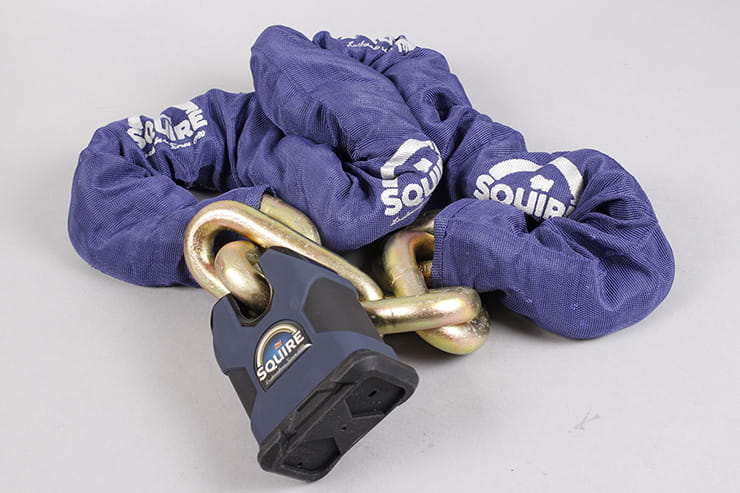 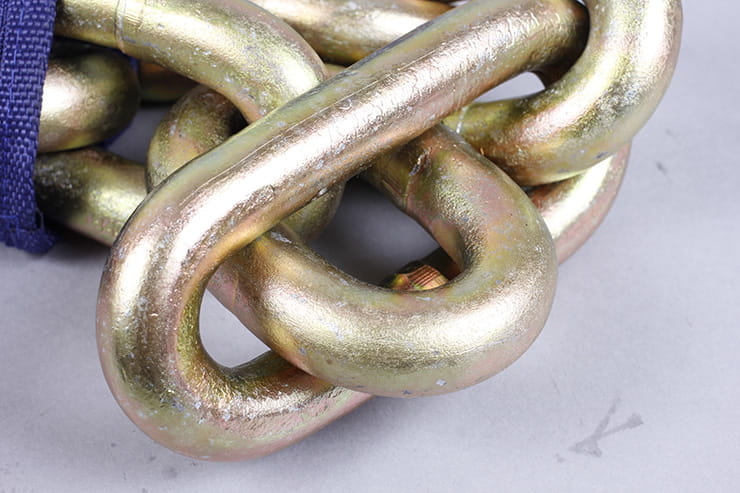 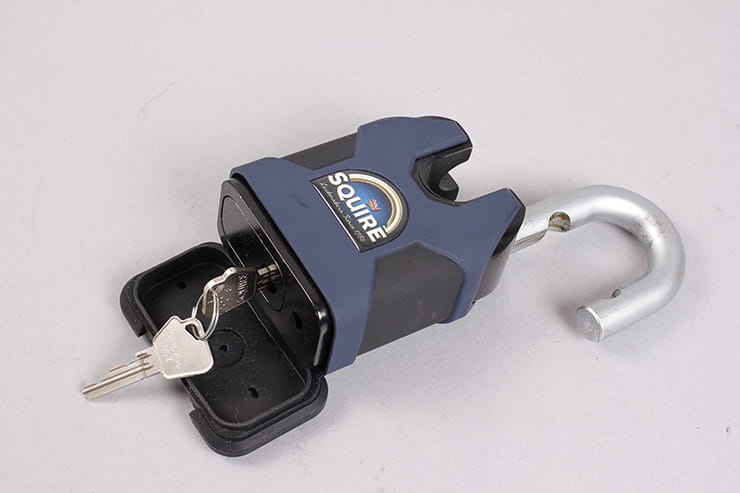 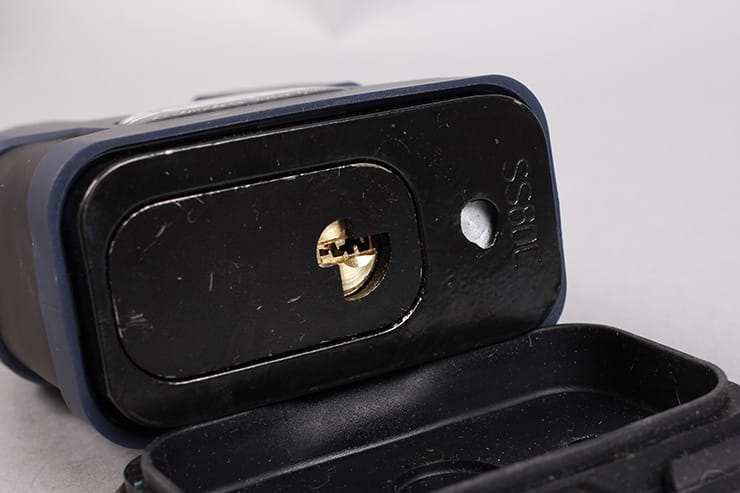 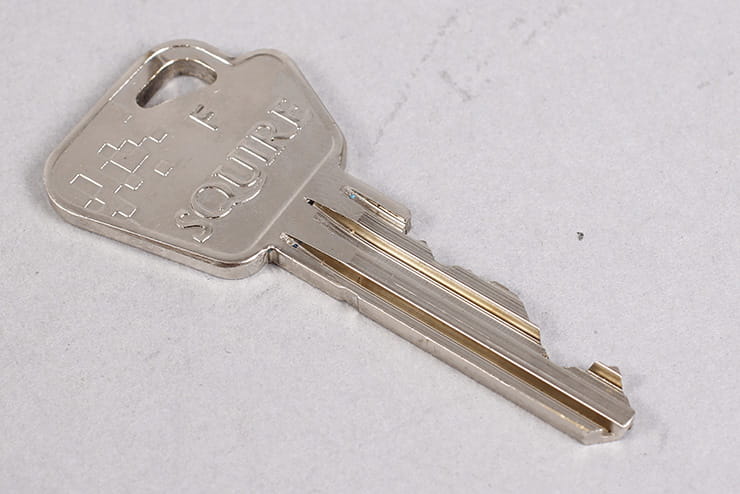 Approved to Sold Secure Motorcycle Gold, the 1.5m Squire Colossus has one longer link at the end for the other to pass through before securing in the padlock – an SS80CS with plastic cover and a rubber keyway flap. The flap though is rather fragile, tearing off then easily lost.

The chain is covered with a fabric sleeve – like others, this can hold moisture if used in the rain, but you’ll likely need a dedicated bag to carry a lock of this size anyway. The sleeve has rivets at each end, though both of ours had pulled out. It doesn’t affect the chain, and if you found it rode up you could zip-tie it or re-rivet.

Two keys are supplied with the padlock. 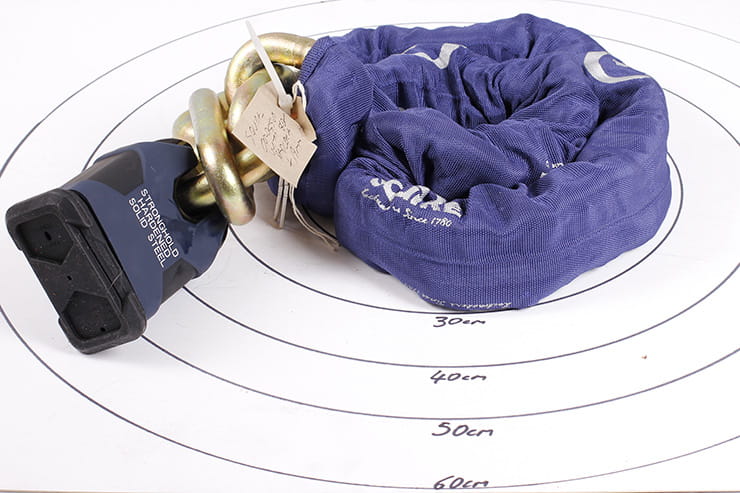 We couldn’t even keep the link in the jaws of our 42” bolt croppers, let alone cut it. When using a sledge hammer though – in ideal conditions with an anvil and plenty of room to swing – the chain broke in a disappointing 23 seconds.

Using an angle grinder, the chain proved exceptionally tough, the 18.6-19.0mm-thick round links destroying our 115mm discs before we could cut through the chain. Switching to larger 125mm discs, we managed to get through it, but we found it very hard to angle grind this chain due to the shape, size and hardening of the links, and took several attempts before we could cut it with one disc. Very impressive.

The padlock stood up fine to an attack on an anvil using the sledge hammer, merely deforming and showing some surface cracks.

If attacked with an angle grinder, the 16mm-thick shackle could be cut, but it was impossible to get a position that would allow the chain’s link to be removed. With this chain, we found the padlock to be effectively unbreakable. 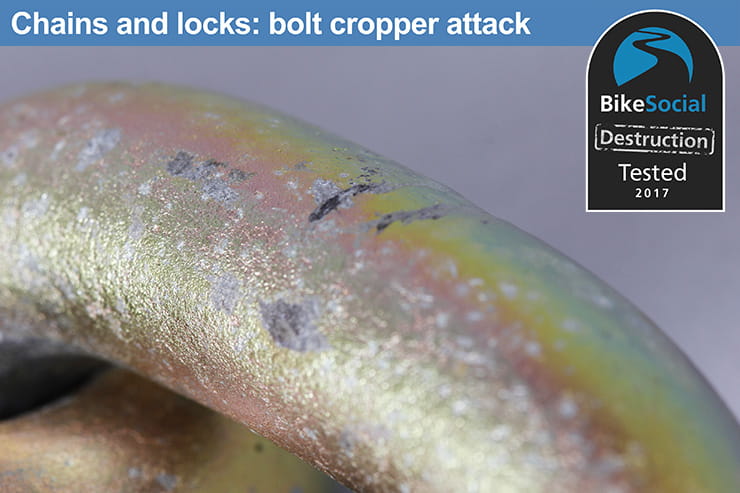 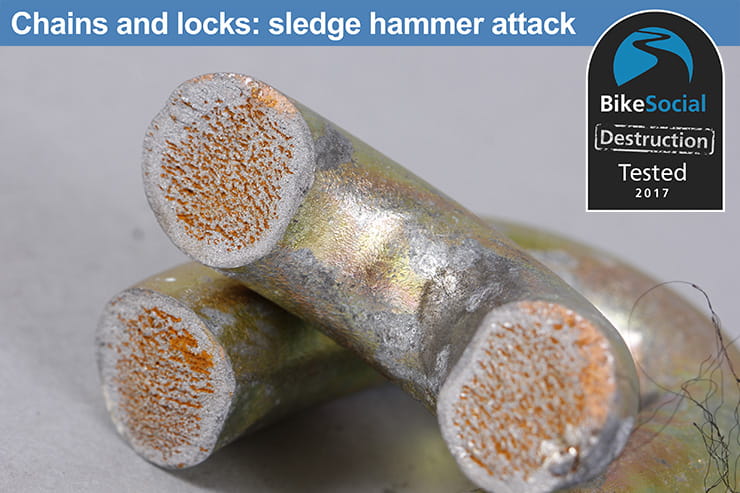 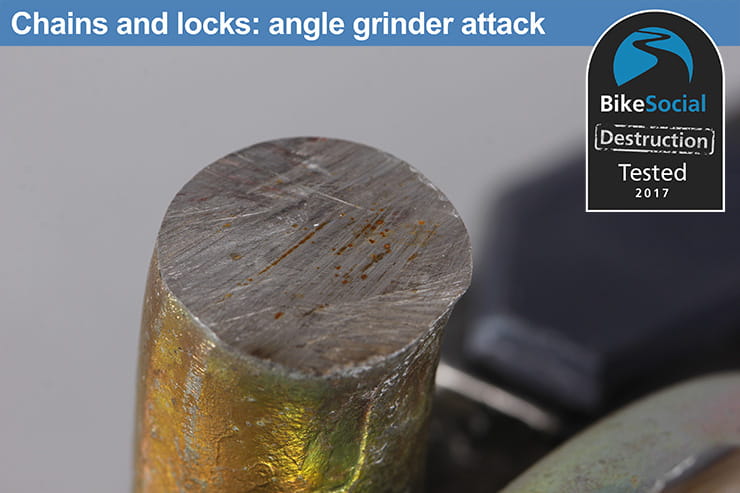 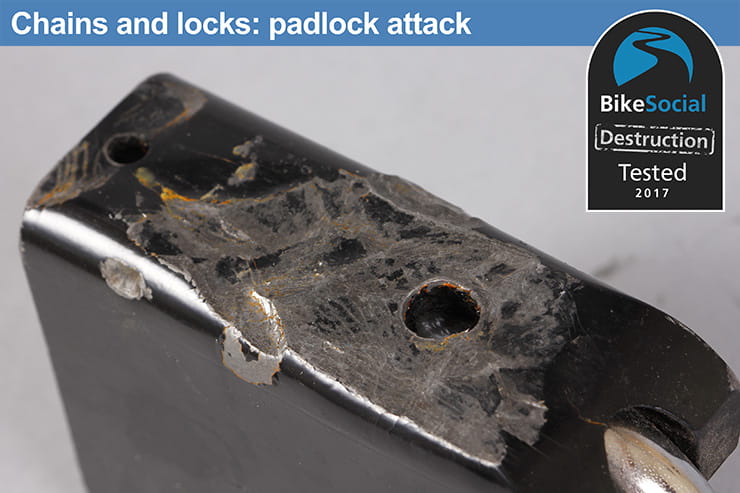 The Squire Colossus’ sledge hammer attack result – albeit in the worst case scenario of being on an anvil with plenty of room – is very disappointing on a lock of this size. However, if it’s kept tight and off the ground, it offers an exceptional level of security, proving extremely resistant to attack with an angle grinder, and unbreakable with bolt croppers.
It’s difficult to imagine many people carrying it on their bike, but for home security, if used correctly to negate a sledge hammer attack, it offers very good protection.