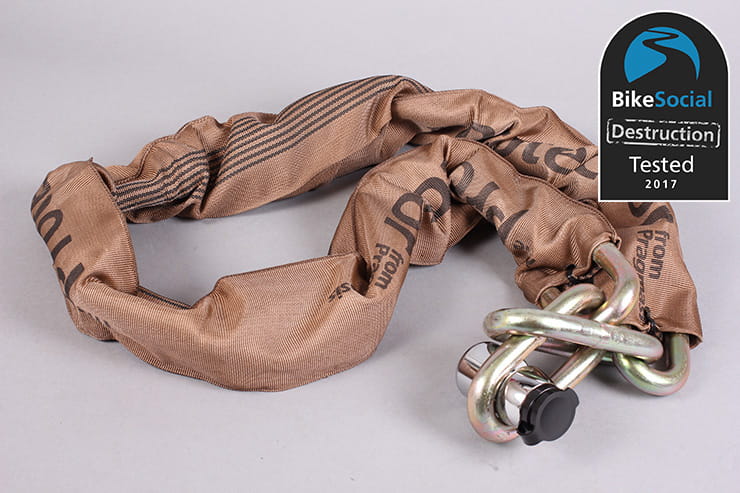 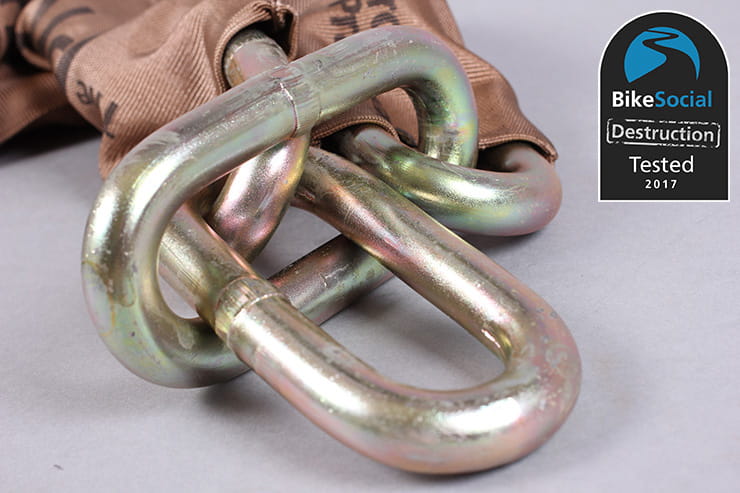 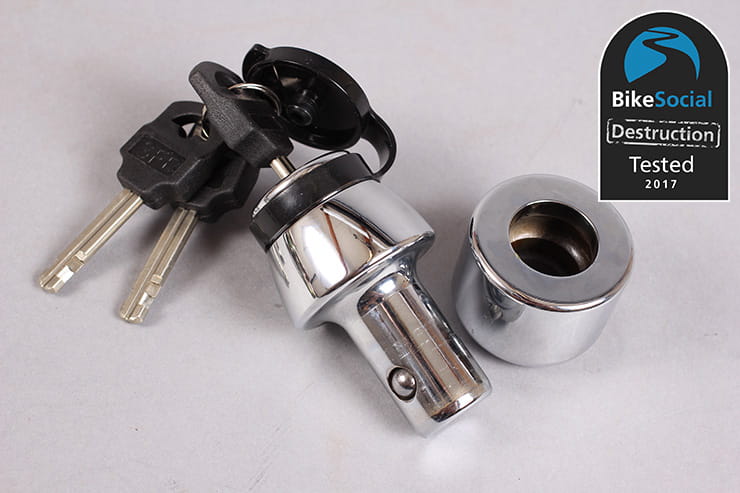 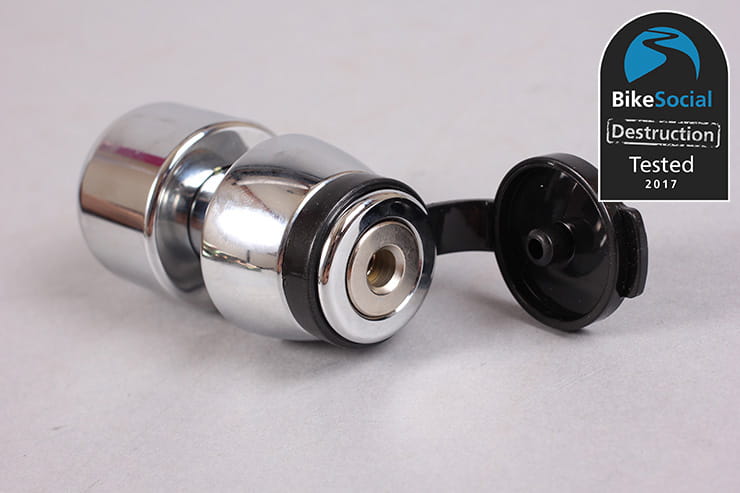 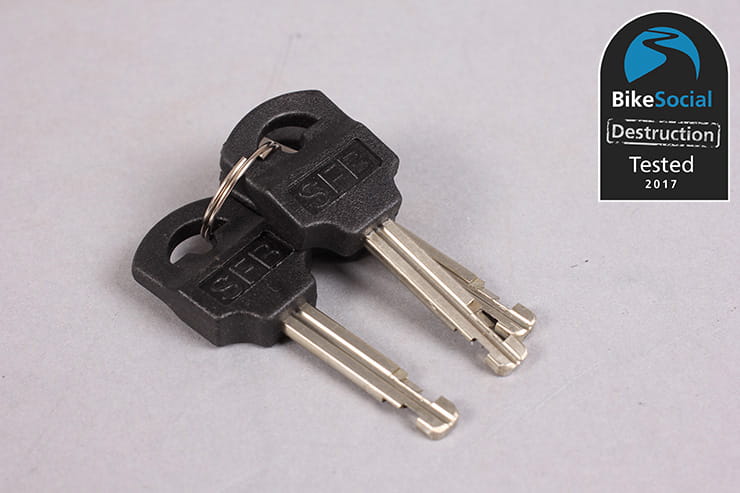 Available in sizes 0.8 to 6.0m, we’ve tested the 1.5m Pragmasis 16mm chain, which comes with a tough fabric sleeve, zip-tied at both ends, to protect your bike. These sleeves do hold water if used in the rain, so carry a plastic bag if you need to transport it.

The long links mean either end can be passed through any point in the chain, which is important to allows the lock to be kept off the ground, further reducing its susceptibility to attack.

While available with a choice of locks, our package includes the Pragmasis RL21 RoundLock, which fits snugly into a link, and also doubles as a disc-lock. The lock features a well-retained cover over the keyway to keep dirt and rain out, and for an extra £4 this lock can be keyed-alike to other RoundLocks, as well as Pragmasis’ U-Locks. Three keys are supplied.

Both the chain and padlock are approved to Sold Secure Motorcycle Gold level. 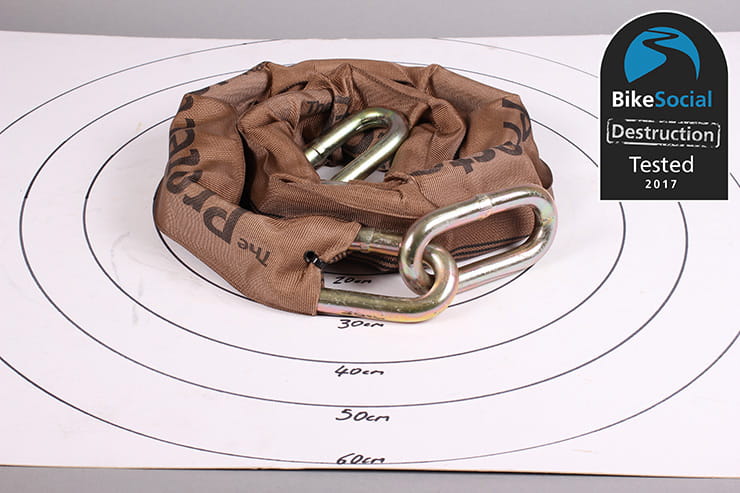 This makes the lock relatively transportable if you need to carry it, while the compact, light design of the RoundLock makes it a very convenient package.

With a noisy hammer attack, and in the ideal conditions of a make-shift anvil with plenty of space, we broke the chain in 3 minutes 32 seconds, the weld cracking after striking for 3 minutes 5 seconds. As with most chains, if a criminal uses freeze spray correctly, this time would be substantially reduced, so despite it being a very unlikely form of attack, it’s important to keep any chain off the ground.

Under our angle grinder attack – which is a worst-case scenario, giving ourselves easy access to the links – we cut through it in an average amount of time.

We were unable to break this lock. Using a sledge hammer we repeatedly struck it, leaving only dents in the casing regardless of the angle of attack.

We gave up on the angle grinder after a long test as the grinder was bucking dangerously.

After both tests, the lock still opened and closed. 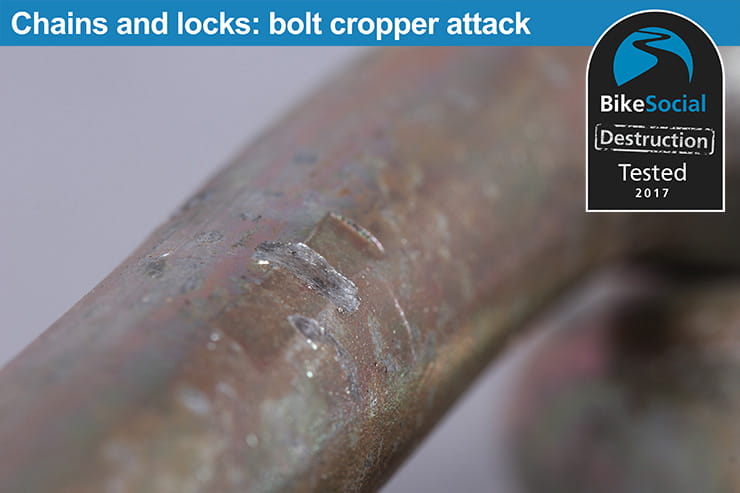 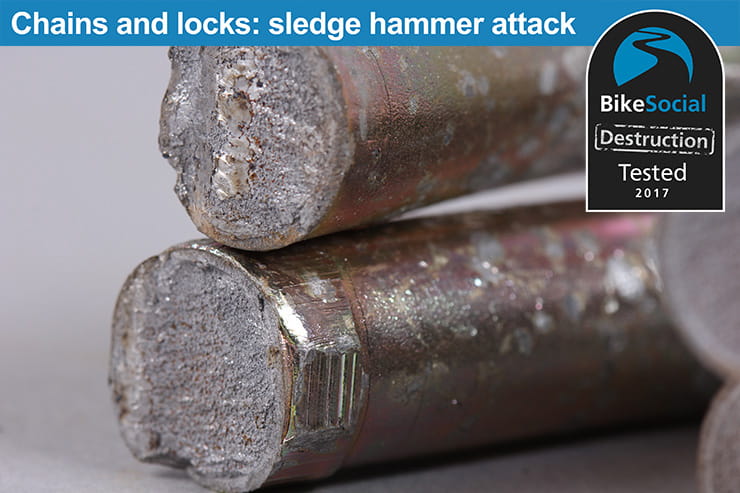 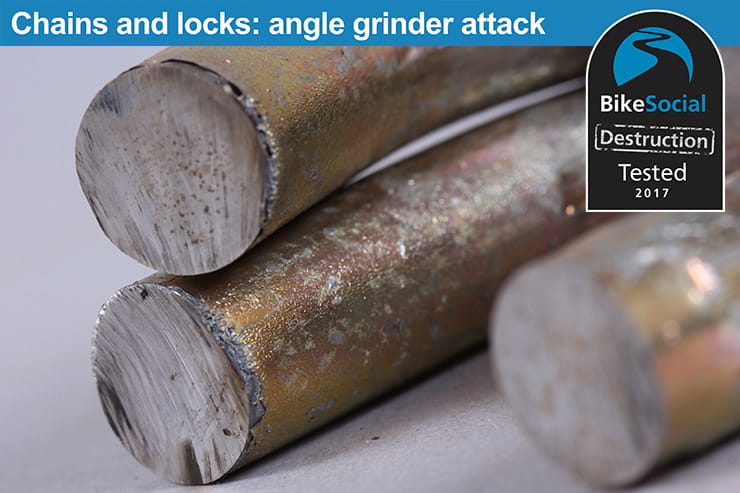 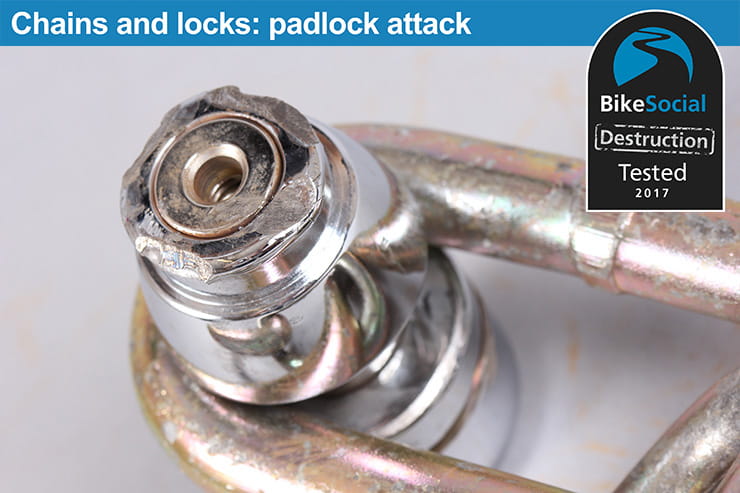 While obviously not as resistant to attack as a thicker, heavier chain, the Pragmasis 16mm offers very good protection for its weight and price. Keep it off the ground (which is easy thanks to the long link design) and the resistance to sledge hammer attack becomes irrelevant (though it still performed well).

While it can, like anything, be cut by an angle grinder, it offers a very good deterrent to all but the most determined thieves.

The RoundLock is outstanding, offering excellent security in a small, light package, as well as adding even more value by doubling as a disc lock.