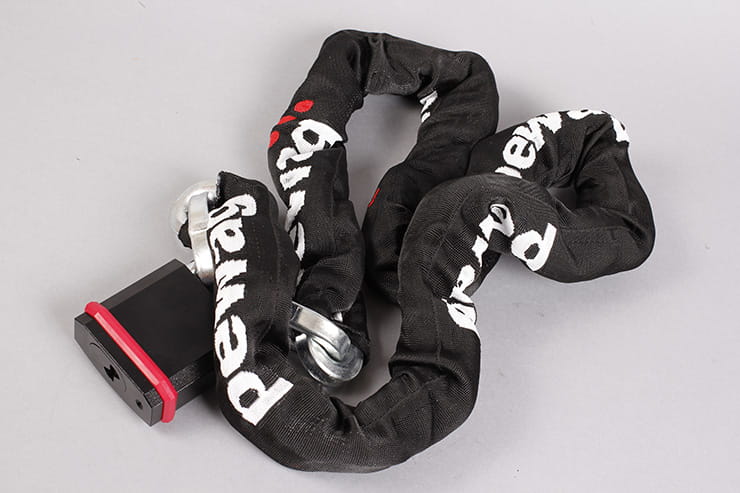 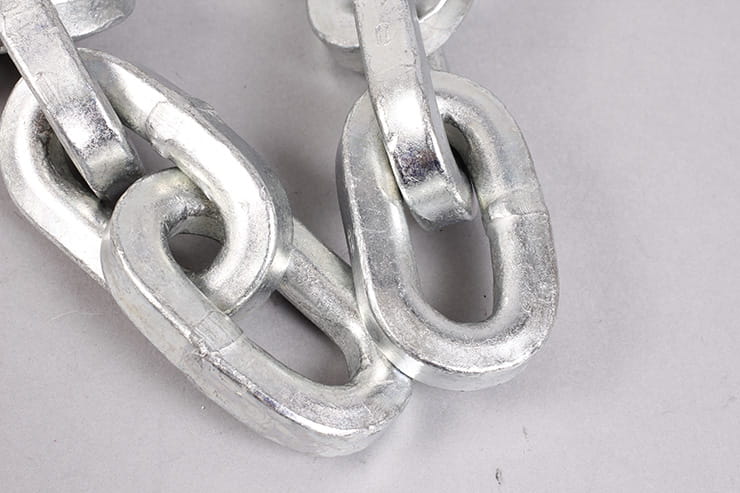 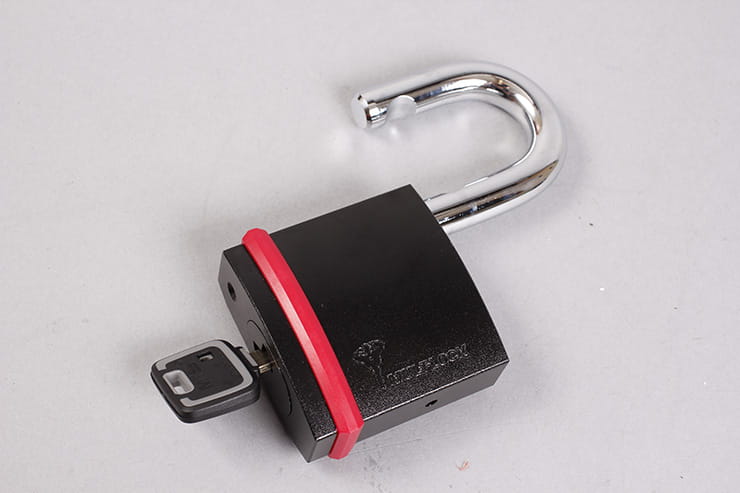 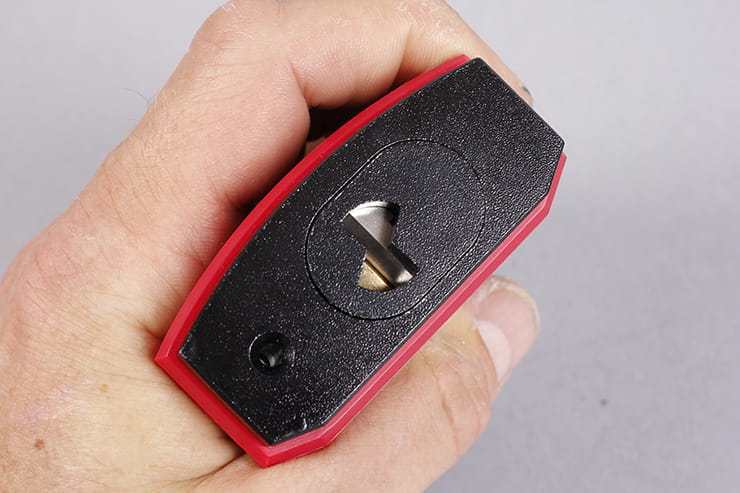 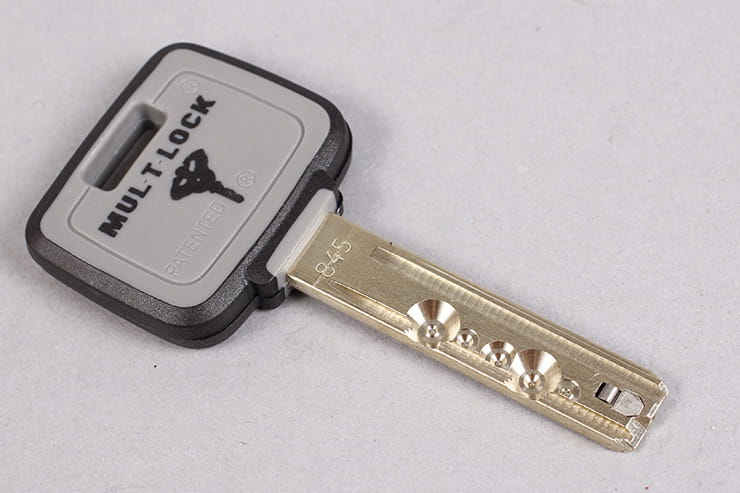 Brindley sells the Pewag VKK 14x52 security chain in lengths from 1 to 5 meters in 0.5m increments. We’ve tested a 1.5m section, which comes with a Mul-T-Lock NE14L Grade 6 padlock.

The chain is covered with a soft yet tough fabric sleeve (it can hold moisture if used in the rain, so take it in a carrier in your luggage), which is riveted at both ends. The padlock has an integral gate to keep muck and water out of the keyway, as well as a rubber bumper around the body.

All of the links are the same size, and can’t pass through each other, hence the need for a padlock that can accommodate both links at the same time. 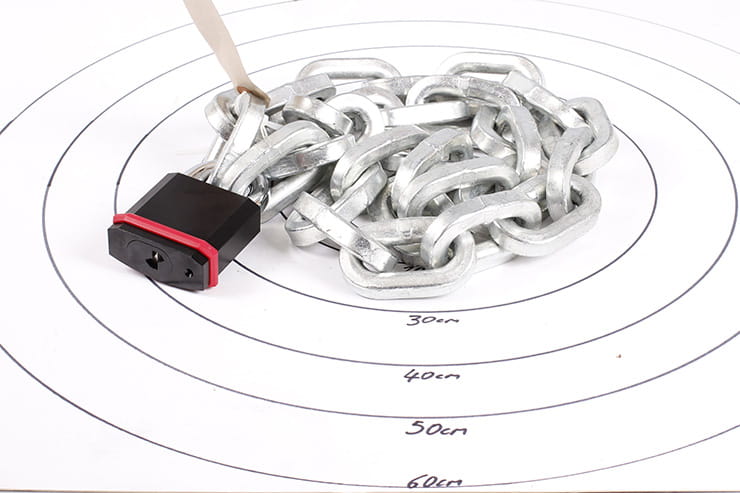 When coiled, the chain covers an approximate radius of 30cm. Note that in our photo the sleeve isn’t shown, as one wasn’t available at the time of photography.

We were unable to break the chain with bolt croppers, and only minor cracks appeared when attacking it with a sledge hammer, despite our worst-case-scenario of an anvil and plenty of room. Note though that, while we’re not judging chains in our test on their resistance to freeze spray, when trialled it did significantly reduce the resistance to a sledge hammer.

The square links – which measure 13.4-14.0mm in thickness – took an average time to cut with an angle grinder.

The lock is very tough, only deforming and showing minor cracks when attacked with a sledge hammer on an anvil. We were able to cut the 13.8mm-thick shackle, but it took longer than the chain. 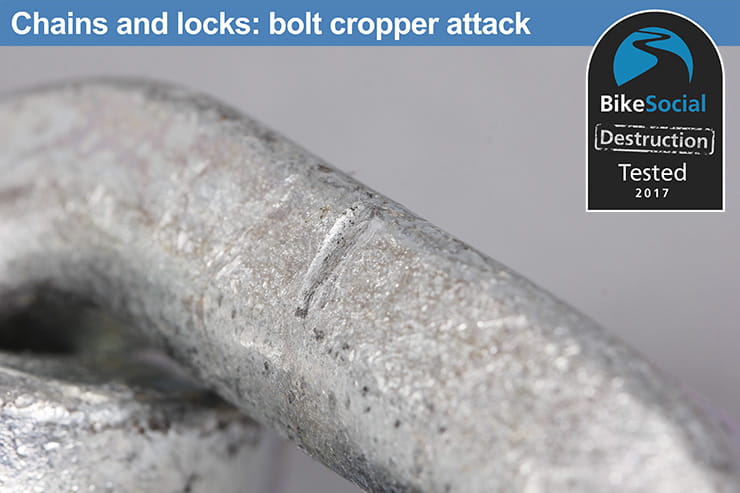 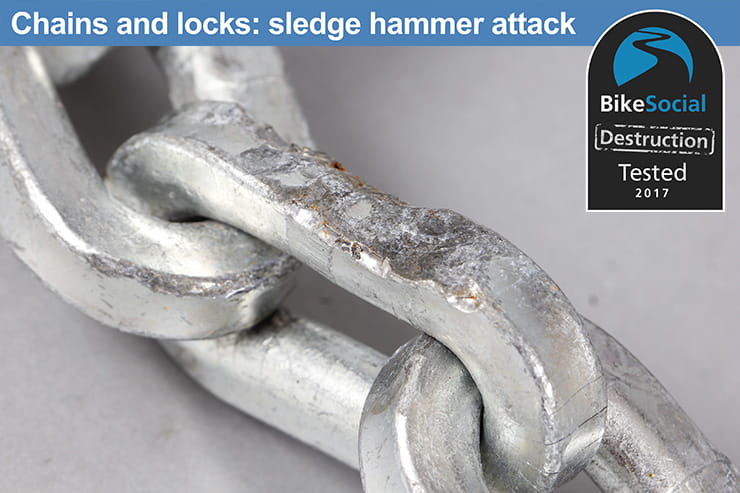 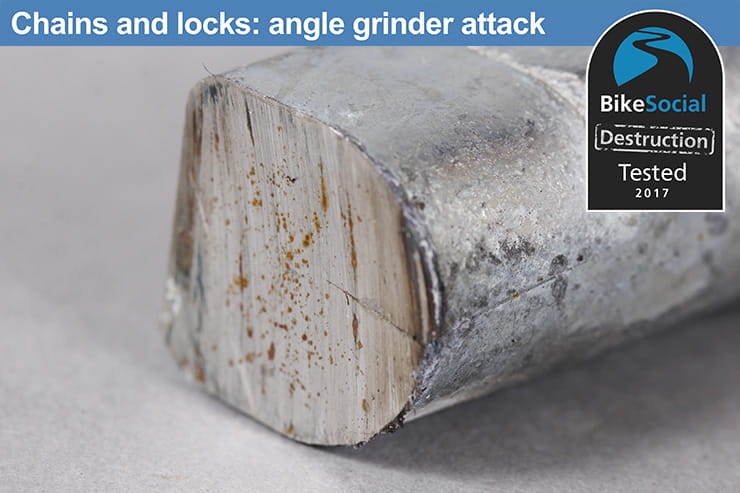 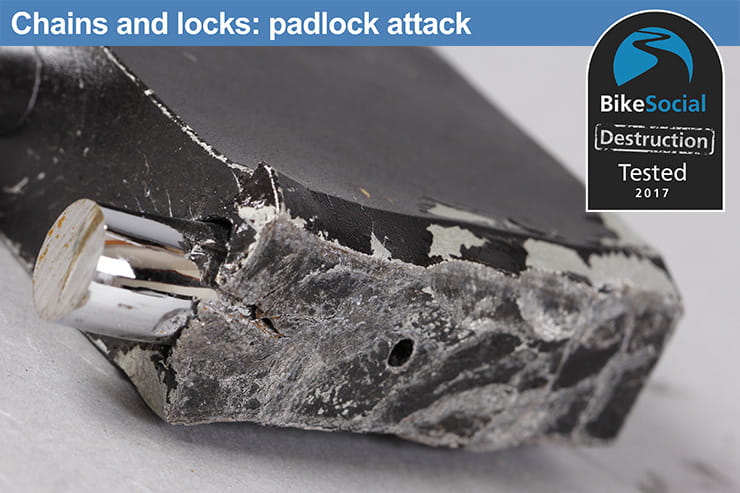 The Pewag VKK 14x52’s angle grinder attack time is at the upper end of average, and combined with its good results for a noisy sledge hammer and silent bolt cropper attack, its relatively low weight and hence portability make it an impressive security option.

While we couldn’t break it with a sledge hammer, indications are that freeze spray would have a significant impact on this performance, so as with other products, ensure the chain is kept tight and off the ground, so any form of hammer attack would be impossible for a thief.