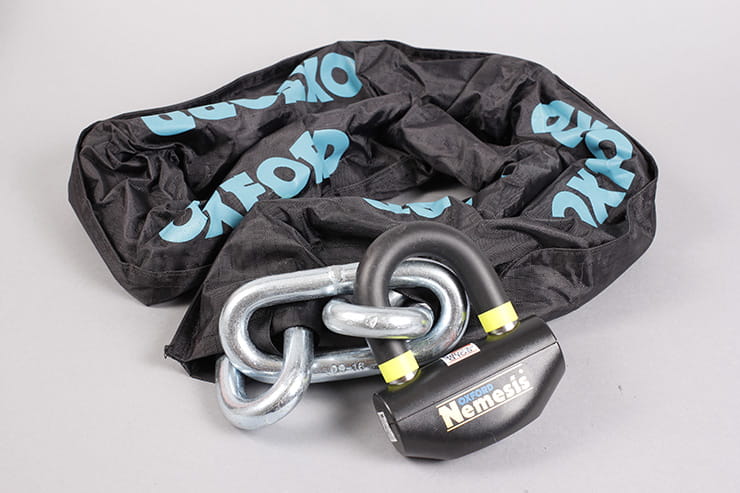 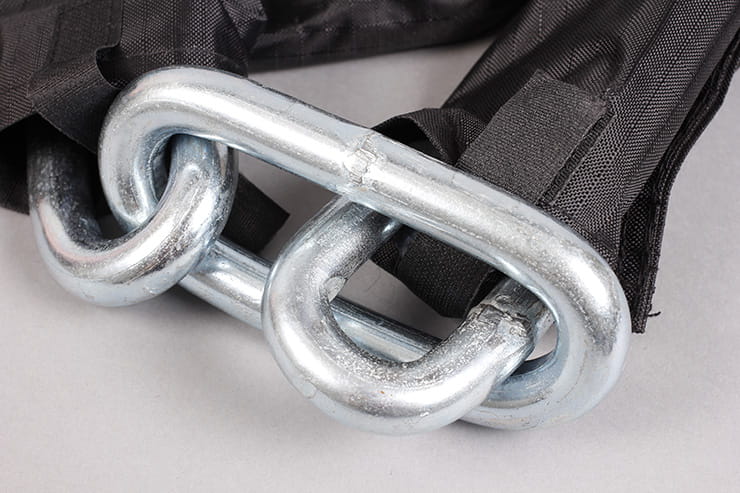 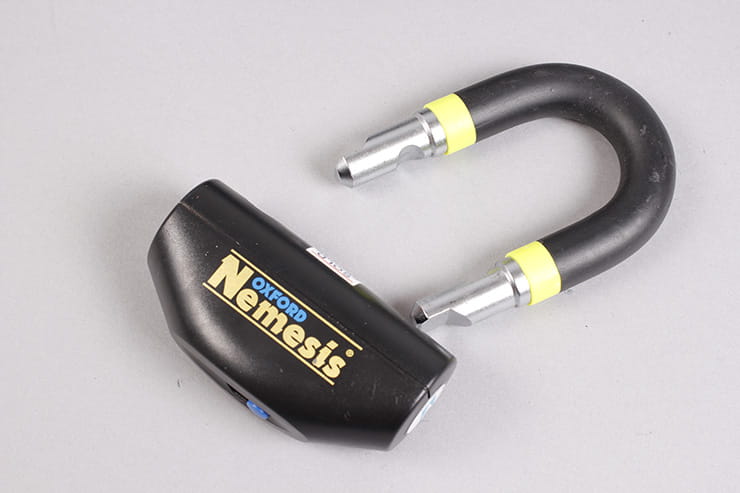 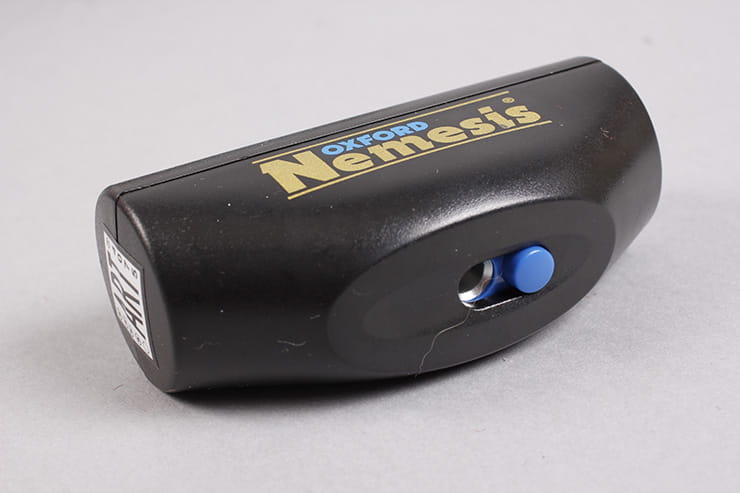 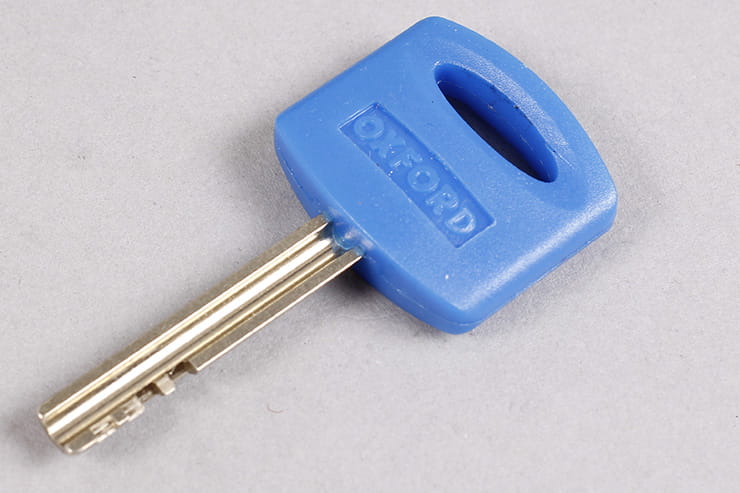 The Oxford Nemesis motorcycle security chain and padlock is rated as Sold Secure Motorcycle Gold, and is available in lengths of 1.2, 1.5 and 2 meters. We’ve tested the 1.5 meter version, which has a waterproof sleeve that’s fastened at each end with small Velcro patches, so you can easily remove it if you want (though it protects your paint).

The link on one end is shorter than the others, and can be passed through the other end, or indeed any of the links in the chain, meaning that if you can’t secure the bike to anything, the chain can be wrapped tightly around the wheel. Equally, you can pass the link through another to ensure the chain is tight between the anchor and your bike, practically eliminating the opportunity for a hammer attack.

Three keys are supplied for the padlock, which has a sliding cover over the keyway to keep the mechanism clean, and a plastic outer with a rubber-coated shackle. The lock can also be used as a disc-lock. 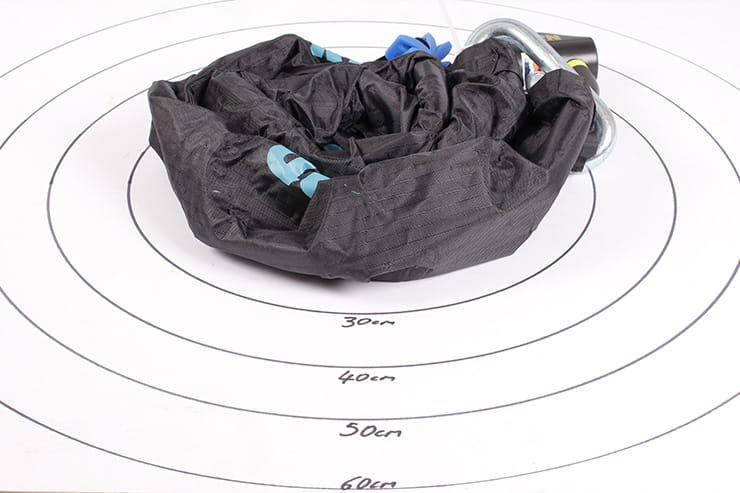 We were unable to break the chain with 42” bolt croppers, and while the link’s weld cracked in just under a minute of sledge hammering, we couldn’t fully break the chain. Do note thought that, while we’re not judging chains based on their resistance to freeze spray, we did find that, like others, it reduced the performance of the lock.

The 115mm angle grinder cut through the round links (with a typical thickness of 14.8-15.6mm) in a reasonable time.

While the plastic cover shattered immediately, we were unable to break the lock with a sledge hammer. The shackle, which is 15.9mm thick, was cut through more slowly than the chain, making the chain the most likely point of attack. 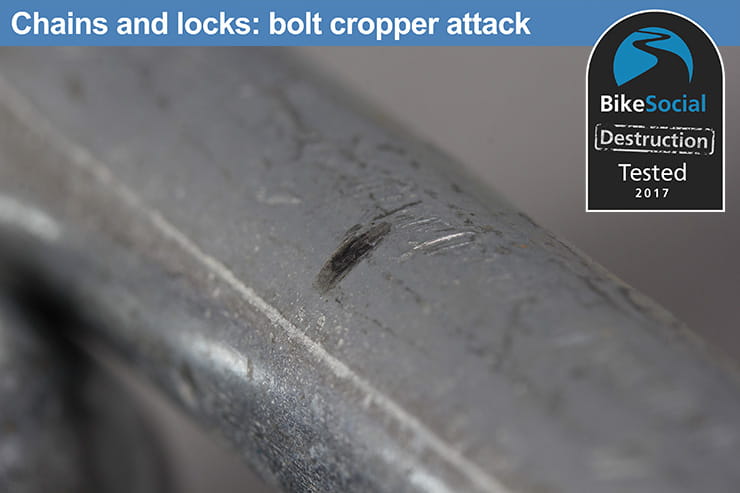 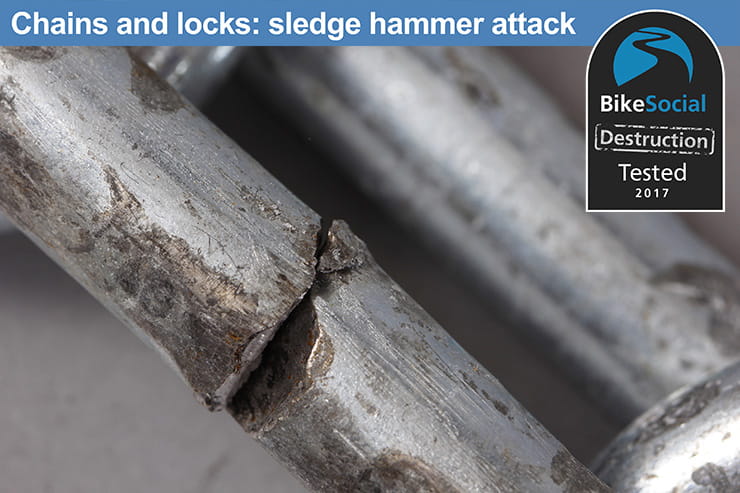 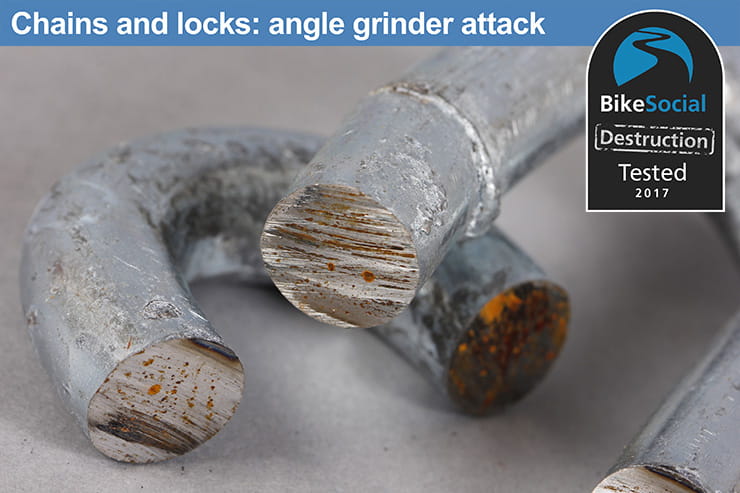 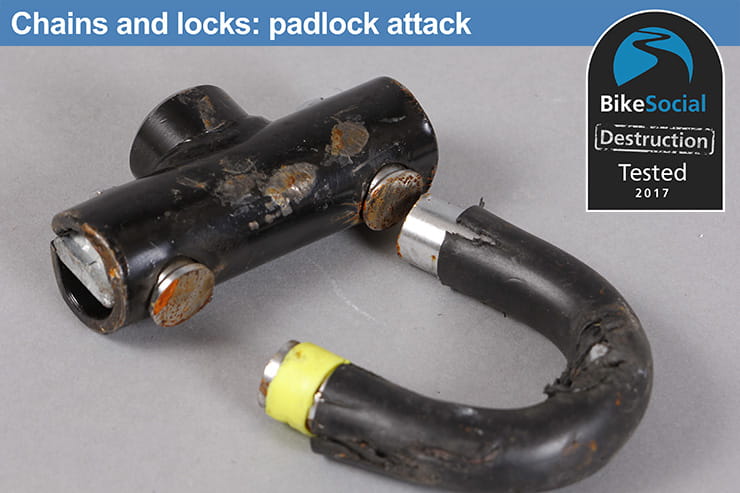 While an angle grinder will chew through the Oxford Nemesis reasonably quickly, it still offers a good level of protection from attack, without being excessively heavy. The fact that the padlock can double up a disc lock counts towards its versatility.