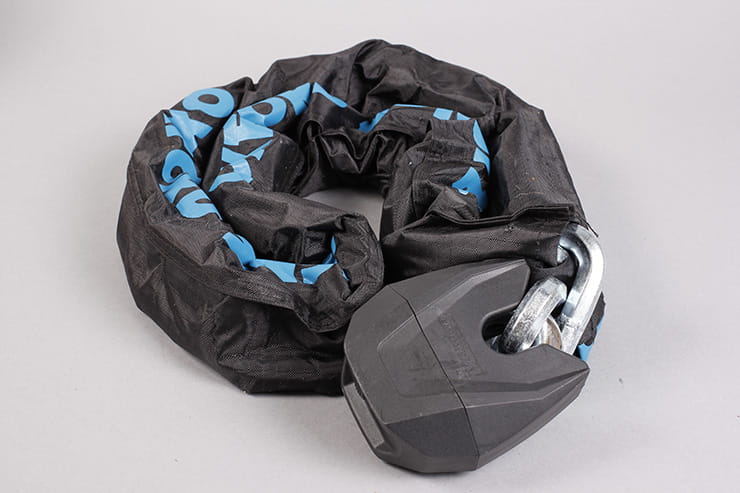 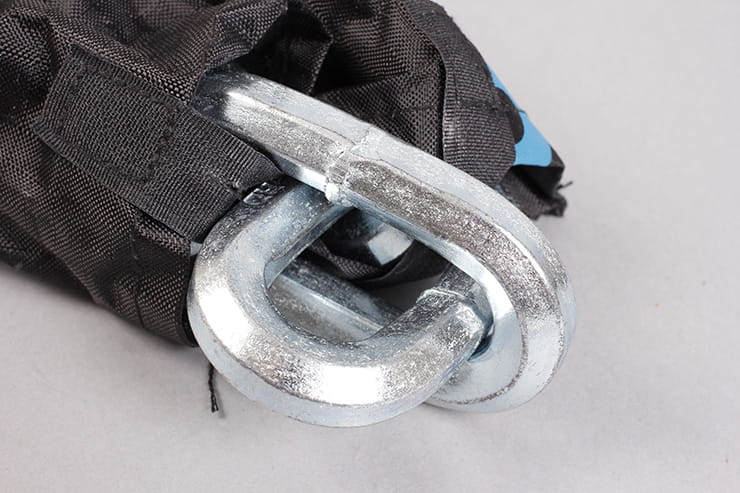 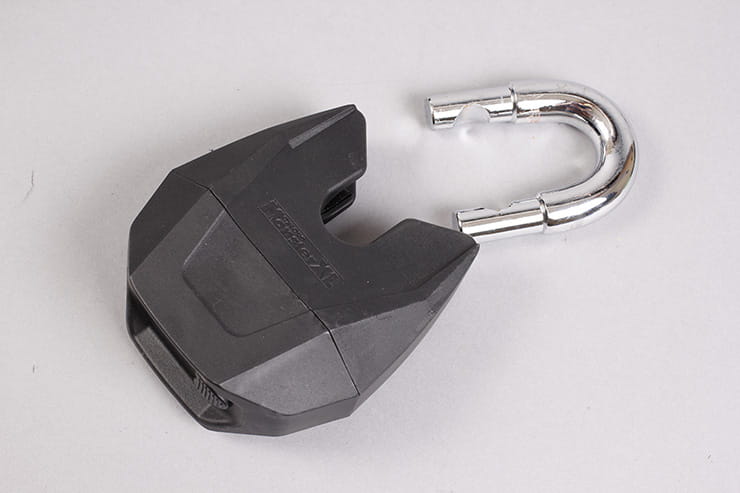 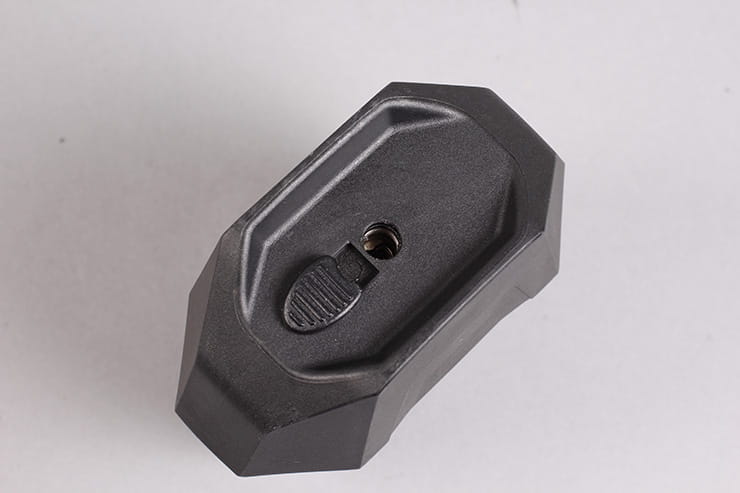 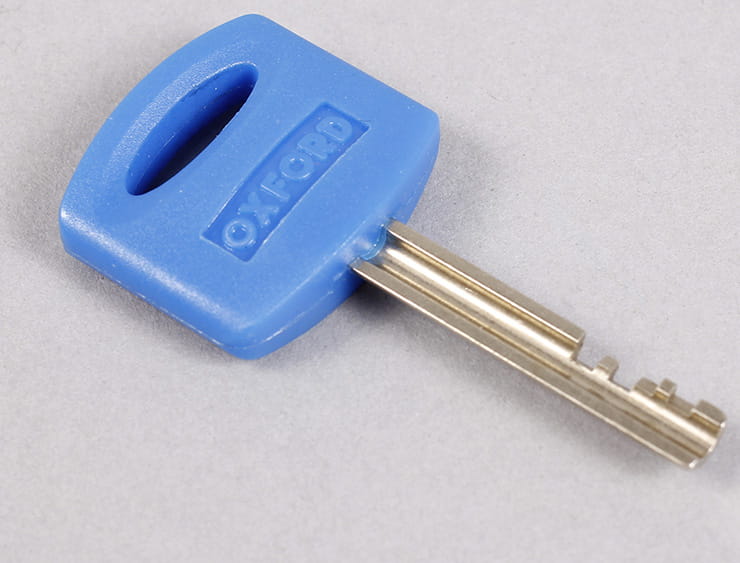 Rated as Sold Secure to Motorcycle Gold level, the Oxford Monster XL security chain and padlock is available in 1.2, 1.5 and 2 meter sizes. We’ve tested the 1.5 meter chain, which comes with a waterproof sleeve that’s secured with Velcro patches on either end, making it easy to remove. One end of the chain has a shorter link, which is passed through the other end, though it won’t pass through any of the other links.

The padlock, which comes with three keys, has a plastic sleeve over the body, and a sliding cover over the keyway to keep grime out. 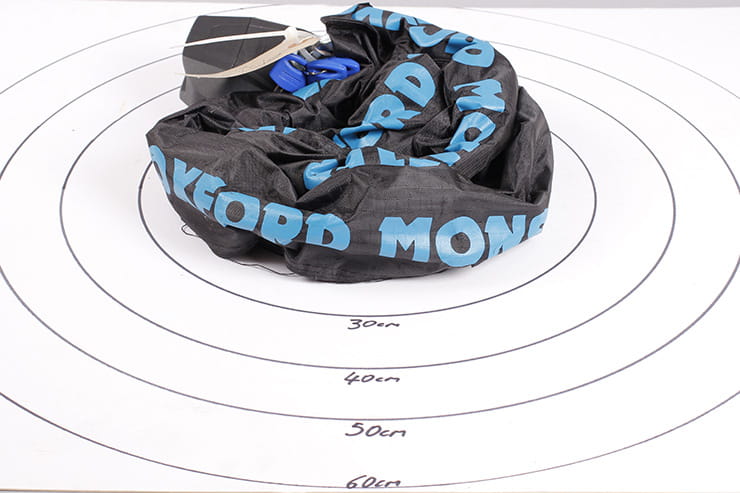 When rolled up, the chain covers a diameter of approximately 26cm.

We were unable to break the chain using 42” bolt croppers, and while the link’s weld cracked, we couldn’t break it using a sledge hammer. It’s worth noting that we did find the chain to be susceptible to breaking if using freeze spray under the perfect conditions of an anvil and plenty of space; as with all locks, it’s important to keep the chain off the ground.

An angle grinder attack took a reasonable amount of time to get through the hexagonal link, whose typical thickness is 13.7-14.0mm.

Using a sledge hammer, the top of the body shattered quite quickly, but it was three minutes 48 seconds before we were able to break the body and remove the shackle.
When using the angle grinder, we were able to cut through the 15.9mm shackle, but it took longer than the chain. 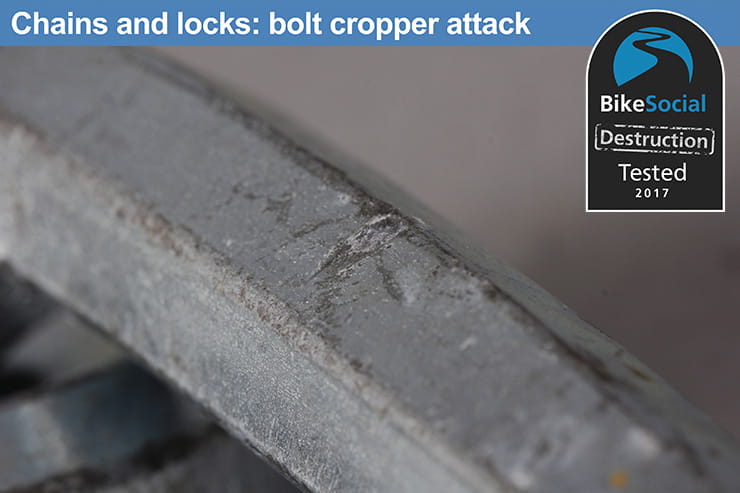 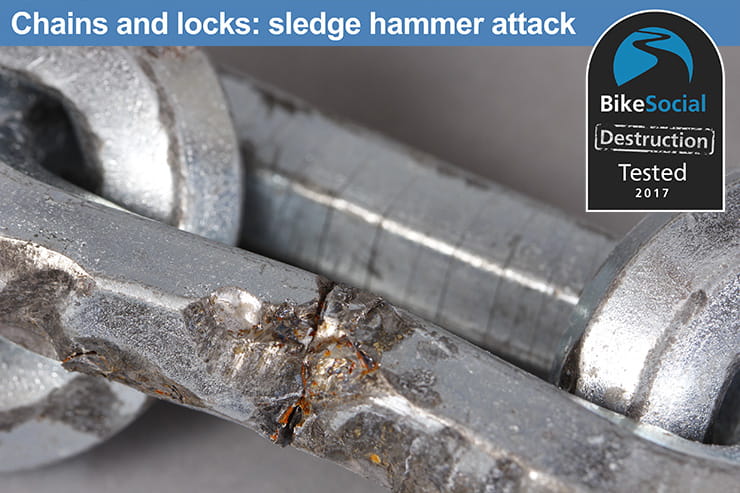 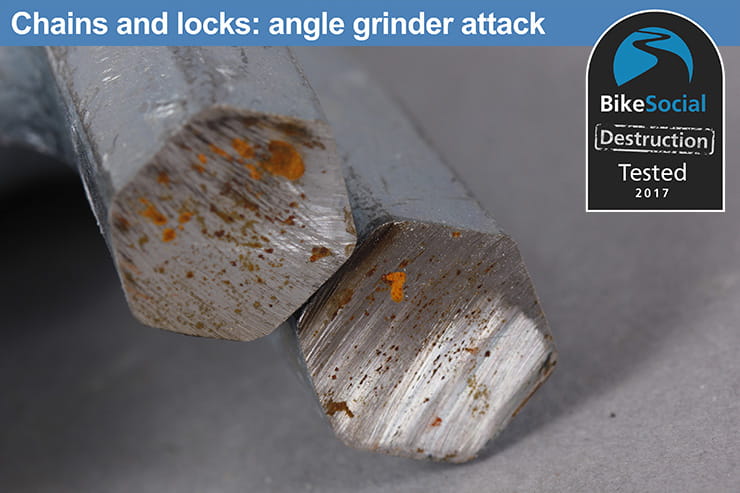 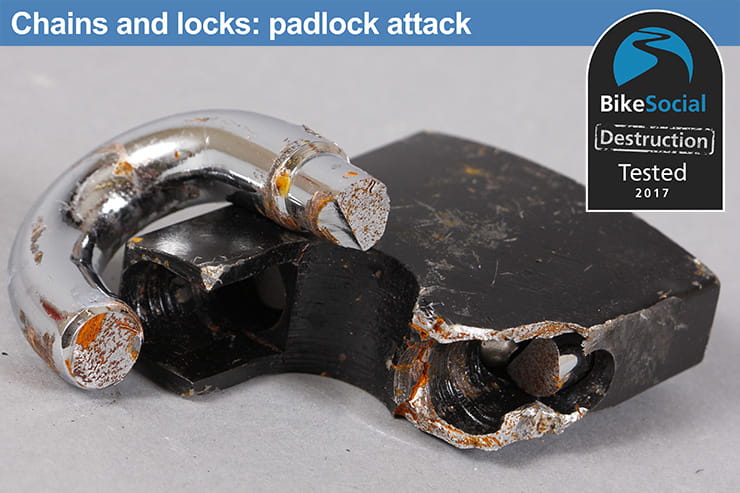 The Oxford Monster XL loses out slightly to the versatility of the Oxford Nemesis that we also tested, but the resistance to attack is generally good. While we haven’t judged our locks on their resistance to freeze spray, it’s worth being aware that, like many others, the Monster became far less resistant to hammer attack after it was applied, serving as a reminder that it’s very important to keep any chain and lock off the ground during use.