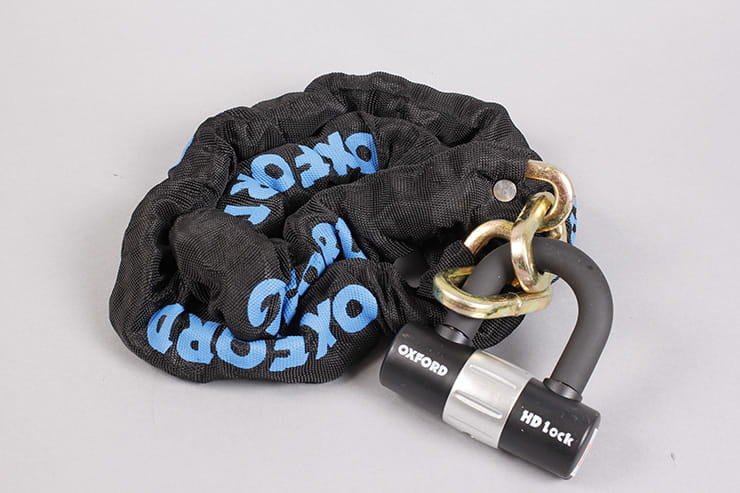 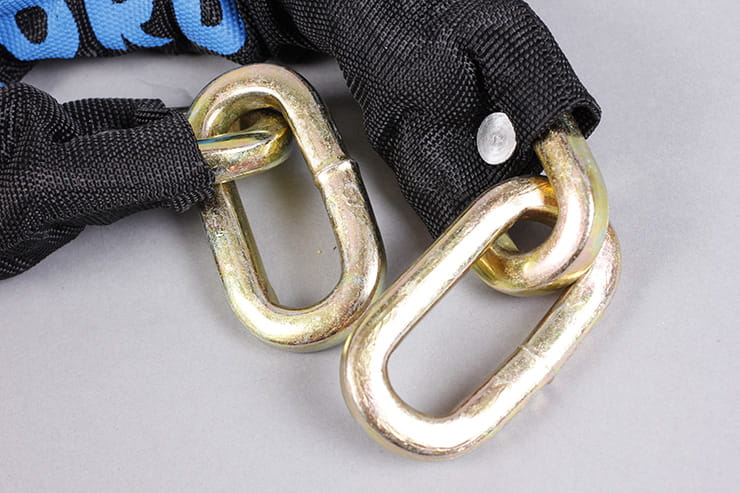 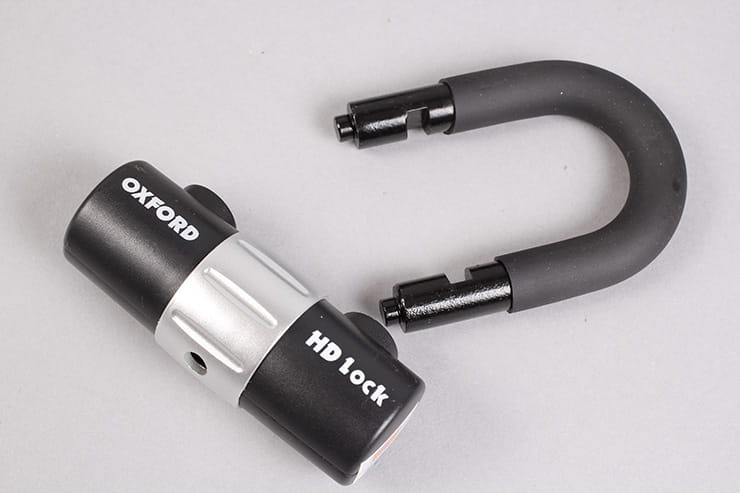 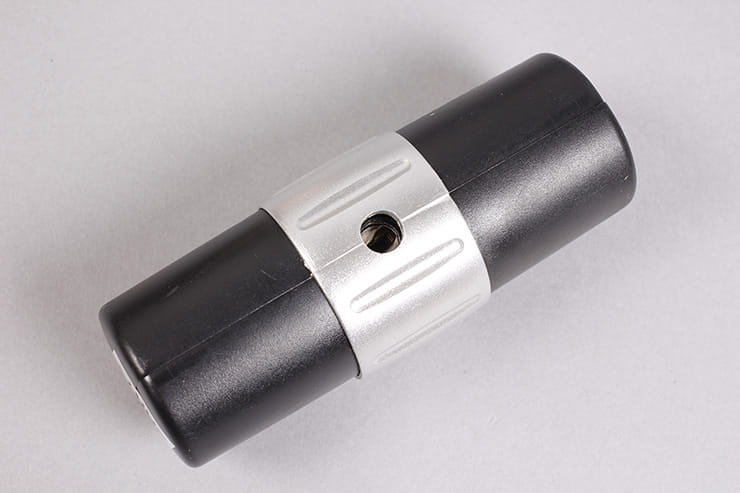 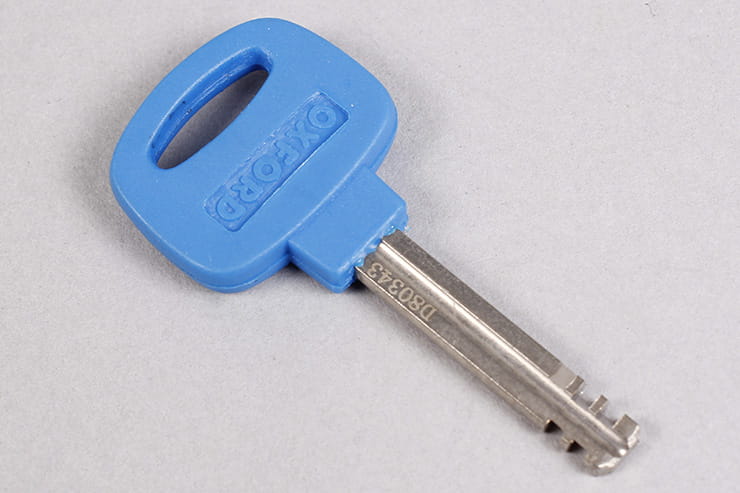 Rated as Sold Secure category Silver for scooters, the Oxford HD security chain and padlock comes in lengths of 1, 1.5 and 2 meters – we’ve tested the 1.5m model. The chain has a soft but tough fabric sleeve over it, with riveted ends to stop it moving. It’s not a waterproof sleeve, so it’ll hold water if left in the rain – you might want to use a carrier bag if taking it home in your luggage.

The padlock’s body has a plastic cover over it, while the shackle is protected by a rubbery sleeve. Thanks to its design, you can also use this lock as a disc lock without the chain.

Three keys are supplied, and the body has a revolving cover to help keep the rain and muck out.

The end links of the chain can be passed through each other, so you only need to pass one link through the shackle, though there’s plenty of space on the padlock to accommodate both links. The end links won’t pass through any of the others in the chain. 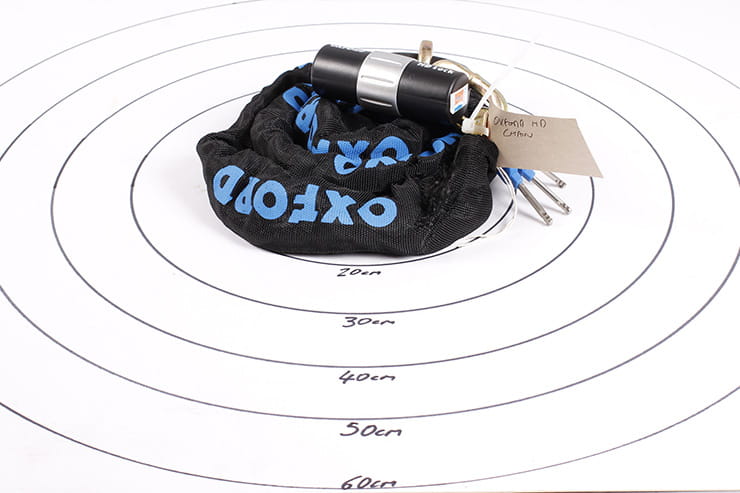 The chain can be rolled tightly – down to a diameter of about 20cm.

It was very easy to attack this chain with a set of bolt-croppers, and it offered no resistance to a sledge hammer attack with an anvil and plenty of room.

The 115mm angle-grinder went through it in an average time, though its small size made it trickier to hold safely when cutting, extending the time a little over what could be achieved.

The chain has round links, with a typical thickness of 8.3-9.4mm.

The padlock was much more resistant to a sledge hammer attack than the chain, so we stopped attacking it after a minute. The body stood up well, only the plastic cover coming off.

The angle grinder went through the shackle more slowly than the chain, proving it to be more resistant to attack than the lock.

The shackle was measured to have a thickness of 13.9mm. 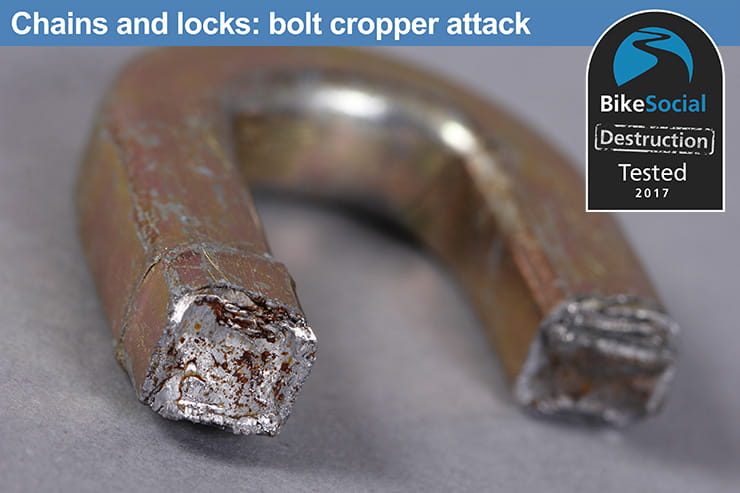 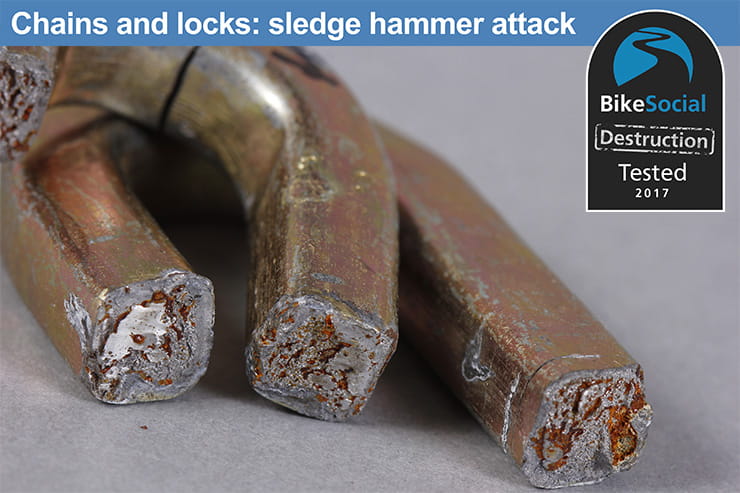 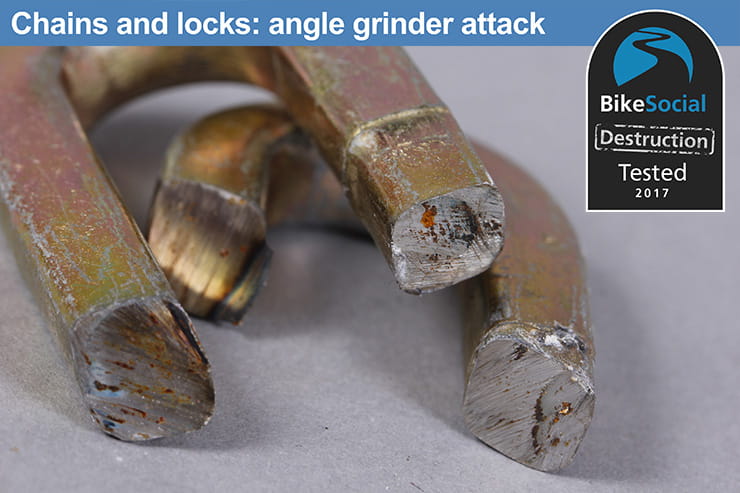 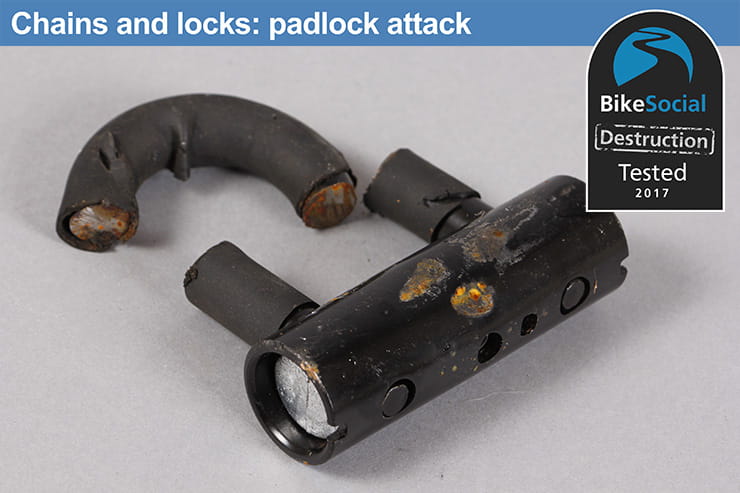 The versatility of being able to use the padlock as a disc lock counts in the Oxford HD’s favour, and while it offers little protection against any of our attacks, the fact that it’s light and compact means it still has its uses as a deterrent, especially where other machines are not secured. Resistance to a sledge hammer attack is very bad, but keep the chain off the ground and a thief won’t be able to use this method.