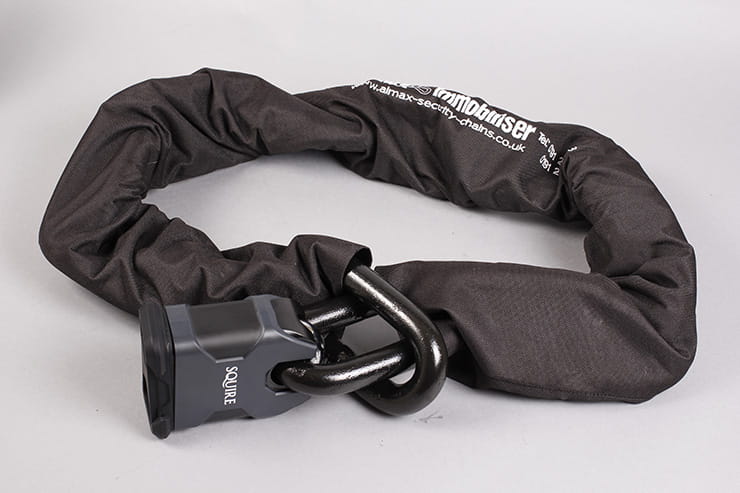 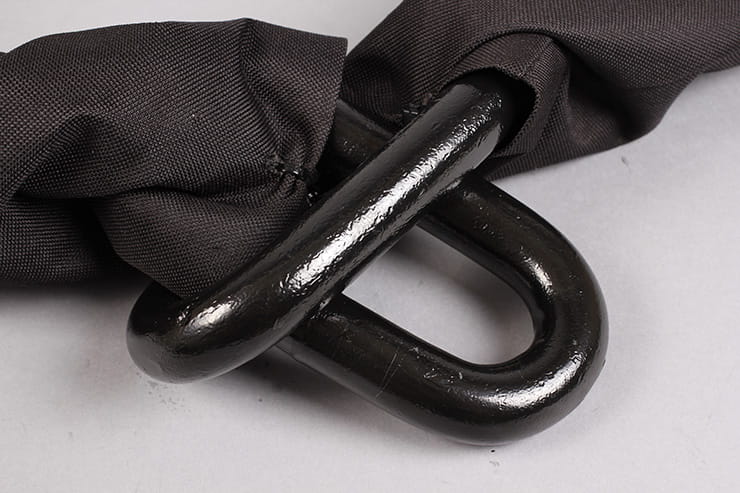 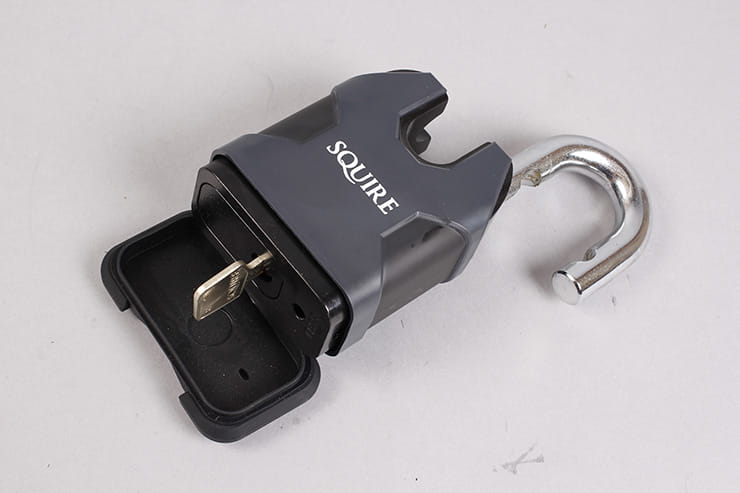 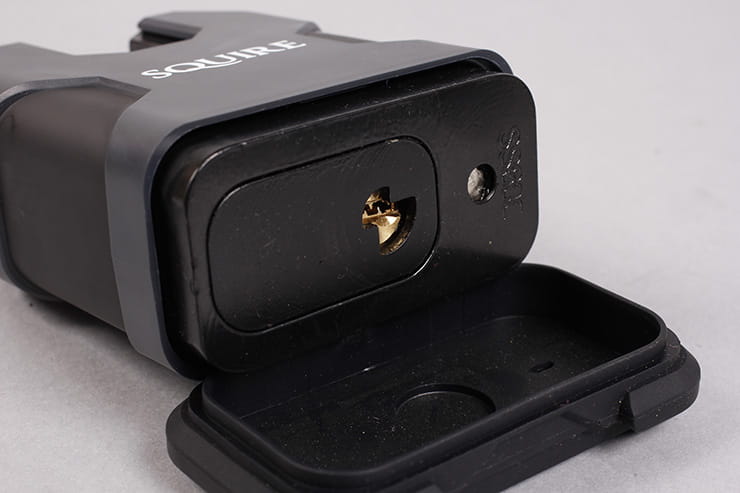 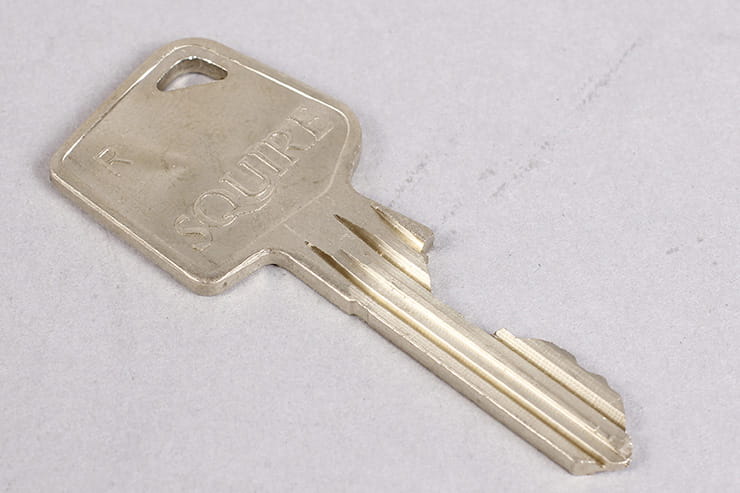 Available in two sizes – 1.6 and 2.1 meters, we’ve tested the shorter chain, which comes with a waterproof sleeve that’s retained at each end by zip ties. The end links can be passed through any of the other links, meaning it’s possible to effectively shorten the chain to keep it tight.

The chain’s paired with a Squire SS80CS padlock, which has a plastic sleeve and a rubber cover over the key way. Our cover fell off during pre-testing photography, as the retaining strap is very fragile. Once off, it doesn’t want to stay in place, so will be easily lost. Two keys are supplied. 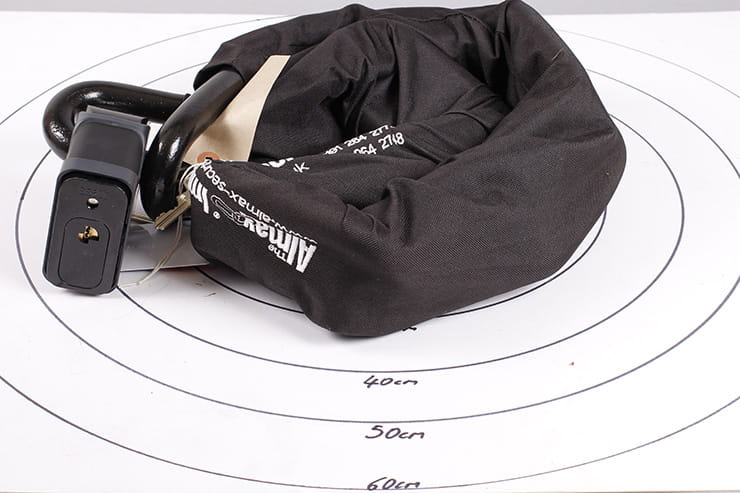 If rolled up, the chain covers a diameter of approximately 36cm.

We couldn’t keep the Series V’s links in the bolt croppers, let alone cut them. Using the worst case scenario of an anvil and plenty of space for the noisy sledge hammer attack, we failed to even put any cracks on the chain. It’s worth noting too that, when we tested freeze spray and hammered the chain, there was still no visible damage at all.

The only way to cut this chain, which has 21.0-23.0mm-thick round links, is with an angle grinder, where our 115mm cutter took a very long time – the chain had to be flipped three times as the disc wore away so extensively.

On an anvil, a sledge hammer attack resulted only in the padlock displaying some surface cracks and deforming. We were able to cut through the 16mm shackle but it was impossible to get an angle that allowed the link to be removed afterwards. With this chain, this is effectively an unbreakable padlock. 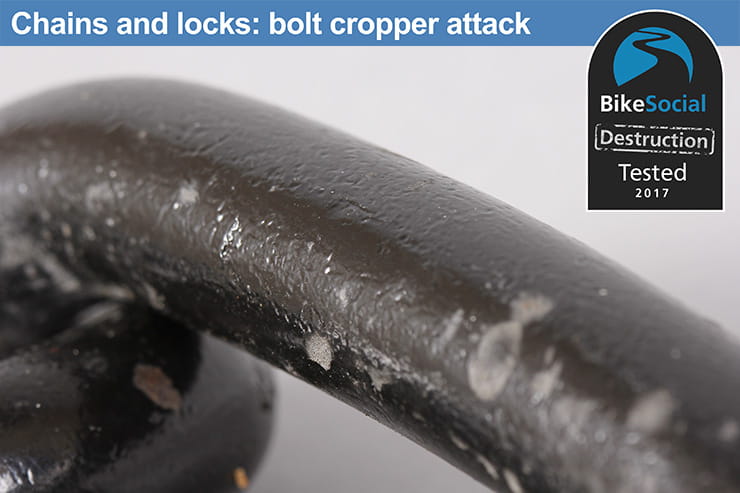 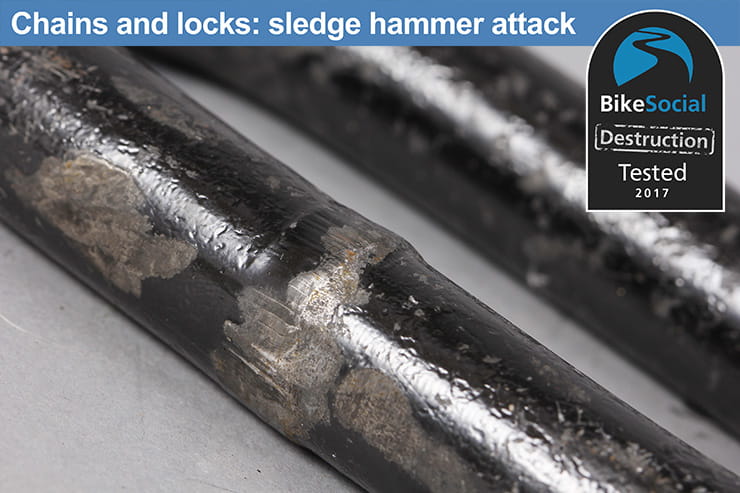 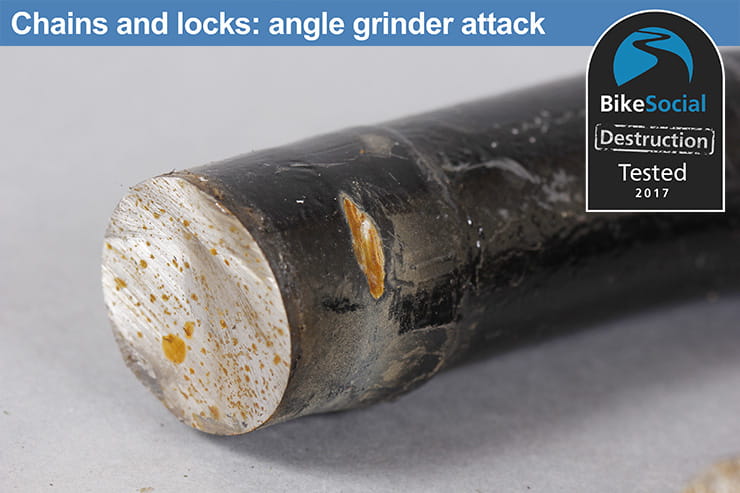 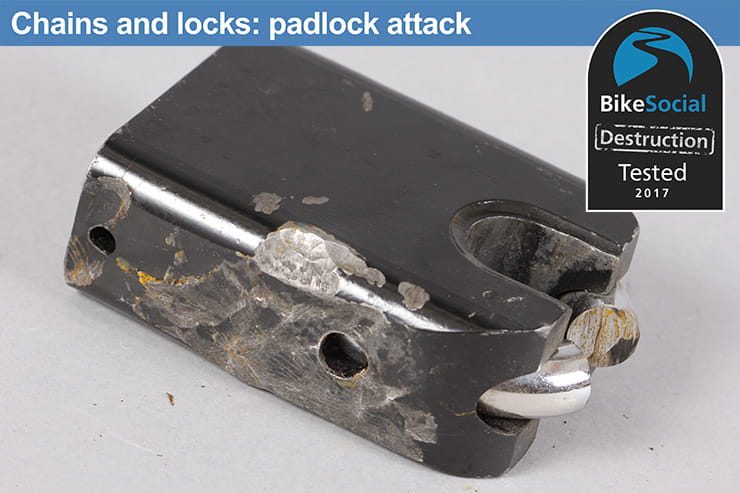 For home use, the Almax Immobiliser Series V and Squire SS80CS is a formidable combination. Typically, we’d advise users to always ensure they keep their chains and locks off the ground, to avoid any hammer attack, but in our test we found this to be irrelevant; we could not break this chain and lock.

Of course it can be cut using an angle grinder, but the time it takes is very significant – among the very best we’ve tested at the time of writing.

If you’re serious about your bike’s security, this is up there with the best, but keep in mind that if you want to use it away from home, it weighs twice what most motorcycle top-boxes are rated for, so you’ll need a very sturdy bag on the pillion seat. You'll also need to check that your ground anchor is large enough.